A rare BMW 3.0 CSL up for auction in stunning green paintwork

Home » A rare BMW 3.0 CSL up for auction in stunning green paintwork 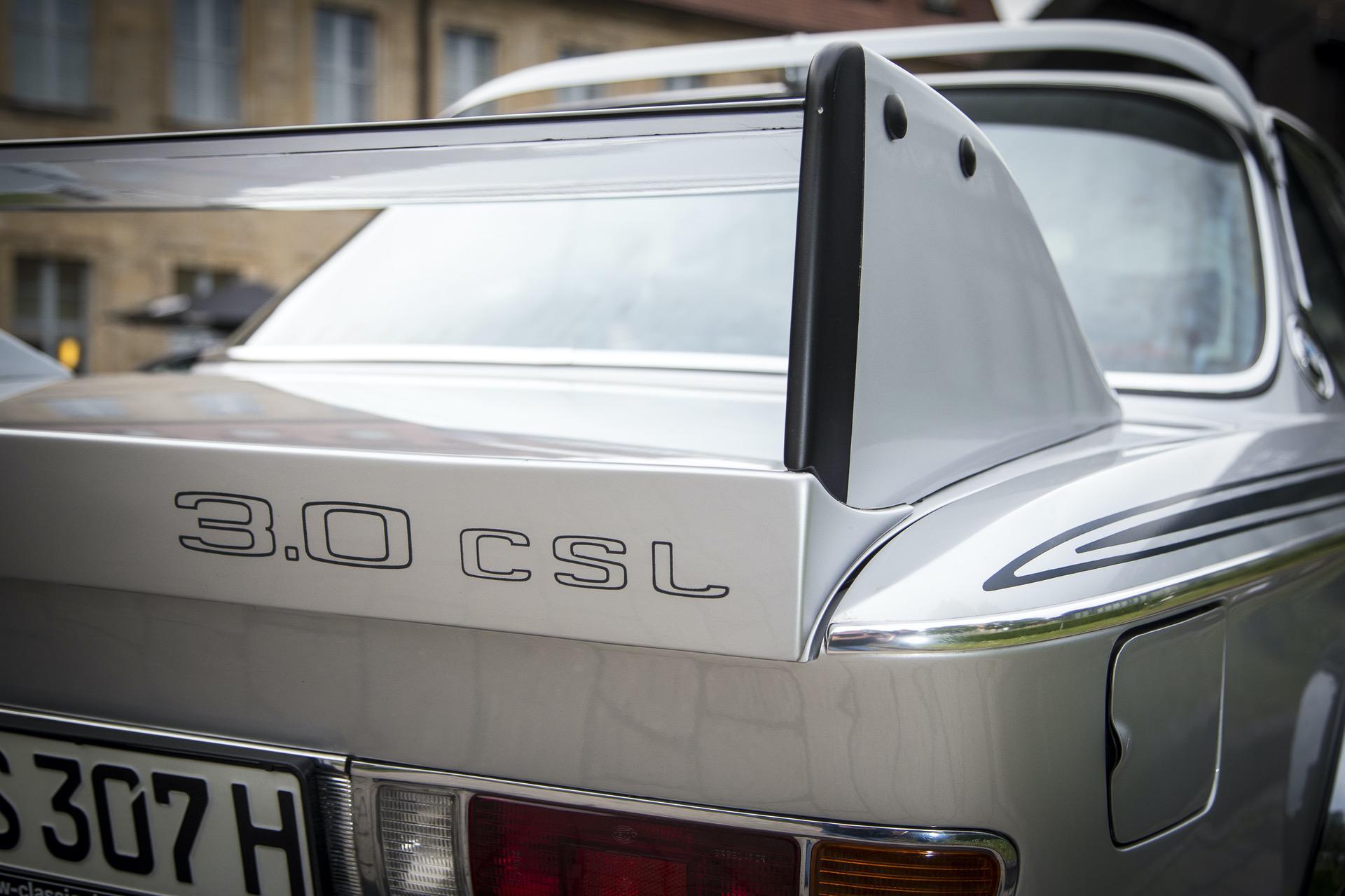 As far as iconic Bimmers go, the BMW 3.0 CSL is right at the top of the list. Among true BMW fans, or just can enthusiasts in general, the 3.0 CSL is considered an all-time great. Its styling, its brilliant engine and its impressive motorsport pedigree all combine to make it one of Bavaria’s best and a fan favorite. So when one goes up for auction, especially in an incredibly rare and stunning color, it piques our interest.

The car in question is a 1974 BMW 3.0 CSL, famously nicknamed the “Batmobile” and it’s currently up for auction on Bring-a-Trailer. Road-legal 3.0 CSL are homologated race cars, essentially, so this specific car sports the massive rear wing and all of the excellent aero that adorned the famous race car. It also gets fixed-back sport seats and the classic “3.0 CSL” livery.

Speaking of which, it also wears Taiga (green) Metallic paintwork and it’s a stunning color. While it’s not the original paint, the car has had a bare-metal paint respray in its original factory color, as well as a full restoration. That color makes this specific BMW 3.0 CSL one of only four in the world. So it’s a very rare color for an already rare car.

It also just looks superb. That color lends itself well to the funky ’70s styling of the CSL and is one of the best we’ve ever seen on one. It’s also in perfect condition, as it’s already had a full restoration. The only potential bugaboo for some purists is the fact that it’s engine isn’t original. When the current seller acquired the car, it sported a 3.5 liter inline-six, rather than the original 3.0 liter I6, so it had already had an engine swap. But the engine was swapped yet again, this time to a 3.2 liter inline-six that’s been fully-rebuilt by  Terry Tinney Performance Motors of Livermore, California.

Still, it’s a gorgeous car and one that’s likely a blast to drive, so even with a non-original engine, it’s a fantastic classic to own. It isn’t cheap, though. With three days left on the bid, it’s already at $120,000. That’s quite a lot of cash but it’s also a very special car.