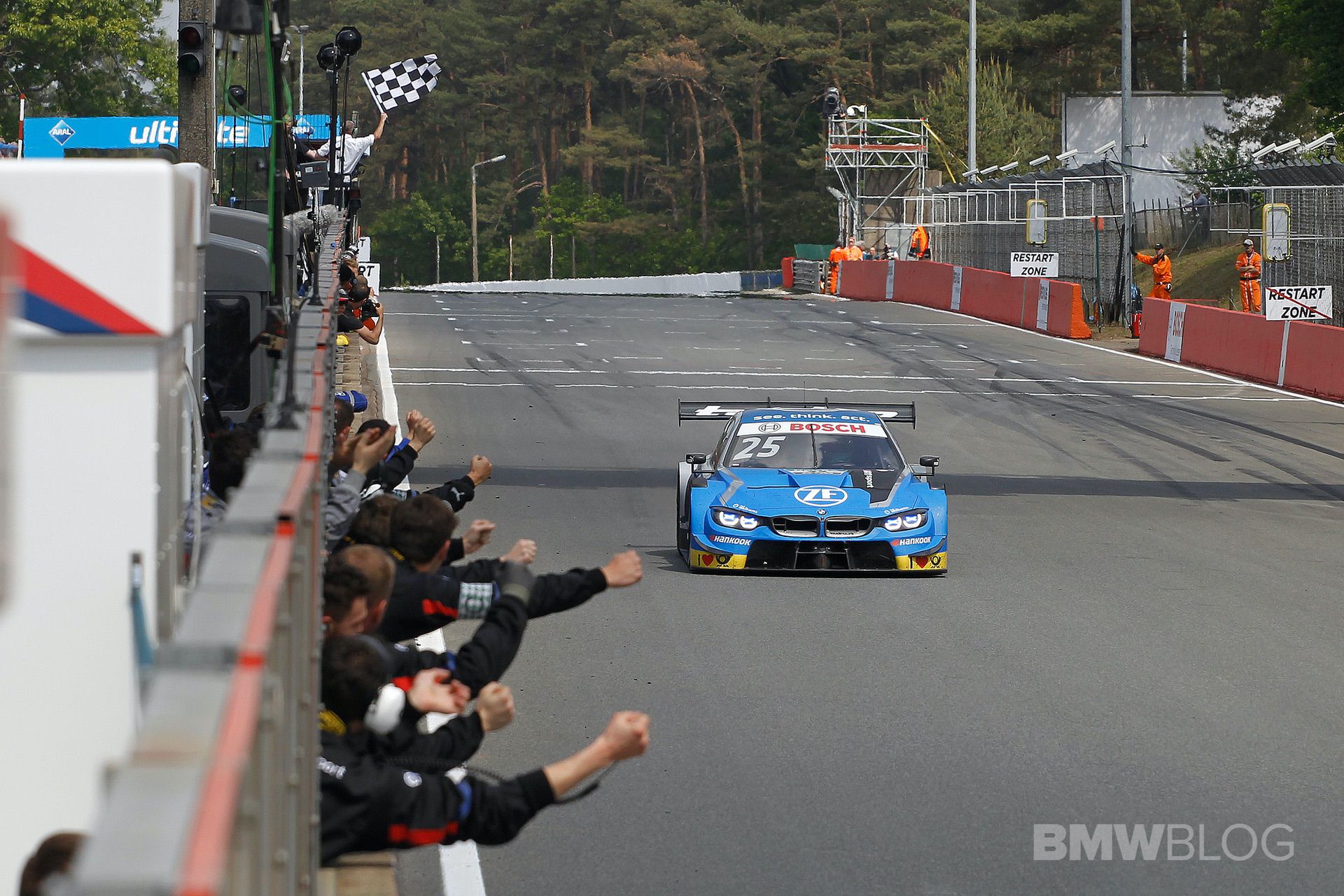 Triumph as the DTM returns to Zolder (BEL): in the third race of the DTM season, Philipp Eng (AUT) has celebrated the first DTM win of his career in the ZF BMW M4 DTM. Joel Eriksson (SWE) completed the one-two result for BMW Team RBM in the CATL BMW M4 DTM. This was the very first home race in Belgium for the team headed by Bart Mampaey. 35 years after Harald Grohs (GER) claimed victory at the very first DTM race, a BMW driver has topped the podium once again at Zolder. 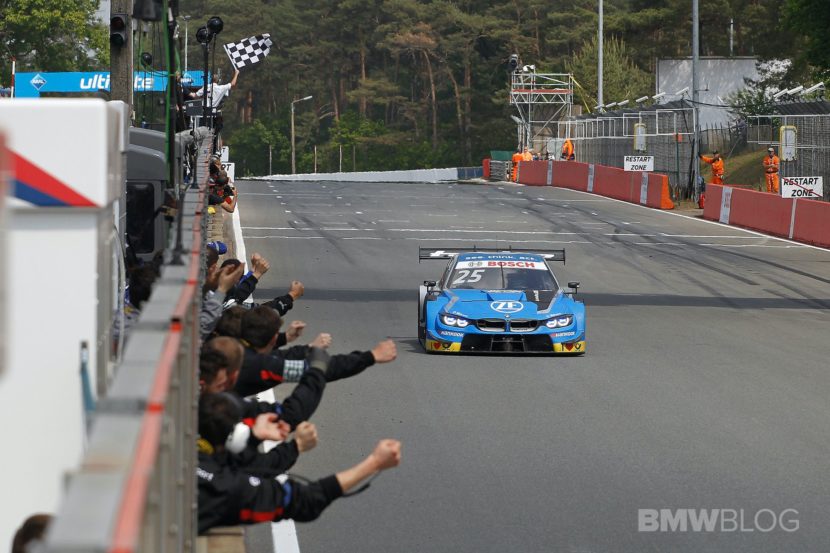 Eng and Eriksson were joined in the points by Marco Wittmann (GER), who had started the race from pole position in the BMW M4 DTM and crossed the line in seventh place. He now has 43 points, and remains just ahead of Eng (40 points) at the top of the standings. Bruno Spengler (CAN) finished tenth in the BMW Bank M4 DTM. He had started well from third place to move into the lead, where he remained until the decisive yellow flag period. 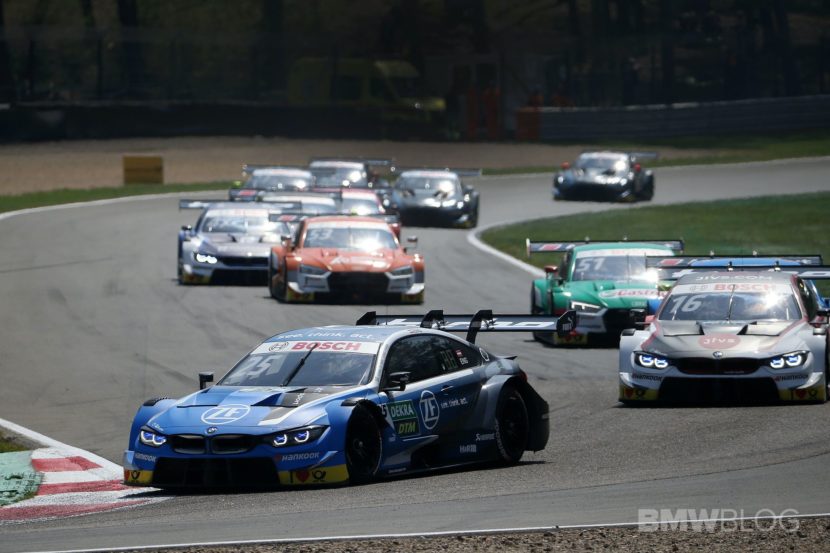 After 13 laps, the BMW M4 GTS DTM Safety Car brought the field closer together after Jake Dennis (GBR, Aston Martin) came to a halt at the entry to the pit lane. Eng and Eriksson were able to benefit from this as they, and a few other drivers, had already completed their mandatory pit stops by this point. Eng moved to the front when the leading group of drivers who had not stopped before the safety car period then came in for their tyre changes, and maintained his strong pace until the finish. Wittmann, Spengler, Sheldon van der Linde (RSA, Shell BMW M4 DTM) and Timo Glock (GER, JiVS BMW M4 DTM) then fell back, after having been in the leading group before the yellow flag.

“Congratulations to Philipp Eng on the first DTM win of his career, and to BMW Team RBM on triumphing at their home race in Belgium. Philipp drove a strong, tactically aware race on this challenging and unforgiving circuit that is new for us. The same is true of Joel Eriksson, who completed the one-two result for Bart Mampaey’s team. Overall, we delivered a strong team display with all six cars, performed at an outstanding level and got four BMW M4 DTMs into the top ten. Unfortunately, Marco Wittmann, Bruno Spengler, Sheldon van der Linde and Timo Glock were unlucky with the safety car period, and would have done better had it not been for that. It is great to return and top the podium, 35 years after Harald Grohs won the very first DTM race at Zolder for BMW, and 25 years since a BMW last started a DTM race at this circuit.”

“First home win for BMW Team RBM – that is just unbelievable. I still cannot quite believe it. Congratulations to Philipp and Joel on a fantastic race. They really earned the success. I also have to thank the strategy experts, who did a great job working out the tactics for the race. Unfortunately, Sheldon had some bad luck during the safety car period but delivered a great performance nonetheless.”

“It will take a while for me to get my head around this. The win is a life-changing experience. Looking back over my career, I had a very hard time becoming a BMW works driver and getting to the DTM. I am extremely proud of my achievement in adding my name to the list of winners in the toughest and best touring car series in the world. I am now the happiest person on the planet. I am grateful for being able to race for BMW and for the fact that my team RBM always challenges me to improve. That is exactly what I need. I would like to dedicate this win to my mentor Charly Lamm, who helped me so much on my journey to the DTM. Now I hope that I will be full of champagne after every race.”

“It was great. My start was not brilliant but it was clear that we had chosen a different strategy to a lot of other drivers. That’s why I tried to keep a clear head and keep pushing forward. The safety car was very good for us. Nico Müller made my life pretty difficult again at the end, but I was able to hold him off and cross the line in second place. The entire team deserves recognition for the sound strategy. Congratulations to Philipp Eng as well, and to our BMW Team RBM on this great home win.”

“The first section of the race was very good. I was able to defend my starting position. The safety car didn’t help us at all. It was just bad luck but I hope that we can score some points again tomorrow. I am happy for my team and my team-mates. What a great result!”

“Congratulations to Philipp Eng, Bart Mampaey and the entire BMW Team RBM. They really earned the success. Unfortunately, that was the second time that the safety car has decided the race, as happened on the Sunday at Hockenheim as well. Our drivers suffered due to that today and we are disappointed as a result. The consolation is that a BMW won the race.”

“In general, starting from pole position and scoring three points makes that a good day. Unfortunately, I didn’t have the best of starts – unlike Bruno Spengler, who began the race in sensational fashion from third place. I had good pace from then on and was able to follow Bruno easily when he was in first position but unfortunately, the safety car wrecked my race. That is very annoying. I gave my all at the end to do as well as I could. I think we had the best racing pace but it wasn’t meant to be. Congratulations to Philipp Eng, Joel Eriksson and BMW Team RBM on the one-two result!”

“Congratulations to Philipp Eng, Joel Eriksson and BMW Team RBM. My qualifying result and my start were very good but I think that I would have been better off playing the lottery today. There’s really not much more to be said.”

“The entire BMW Team RMG was out of luck with the safety car period today. Philipp Eng and Joel Eriksson were just that bit better. Congratulations on the one-two result. I didn’t have the pace I wanted during the race and simply crossed the line at the end – but without the result I had wanted.”