Through a new independent study, BMW is claiming that their share of the electromobility market is on the rise as 2019 rolls in. The Bavarian brand published a couple of interesting statistics about the electromobility market late last year, highlighting just how much of it the BMW brand accounts for. As 2019 came by, new numbers are being crunched up and it seems like BMW is further strengthening its position.

In Germany, at the very least, BMW is the best selling brand of electrified cars since January 1st. The data compiled in Munich shows that BMW accounts for 20 percent of the market, whereas last year it stood at 19 percent. Volkswagen, on the other hand, lost 1 percent, dropping from 17 percent in November last year to 16 percent in February 2019. Third place goes to Smart, unsurprisingly so, as the Daimler-owned company offers a really cheap EV choice for interested customers.

Increasing the scale and moving to the entire European continent, BMW is still the best selling brand, accounting for 17 percent of all electrified car sales, followed by Volkswagen with 12 percent and Nissan with 11 percent. The top three is unchanged from last year, even though the percentages changed a bit, VW losing 1 percent to Nissan. On a global scale ,some might be surprised to learn that Tesla is not the biggest seller of electrified cars.

Instead, the Chinese company BYD (Build Your Dreams) stands on the top spot, boosted by sales in its home country, claiming 12 percent of all electrified cars sold worldwide in 2019 so far. Second place goes to Tesla with 10 percent while Beijing Auto comes in third with 9 percent. BMW just missed out on the podium with 8 percent. Compared to the results posted in 2018, this marks a swap between the top two positions, while former third-place BMW now no longer sits on the podium. 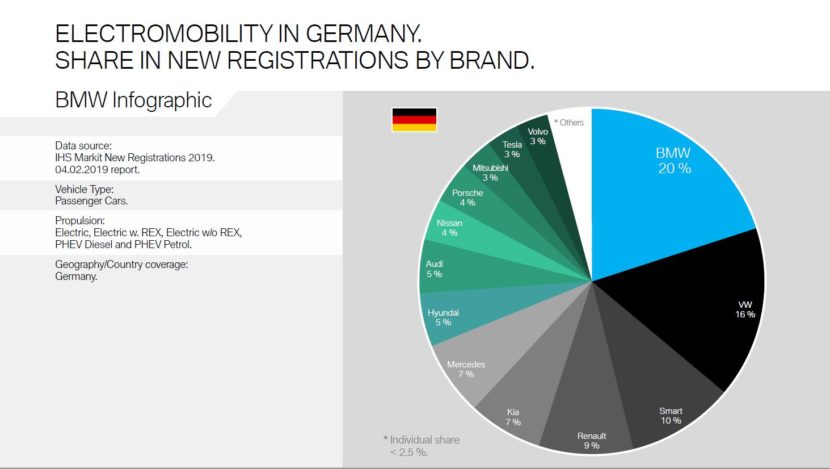 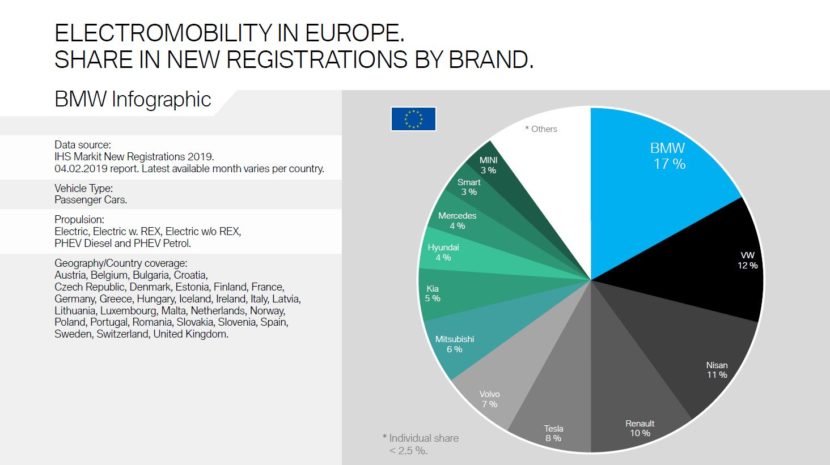