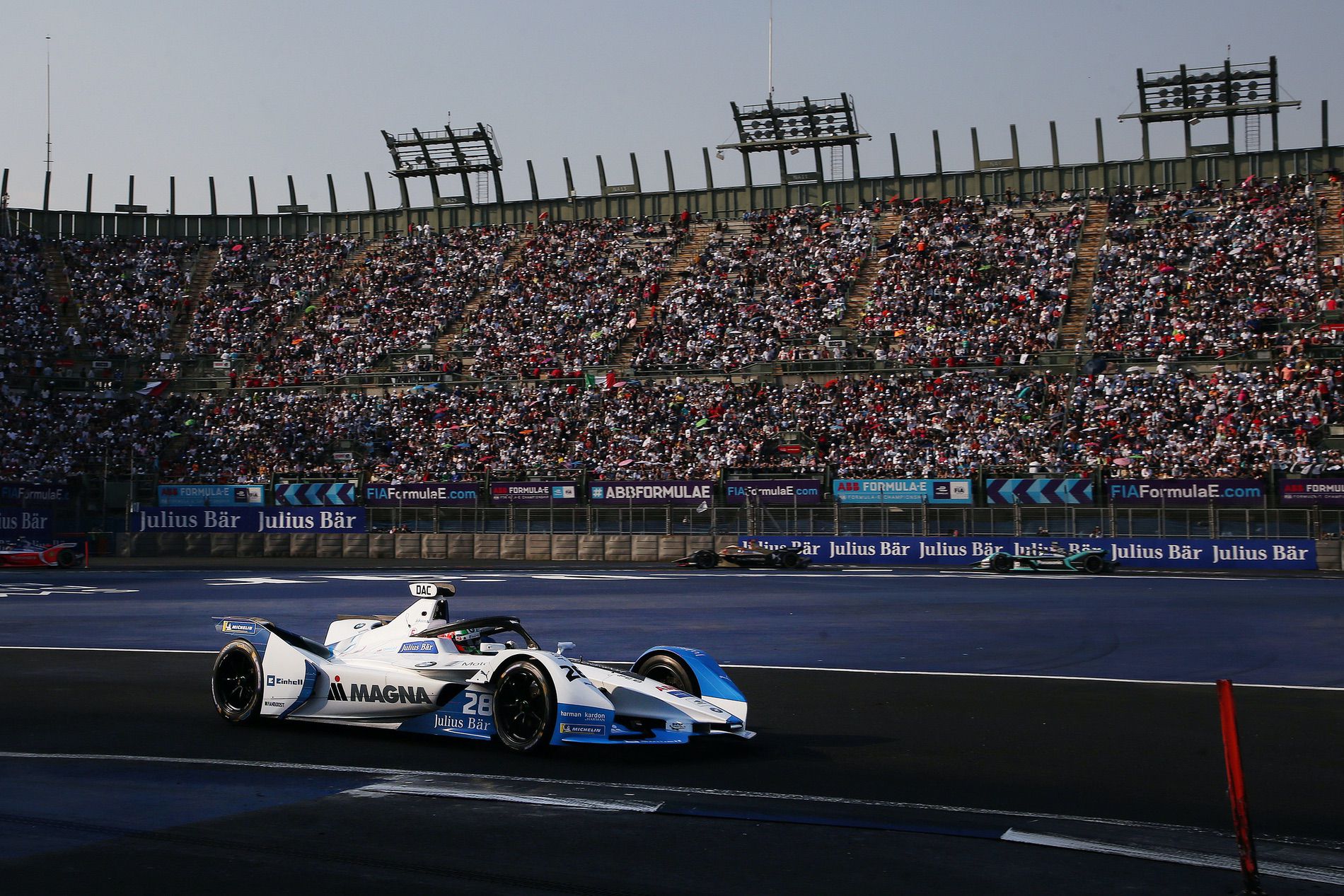 António Félix da Costa (POR) finished a turbulent Mexico City E-Prix (MEX), the fourth race of the ABB FIA Formula E Championship season, in second place, to take his second podium of the season after his win in Ad Diriyah (KSA). In the dramatic final stage of the race, the BMW works driver benefitted from strong energy management and moved up from fifth to a podium spot on the final lap. Through no fault of his own, Alexander Sims (GBR) was involved in an accident, which resulted in the race being interrupted, and finished the race in 14th place. 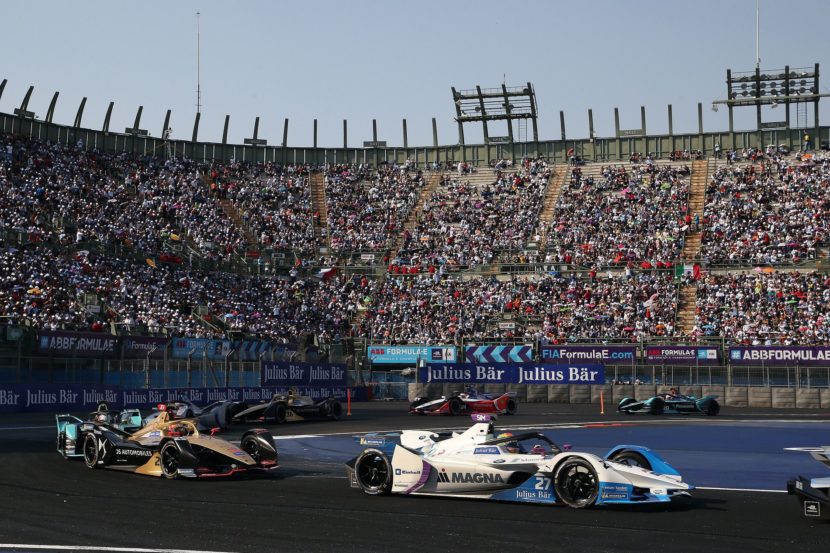 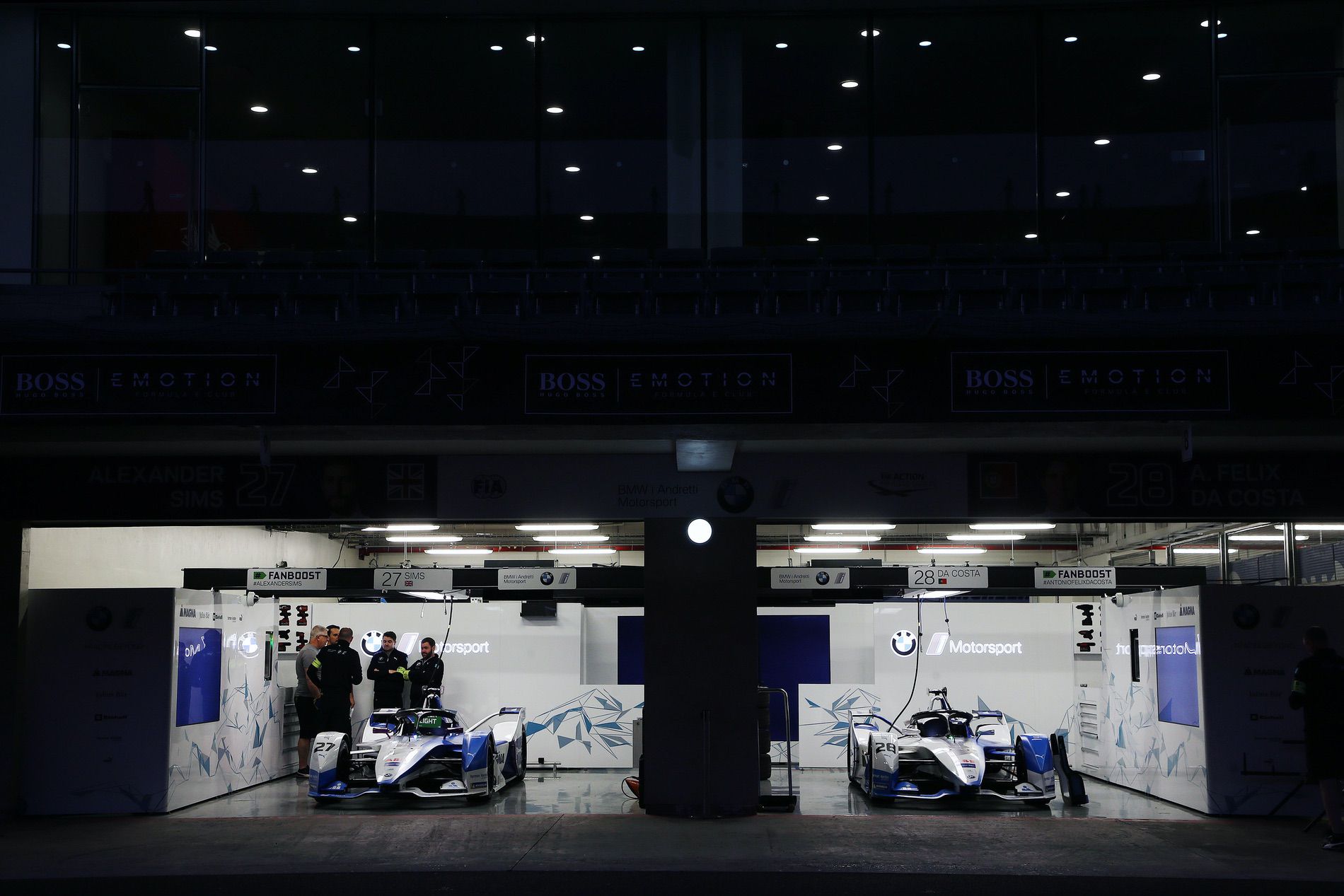 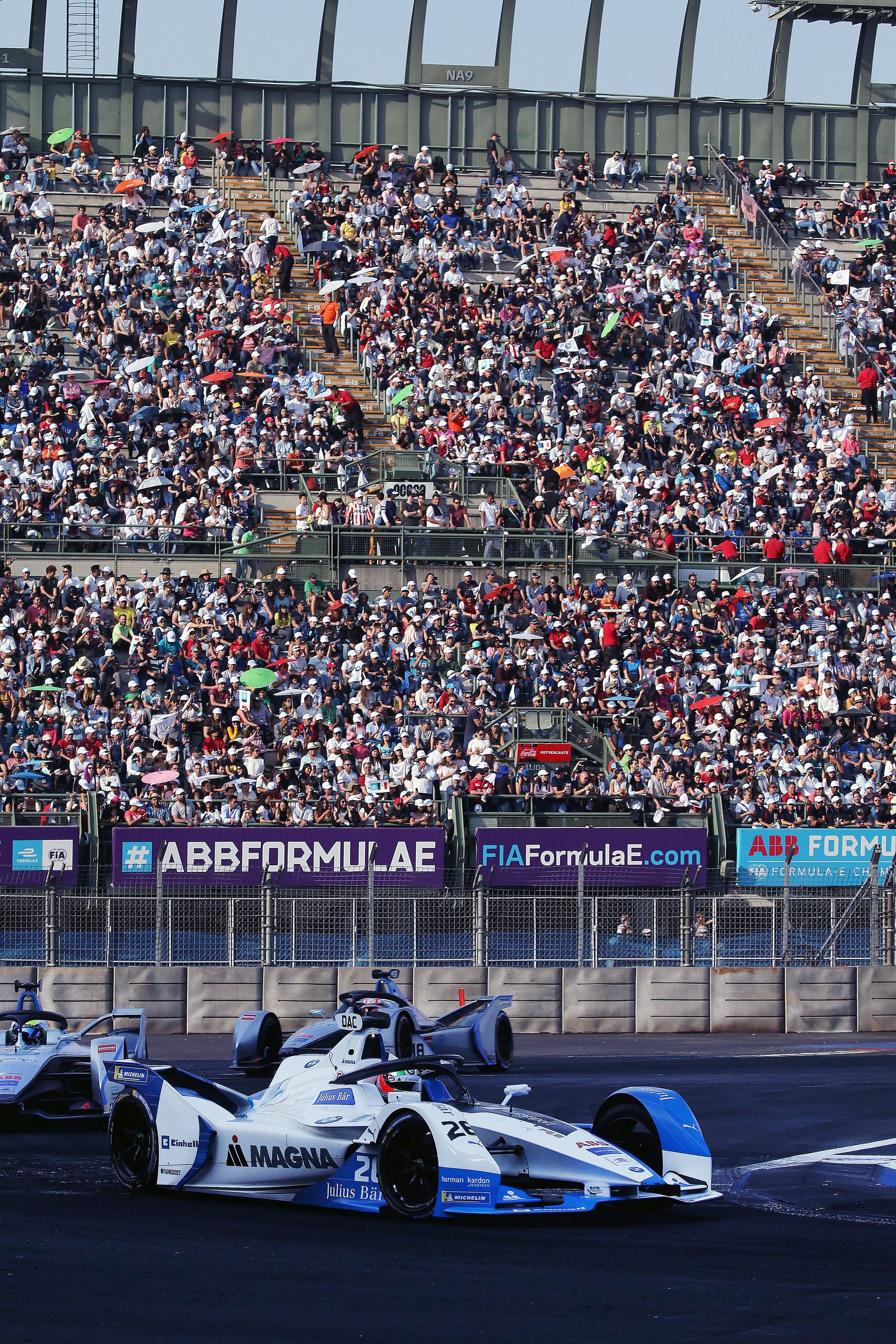 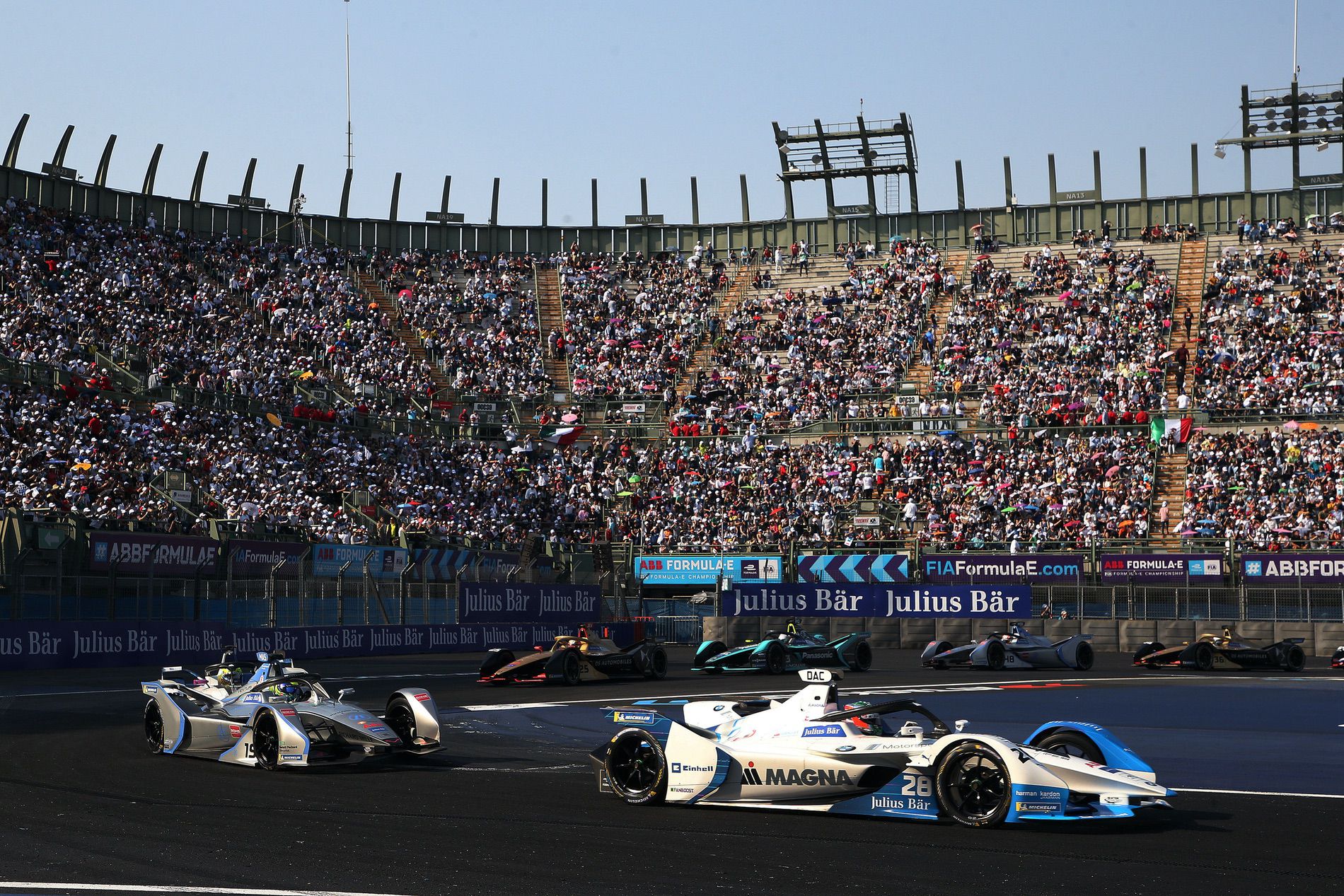 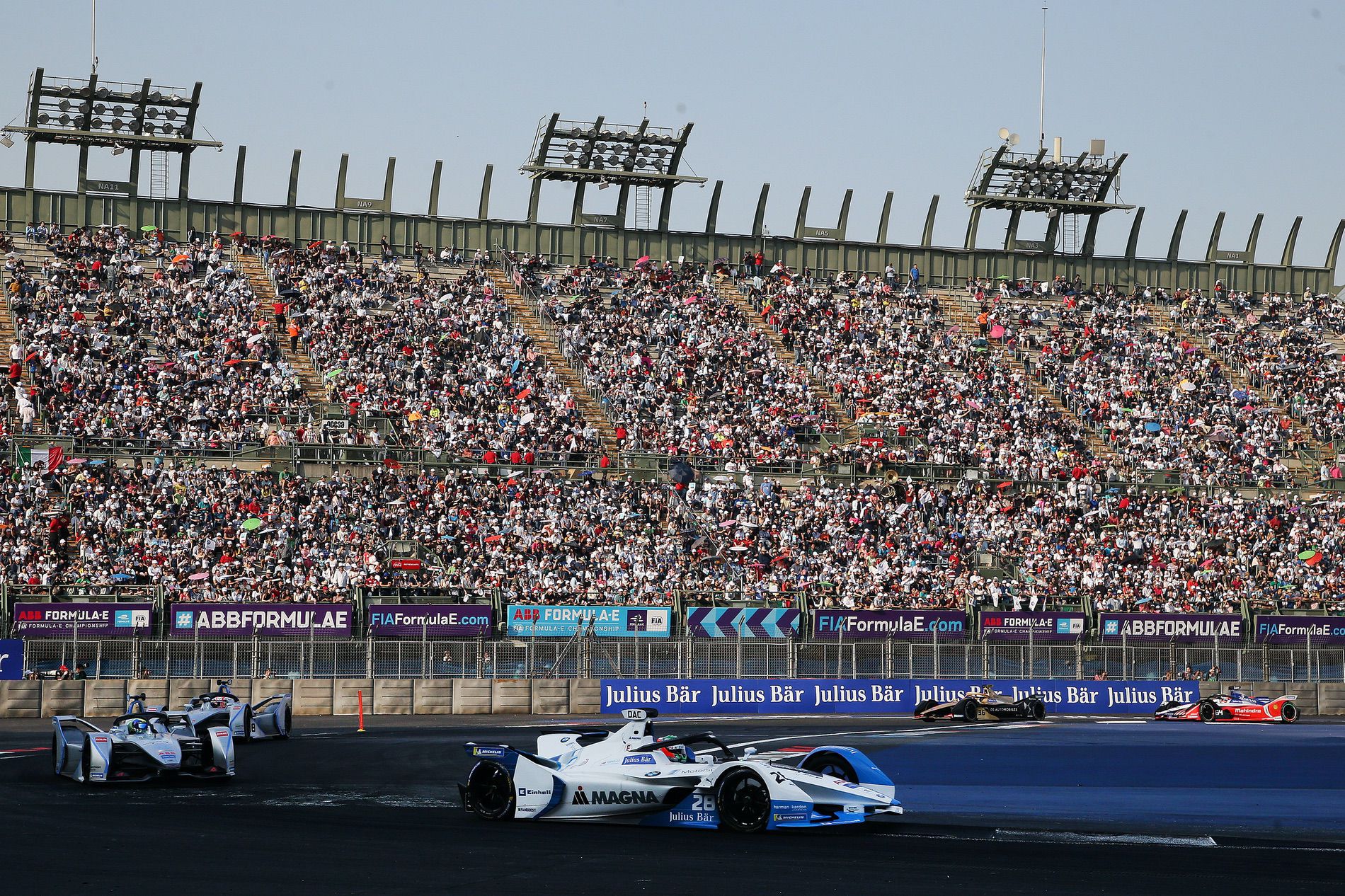 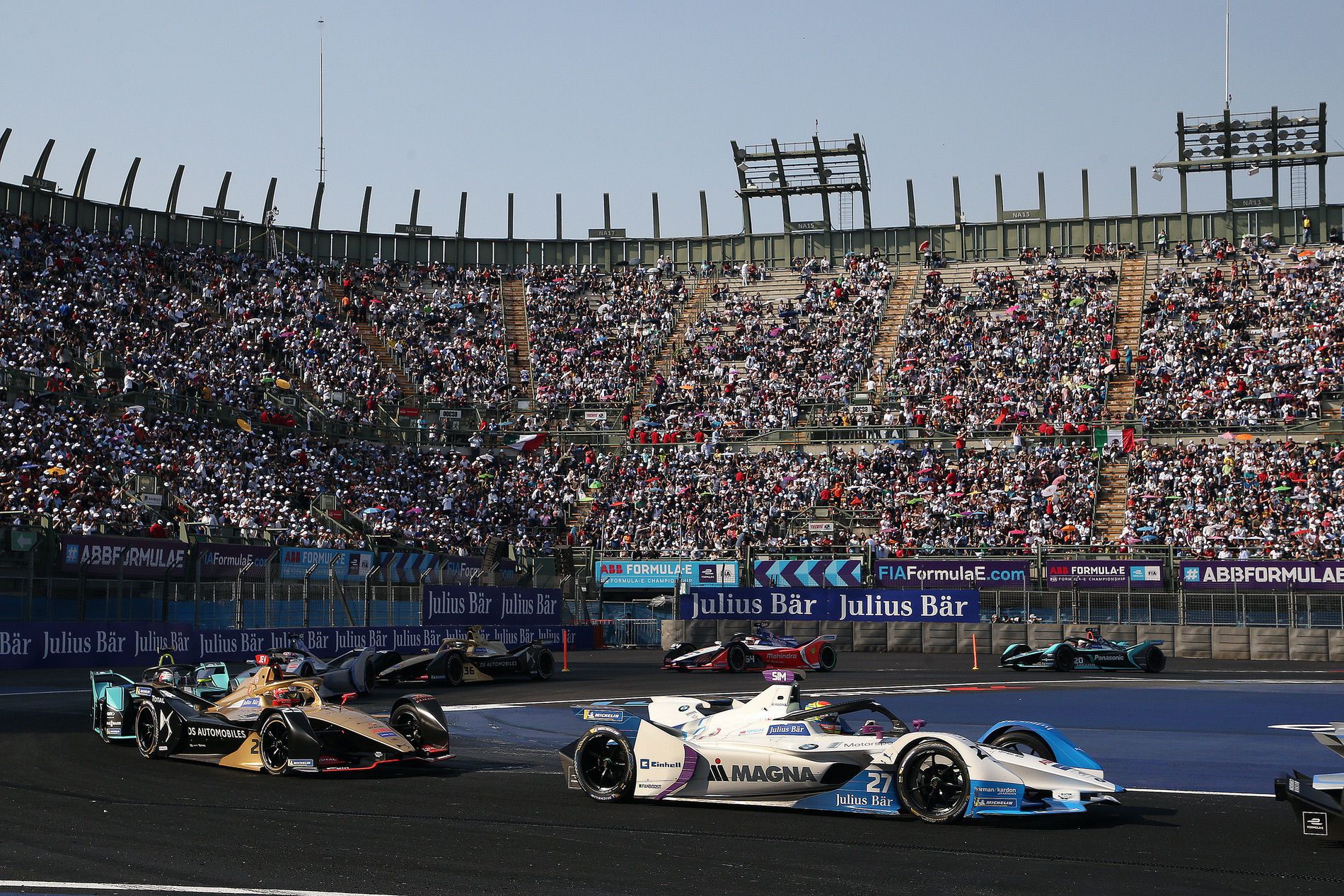 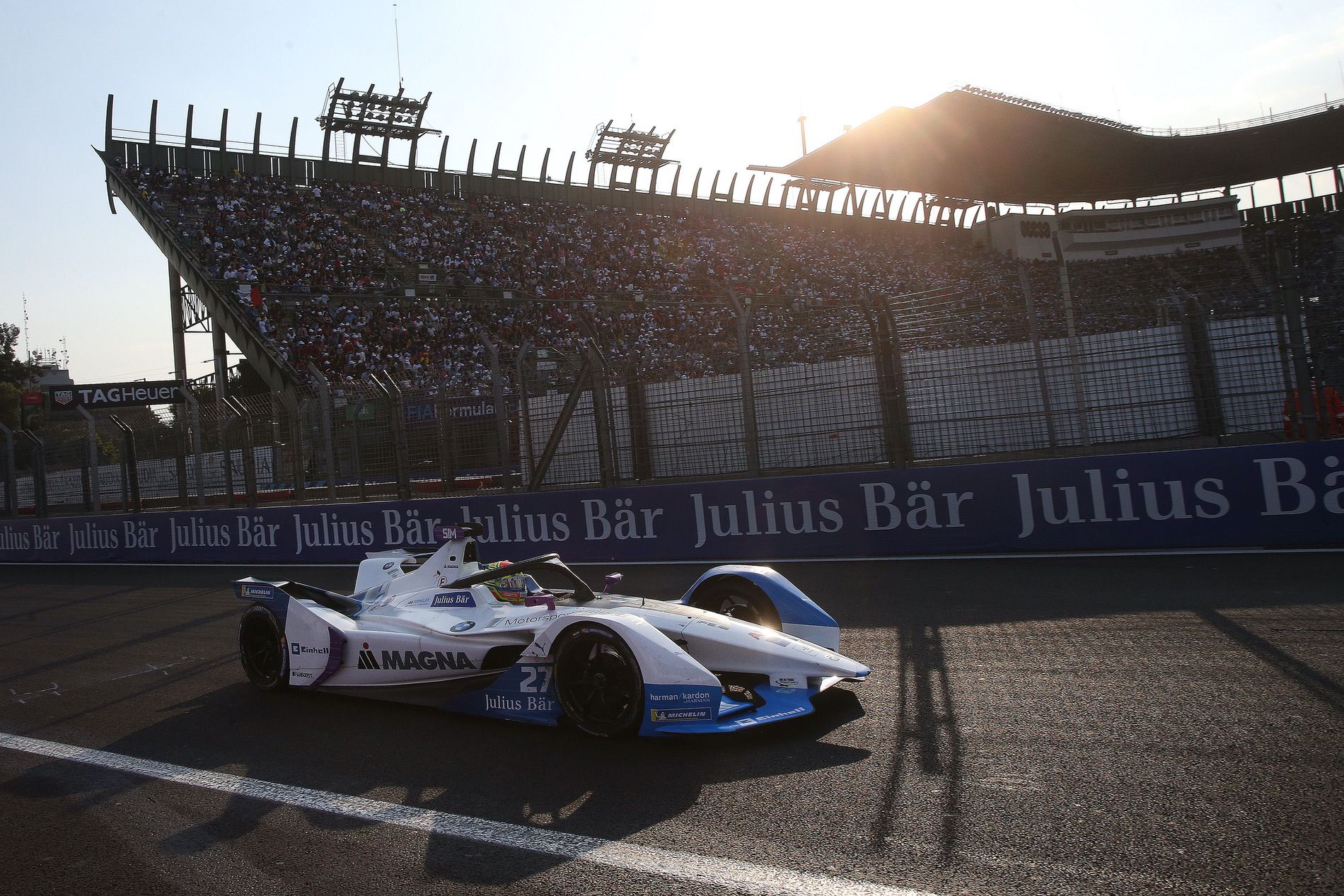 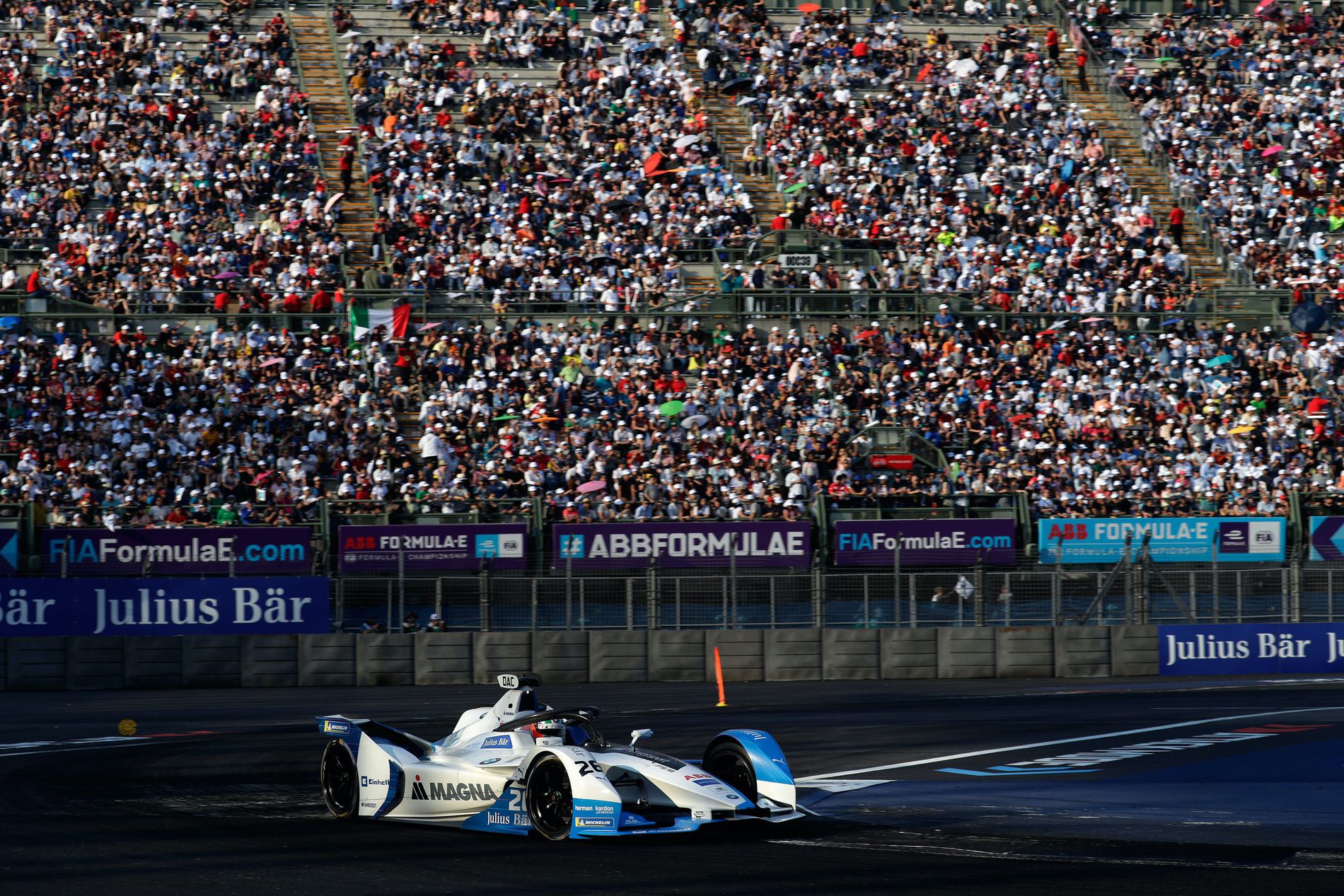 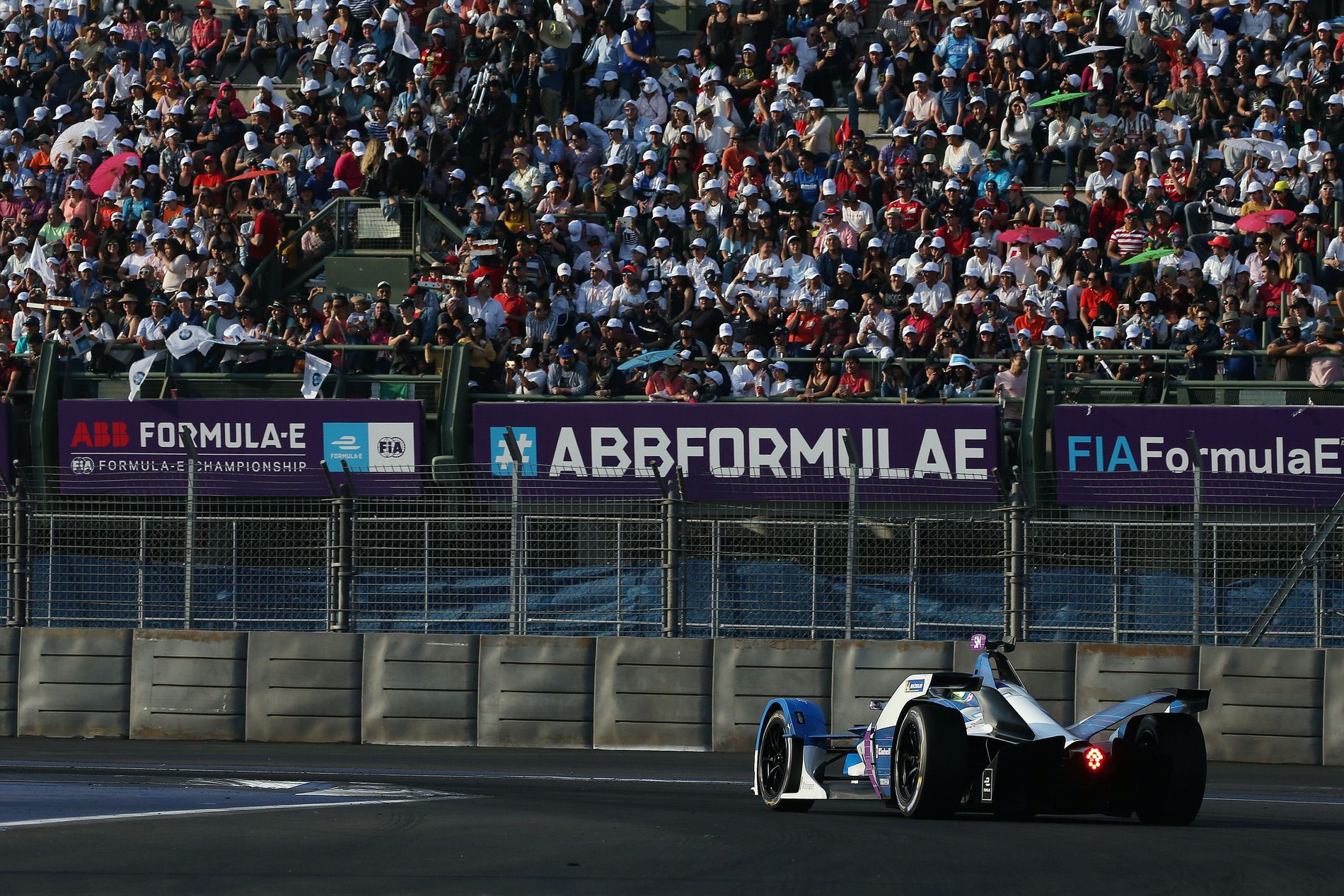 As the fastest driver in qualifying group one, Félix da Costa made it to the Super Pole and started the race from fifth on the grid. He remained in that position for almost the entire race and saved enough energy to be able to go on the attack in his #28 BMW iFE.18 in the final stage. While the majority of drivers ahead of him slowed down, Félix da Costa, who once again benefitted from FanBoost during the race, moved up several places. Second place saw him gain 18 points in the drivers’ standings and, with 46 points, he now lies second. BMW i Andretti Motorsport Team is third in the team standings, with 64 points. The win in Mexico went to Lucas di Grassi (BRA). 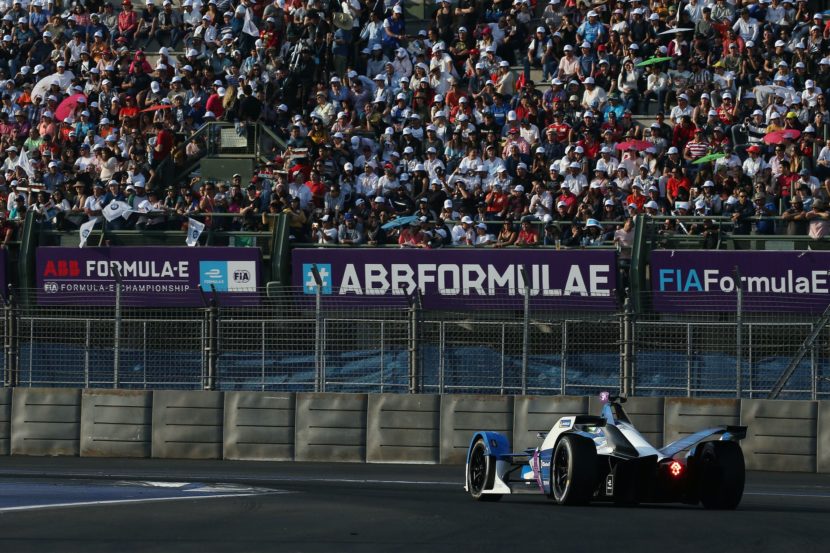 Sims, who qualified in seventh place on the grid, was hit by another car in the opening phase. Behind him, Nelson Piquet Jr. (BRA) collided with Jean-Éric Vergne (FRA), took off and slid off the track out of control and at high speed. He hit the rear of Sims’ #27 BMW iFE.18 in the process. Sims spun and crashed into the barriers and was forced to return to the pits to change the front bodywork. The race was red flagged to clear the track after the accident and after a break of around 30 minutes the BMW i8 Coupé Safety Car, with its new design, restarted the field.

Reactions to the Mexico City E-Prix: 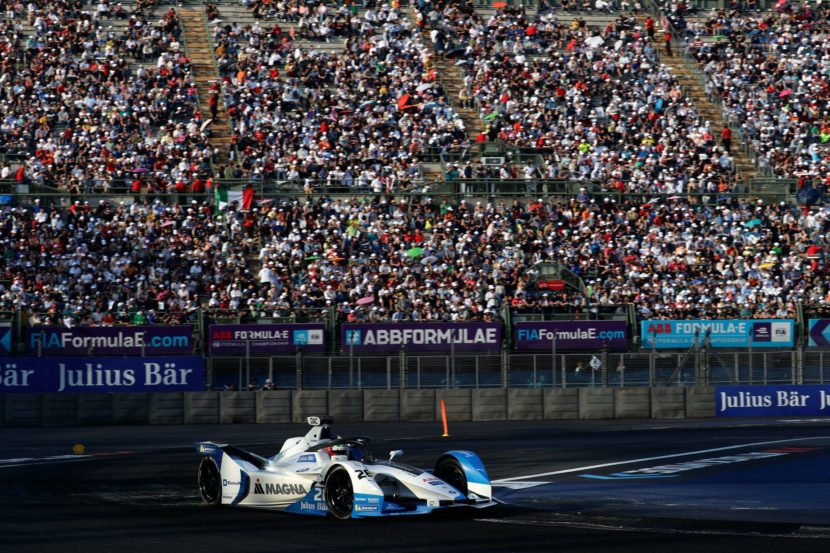 “What a race! António Félix da Costa battled superbly and kept his cool in his duel with Sébastien Buemi. Then, in the closing stage, our good energy efficiency and race strategy paid off. It was literally in the final metres that António moved up onto the podium. It’s a shame for Alexander Sims that he got caught up in an accident at the start of the race, through no fault of his own. If that hadn’t been the case, no doubt he would have finished much higher up the field. Congratulations to António and the entire team. Once again, we managed to convert the magnificent potential of the BMW iFE.18 into a top result. Long may it continue.”

“Racing in front of such a great crowd and finishing on the podium with António in the end is just amazing. I still have the memory of all the fans standing in front of the podium and all the BMW flags flying. Congrats to António who drove a very smart race. The engineers did a really good job to sort out the energy management. I feel sorry for Alex. He was an innocent victim today.” 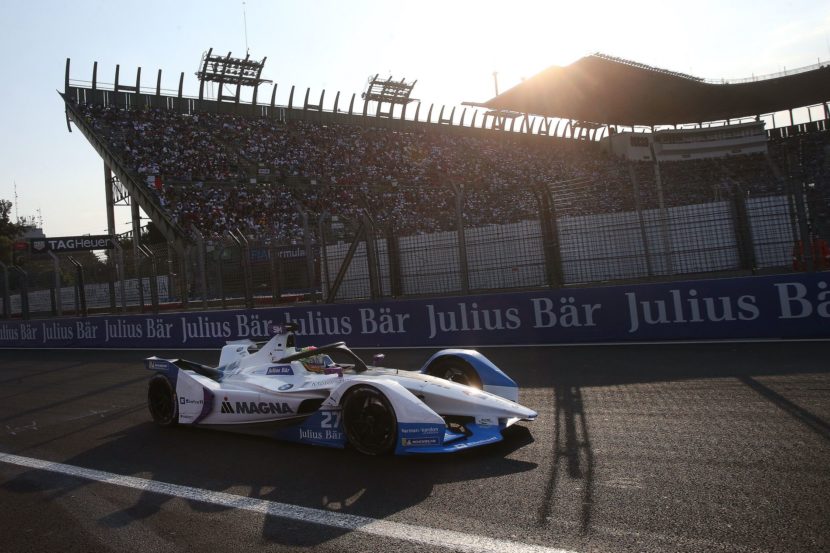 “Ahead of the race weekend, I said that we need to give it our all here to pick up as many points as possible. The fact that we managed second place will no doubt be great motivation for the entire team. I had a duel with Sébastien Buemi relatively early on in the race, during which I touched his car slightly. After that my steering was skewed, which naturally put me at something of a disadvantage, so I simply maintained my position after that and saved energy. As the end of the race drew near it became clear that some of the cars in front of me might start having problems, so I waited for my chance – and then took it. I’m delighted with the podium.”

“It isn’t the result that we had hoped for but it was out of our hands today. After Nelson Piquet Jr. hit my car the team’s reaction was fantastic and they got me back out on track as quickly as possible after the repairs. The car wasn’t working as well after that but I could still gain valuable experience and data. Those are the positives from today’s race.”