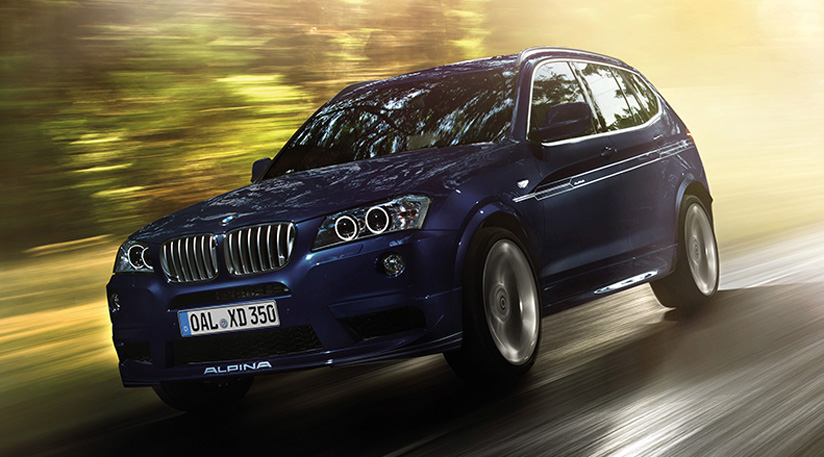 It’s not long after the release of the new BMW X3 that tuning/manufacturing company ALPINA begun working on one. It make sense, though, as the last X3 ALPINA created, the XD3, was actually quite an impressive car. Considering that this new X3 is better than its predecessor in every way, the next-gen ALPINA XD3 has a ton of promise. A recent BMW X3 test mule was caught testing and it’s been said to be the upcoming ALPINA XD3. (We don’t own the spy photos but they can be seen here)

There aren’t a lot of changes that seem to have been made to this X3 test mule. The new front bumper seems unique to this car, not having been seen on any other X3 we’ve seen so far. It’s not all that different from the current X3 bumper but ALPINA’s changes are typically quite subtle. The wheels on this test mule are also unique, as they aren’t on any other X3, however they aren’t the typical ALPINA wheels that are on literally every single other ALPINA. Though, they could just be test wheels.

One of the reasons why we think this is an ALPINA XD3 is that there aren’t many other things it could be. We’ve already seen the new X3 and the X3 M40i, so it’s not going to be a normal performance variant. It’s also far too subdued to be an X3 M and it only has two exhausts. So it’s not an M variant. So what else could it be, besides an ALPINA XD3, even if it’s not clear what it is?

If it is, indeed, an XD3, it will have a 3.0 liter turbocharged turbo-diesel I6 engine, much like the previous-gen XD3. It will have an upgraded turbocharger, new pistons and an engine tune, among other things, so it should be about as fast as the X3 M40i, while having more low-end diesel thrust.

We’re anxious to see what this test mule ends up being. If it does end up being an ALPINA XD3, we’re going to be very excited.