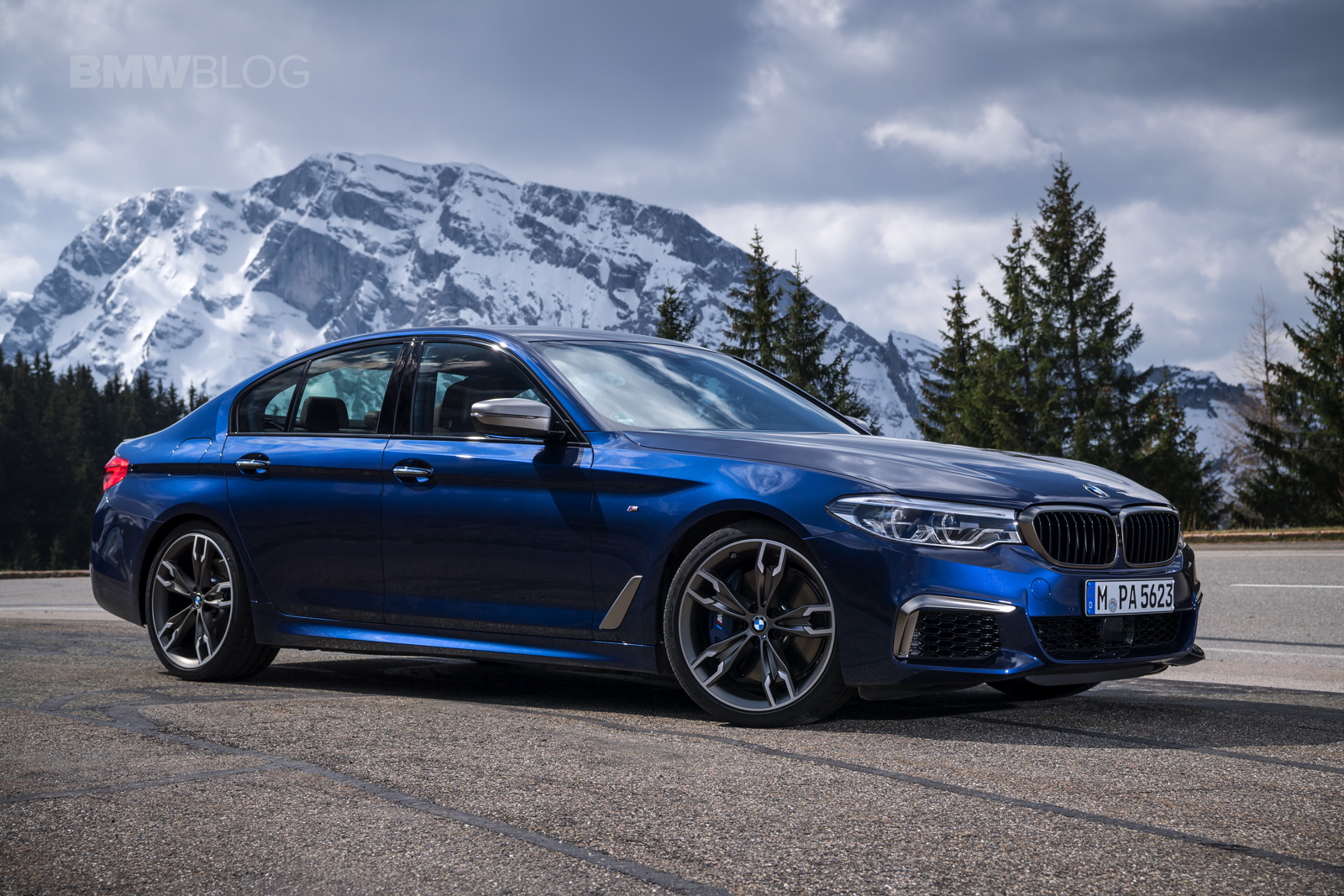 There’s a common expression that many car enthusiasts use nowadays, “M now stands for ‘marketing'”. Essentially, what they’re saying is the BMW’s M Division has become so diluted and focused on expansion that it’s forgotten to make rear-deal performance cars. A lot of the reason for this is that BMW has been slapping the “M” logo on cars that aren’t real M cars, cars like the BMW M240i. Except, it isn’t just BMW, as Mercedes-Benz has begun slapping “AMG” badges on cars that aren’t real AMGs. So let’s take a look at this AutoGuide battle between each brand’s lesser M and MAG variants, the BMW M550iand Mercedes-AMG E43, respectively.

Both of these cars are sort of the baby-variants of the proper, big-boy bruisers. Still, though, both cars are very fast and both have miles of luxury. So let’s take a look at both cars. Under the hood of the AMG lies a twin-turbocharged 3.0 liter V6, which makes 396 horsepower and 384 pound-feet of torque. That biturbo engine is mated to a nine-speed automatic and all-wheel drive. So it can get from 0-60 mph in 4.5 seconds, which is proper quick.

On the flip side, the BMW M550i uses a 4.4 liter twin-turbocharged V8 engine that makes 456 hp and 480 lb-ft of torque. So it’s significantly more powerful but needs a bigger, heavier V8 to do so. That mighty engine is paired with an eight-speed auto and also powers all four wheels. The M550i has been clocked at getting from 0-60 mph 3.9 seconds, so it’s quite a bit quicker than the AMG. However, when it comes to handling, the AMG might have the advantage of having quite a bit less weight over its nose.

In terms of ride and handling, the BMW M550i is really smooth, comfortable and stable. It’s also not a bad car in the handling department, either. However, its near 200 lbs weight penalty makes it feel less enthusiastic than the AMG. There’s a bit more body roll in the M550i and it just isn’t as athletic as the AMG.

Blame the extra weight of that V8, as the extra weight over the nose will make its front end less likely to bite well, more likely to understeer and reduce confidence it its steering. Which is a shame, because the 5 Series is normally a competent and good handler and, normally, better to drive than the equivalent E-Class. 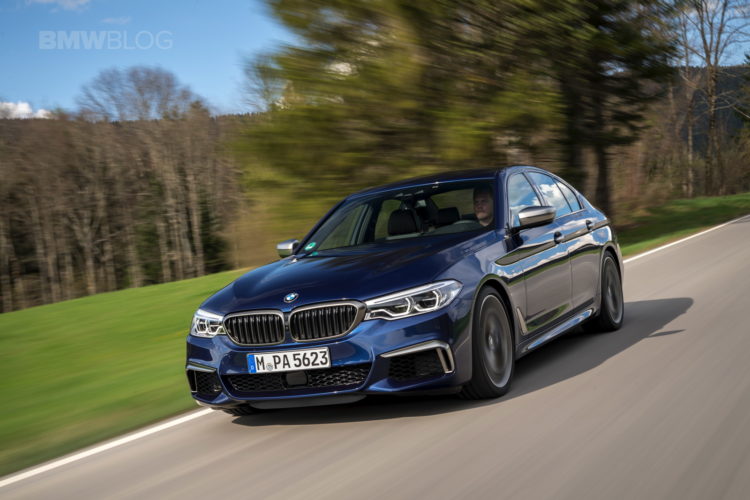 On the inside, the BMW M550i tries to claw its way back, with better technology and a really robust feeling interior. However, the AMG’s looks a bit flashier and more modern. BMW’s M550i does come loaded with impressive autonomous safety tech that the AMG doesn’t. Also, the AMG is a bit more expensive, comes with less tech and is slower. So it’s not as good of value. But its handling dynamics and cooler styling might make it more attractive to buyers.

AudiGuide ended up choosing the Mercedes-AMG E43 as the better car thanks to its slightly sharper handling and more modern looking cabin. Sure, it’s more expensive but AG seems to think it’s worth it.