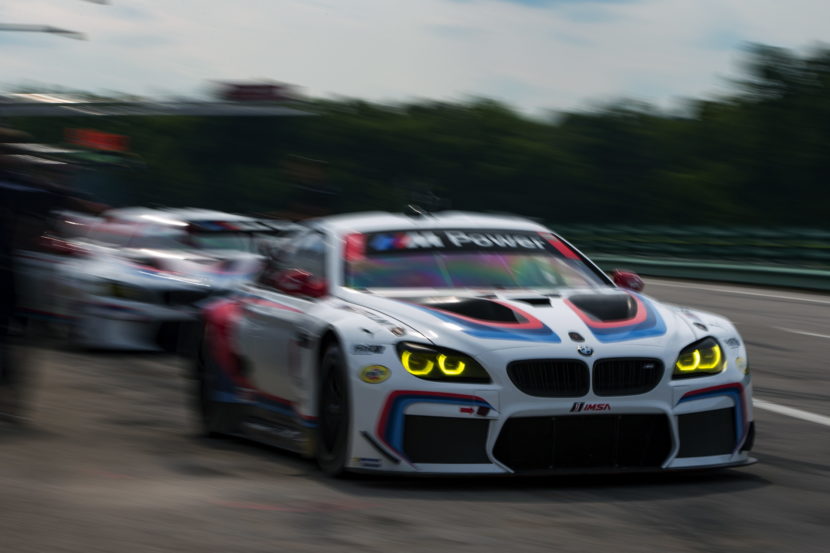 BMW Team RLL’s fourth and ninth place finishes in today’s IMSA WeatherTech SportsCar Championship Michelin GT Challenge at VIR are far different than the first 85 laps of the 93 completed would have predicted. A left front tire puncture with eight laps remaining forced the No. 25 M6 GTLM of Bill Auberlen and Alexander Sims into the pits after controlling the majority of the two-hour-and-forty-minute race and, ultimately, a disappointing fourth place finish. After a strong start, two technical issues with the No. 24 M6, of John Edwards and Martin Tomczyk, only allowed a total of 72 laps to be completed and a ninth place finish. 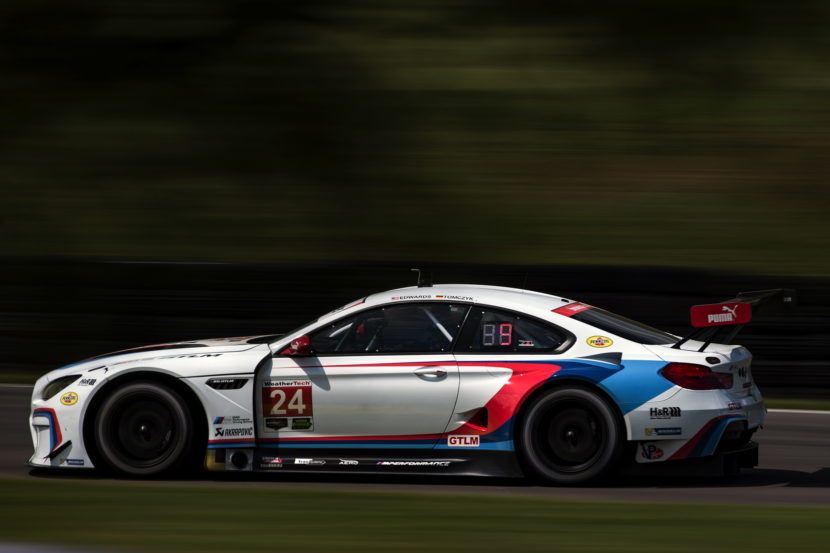 Sims made the most from the outside of the front row starting position to race the No. 25 M6 into the lead of the race just after the green flag waved. Continuing to press, he opened a healthy gap to the field and led for his entire opening stint before pitting to hand off to Auberlen on lap 29, some 49 minutes into the race. Auberlen rejoined the race in fifth and then cycled back to the point on lap 31 as the rest of the field completed their first pit stops. Edwards, starting from the third spot, maintained his position until an issue with the steering of the No. 24 M6 forced him to the garages on lap 12 for repairs. Unfortunately, 11 laps were lost before the car could return to competition. 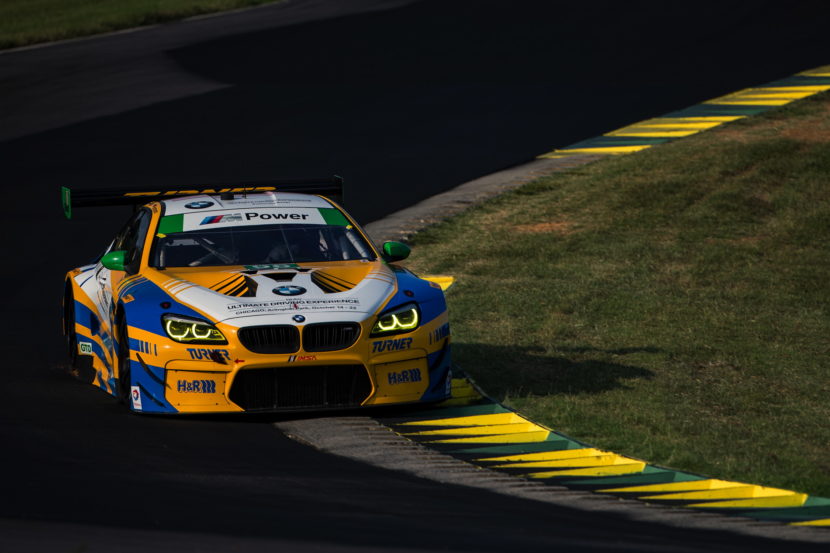 At the mid-point of the two-hour-and-forty-minute contest Auberlen had completed 48 laps, leading the field by 23 seconds. Edwards raced 10 laps down, having regained one lap during pit stops. Tomczyk entered the No. 24 M6 on lap 43 and was only able to continue for 29 more laps until his race ended in the garage on lap 72. The crew called the No. 25 M6 early to the pits on lap 56 following a low tire pressure alert. Sims reentered the car while the crew changed tires and fueled, rejoining the race in seventh with one hour remaining. As the balance of the field pitted for a second time, he cycled back to the lead on lap 63. He controlled the race until a second low pressure signal brought him back into the pits on lap 85 and a change of the left front Michelin. Ultimately, the win was gone and a fourth place finish was the result. 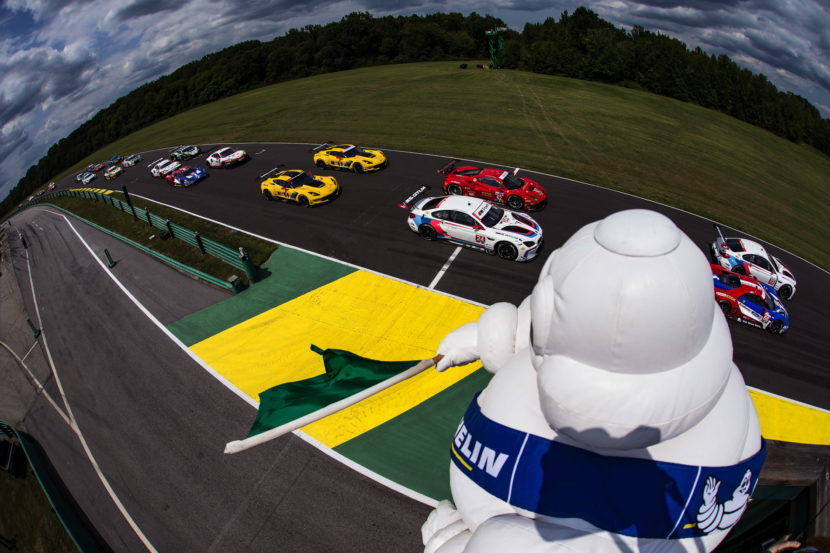 “To have the race in hand and lose to a puncture is extremely disappointing,” said Bobby Rahal, Team Principal. “There is really nothing more to say.”
Bill Auberlen, driver No. 25 BMW M6 GTLM (P4): “I have raced for many years, and a loss like we had today never gets easier to deal with. The complexion of the championship now changes out of our favor, but there is no giving up.”

Alexander Sims, driver No. 25 BMW M6 GTLM (P4): “What a disappointing end to a great race. We had great pace – probably the best car I’ve had all year in the first stint – but it all went away with the second puncture.”

John Edwards, driver No. 24 BMW M6 GTLM (P9): “A steering issue and the resulting repairs put an end to any chance for a good result for the No. 24 M6 and two punctures took a win from our teammates. Certainly, a disappointing day, but on the positive side we showed the potential for a win.”

Martin Tomczyk, driver No. 24 BMW M6 GTLM (P9): “A technical issue has kept us from another good result, but we have two races remaining in the season and we will get back to podium before it is over.”

Round Ten of the 2017 IMSA WeatherTech SportsCar Championship, the Continental Tire Monterey Grand Prix, will be held Sept. 24 at Mazda Raceway Laguna Seca, in Salinas, Calif. The race will be broadcast on Fox Sports 1 beginning at 5:00 p.m. ET. Follow BMW Team RLL on Twitter at @BMWUSARacing for “from-the-pit-box” updates all weekend.