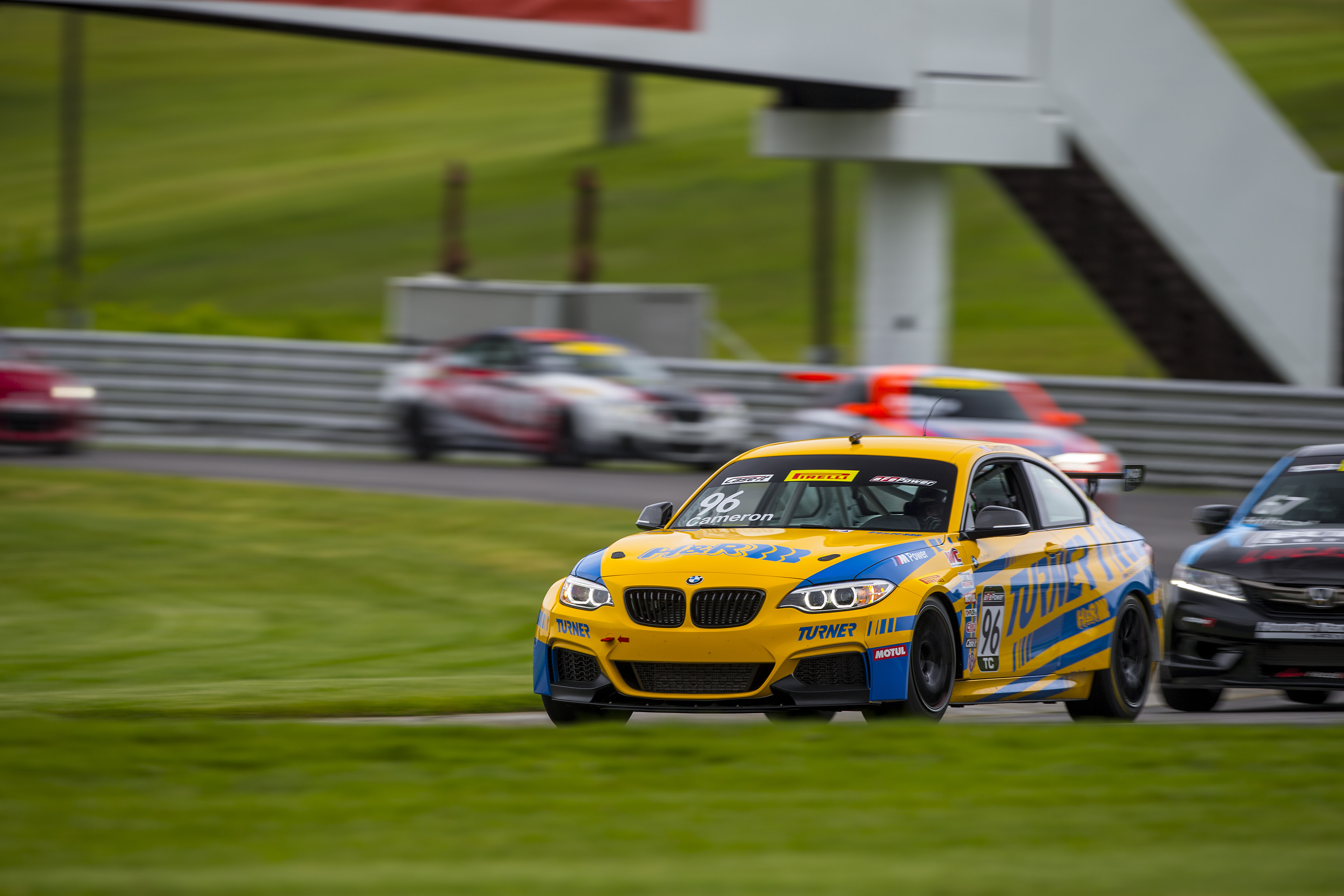 The No. 96 BMW M235iR of Dane Cameron captured the Touring Car win Saturday morning on the 1.5-mile 7-turn Lime Rock Park with a ’nail biter’ finish in round six of the Pirelli World Challenge Touring Car Championship.

Cameron, who started from fifth position on the standing start, charged his way up to second before entering big bend for turns one and two on the first lap of the forty-minute sprint race. Cameron went on to battle the Porsche and Audi in an intense fight for the lead for much of the race. 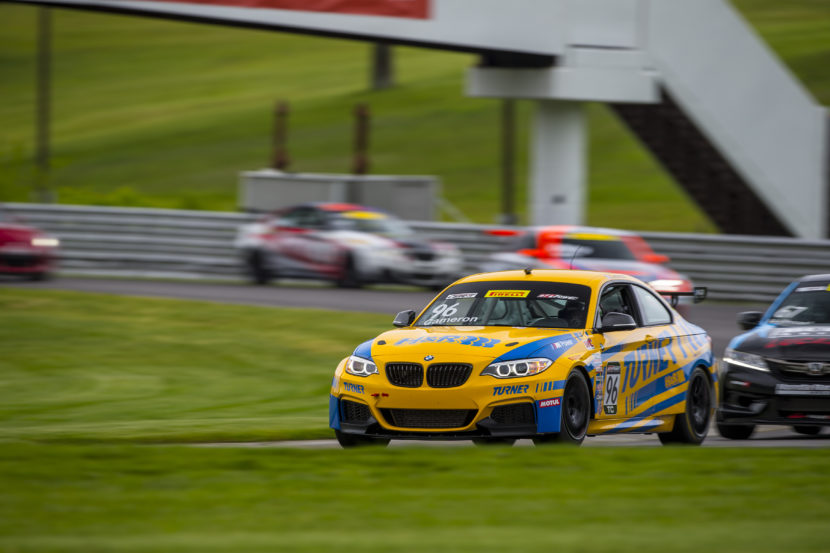 A full course caution on lap sixteen the racing action inside the top three intensified as Cameron worked to hold off the hard charging second place Porsche and third place Audi. Cameron pushed his BMW M235iR to create a small gap between him and his competition.

With just over ten minutes remaining in the race, another full course caution tightened up the field. Cameron took the restart out in front of a tightly bunched top-five.

Cameron pushed hard to hold off the Porsche which was nearly glued to his rear bumper for the final laps.

“It was pretty wild start to finish- good, hard touring car racing,’ said Cameron. ’I got a really good start and was able to make up a few spots. The Lotus was out front but I noticed a few guys on new tires and few guys on old tires. I was hoping it would come back to us later in the race. I don’t know if he had a problem with his tires or not but it seems like we were able to track him down a little bit with a ton of pressure from the Audi. The cars are just so different it makes for a pretty interesting chess match around this short track.’

Teammate and Team owner, Will Turner started nineteenth and worked his way up to thirteenth before the checkered flag, battling numerous cars to make up ground on the top ten.

On Friday, Dane Cameron made a strong effort to finish third in the first race of the weekend while Will Turner finished fifteenth in the huge 35 car field.

’This touring car class is an absolute blast,’ said Will Turner. ’It really was awesome getting back out there with such a large field of BMWs as well as other manufacturers. The competition was extremely strong so I am happy we were able to do so well here at our home track. Dane (Cameron) and the entire crew did a fantastic job this weekend putting together two very competitive cars for our first touring car race with these M235iRs.’

The Turner Motorsport No. 96 M6 GT3 is set to return to action next weekend at Detroit Belle Isle for the next round of the IMSA WeatherTech SportsCar Championship with drivers Bret Curtis and Jens Klingmann.