BMW Group sales achieved their best ever March, with sales in the month totaling 254,862, a 5.9% increase year-on-year. It was also a record first quarter with sales of the BMW Group’s three premium brands, BMW, MINI and Rolls-Royce, increasing by 5.3%; a total of 587,237 vehicles have been delivered to customers around the world so far this year.

“We’ve achieved a strong start to the year, with our X-family models and the BMW 7 Series being the main growth drivers,” commented Dr Ian Robertson, Member of the BMW AG Board of Management with responsibility for Sales and Brand BMW. “March was the first full sales month for the new BMW 5 Series Sedan and the customer feedback for this benchmark car is already very positive,” he continued. “Our electrified models also continue to show extremely strong growth, with almost 20,000 sold in the first quarter, meaning we’re on track to achieve our target of 100,000 electrified vehicle sales this year. As we start the biggest model offensive the company has ever undertaken, I’m confident 2017 will be another record year for the BMW Group, retaining our leading position in the industry,” he added. 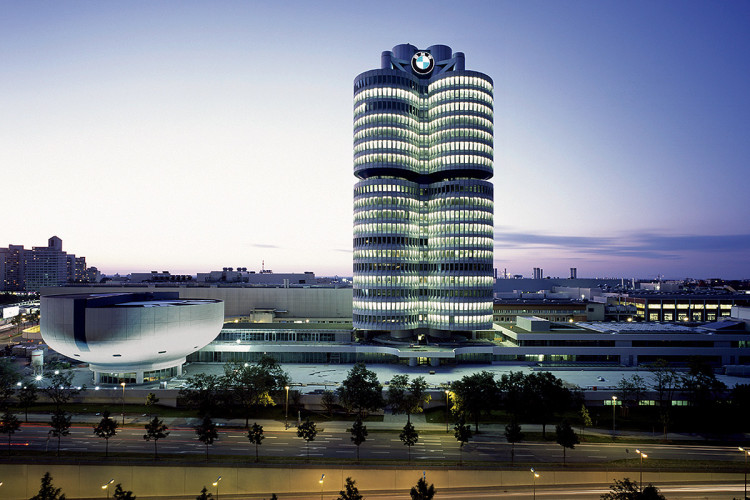 The BMW brand achieved its best-ever first quarter, cracking the half million mark for the first time this early in the year. Global BMW sales totalled 503,445 units, an increase of 5.2% on the same period last year. Sales of BMW brand vehicles in March totalled 212,093, an increase of 5.3% compared with the same month last year. Many models throughout the range contributed to this growth: in March, deliveries of the BMW X1 increased 21.0% (26,759), sales of the BMW X5 were up 20.7% (17,678) while deliveries of the flagship BMW 7 Series grew 74.8% (7,134). The BMW 5 Series, of which the new generation sedan had its first full month on sale in most markets, was delivered to around 35,000 customers worldwide.

Sales of MINI brand vehicles achieved their best-ever March with a total of 42,447 delivered to customers around the world, an increase of 8.7% compared with the same month last year. March rounded off the brand’s record first quarter with sales totalling 83,059 (+6.1%). “MINI continues to demonstrate solid growth around the world,” said Peter Schwarzenbauer, Member of the BMW AG Board of Management responsible for MINI, Rolls-Royce and BMW Motorrad. “The MINI Clubman in particular has shown strong growth of over 21% in the first quarter, proving that its perfect blend of everyday usability and MINI-typical emotional characteristics is exactly what our customers want,” he continued. “With the new MINI Countryman we’ve just recently brought to market, I’m sure the momentum we’re seeing at MINI will continue through the year”, he added.

Following the second highest annual sales record in 2016, Rolls-Royce Motor Cars sales in the first quarter of 2017 were up year-on-year. This was based on full market availability of Dawn compared with the same period last year. In total, 733 Rolls-Royce motor cars were delivered to customers across the globe (+33.0%). Demand for Rolls-Royce models remains strong in most regions, although this is set against ongoing market volatility in the global luxury industry as a whole. Rolls-Royce continues to strive for long-term sustainable growth.

March was also a positive month for BMW Motorrad with a total of 18,265 motor-cycles and maxi-scooters delivered to customers, an increase of 10.9% on the same month last year. In the year-to-date, sales total 35,636 units, an increase of 5.5%.

BMW & MINI sales in the regions/markets at a glance
All major sales regions achieved an increase in sales both in March and in the first quarter. Many markets achieved double-digit increases, including China and Mexico/Latin America. In the beginning of April the BMW Group handed over its 3 millionth vehicle to a customer in China.