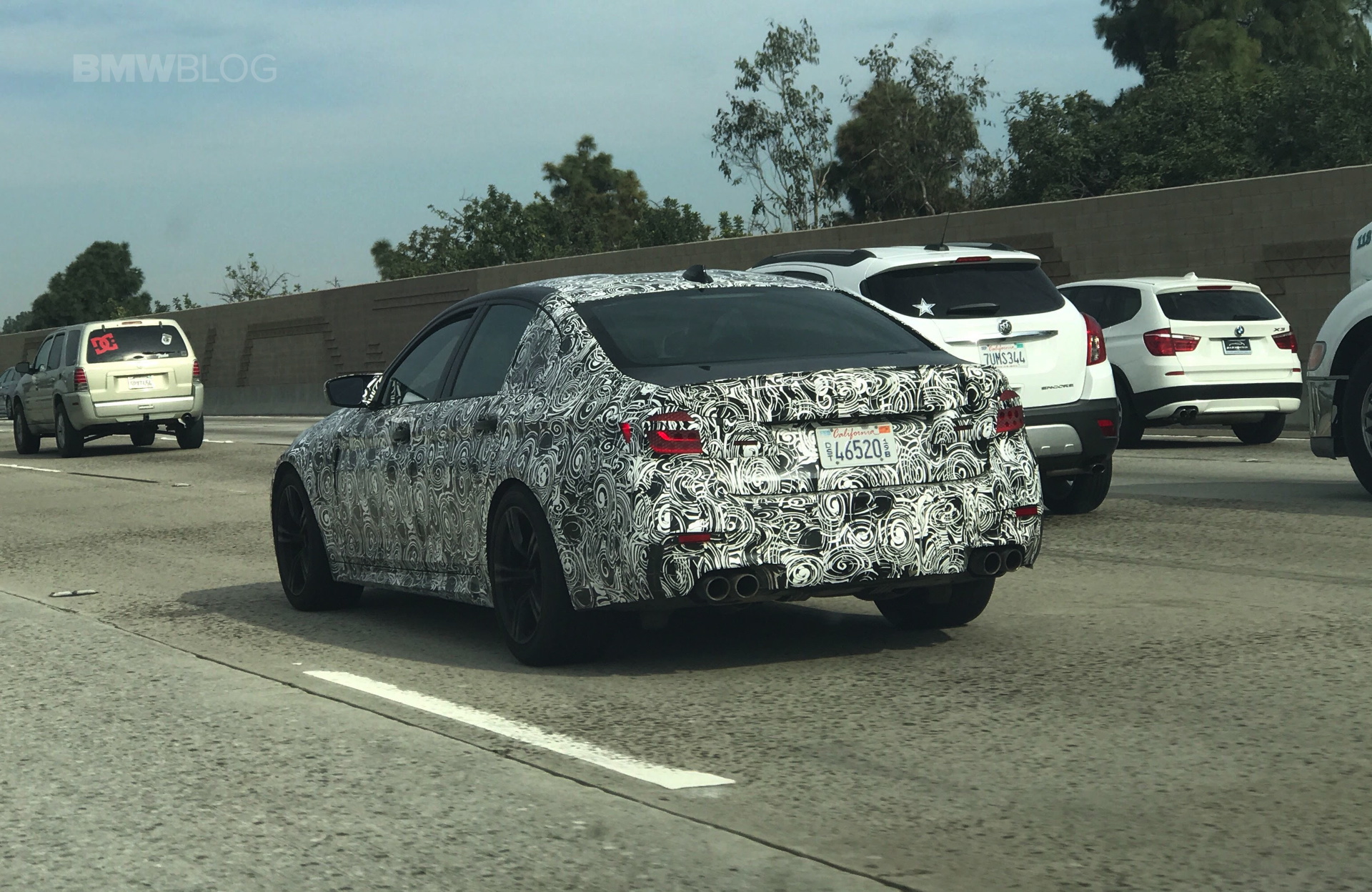 BMW’s next-generation M5 is going to be a very important car for the M brand. It will be the first all-wheel drive BMW M car (not SUV) in the brand’s storied history. It will also use a traditional eight-speed automatic and not the typical DCT (dual-clutch transmission) that we’re used to seeing in M cars. It will also be the first M car generation (again, not SUV), to not offer a manual gearbox. So with so many firsts, this next BMW M5 needs to be good or the Bavarians will have a riot on their hands.

This next-gen F90 BMW M5 was recently caught doing some highway testing in California. While this isn’t all that unusual, unusual to see it on U.S. soil. Most of the times we’ve seen the new F90 M5 so far it’s either been on some European roads or the famous Nurburgring in Germany. So it’s cool to see it on this side of the Atlantic. 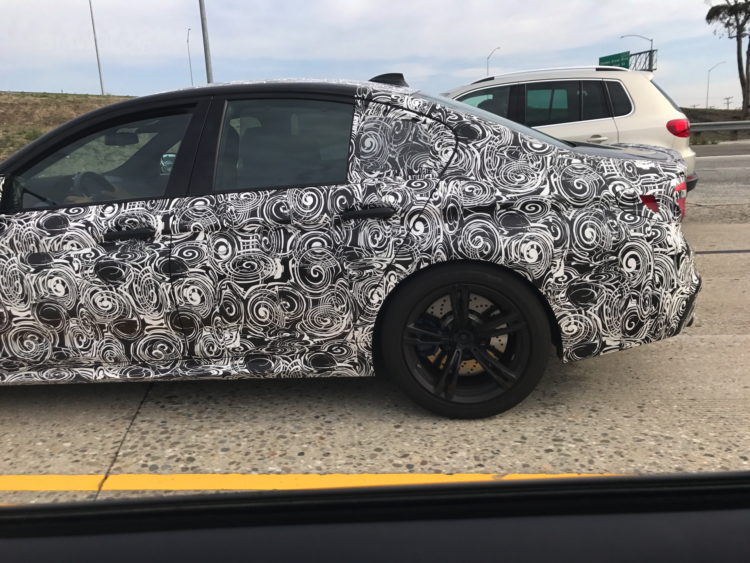 There are a few things we can tell about this F90 BMW M5 test car but not much as it’s wrapped in heavy camouflage. We get a look at those wheels but they look like the wheels on the current F80-generation M3, so these could just be test wheels and not slated for production. We also see the traditional quad-exhaust pipes, so BMW won’t be changing that design to something more angular like it did on the standard G30-generation 5 Series cars. 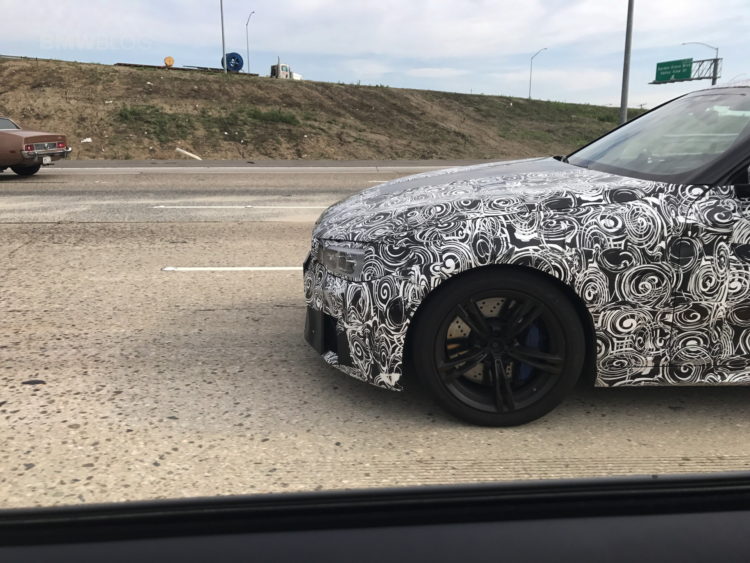 We’re very excited about the next-gen M5 and we’ve heard great things about it from people inside BMW, although it’s not as if they’d complain about it. We can only imagine its performance, though, as the new BMW M550i is already faster than the current F10-generation M5 and it’s not even a fully-fledged M car.

Expect about 600 hp to come from a revised variant of the 4.4 liter twin-turbocharged V8 in the M550i and a 0-60 mph time in the low three-second range. It’s reported that it will hit 60 mph in 3.6 seconds but I expect it could actually be faster than that, as BMW is always quite conservative with its performance figures.

Thanks to all-wheel drive traction, the new M5 will be able to put its power down a lot easier than the current M5 and will be safer to handle in inclement weather, often a complaint of modern M cars. Without the Audi RS6 in America, the BMW M5 and Mercedes-AMG E63 will be the only high-performance all-wheel drive luxury sedans in the US market. 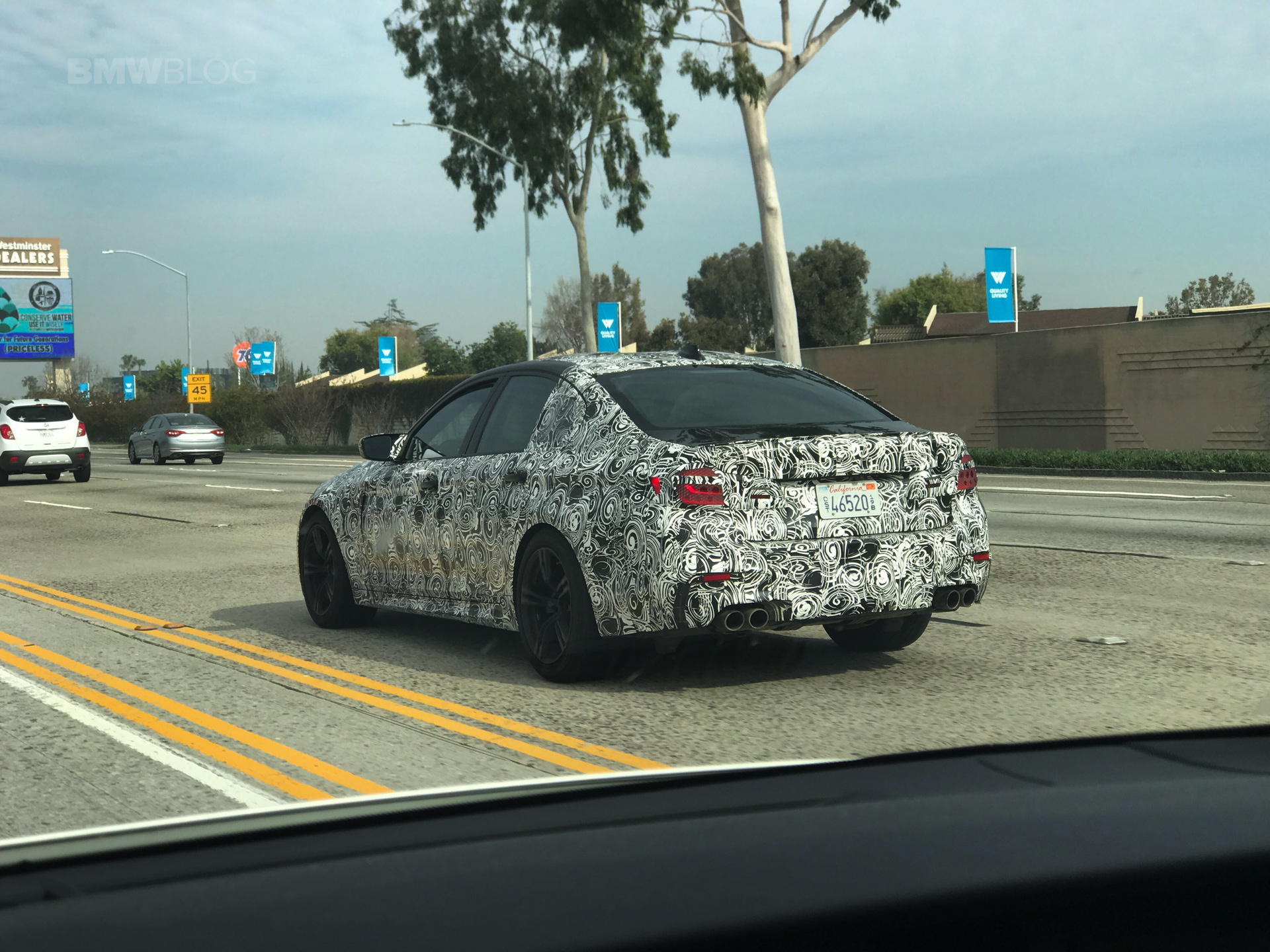 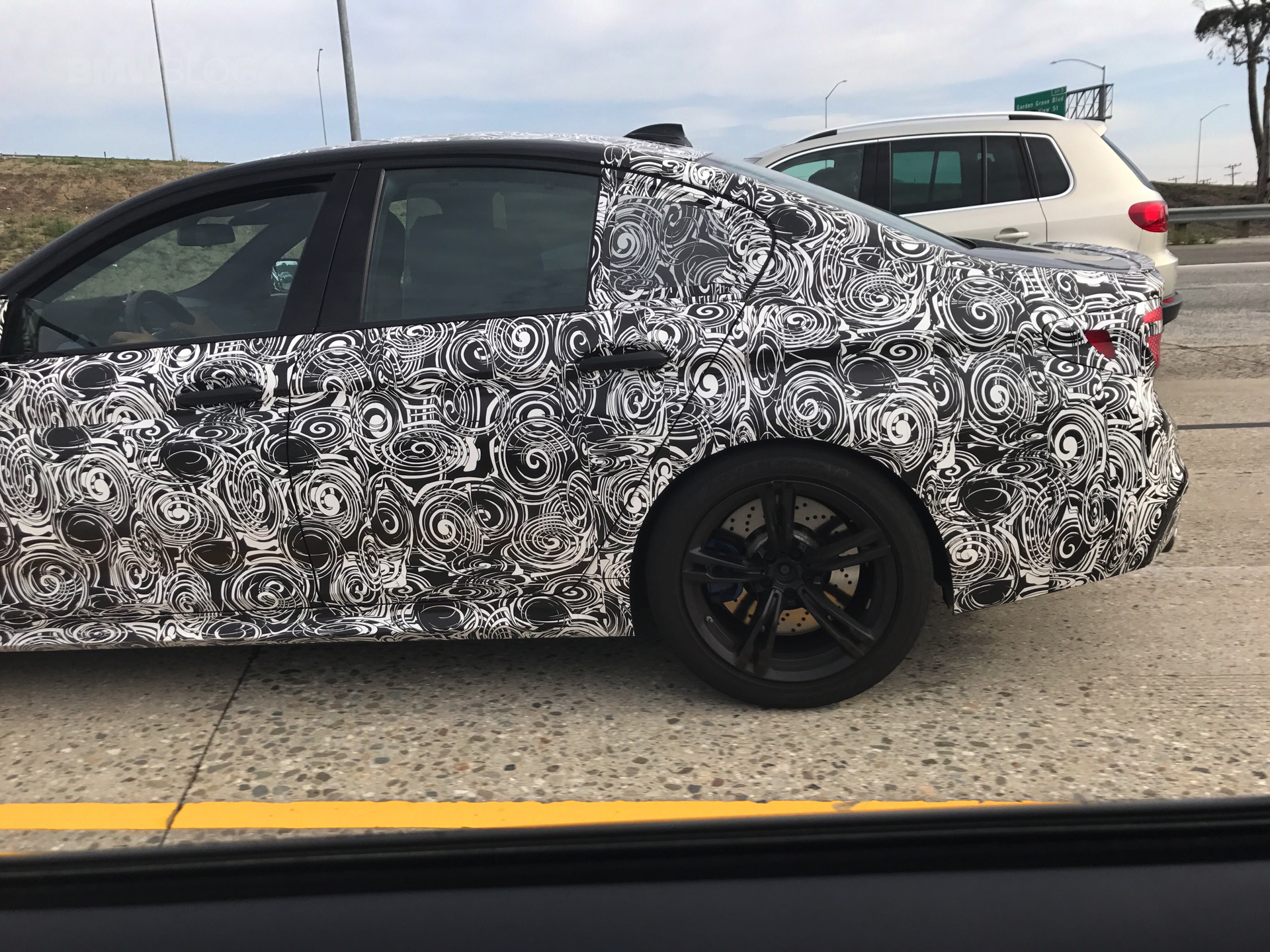 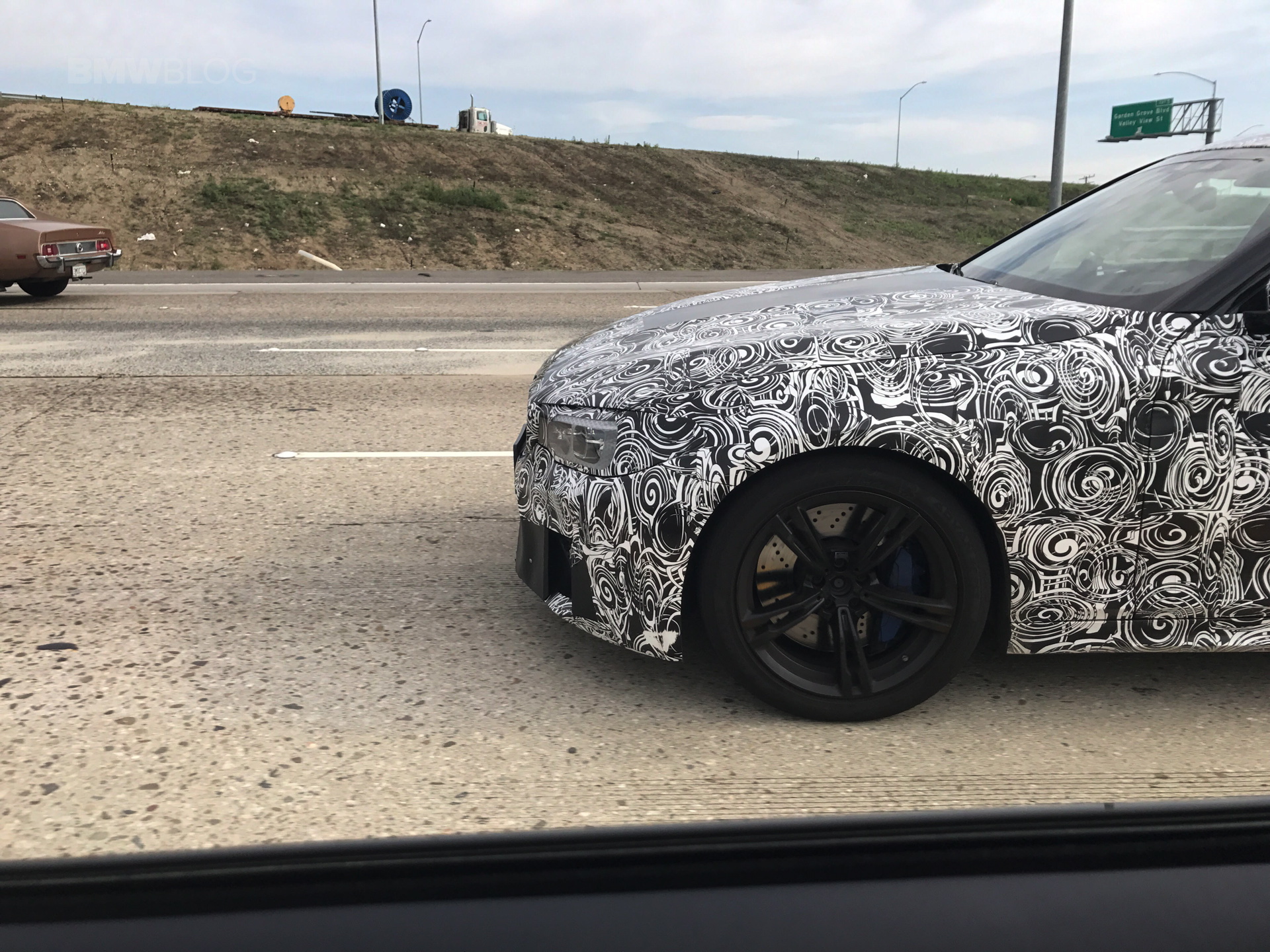