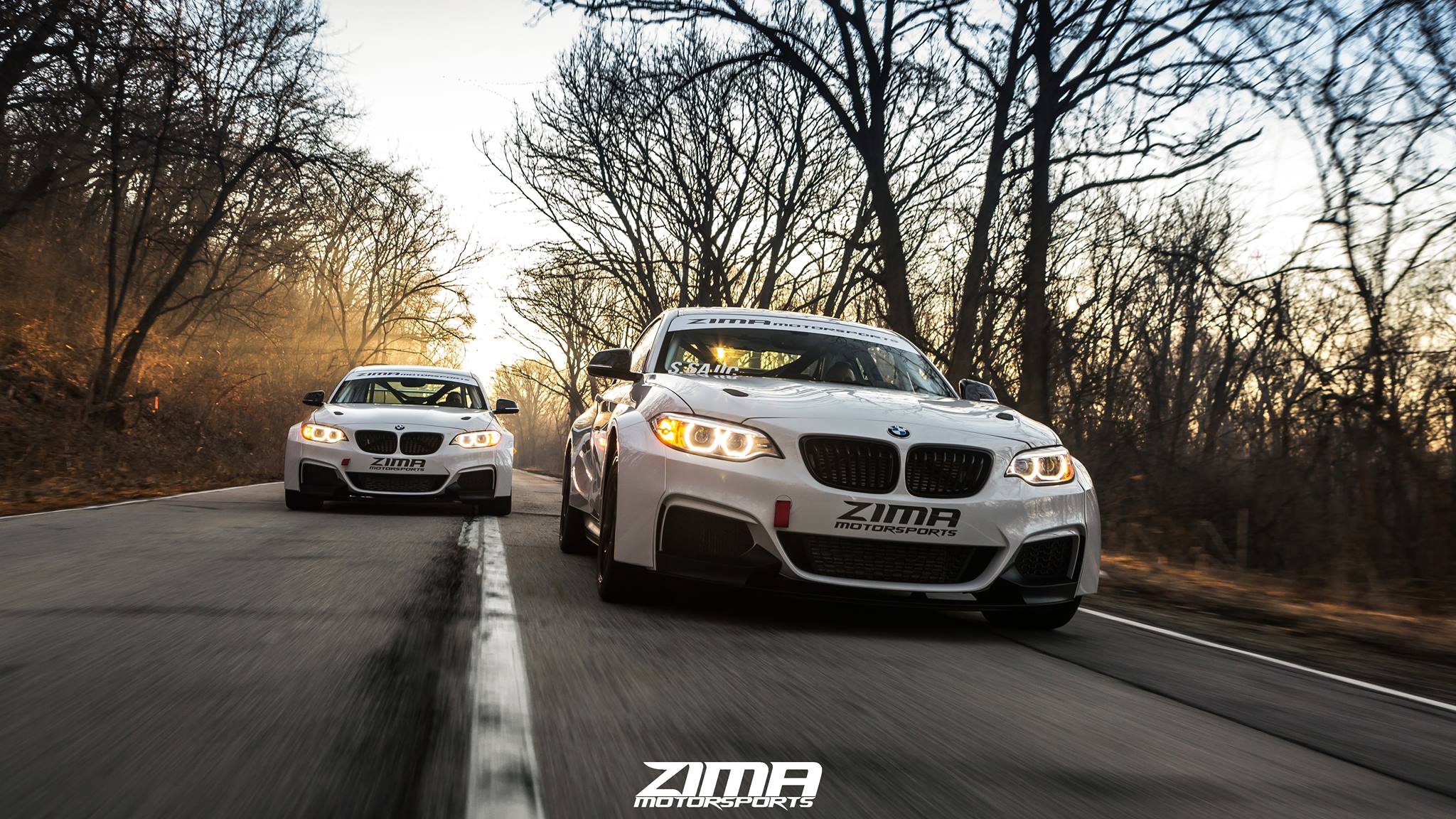 With their newly released plan of racing in the TC class of the Pirelli World Challenge Championship this year, the ZIMA Motorsports team traveled to the famed Circuit of the Americas for their first pre-season test weekend. Drivers Stefan Sajic and Chetan Puranik were both anxious to get on track for the first time with their BMW M235iR’s.

“This has been a remarkable experience, just beyond words” said Stefan, adding “I wouldn’t be here without all these people believing in me – my parents, my team, and our sponsors. Cannot thank them enough for their support over the years.” 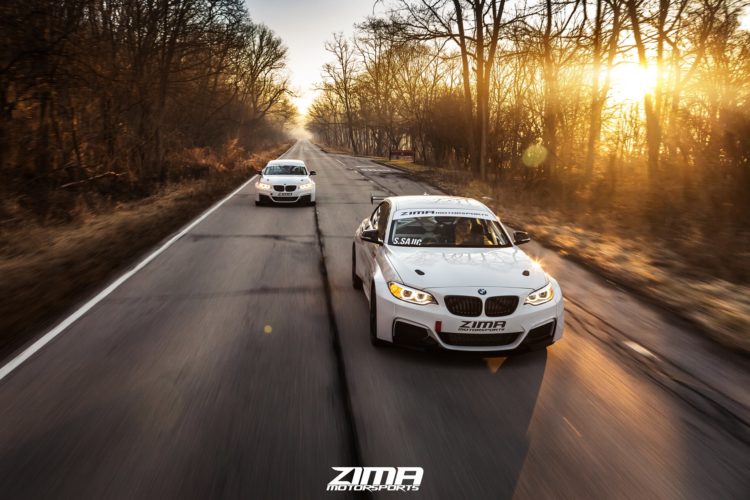 Plagued by delays in shipping the cars from BMW Motorsport in Germany, the ZIMA team had less than 3 weeks to prepare the cars for this testing weekend.

“Laurel BMW of Westmont, Illinois has been a huge asset to us in getting parts on a moment’s notice” said Stefan.

Working down to the last hour, the team was able to complete the necessary work prior to bringing the cars on track for the first time at COTA. The first session of the weekend on Friday morning was shrouded in uncertainty as the M235iR was a completely new platform for both Stefan and Chetan.

“The cars ran really well” said Stefan, adding that with the experience gained from this weekend, the upcoming PWC season should be very successful for the ZIMA team.

Longtime ZIMA Motorsports club racer Chetan Puranik has joined the ZIMA pro team this season, driving the #36 BMW M235iR. “This is a major step up from what I’ve done in the past, but I’m excited to see how this season develops” said Chetan.

This weekend was also a first for him behind the wheel of the M235iR, coming from racing his BMW Z3M that was converted to a full road race car by ZIMA Motorsports at his home track of Autobahn Country Club in Joliet, Illinois. For his first weekend at COTA, Chetan posted solid lap times, consistently improving as the weekend went on.

Coming off their successful testing weekend at Circuit of the Americas, the ZIMA team looks forward to their next testing session at VIRginia International Raceway that is only a few short weeks away. “I really want to thank BMW Motorsport for putting their trust in myself and in ZIMA Motorsports and providing us with this incredible opportunity” said Stefan.