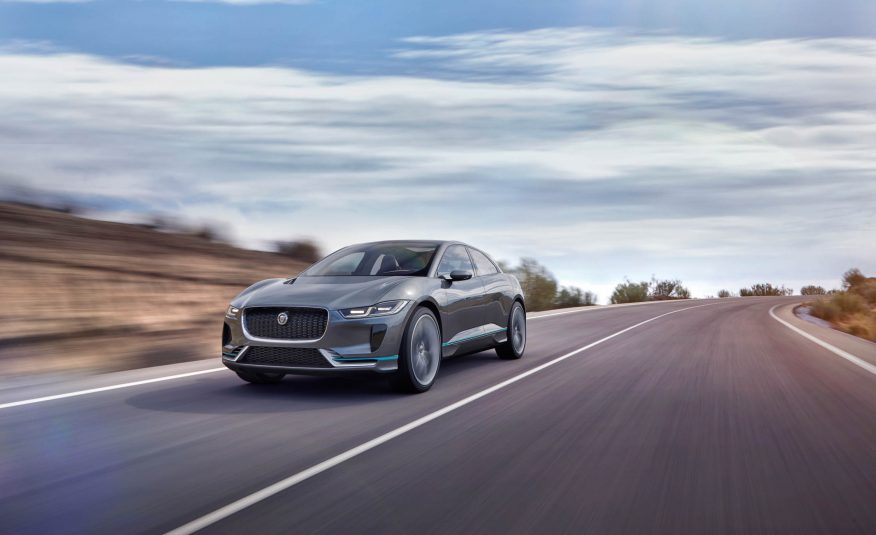 Much has been said about BMW’s i3, its electric hatchback with a 114 mile range, and how it’s simply not good enough to compete in the fast-moving electric car segment anymore. Tesla fans will boast about their 200-plus mile ranges and superior autonomous driving technology. However, the i3 doesn’t really compete with any Teslas, as they’re all far bigger and far more expensive. But a new premium brand has just unwrapped their latest EV concept and it could be the biggest threat to BMW’s i3 yet — the Jaguar I-Pace EV Crossover Concept.

While still technically just a concept, Jaguar’s Director of Design Ian Callum seems to think that it’s much more. “This isn’t just a concept. It is a preview of a five-seat production car that will be on the road in 2018.” Callum said, reports Car and Driver. 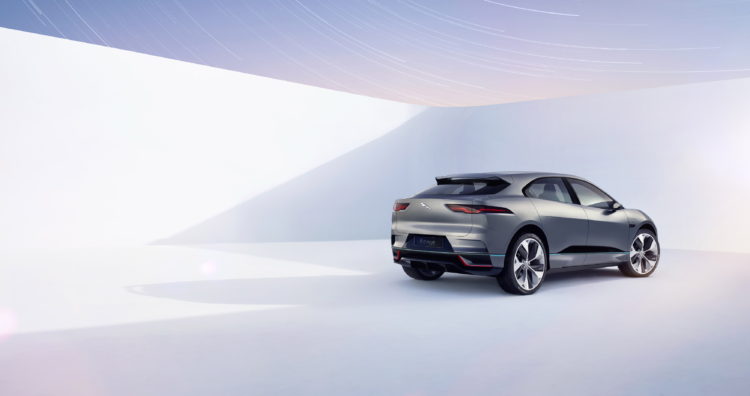 Having been built on an entirely new EV-based platform, the I-Pace is a near production-ready car that isn’t just an F-Pace with electric motors. According to Jaguar, the design team wanted to “tear up the rulebook on vehicle layout,” so this I-Pace is a clean-sheet design with some genuinely impressive innovations. Jaguar even designed the battery pack and electric motors in-house, as opposed to outsourcing them. Also impressive, the aluminum battery pack housing is part of the chassis structure, much like the engine of a Ferrari F50. This increases structural rigidity, which will help handling and ride comfort. So Jaguar means business in the field of EVs and isn’t just slapping some electrons into a regular Jaguar model to appease environmentalists.

With a sort of crossover-like body, the Jaguar I-Pace EV Crossover is more similar to the BMW i3 than, say, a Tesla Model S. It’s also similar to the i3 in the sense that it’s funkier looking than every other EV on the market. With looks that evoke images of the gorgeous Jaguar C-X75 supercar concept, the I-Pace is possibly the coolest looking EV design on the market. It’s strange and weird but still has Jag’s sexy design language. 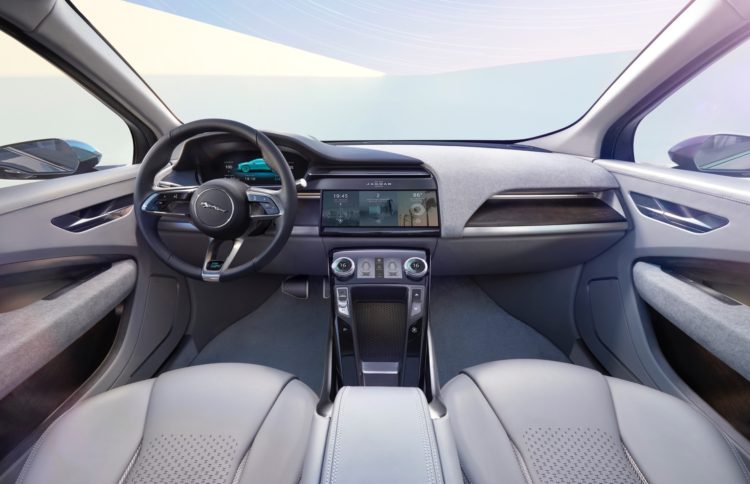 However, it’s bigger than the i3, as it has a longer wheelbase than even its F-Pace SUV stablemate. Though, its shorter than that car overall. But the long wheelbase allows Jaguar to fit a 90 KwH lithium-ion battery pack in between the two axles quite easily. That massive battery pack powers two electric motors, one at each axle, that combine to develop a whopping 400 hp and 516 lb-ft of torque. That’s a helluva lot more than the i3’s 170 hp single electric motor. That means the I-Pace is capable of 0-60 mpg in just 4 seconds. Compared to the BMW i3’s 7.3 second 0-60 mph time, the I-Pace is simply monstrous. But the I-Pace will also have tons of regenerative braking, allowing for the one-pedal driving just like the i3. The regen can be adjusted via a “D” button on the center console.

Another benefit of the dual-motor all-wheel drive system is that it allows Jaguar to employ the same All Surface Progress Control and Adaptive Surface Response as the F-Pace SUV. Both off-road software was borrowed from sister company Land Rover and they help the F-Pace be a genuinely good off-roading SUV. So expect the I-Pace to actually be pretty damn good off road and far better than the only other EV SUV, the Tesla Model X, as that car weighs about as much as a medium-sized aircraft carrier. 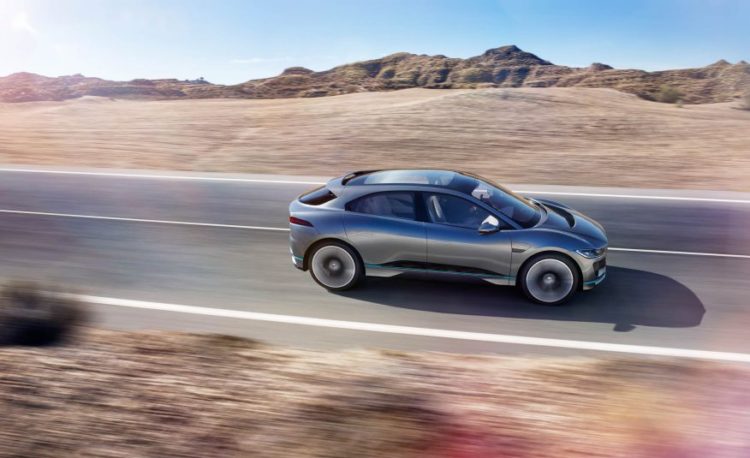 Inside, the I-Pace has a futuristic and special looking cabin. It’s open, airy and packed with technology. It also reminds us of the i3 interior, with bright wood used sparingly, renewable materials and a ton of space, the I-Pace has a similar design philosophy. However, I don’t think it’s a stretch to say that the I-Pace’s cabin is far better looking.

The Jaguar I-Pace will be a seriously competitive EV when it finally debuts and it won’t just be something to boost the reputation of Jaguar’s model portfolio. With seriously quick speed, all-wheel drive capability, impressive technology, looks straight out of Minority Report and an interior that looks special, the Jag I-Pace could be a fan favorite among EV fans and could seriously threaten the BMW i3. 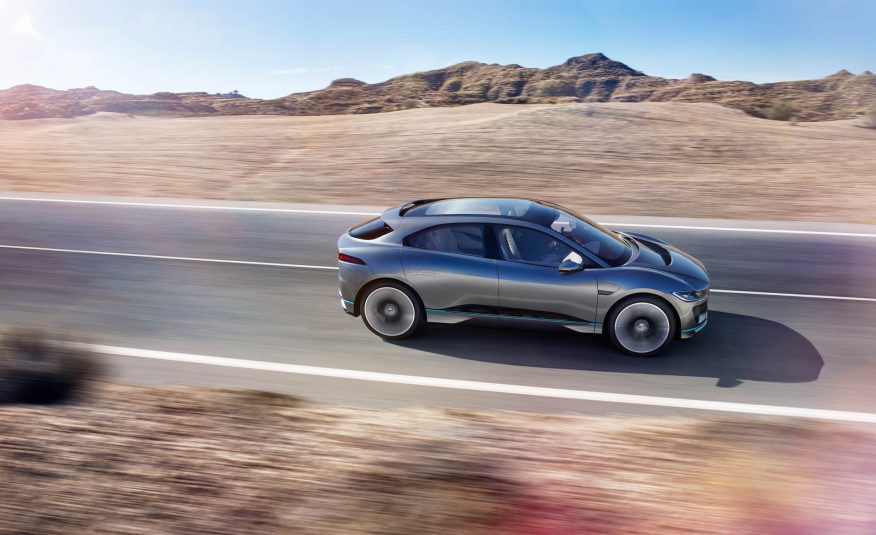 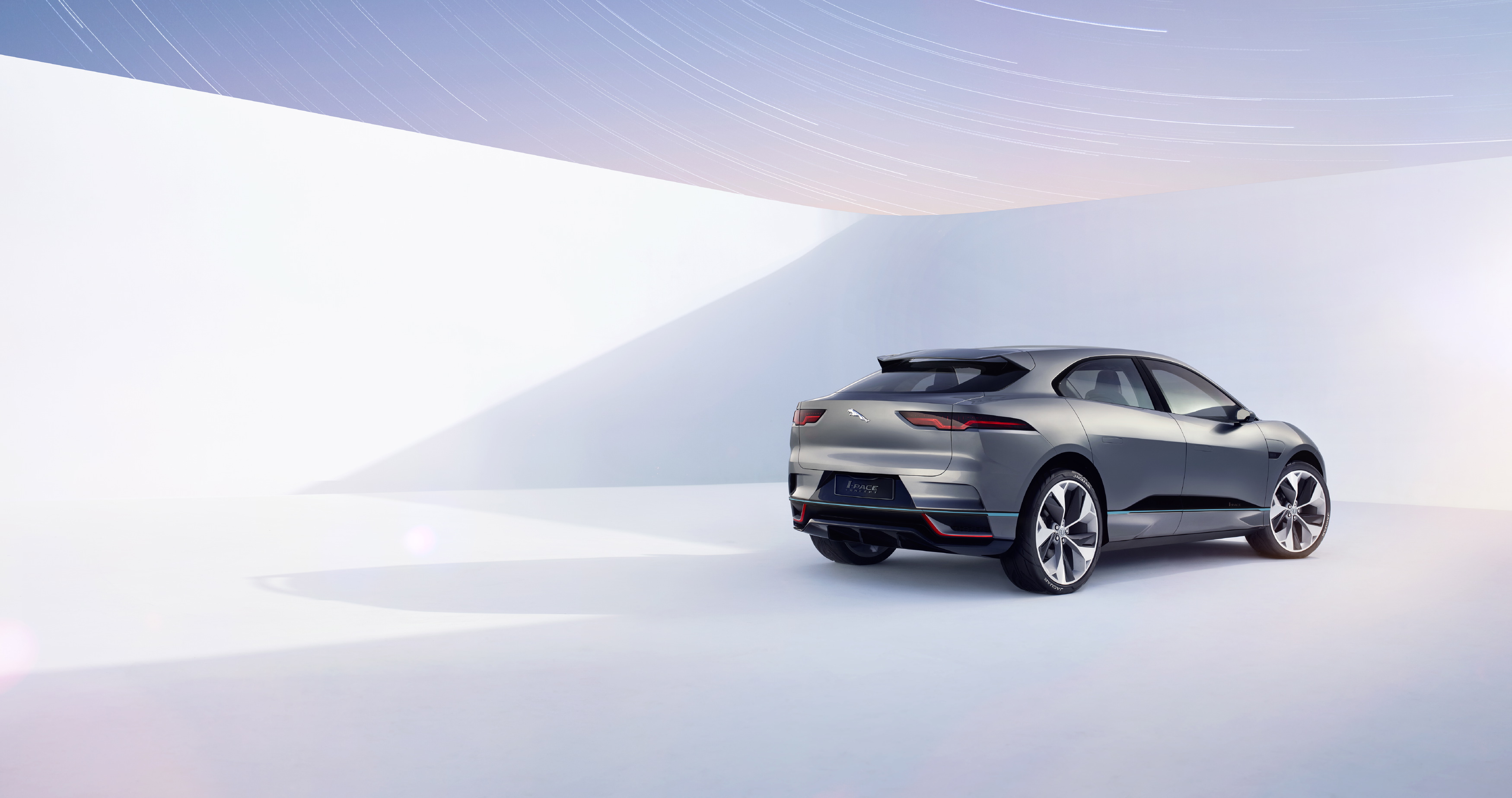 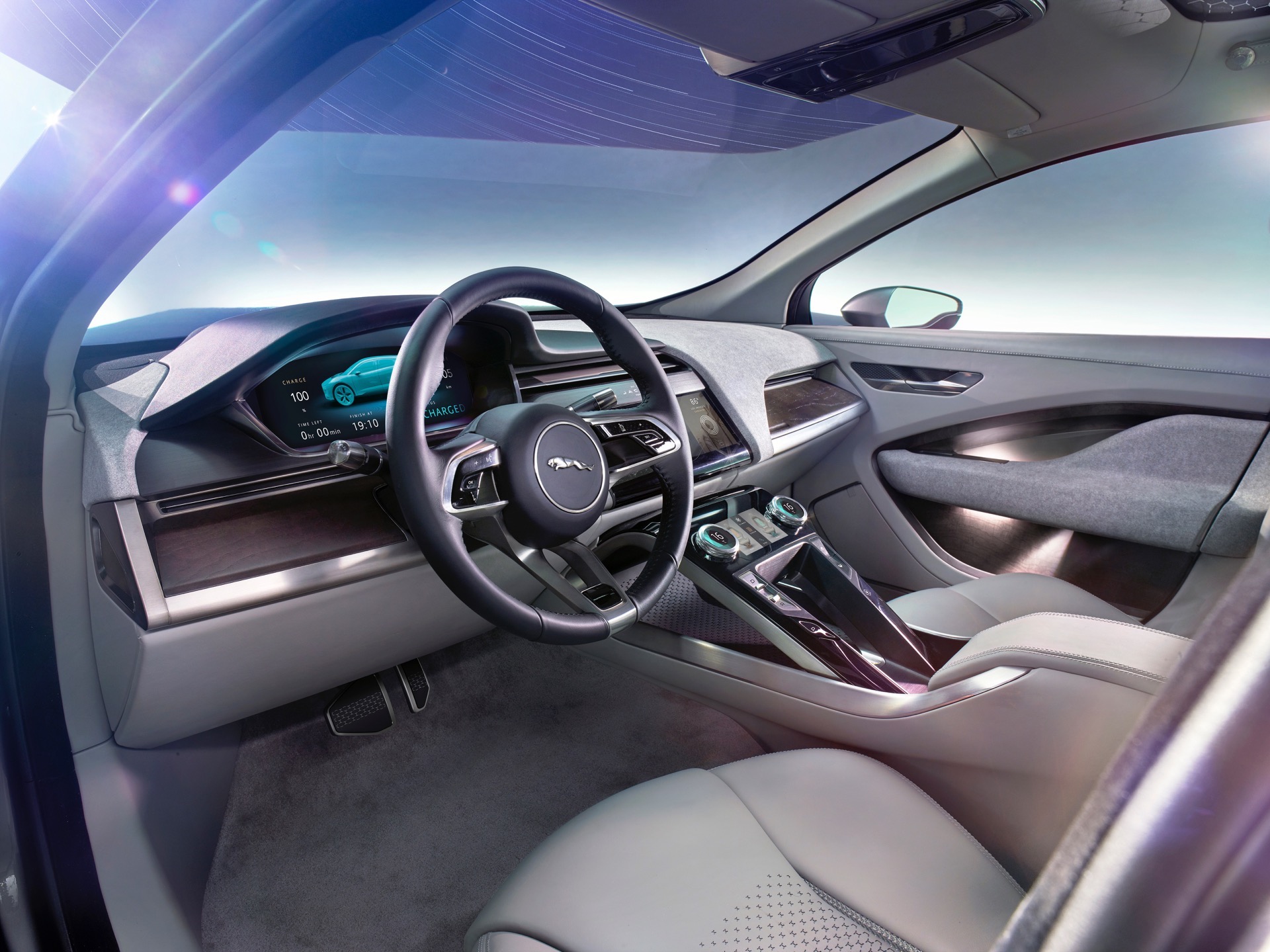 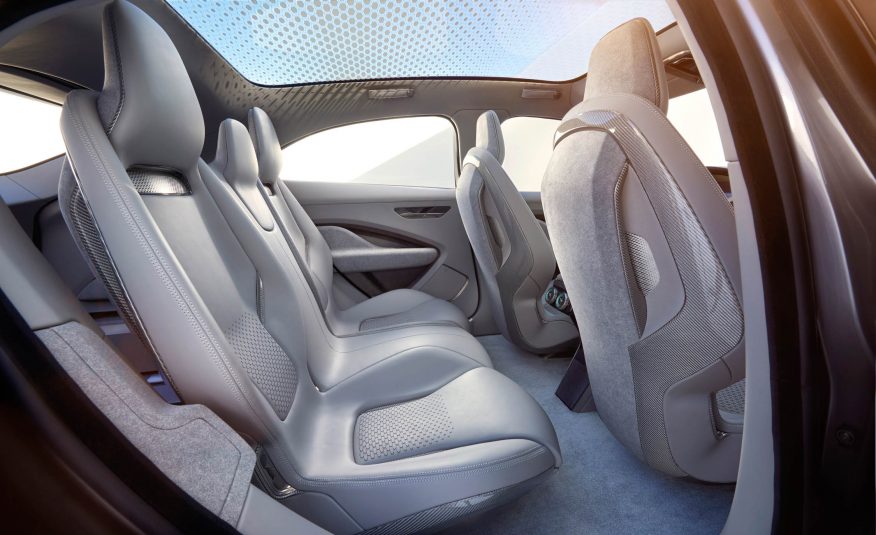