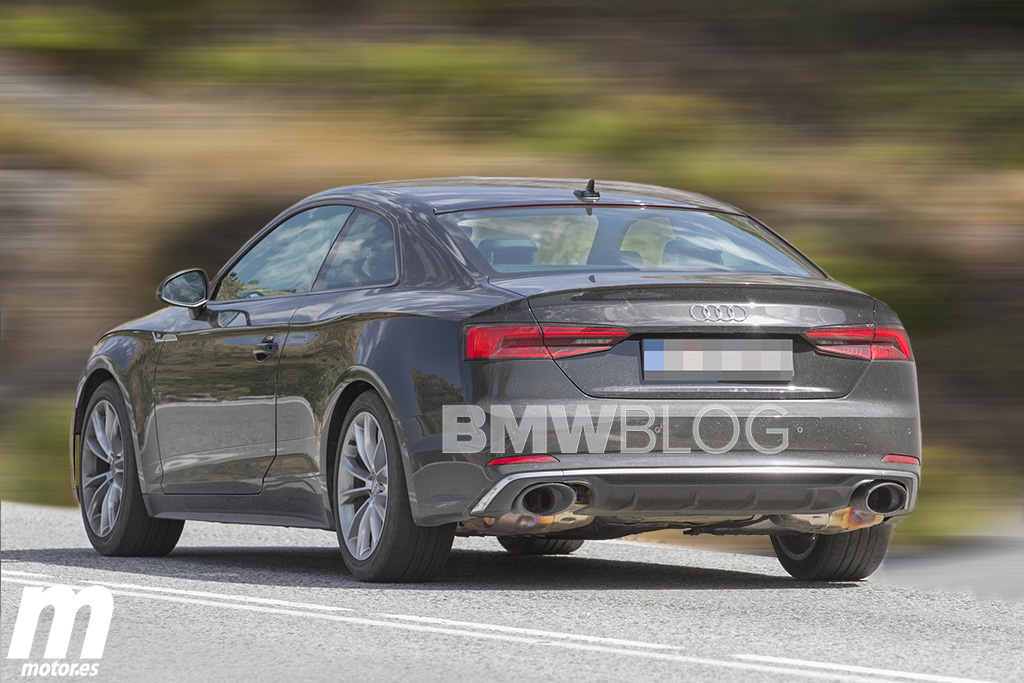 At the moment, the Audi RS5 is quite old. While it’s still a high-performing car and has a brilliant engine, it just can’t keep up with the BMW M4. The M4 is faster, more agile, more dynamic and far more advanced. But that doesn’t mean the folks in Ingolstadt are going to let that be the case forever. With the new Audi A5/S5 recently debuting on the Volkswagen Group’s new MLB platform, the whole model range just got a lot lighter, a lot leaner and a lot more advanced.

A recent drive of the new Audi A4 proves that this new platform is a massive improvement over the previous gen’s. So the upcoming Audi RS5 should be as well and bring a serious fight to the BMW M4.

Well, some spy photos have recently come up of what seems to be an Audi RS5 running around in Audi S5 clothing. We say that because from most angles, it looks no different from a regular Audi S5. Until you look at the back, that is. Those two massive exhaust pipes tell you everything you need to know about this test mule. The Audi S5 has four normal-sized exhaust pipes, with two on either side of the rear. However, this test mule only has two massive ones, one at either side. That’s the way they are on Audi’s RS models, including the current RS5.

This leads us to believe that Audi is currently testing the next-generation RS5. The current car uses a 4.2 liter naturally-aspirated V8 that makes 450 hp. It’s a brilliant engine that revs to 8,250 rpm and makes an incredible noise all the way there. However, the BMW M4’s turbocharged engine has far more punch low-down, causing it to best the RS5 in most performance metrics. The next-gen RS5 will like use a twin-turbocharged 3.0 liter V6 that should develop even more than the 450 hp in the current car. One of those turbos could even be electric, like on the Audi SQ7 TDI.

When it debuts, the Audi RS5 will be the BMW M4’s biggest competitor. So BMW should watch out for this thing because it could be mightily impressive.