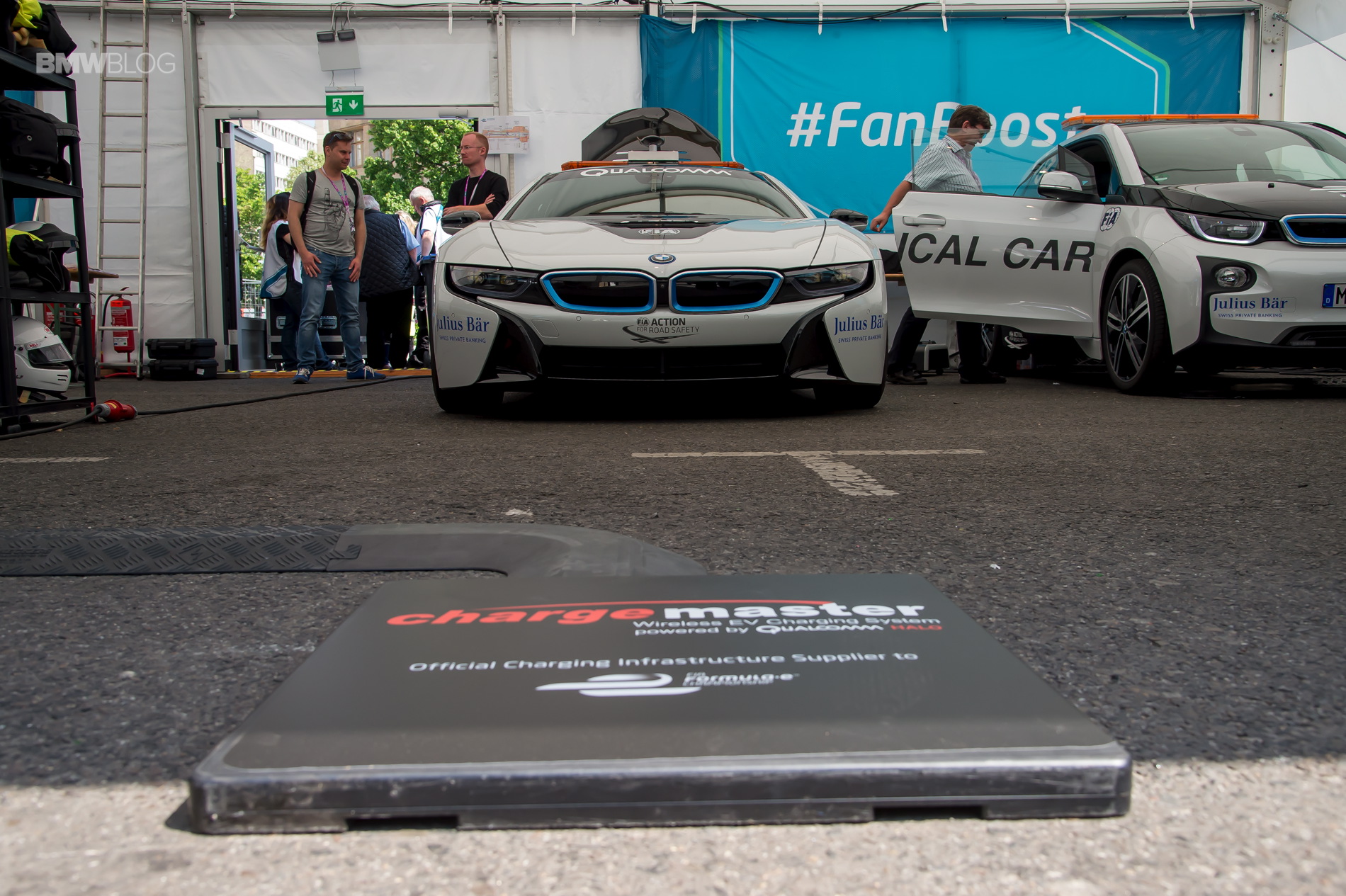 When it was unveiled last year, the new BMW i8 Safety Car/Qualcomm Safety Car was the world’s first vehicle in official use equipped for inductive charging with 7.2 kilowatts of power using Qualcomm Halo prototype technology. But Qualcomm aims to take the system to mass production. According to Graeme Davison, Qualcomm’s vice president of technology, there are even more upgrades planned for the 2017 BMW i8 Safety Car so you can expect Qualcomm will continue to improve its wireless Qualcomm Halo technology.

Davison also says the Qualcomm Halo system could become available as an option on road cars by 2018 at the latest. The rumormill churns out that Qualcomm has already begun working with automotive companies such as BMW and Mercedes. While both BMW and Qualcomm refrained from confirming the rumor or the models which will get the wireless charging feature, the expectations are that high-end hybrids – like the 7 Series and i8 – will be the most likely candidates. 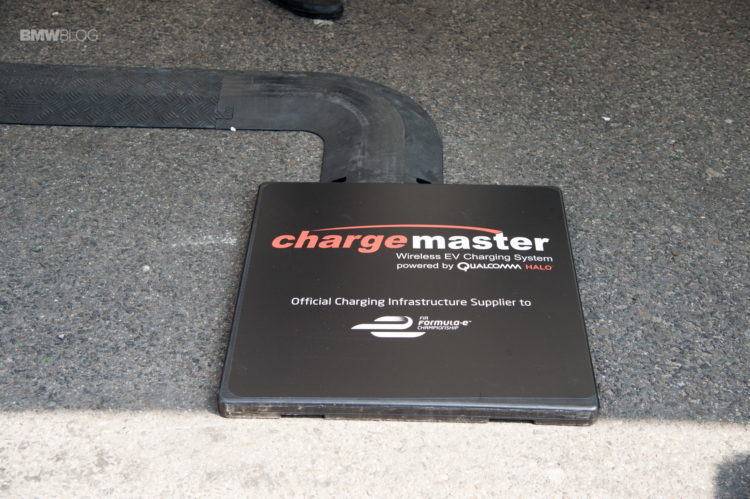 Compared to the first generation Qualcomm Safety Car, the improved 2.0 Safety Car gets a new approximately 10 kWh battery with a 26Ah li-ion cells similar to the BMW iPerformance models and a charging rate of 7.2 kW. To charge the car, the driver simply places the i8 over the charging pad which doesn’t even have to be perfectly aligned as the system has around 10 cm of allowance.

The system works by forming an electrical transformer from the induction coils in the charging pad and coils in the car. The resulting energy is what charges the battery. The “double-D coiling system in the i8 has enabled Qualcomm Halo to more than double its efficiency, enabling it to charge the i8 Safety Car’s roughly 10kWh battery to more than 80 percent in around one hour. 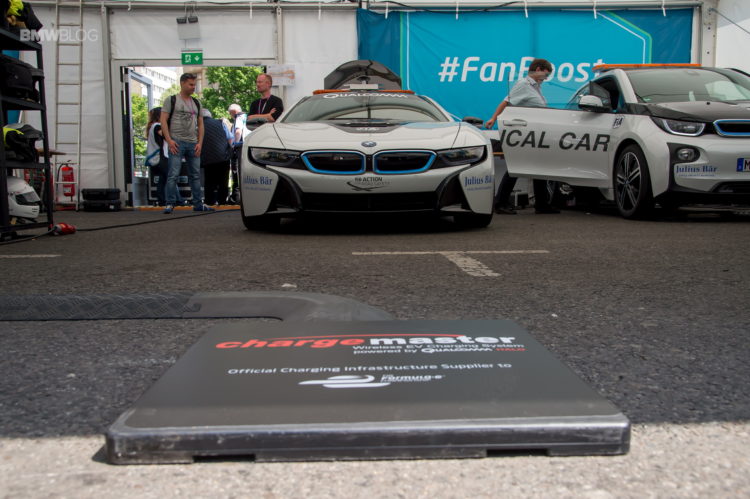 An app helps you line up the car’s receiver to a ground-based charging pad, and after things are in alignment, you’re pretty much sorted. The app, which is only a work in progress at the moment, displays a graphic to show how close the car is to the charger, and shows you the amount of power being transferred. The new pad design means the Qualcomm Halo system benefits from an even bigger charging sweet spot than the last.

BMW is expected to announce its Formula E plans by the end of the year.