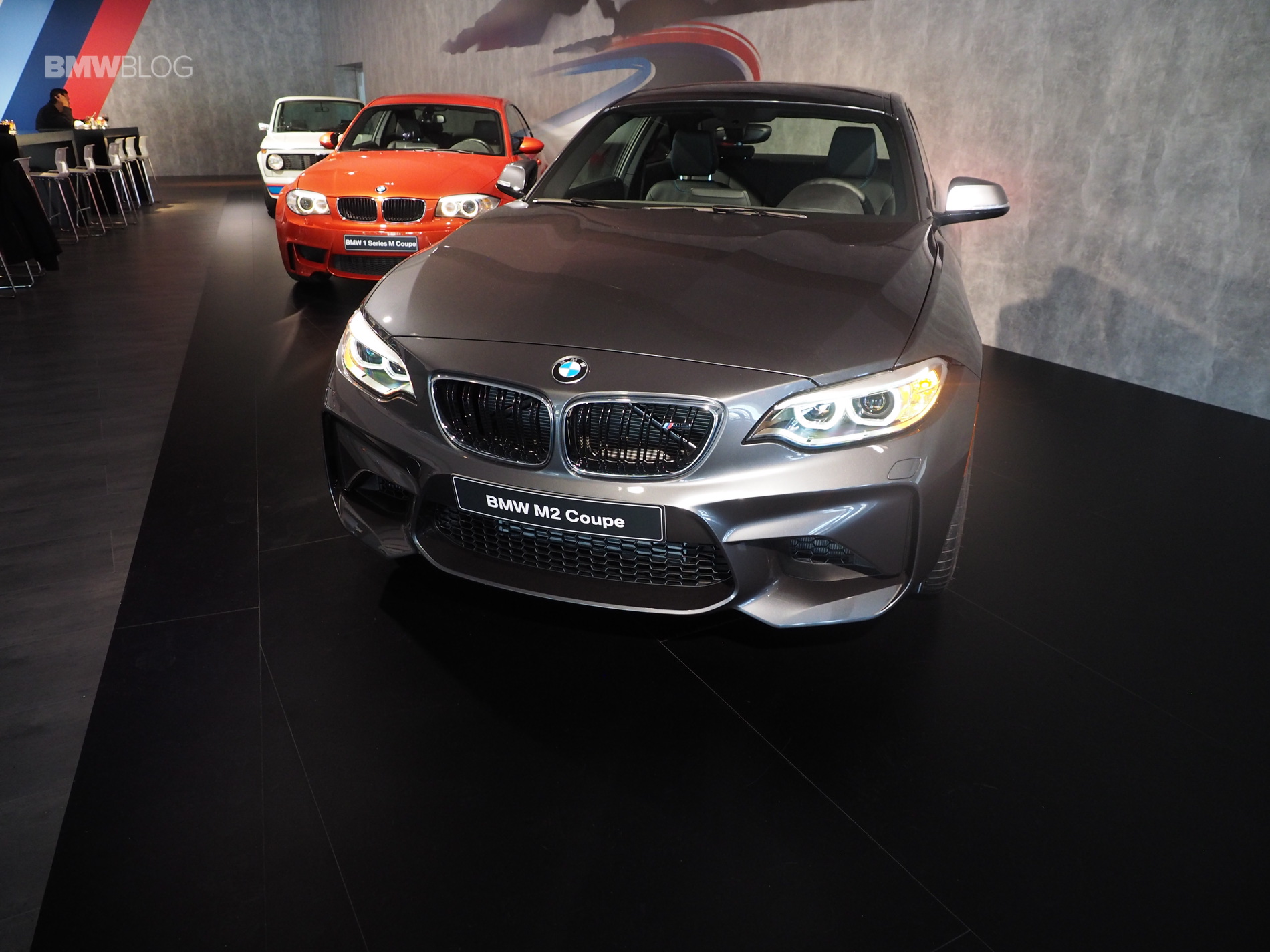 Last week we attended the international media launch of the new BMW M2 where we had the chance to be one of the first journalists to drive sporty coupe. To spoil us, BMW has brought an entire fleet of M2 models including all the four colors offered for sale. The M2 Pace Car featured the Sapphire Black Metallic with a Motorsport livery while the Long Beach Blue was the predominant. An Alpina White M2 was brought out half-way into the tracking sessions and a Mineral Grey M2 took a back seat in the M tent.

Inside, customers will have only one choice – black Dakota leather with blue contrast stitching and an M logo in the backrests. The cabin is fitted with a host of BMW M-specific equipment details including Sports seats, an M footrest and knee pad on the center console and instruments with BMW M2-specific dials and needles. 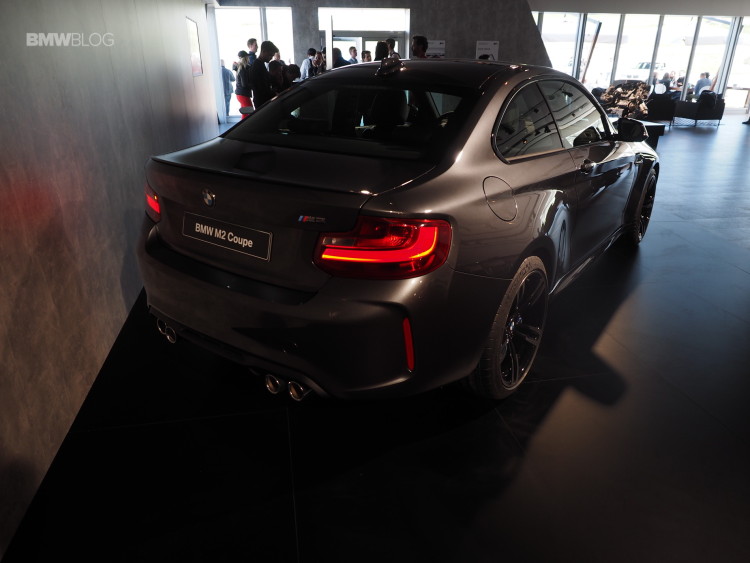 Familiar M equipment items in the new BMW M2 Coupe also include M logos on the rev counter, gearshift lever, door sill plates and M leather steering wheel with shift paddles. Other highlights of the interior are the new BMW M2 trim strip with surfacing in porous carbon fiber and Alcantara for the door cards and parking brake lever gaiter. 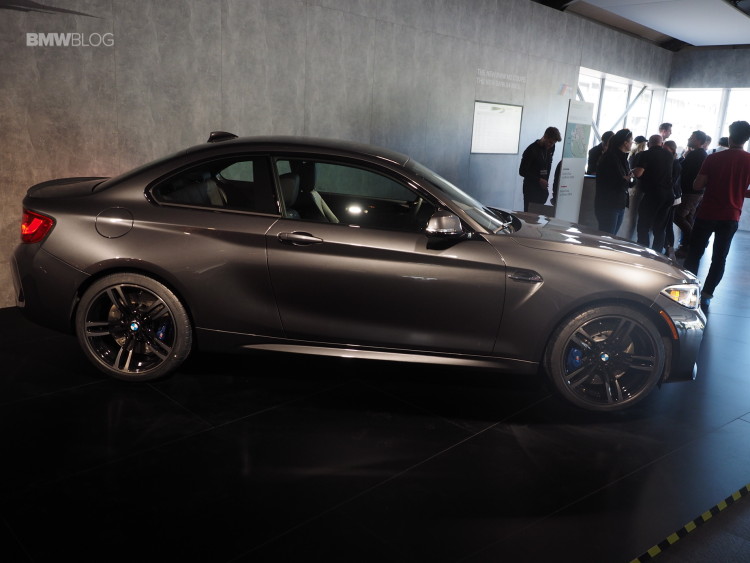 The 2016 BMW M2 will be available at authorized BMW centers starting at $51,700 plus Destination and Handling starting in April 2016. 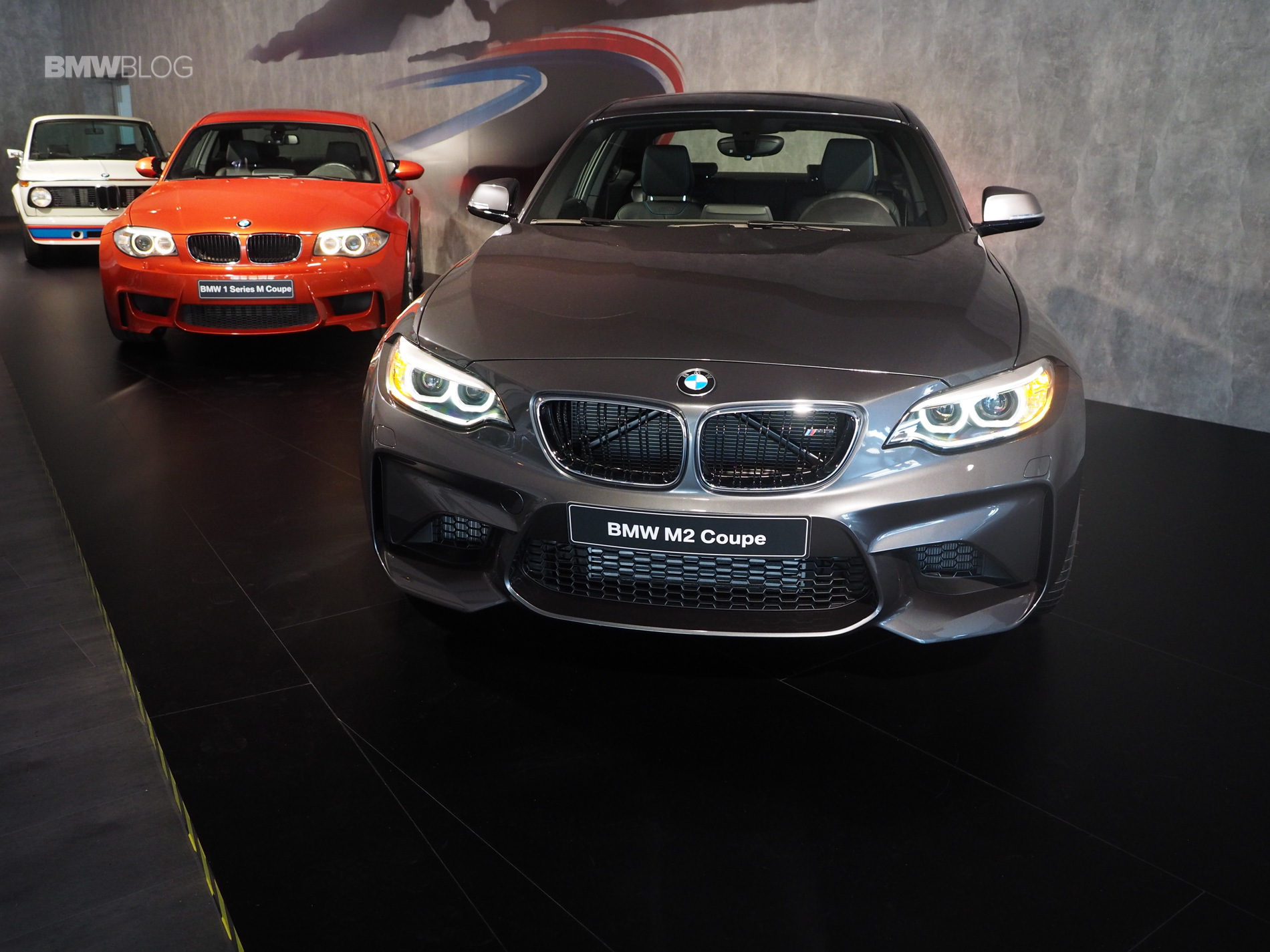 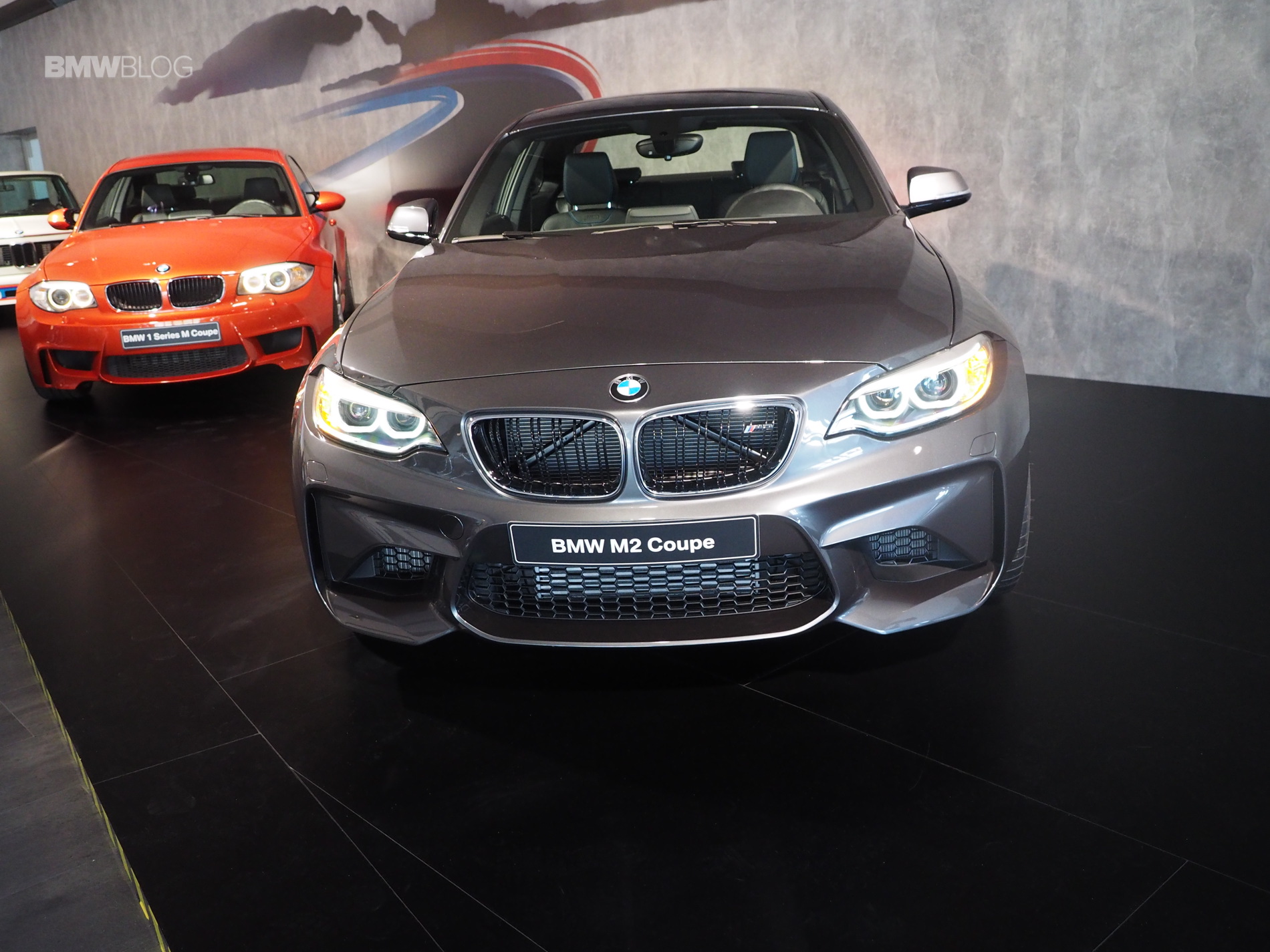 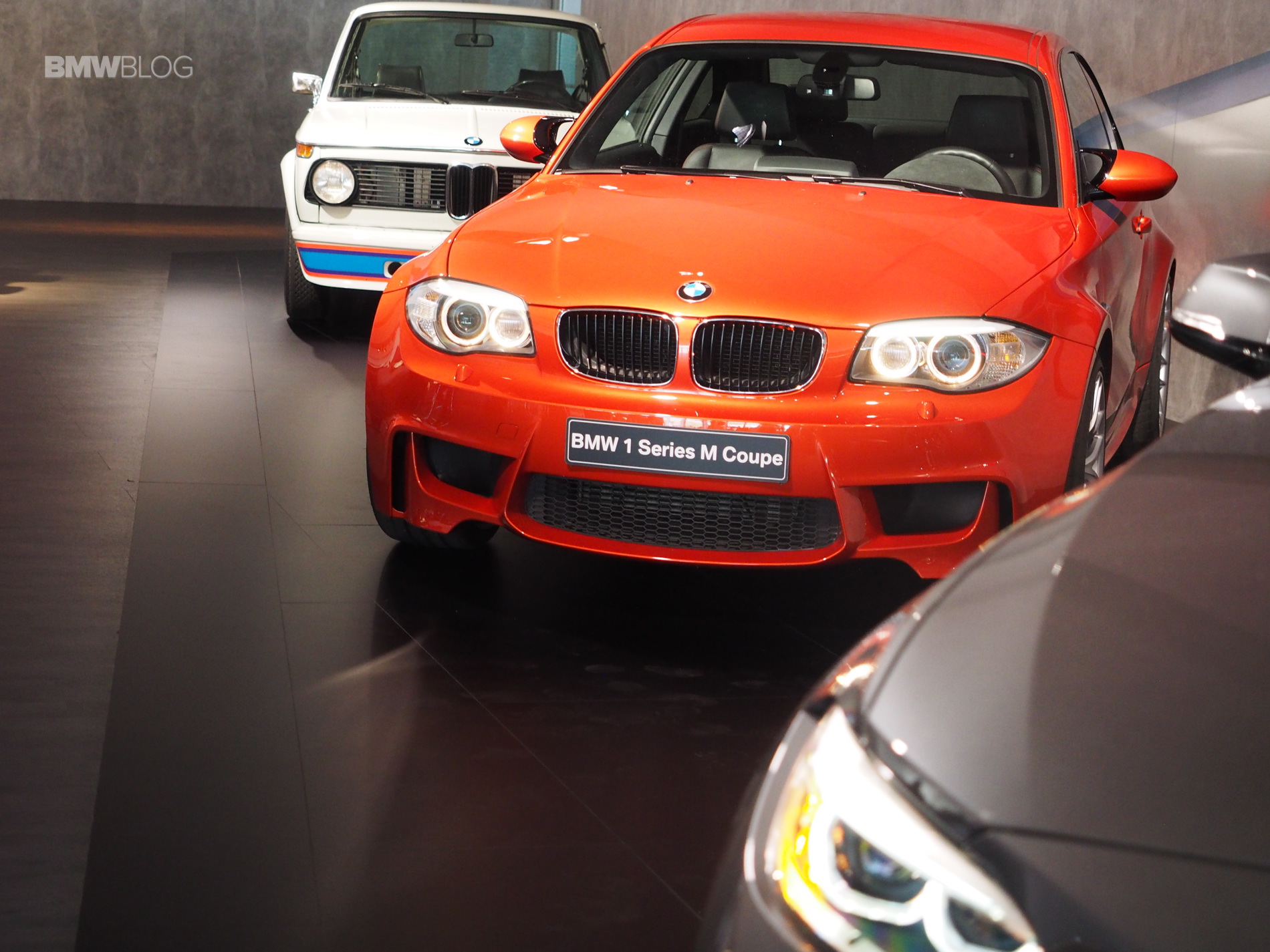 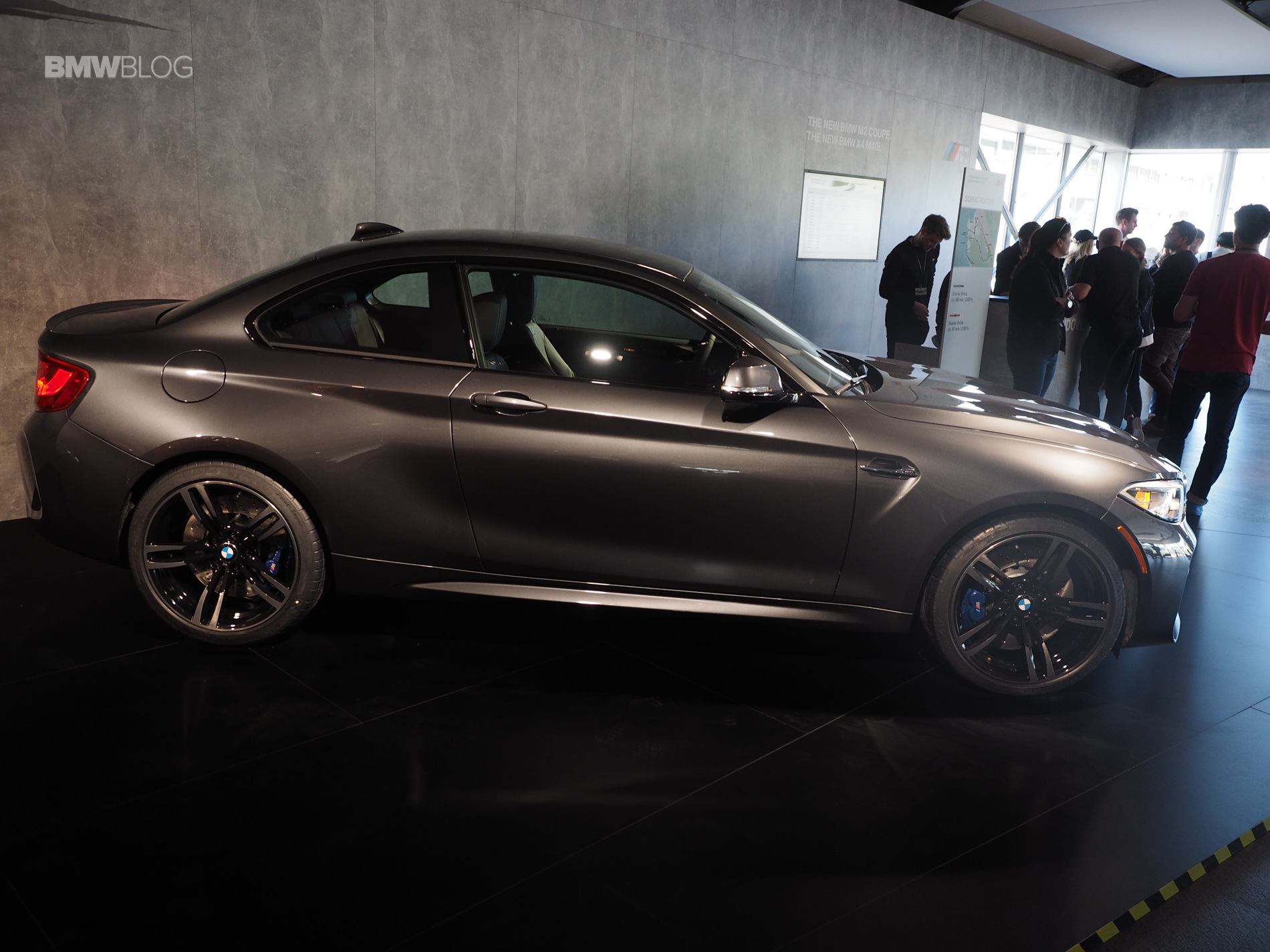 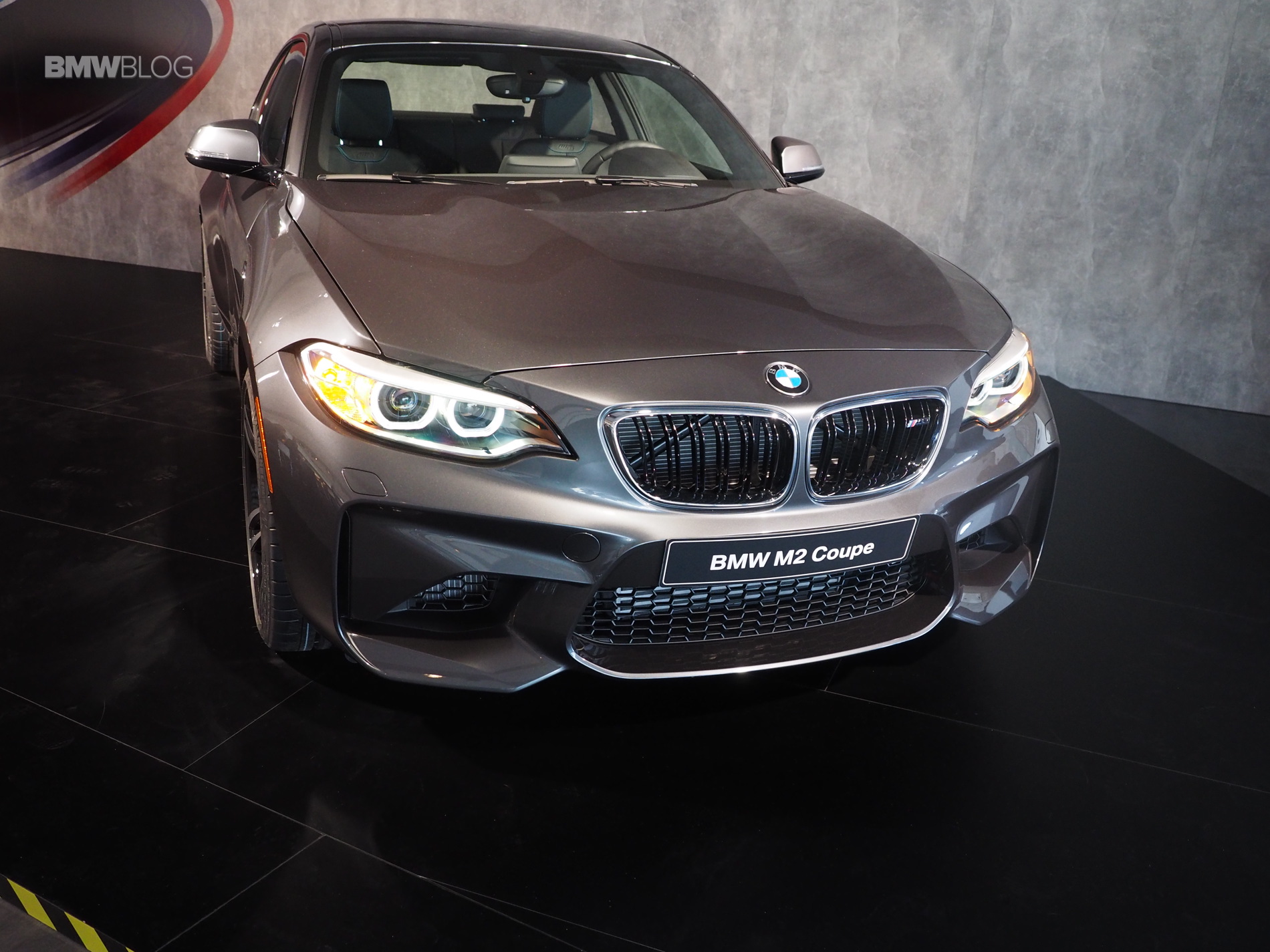