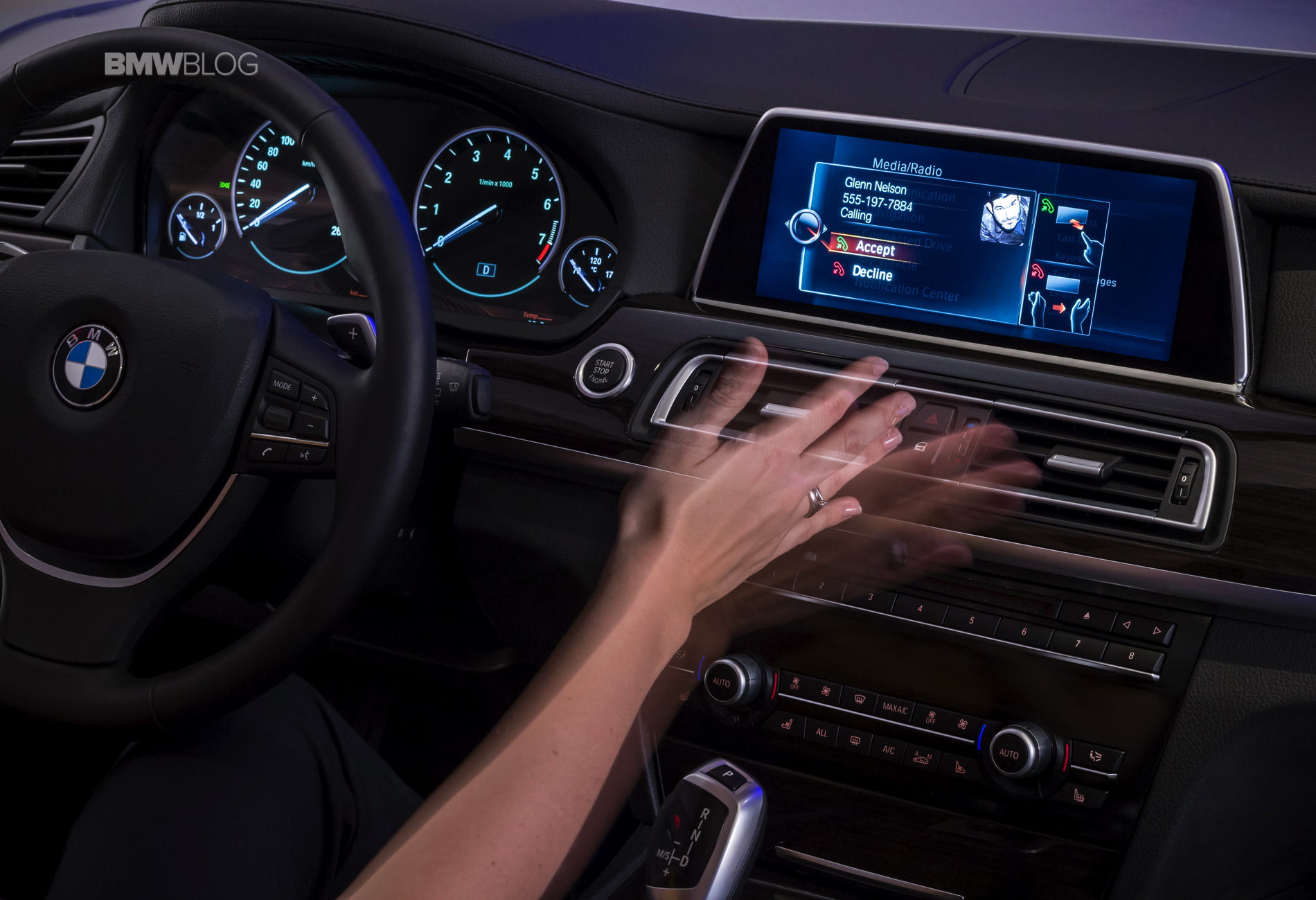 The spread of mobile devices is contributing to new forms of control in all areas of everyday life. In the new BMW 7 Series, numerous functions can be controlled using the touch-sensitive surface of the Control Display or by BMW gesture control, in addition to iDrive or voice control. A new fully integrated tablet in the rear of the new BMW 7 Series provides new freedoms with BMW Touch Command for controlling information, entertainment and comfort functions. 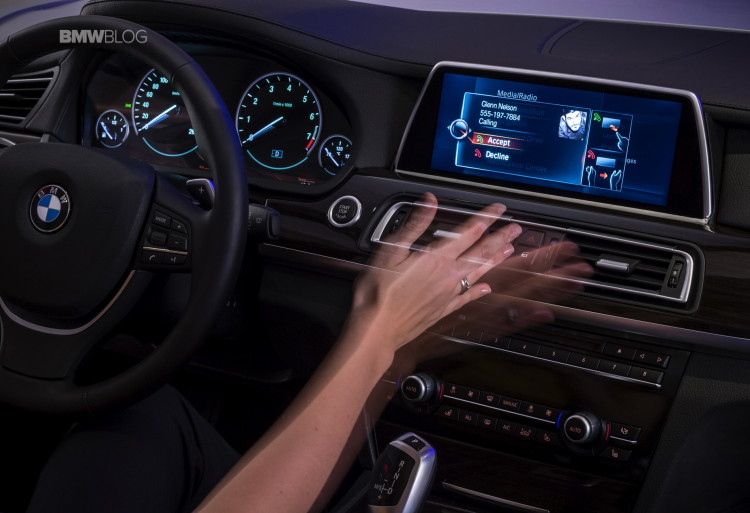 The antiglare, high-resolution 10.25 inch screen is installed in the new BMW 7 Series as a touch display. This is used to control the functions displayed on the screen surface by lightly touching the screen similar to the way users routinely operate smart phones or tablets. Familiar operation using the iDrive Controller is retained. The new BMW gesture control represents an even more consistent further development for operation of vehicle functions. Gesture control is being used for the first time in a series automobile in the new BMW 7 Series. Hand movements by the driver or passenger such as “swipe”, “point” or “rotate” are recognized by a 3D sensor. This 3D sensor is positioned in the area of the front interior lighting and recognizes gestures which are carried out between the gear lever and the instrument panel. The appropriate gestures are used for a number of functions including adjustment of the loudness of the audio program, and for accepting or rejecting incoming phone calls. A defined gesture with an individually selectable function can also be linked up. 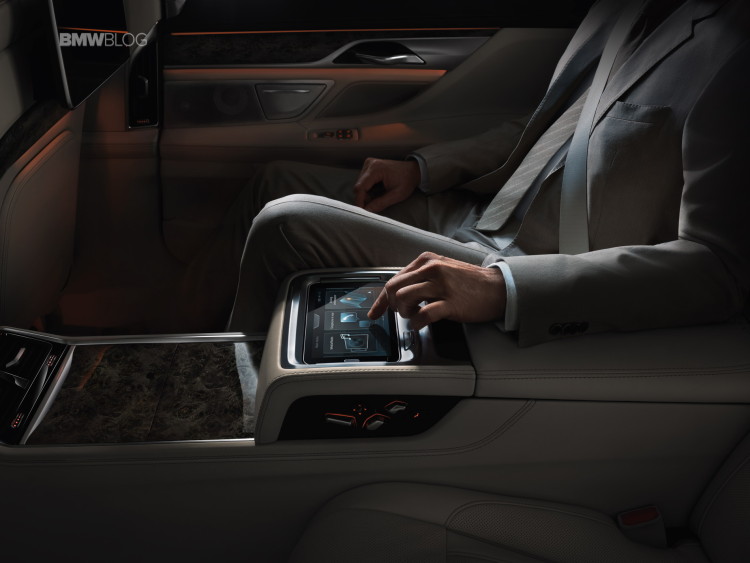 The multifunction control unit BMW Touch Command in the new BMW 7 Series has been perfectly tailored to the needs of passengers sitting in the rear of the car. The tablet with seven-inch display is integrated in the central armrest and can be taken out. This means that BMW Touch Command can be used on all seats as well as outside the vehicle. BMW Touch Command permits control of the information, entertainment and communication system, as well as comfort functions like air-conditioning, seat adjustment and interior lighting. It can also be used to surf the Internet, play back external audio and video files, or as a games console. Networking is carried out using a WiFi hotspot integrated in the vehicle. 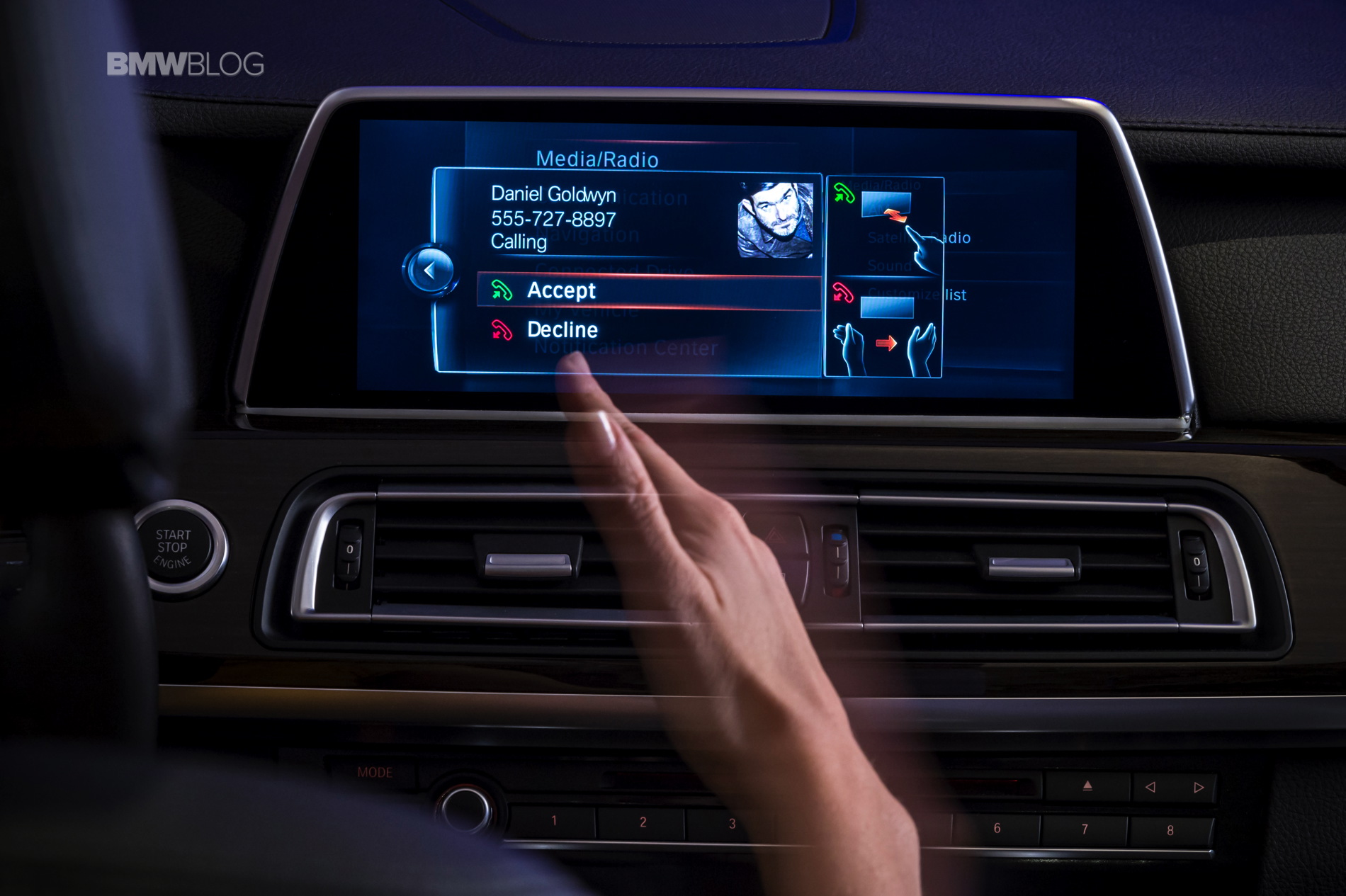 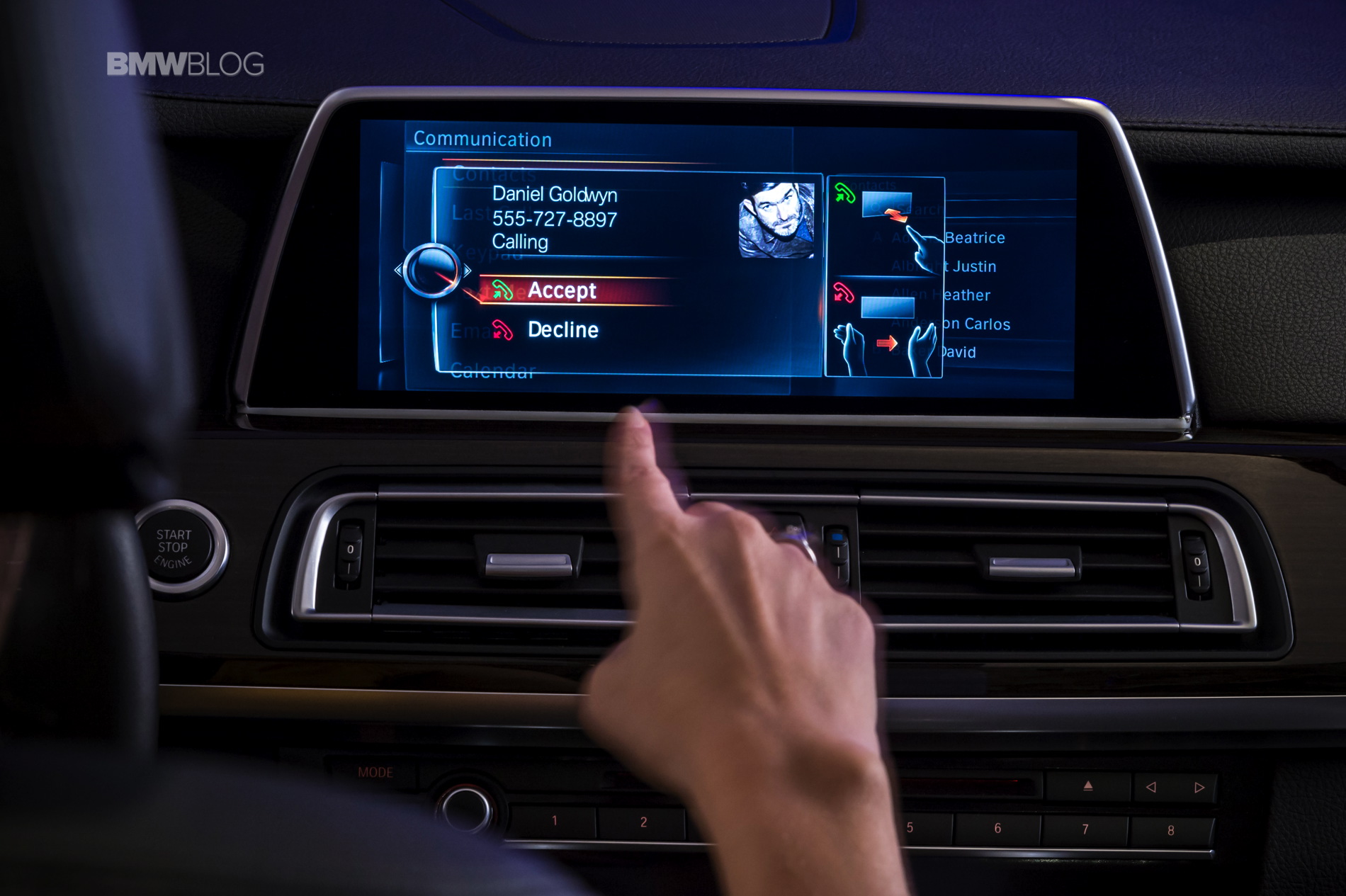 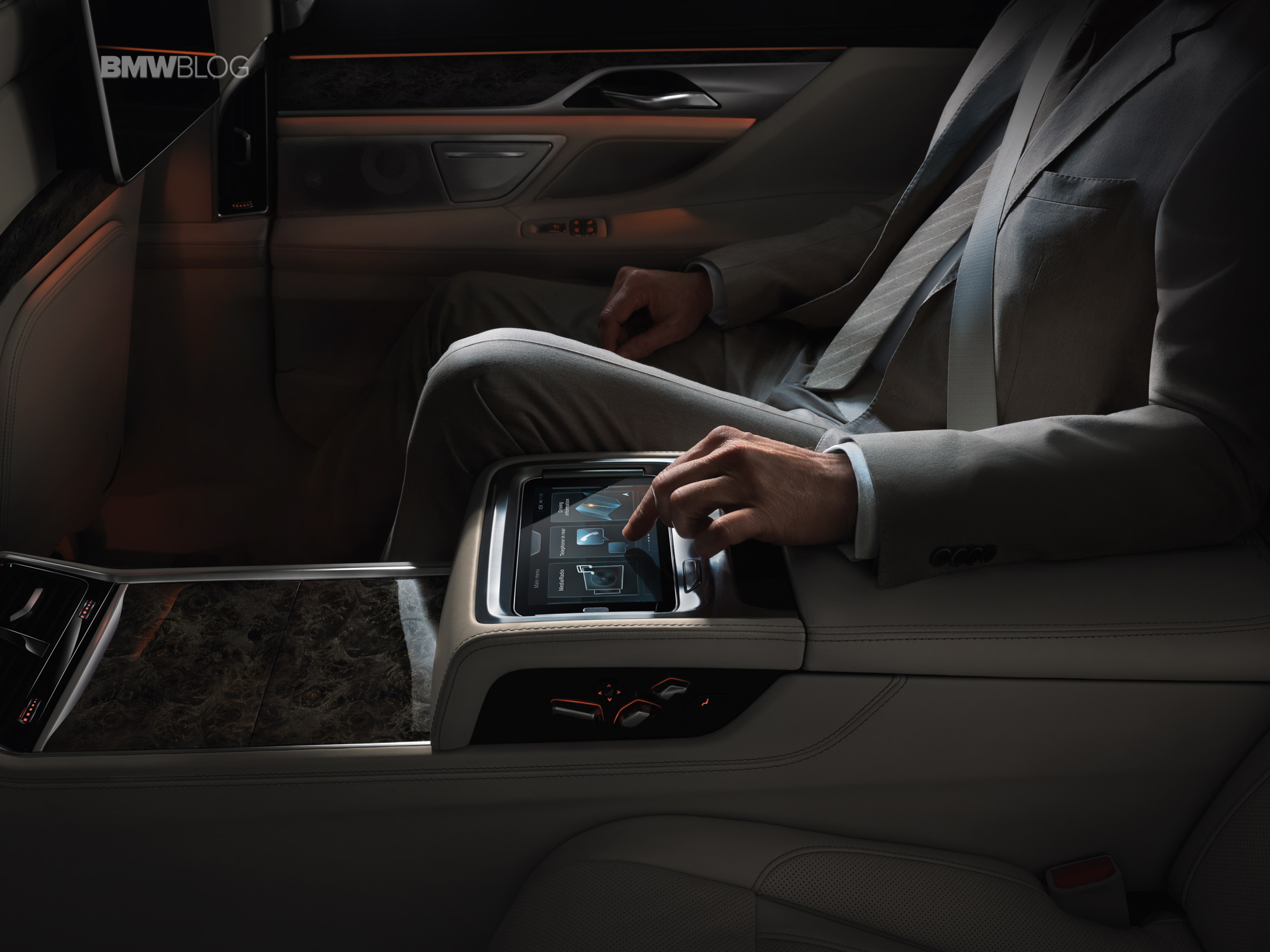