Bruno Spengler third on the DTM podium on Sunday

Home » Bruno Spengler third on the DTM podium on Sunday 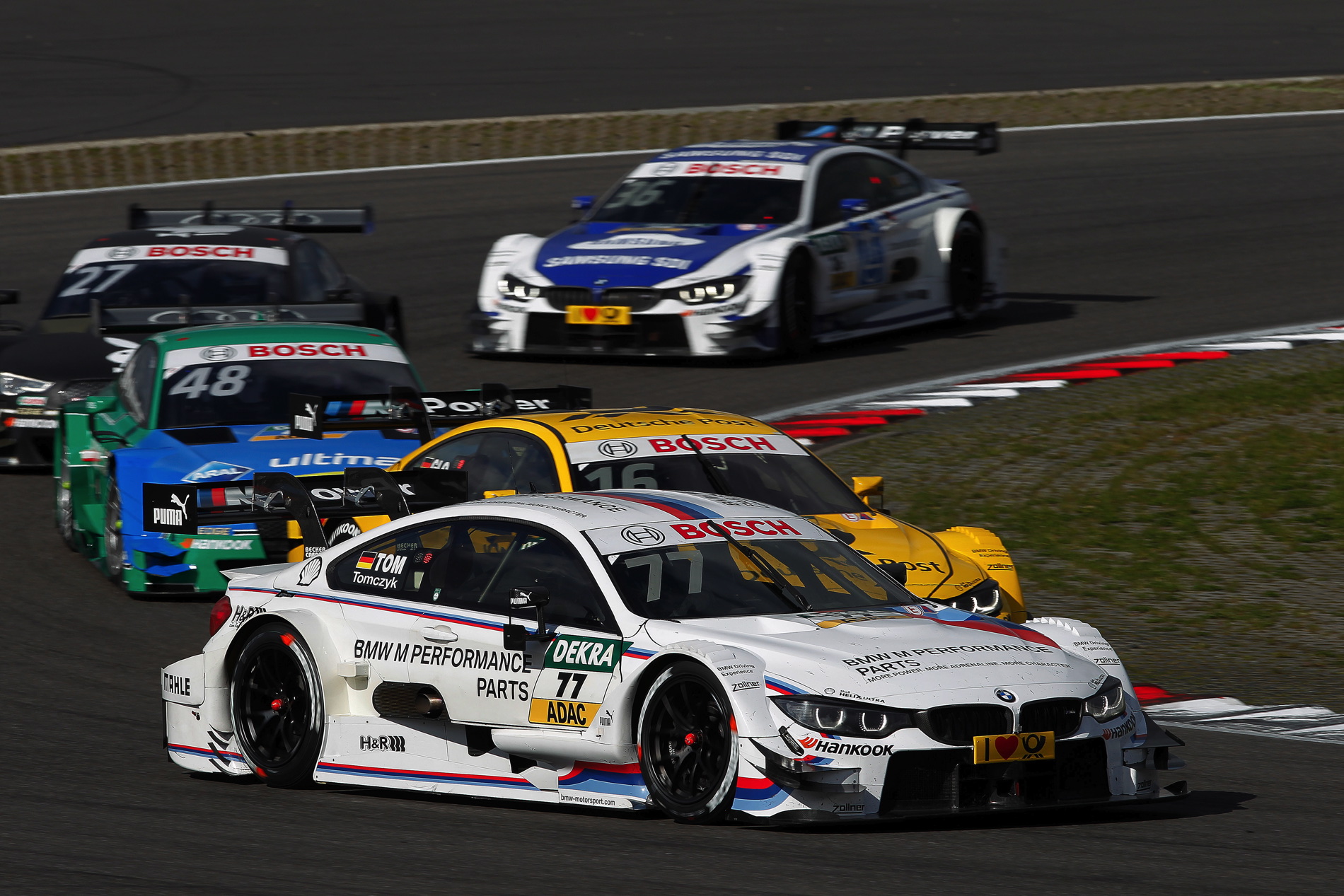 Bruno Spengler (CA) celebrated on the podium for the sixth time this year after the 16th race of the DTM season at the Nürburgring (DE). The BMW Team MTEK driver in his BMW Bank M4 DTM was third to cross the finish line after 43 laps, which saw him move up into fourth place in the Drivers’ Championship. Miguel Molina (ES, Audi) got the win.

Tom Blomqvist (GB) in his BMW M4 DTM finished in fourth place behind Spengler and got his second-best result in the series to date, after his first DTM win in Oschersleben (DE). Finishing in eighth place, Augusto Farfus (BR, Shell BMW M4 DTM) also picked up valuable points for the Manufacturers’ Championship, in which BMW was able to defend the lead going into the final race weekend of the season in Hockenheim (DE), and now has 554 points to its name. 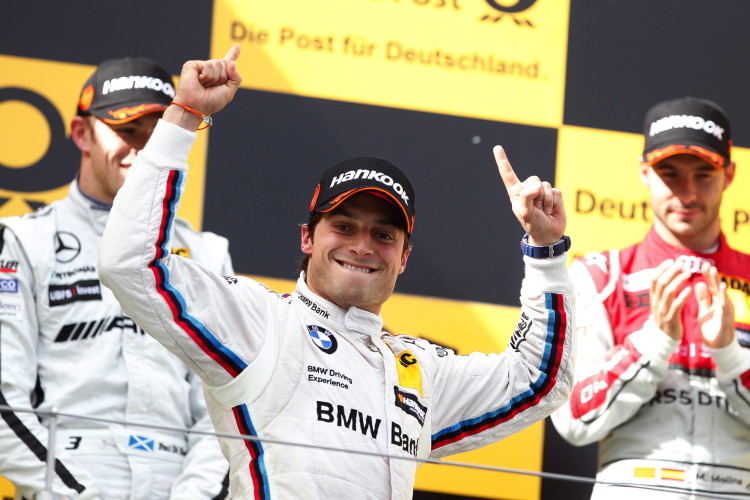 Martin Tomczyk (DE) made up ground impressively in his BMW M Performance Parts M4 DTM. He had to start the race from the back of the grid, but made up 15 places and, finishing in ninth place, also made it into the top ten. 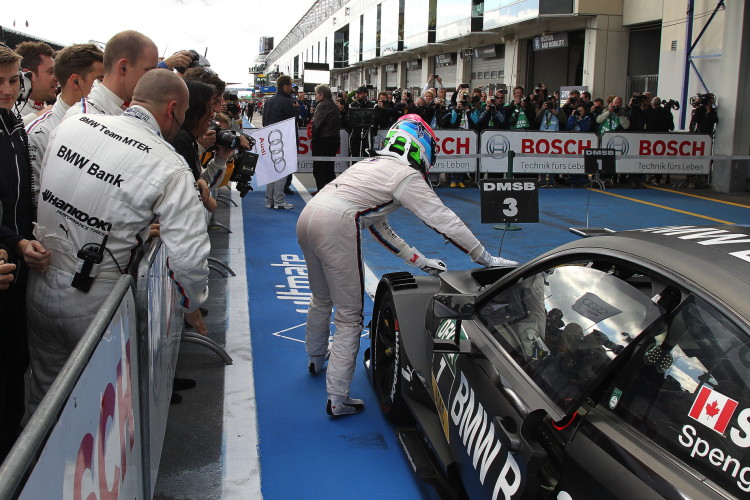 Jens Marquardt (BMW Motorsport Director): “After yesterday’s win, we were able to pick up further valuable points today. Bruno Spengler made it onto the podium thanks to a strong performance, and Tom Blomqvist’s fourth place is also a very good result. Augusto Farfus and Martin Tomczyk also made it into the points. We can be very happy with today’s results since our rivals were just that little bit stronger overall. Martin Tomczyk delivered a sensational race. Starting from the back of the grid and finishing in the points is something that only a few of the DTM drivers are capable of. The spectators got to watch a very entertaining race and I was extremely pleased with our fighting spirit. The weekend went well for us overall, we head to Hockenheim leading the Manufacturers’ Championship. That is a great feeling. Congratulations to Audi and Miguel Molina on his first DTM victory.”

Bruno Spengler (BMW Team MTEK, 3rd place): “It was a fantastic race. I’m especially pleased for my BMW Team MTEK mechanics that I was able to pick up points finishing third today. My car was very badly damaged after my accident yesterday. But my guys did a brilliant job and repaired the car in time for the race today. The BMW Bank M4 DTM felt fantastic and was very strong throughout the entire race. I am extremely happy with my podium position. Now I am looking forward to the season finale in Hockenheim in three weeks.” 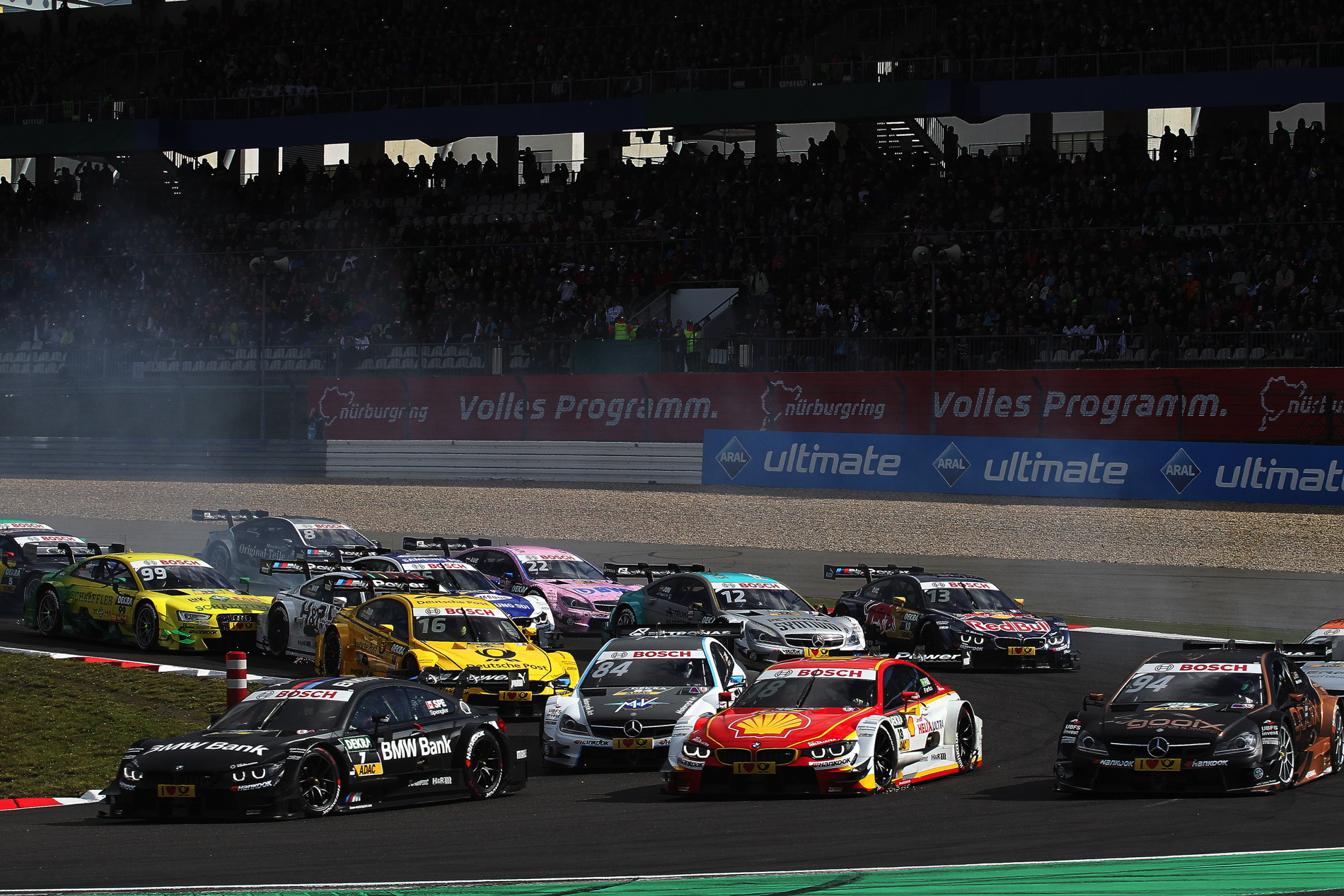 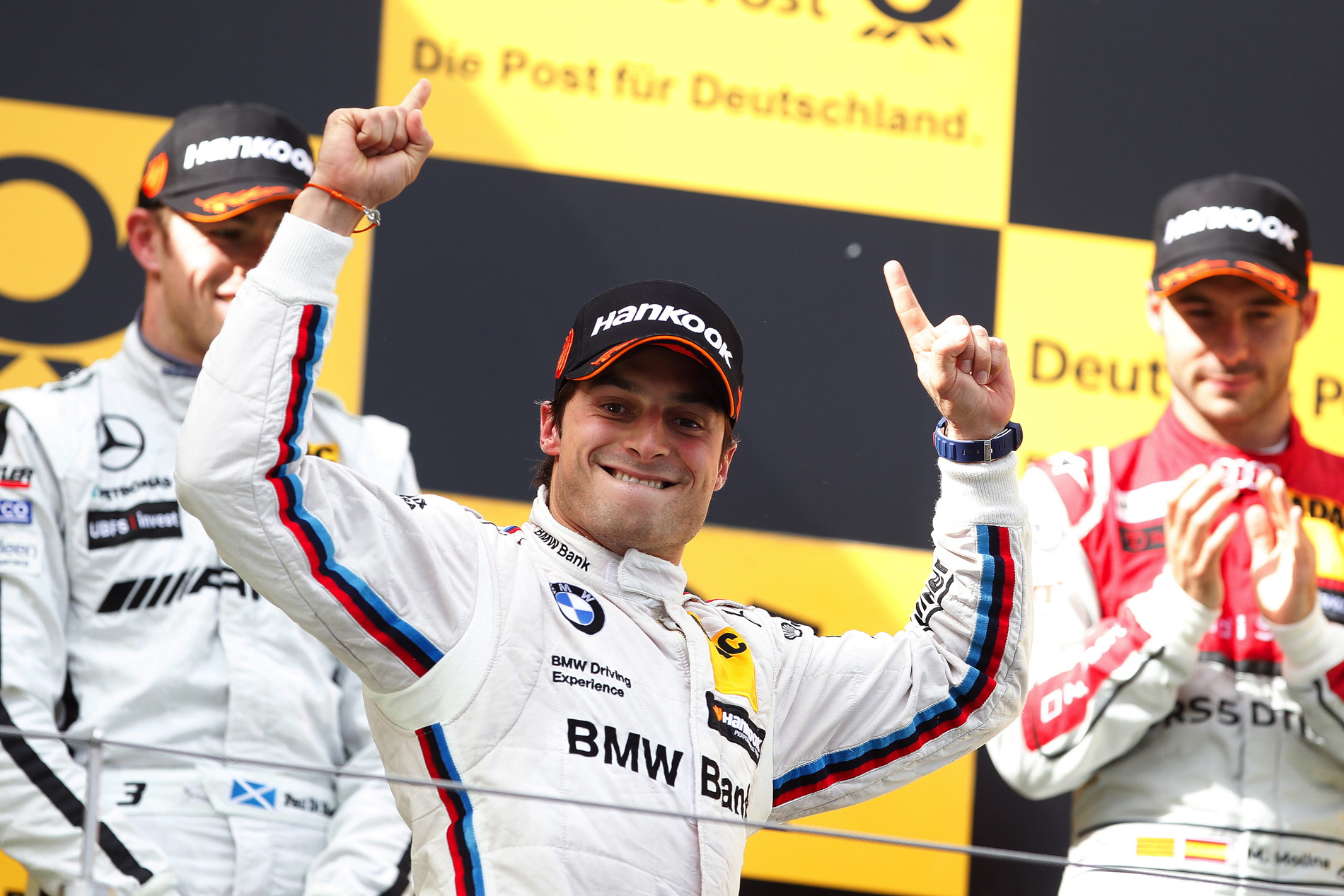 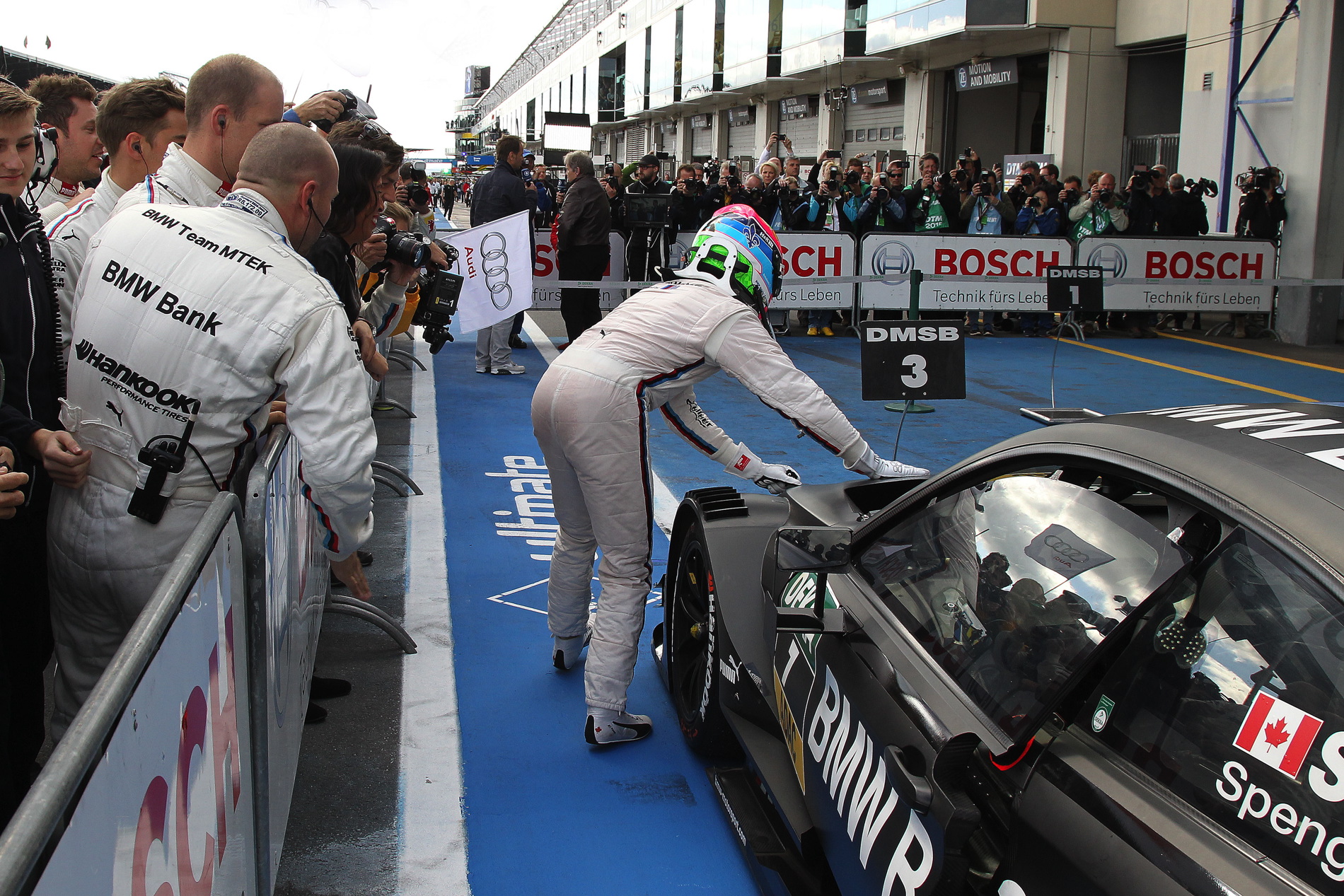 Bruno Spengler celebrated his sixth podium finish of the season.

Spengler’s third place was the tenth podium position for BMW Team MTEK in its DTM history.

Martin Tomczyk started in 24th place at the back of the grid and made up 15 positions, which saw him finish in the points for the fourth time this season.

Miguel Molina is the 12th winner in the 16th race of the current season. Only three drivers have won more than one race in 2015.

A collision forced Marco Wittmann to return to the pits early on, which saw him drop to the back of the field.

The safety car came onto the track when Timo Scheider’s car got stuck in the gravel after another collision.

Timo Glock was awarded a drive-through penalty after a collision with Edoardo Mortara and dropped right down the field.

Tomczyk overtook Mattias Ekström (SE, Audi) and Daniel Juncadella (ES, Mercedes) on the 36th lap, which saw him make it into the points after starting from the back of the grid.