Car technology has been moving forward and an almost absurdly rapid pace. It wasn’t long ago that automatic cruise control was looked at as something from Minority Report, but now cars can basically drive themselves. It’s almost unbelievable how fast things are moving. If you were go back in time just a decade and describe to the people what we have today, they’d be baffled. Some love these newfangled features and embrace them, while some feel that these features take away from the driving experience. Like them or now, however, they’re damn impressive and here to stay.

Some of these features are used for safety, like collision warnings, automatic braking and blind-spot monitoring. But some are used for comfort and convenience, like heads-up displays, gesture control and any kind of autonomous driver aid. BMW offers all of these features (and the only company to offer gesture control) and, depending on the model, some BMWs have them as standard. It’s remarkable how far we’ve come. I was ecstatic the first time I used Bluetooth audio streaming, now cars can read my text messages for me. Crazy.

But what are the best of these features? Many of them are incredibly helpful and can make driving both easier and safer, but some are just useless fluff to convince people to buy the cars. Which features are actually useful, helpful and most enjoyable? Let’s take a look.

5.  Heads-Up Display – The HUD in modern BMWs is probably the best, most interactive automotive HUD ever made. Showing turn-by-turn navigation, speed, current speed limit and other info, the HUD in a current BMW can be an incredible tool to use. Now, is it necessary, was it originally all that hard to look at the speedo and nav screen? No, it’s not and no it wasn’t. But after using it, it’s hard to go back to not having it. Trust me, press cars can spoil you. Having all of the information immediately in your line of sight not only looks awesome but makes driving that much safer. You no longer need to take your eyes off of the road for anything. It’s incredibly helpful and hard to live without once you’ve used it. In future, all cars should have a HUD. 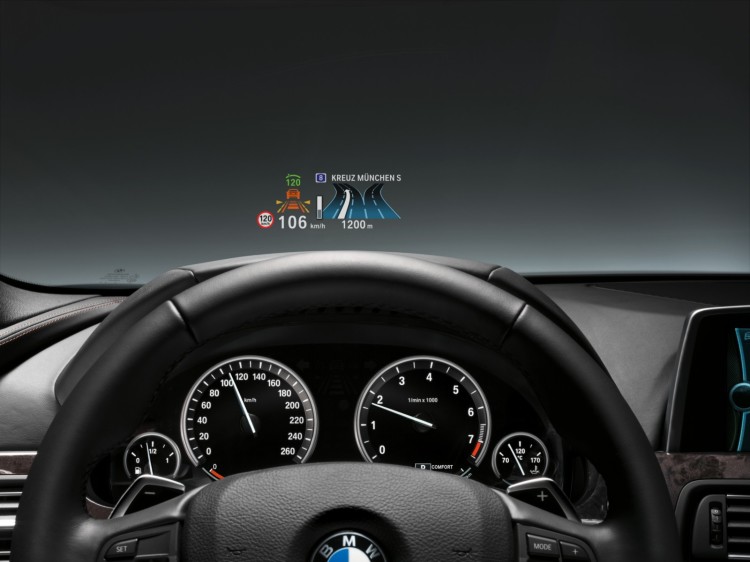 4. Blind-Spot Monitors/Lane Detection – Looking over your front passenger’s shoulder before a lane change to check the blind spot is one of the more dangerous things a driver must do. It completely cancels your forward visibility, making you pray that for that moment the car in front of you doesn’t need to slam on its brakes. However, it’s a maneuver that almost all drivers do multiple times during even one short journey because it’s a necessity. The idea of a blind spot is that no mirror can see it, so you absolutely must turn and look to see if a car is there when changing lanes. However, a blind spot monitor gives you a much easier go of it, by displaying a little indicator on the side mirror or in the gauge cluster, allowing you to change lanes with peace of mind. It’s a wonderful little tool. Simple, but life changing.

3. Voice Control – This one seems simple, having a button on the steering wheel to allow drivers to control virtually everything in the infotainment system. But it’s really a game changer, because there are so many crashes and accidents that involve people taking their eyes off of the road to mess with the nav screen or the radio or whatever it may be. Especially when the car company uses a bonkers touch-screen system (You know who you are). But being able to tap a button on the steering wheel and tell the nav system where to go or change the radio station or even make a call allows drivers to focus on the road and keeps their hands on the wheel. This is a very simple tool that can be extremely helpful. 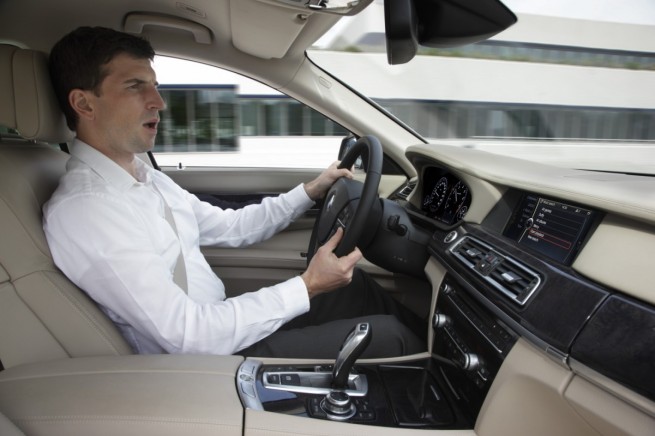 2. Collision Warnings – Nowadays, most luxury cars are available with some sort of collision detection system. It’s usually just an array of sensors in the front and back of the car which help warn of incoming collision, whether that be on the open road or while parking. This helps in parking, because sometimes it’s hard to judge just how far away another car is, especially on busy city streets. But it’s incredibly helpful on the open road, especially at low speeds. At high speeds, even with a collision warning, it’s hard to avoid impact. If you weren’t paying attention enough to need the warning it’s not likely that the warning will save you. However, at low speed there’s enough time and sometimes you just look away for a moment for something and the car in front of you panic brakes. It’s happened to me before as well as thousands more. But this little warning can save a lot of small accidents and fender-benders. 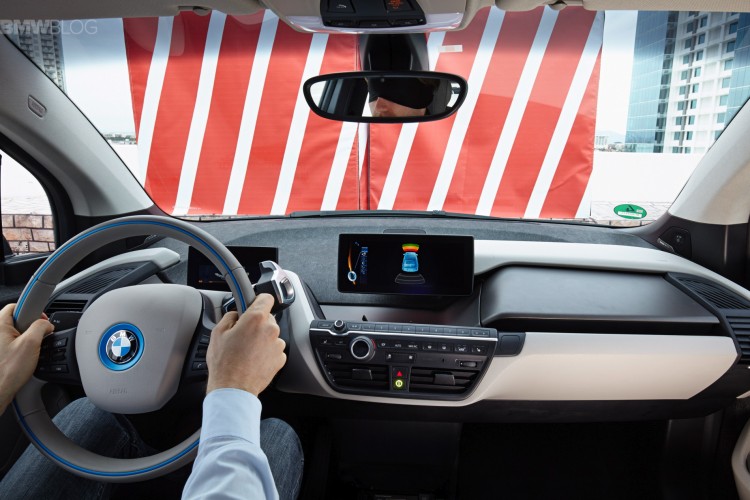 1. Automatic Braking – This kind of ties into the collision warning system, but some cars have actually autonomous braking functions while other just beep at you, warning of an impending disaster. The cars that brake for you can literally be life savers. These cars use a similar array of sensors, but have the ability to judge your speed and recognize whether or not you’re stopping in time and can apply the brakes accordingly. There’s a video of the former Senior Vice President of Google, Vic Gundotra, talking about how the Mercedes-Benz Distronic system saved his, and likely another person’s, life. These automatic braking systems can bring cars to a full stop without any user interaction and that can save lives. Any kind of automotive feature that can actively save lives, not just help prevent distraction but actually save a life on its own, is the best kind of feature possible.