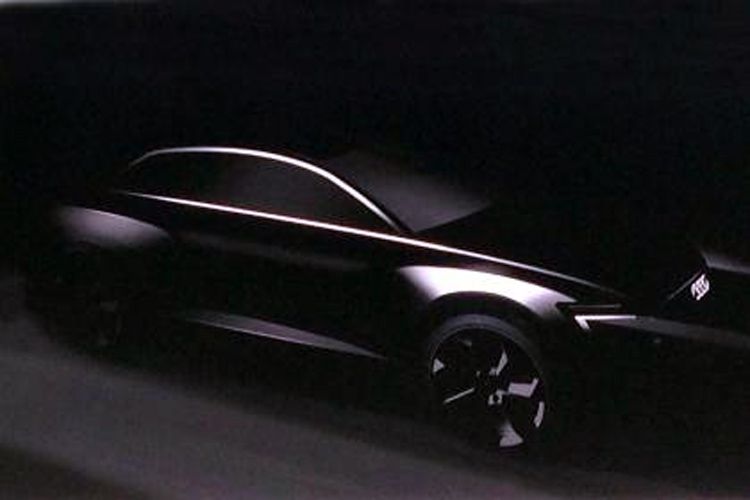 The electric segment is bound to get crowded. Ingolstadt-based Audi announced their plans to build an all-electric SUV by 2018. Engineering boss Dr Ulrich Hackenberg said the lessons learned from the Audi R8 e-tron will be use for other production vehicles as well.

“In early 2018, we will launch a battery-powered sports activity vehicle in the large premium segment with a range of more than 500 kilometers (300 miles),” said  Hackenberg. “It will have a new, very attractive design, which we are developing especially for the e-tron range and for battery-powered vehicles. This sports activity vehicle will be built in the second generation of the modular longitude platform (MLB 2) – our concept for the optimal drivetrain diversity implementation.”

A teaser photo was also revealed by Audi, showing a long SUV with wheel arches and razor-sharp headlights and grille. The electric SUV could be badged as Q6 e-tron, sitting between the Q5 and Q7. It will join a MINI Countryman-sized Q1, due next year, and a Range Rover-rivalling Q8 that’s a little further down the line. 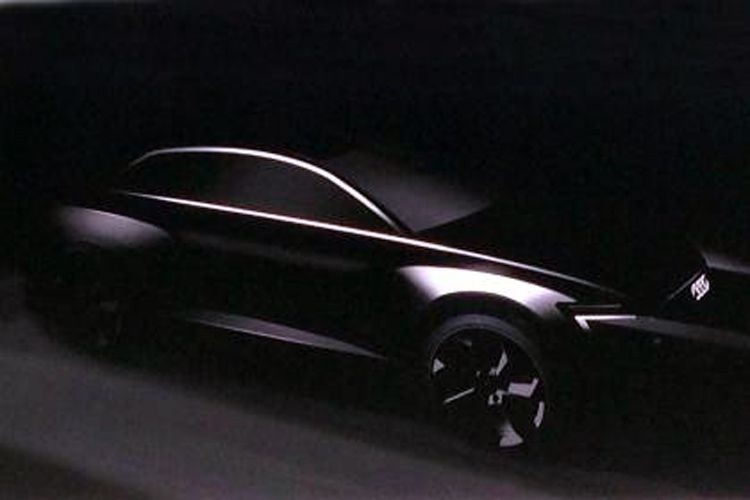 “The Audi Q1 will be the new entry-level model among our SUVs and will round out the portfolio at the bottom end as on 2016,” said Rupert Stadler, Audi CEO. “In the large luxury segment, we will make an impact with a sporty Q derivative with the Audi Q8.”

The electric range of the Audi electric SUV is said to be around 300 miles, surpassing the Tesla Model S, and offering a viable option to customers with drive range anxiety. “It’s a more passenger-orientated car, so for more than two passengers. But it will be a car which can be used by families that have some money; it is premium. It will have a big battery capacity and a range of more than 500km (313 miles),” Hackenberg revealed. “We will make a presentation soon.”

Furthermore, Hackenberg said the SUV “will have a specific design, so we won’t take an A6 or a Q5 or whatever and integrate the battery electric drivetrain,” said Hackenberg. “The build system has the same architecture as an MLB car; that means we can build it in an MLB plant. MLB means that we can work with steel, with a mixture of materials and also with aluminium.”

Audi says the electric SUV will be fitted with a battery capacity of 37Ah.

While BMW has yet to announce an all-electric SUV, the company is preparing the BMW X5 xDrive40e hybrid which will be unveiled this week. The eDrive X5 will use BMW’s 2.0 liter turbocharged four-cylinder making 240 hp, mated to an 8-Speed, ZF automatic and using a rumored 100 hp electric motor as a torque converter. The battery pack will be in the back of the car with a plug-in charge point located on the front left fender. Combined power output is said to be around 300 hp with the electric motor filling in for turbo lag, as on the i8. Capable of driving 20 miles on electrons alone, the eDrive will be the perfect around-towner. It can also hit up to 75 mph in Pure Electric mode

A rumored BMW i5 sedan or crossover is also on the map as well.