Teen Driving – How can we improve that in the U.S.

Home » Interesting » Others » Teen Driving – How can we improve that in the U.S.

We have an issue with teen drivers in this country. This is no secret, as you know. Everyday there are thousands of accidents involving teen drivers, and around seven teens, ages 16-19, are killed in motoring accidents. In 2011, around 2,650 teens of that age were killed while driving and 292,000 were injured in motoring accidents. This is a frightening concept for any parent, or anyone for that matter. Something needs to be done about how our youth behave behind the wheel.

You almost can’t go one day without seeing an ad on television telling you not to text/drink/or talk on the phone and drive. With the advent of the cell phone, there are far more distractions for the attention-deprived youths of today. Texting, Facebook, Snapchat, Twitter, Vine; these are all things that teen drivers do/use while driving. Not all of course, there are some responsible teens out there, but in-car selfies are becoming a “cool” thing to do nowadays. This is on top of people already talking on the phone and texting while driving. 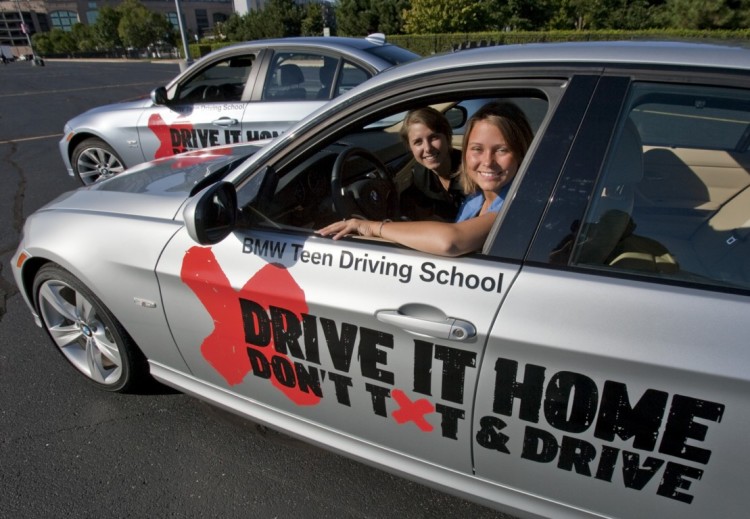 I won’t sit on a high horse and claim that I have never texted or talked while driving, because I did occasionally, but I understand the danger completely and avoid it at all costs now. Every time you take your eyes off of the road, you increase the risk of hurting yourself or someone else, or worse. Distracted driving can truly be a killer.

But I don’t want to sound like old fart, claiming that all this newfangled technology is ruining our youths. Because, to be honest, it isn’t just teens that are doing all of that, it’s everyone. The real issue, for me at least, is our driving test here in America.

In the U.S., only six hours of instructed driving is necessary to gain a learners permit and the driver’s test only consists of one written test and one 10-minute quick driving course. I’m sorry, but that is simply not enough. Cars can be 4,000 lb. death machines if not treated properly, and the only instructed training teenagers, as young as 16, get is six hours? And if that wasn’t bad enough, the actual driving test is a joke. I can’t attest for the whole country, but my driver’s test consisted of about four turns and a parallel park. That’s historically terrible. Even worse is that some teens actually fail that.

The United States must come up with a different standard of testing. Almost 90 percent of Americans currently drive, and most people are on the road at least twice a day. Driving is an extremely important skill to be learned, yet we treat it as it’s as easy as riding a bike.

I think we can learn from the Fins. In Finland, they take driving very, very seriously. The Finish driver’s test is so rigorous, it almost makes you want to consider walking as your main form of transportation. First off, it takes two years to fully obtain an unrestricted driver’s license. To start, a Finnish teen must complete 18 hours of instructed driving (three times what we do), they are tested on a slippery driving course to insure the driver can control the car if it should slide, and the actual driver’s test consists of 30 minutes of city and night driving.

In Finland, teens understand the potential dangers of driving and are taught how to control them. In America, if the kid knows how to turn the car on, they pretty much get a license. Finland is so far ahead of the game when it comes to driving, and that’s how all countries should be. Driving is such an important part of our everyday lives and learning about it should not be taken as lightly as it is here. Teens should be taught how to control a car in case of a slide, or how to handle certain situations at night when visibility is low. And we simply don’t do that here.

So while texting and talking on the phone is bad, you can’t really teach that out of people. Everyone knows that’s bad just like everyone knows that drinking and driving is bad, but people still do that. However, you can teach people how to handle certain, dangerous situations.

So, as much as I never thought I’d say this, I think we need to be more like Finland.

3 responses to “Teen Driving – How can we improve that in the U.S.”