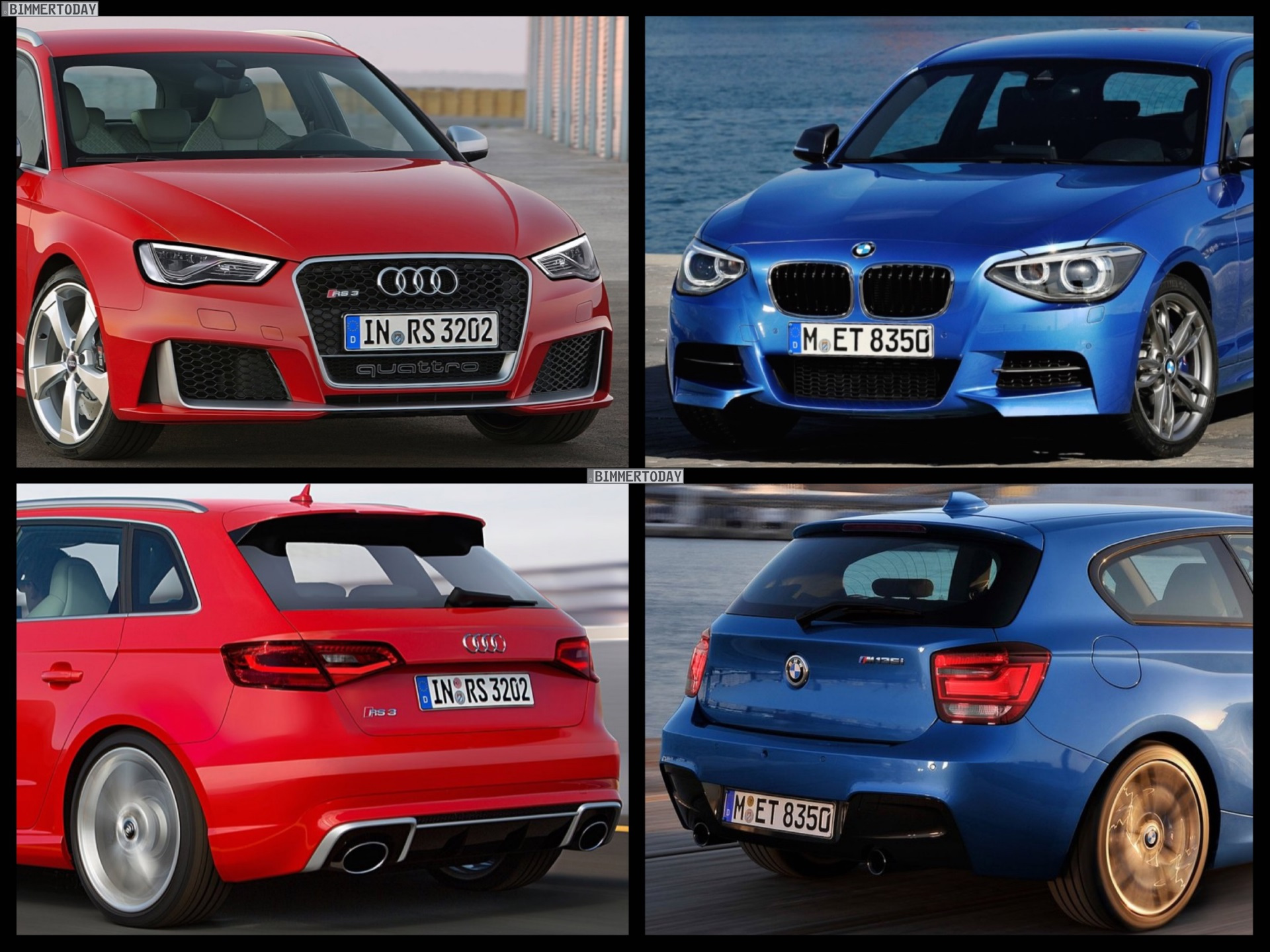 At least in terms of engine performance, the 2015 Audi RS3 is the crown of the leader premium compact sports car segment. The new RS3 develops 367 horsepower and comes with the all-drive quattro system on board. The next competitor is the Mercedes-Benz A45 AMG which outputs 360 hp.

The real answer from Munich goes by the name of BMW M2 F87, but won’t be available until 2016. Until then, BMW offers in this class the 326 hp M Performance M235i. In terms of body and shape, the best matching vehicle from BMW is the M135i and its 320 hp. 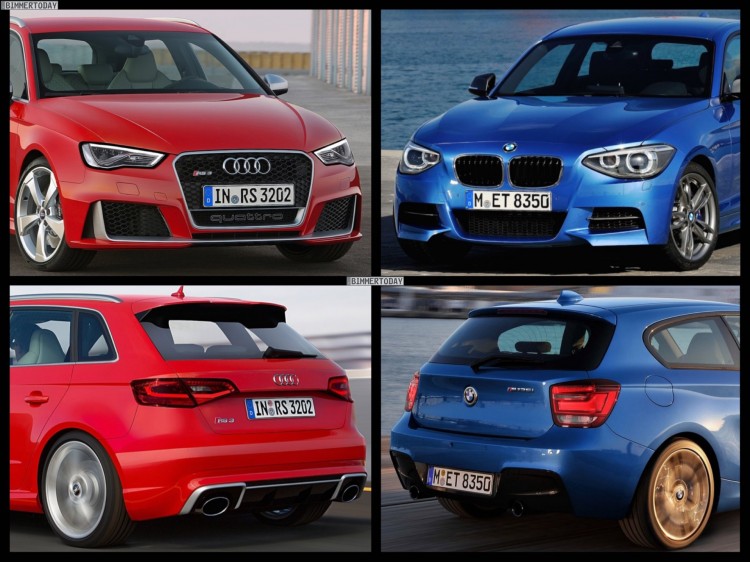 While the BMW M135i and M235i BMW are rear-wheel based with the optional all-wheel drive system xDrive, there is no way BMW competitors with a front-wheel drive platform and xDrive option.

In the case of the new 2015 Audi RS3, the quattro can be combined with a transversely mounted five-cylinder turbo engine. The 2.5 liter displacement engine makes 367 hp and 465 Nm of torque. According to the official stats, the RS3 accelerates in 4.3 seconds from 0 to 100 km /h – three tenths of a second faster than the Mercedes A45 AMG.  Top speed is limited electronically to 280 km/h.

The compact sports car comes with a 7-speed DSG. This lavishly revised suspension system ensures a lowering by 25 mm compared to the Audi A3 Sportback and should also allow controlled drifts, according to Audi.

Unique in the compact class is the optional carbon-ceramic brake system of the Audi RS 3, no competitor currently offers that option.

Until the launch of the Audi RS 3 in the summer of 2015, the BMW M135i will have received a facelift, the engine power won’t likely be raised to more than 326 hp. 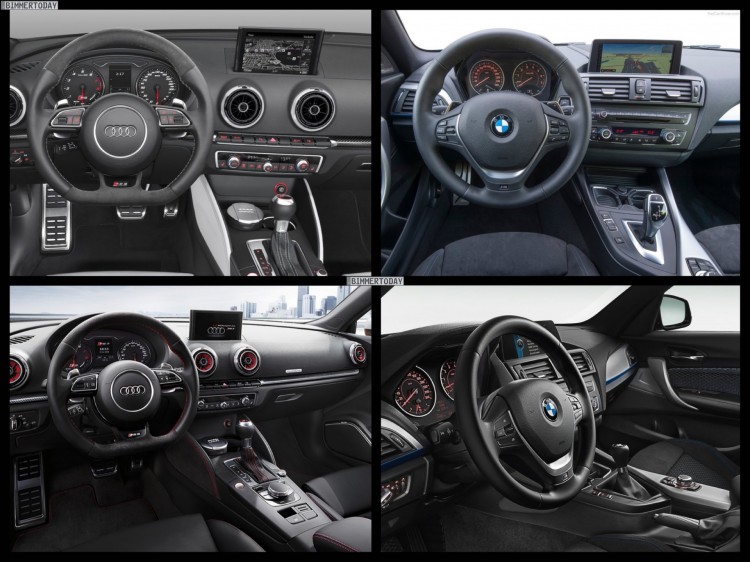