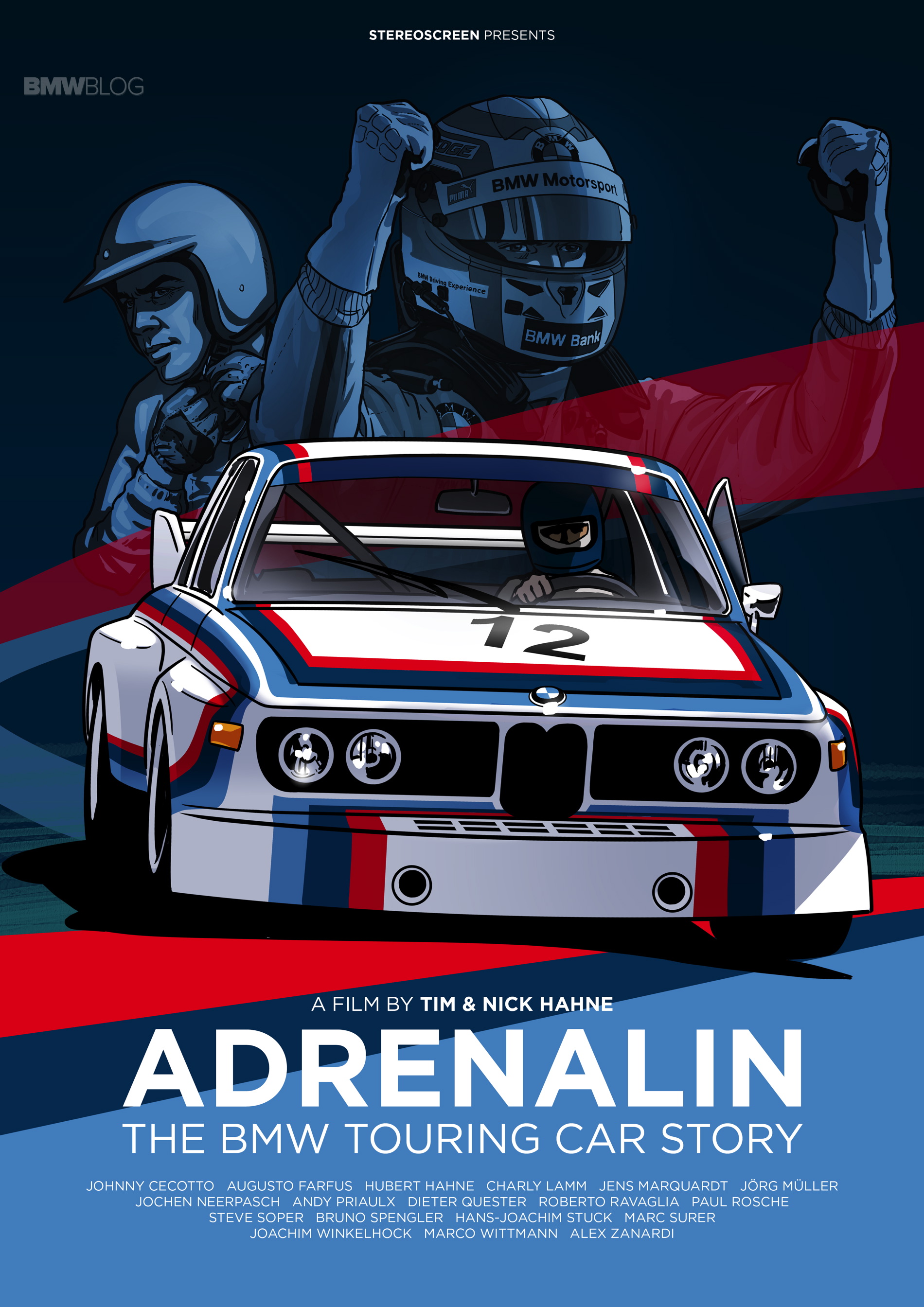 A one-off documentary on the 50-year history of BMW Motorsport in touring car racing is available now: “ADRENALIN -THE BMW TOURING CAR STORY”, produced by brothers Tim and Nick Hahne (both DE). Together with their crew, the two filmmakers spent an entire year travelling throughout Europe, during which time they conducted about 30 interviews with BMW Motorsport drivers and management past and present. They also dug out previously unreleased archive material.

Because of this they were able to produce a 123-minute, in-depth, breath-taking and emotional sport documentary, which offers a fascinating insight into life at the limit and features entertaining stories from the pit lane. It can be ordered online now on DVD and Blu-ray at www.adrenalin-film.de.

“This is the ultimate documentation on the history of BMW in touring car racing,” said BMW Motorsport Director Jens Marquardt. “The film had me captivated right from the first minute. The clips show emphatically what a magnificent history BMW has enjoyed on the touring car scene. I find the footage from the 1960s and 1970s particularly fascinating, when the drivers courageously hurled their cars round the racetracks, sometimes drifting wildly. Many of these drivers are heroes, whose success has made them legends. When Johnny Cecotto, Roberto Ravaglia and ‘Strietzel’ Stuck wax lyrical about the good old days and tell their stories from the paddock, I cannot help but chuckle. And I get goosebumps when Bruno Spengler lifts the glass trophy in the air as the DTM champion. Those memories are still just as vivid as Marco Wittmann’s title win this year. I can only recommend any BMW fan to watch this film. Never has the history of BMW Motorsport been told with such emotion and evocatively as in this film.” 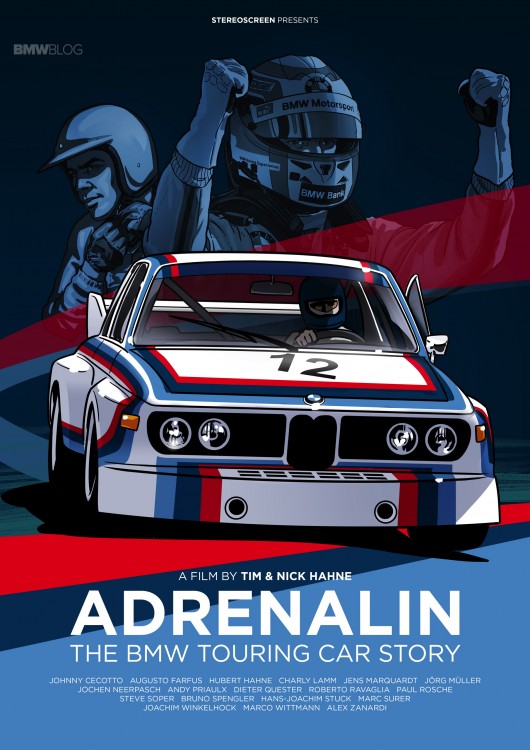 Tim and Nick Hahne, and their production company STEREOSCREEN, have been a household name for motorsport fans all over the world since their feature-length documentary film “24 hours – ONE TEAM. ONE TARGET”. In 2011, they accompanied BMW Motorsport throughout its preparations for the endurance classic at the Nürburgring (DE) and filmed the race in the “Green Hell” at close range.

STEREOSCREEN has now followed this hit with “ADRENALIN –THE BMW TOURING CAR STORY” – the most comprehensive documentary on the story of BMW in touring car racing, including original footage and interviews with Jochen Neerpasch (DE), the first managing director of BMW Motorsport GmbH, and Paul Rosche (DE), who was instrumental in many of BMW’s greatest motorsport successes as technical director. Legendary drivers like Johnny Cecotto (VE), Roberto Ravaglia (IT), Steve Soper (GB), Hans-Joachim Stuck (DE), Marc Surer (CH), Joachim Winkelhock (DE) and Alex Zanardi (IT) take viewers on a breath-taking journey back in time.

The documentary kicks off in the 1960s, when the cars were still prepared “in the open countryside” and the drivers drifted their way around the Nürburgring (DE) and the Ardennes rollercoaster in Spa-Francorchamps (BE). As well as the founding of Motorsport GmbH in the 1970s, it also looks into the iconic Procar races with the BMW M1, which formed part of the support programme on Formula One weekends. Looking back at memorable wheel-to-wheel battles, the documentary brings to life the incredible success story of the BMW M3, which is still regarded as the most successful touring car of all time. Another of the film’s many highlights is the sensational return of BMW to the DTM in 2012, when the manufacturer completed a sensational hat-trick of titles in the Drivers’, Manufacturers’ and Team championships.

The title sequence for “ADRENALIN –THE BMW TOURING CAR STORY” was filmed in the BMW Museum. This setting offered racing cars from the different eras, set against sophisticated light installations. The successful debut of the BMW M4 DTM at the Hockenheimring (DE) in May 2014 provided the scene that framed the film. This is where the documentary starts and finishes.

Two high-class composers were assigned the task of providing the background music: Tony Anderson and Danny Odom (both US). Ben Lukas Boysen (DE), aka “Hecq” also contributed key musical elements. “Hecq” is currently regarded internationally as one of the most innovative sound designers around.

You can find more information on “ADRENALIN – THE BMW TOURING CAR STORY” at www.adrenalin-film.de.