Marco Wittmann at the BMW Group plant in Munich and FIZ 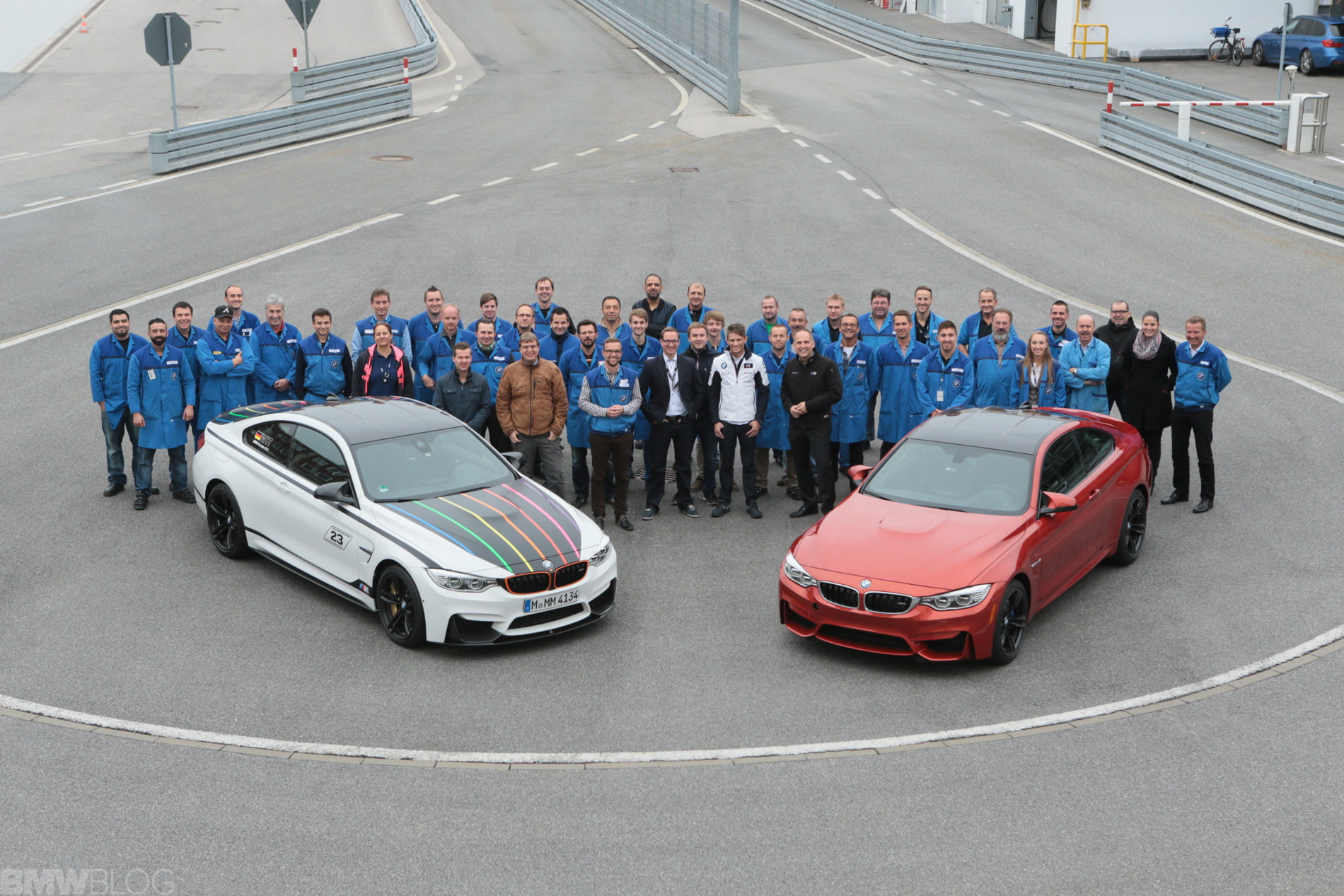 A little over a week after BMW works driver Marco Wittmann (DE) received the coveted 2014 DTM Champion trophy at the season finale in Hockenheim (DE), on Monday he visited the home of BMW in Munich (DE). The 24-year-old visited the BMW Group plant in Munich. Then Wittmann introduced himself to the employees at the centre for research and innovation (Forschungs- und Innovationszentrum (FIZ), the technological heart of the BMW Group.

In the morning Wittmann took a look behind the scenes during an extended tour and visited the body construction, paint shop, engine production and assembly production areas. 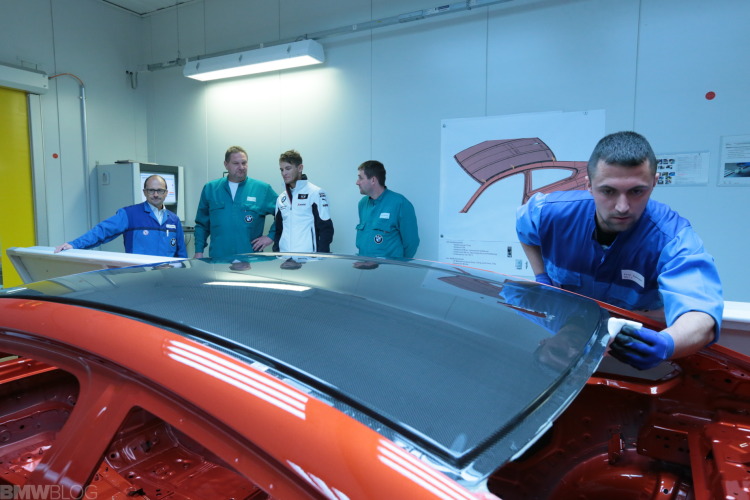 He learned all about the manufacturing process of the BMW M4 Coupé, including the special assembly of its carbon roof. This model is the sporting basis for his Ice-Watch BMW M4 DTM, in which he had four victories in 2014. Wittmann also had the opportunity to drive a BMW M4 Coupé, that had come straight off the production line, on the test track. He also tested himself in several BMW vehicles, including a BMW M4 Coupé – which accelerated to 150 km/h – without even moving from the spot.

In addition to the production cars the base models for the BMW M4 DTM Champion Edition are also produced in the BMW Group plant in Munich. Wittmann took his maiden journey on the test track in one of these special high-performance cars. He was presented with the special model at his champion’s party after the season finale at Hockenheim. 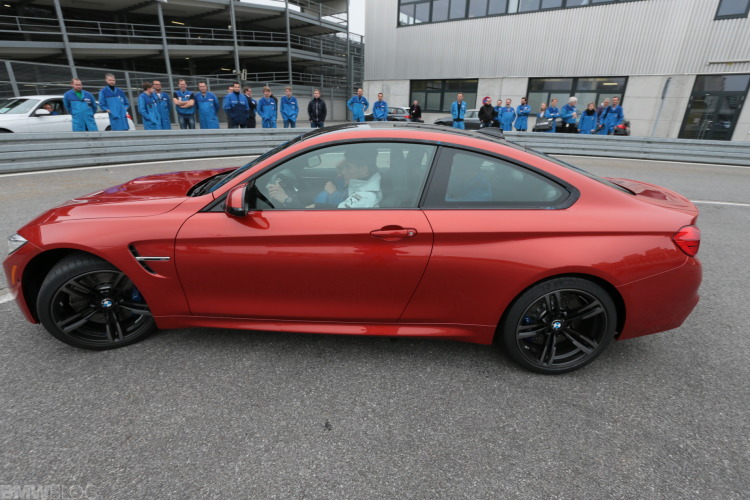 The next item on the agenda was at lunchtime: an autograph session in the plant’s restaurant. This gave the employees the opportunity to meet their successful BMW racing colleague in the flesh. Wittmann – a trained coachbuilder himself – learned what each of the employees do at work, and in return gave them an insight into his day-to-day racing tasks, and signed numerous autographs.

“It was a great day, it’s not every day I get to go behind the scenes of a BMW Group plant. It’s a rare honour,” said Wittmann. “I found it particularly interesting to see how the series vehicles – especially the BMW M4 Coupé of course – are built. To also be able to drive the first metres in my own BMW M4 DTM Champion Edition was another highlight. Big thanks to BMW and M GmbH again for that. I’m happy that I can give something back to the BMW employees, without who my success wouldn’t have been possible, through events such as visiting this plant.” 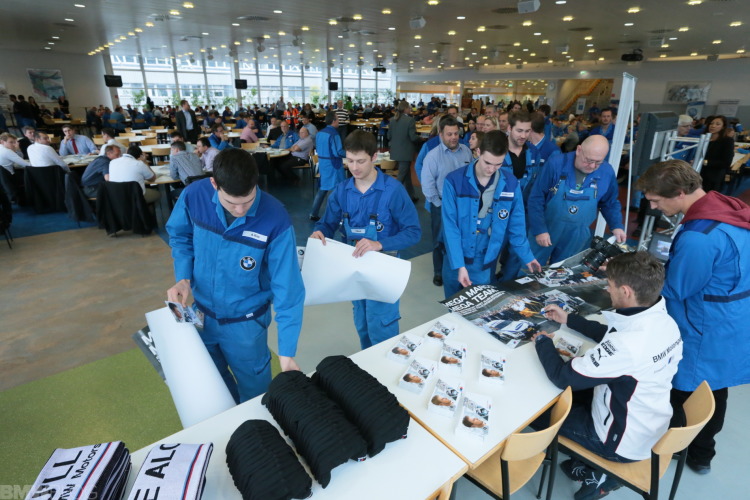 The BMW Group’s main plant is in the north of the Bavarian capital, right next to the headquarters – the BMW “four-cylinder”. Vehicles and engines have been produced at the BMW Group plant in Munich since 1922. Today the plant employs around 7,250 employees, with around 950 cars coming off the production line every working day, including the BMW 3 Series Limousine, the BMW 3 Series Touring, the BMW 4 Series Coupé and the BMW M4 Coupé. In 2013 the plant manufactured a total of 247,330 vehicles, more vehicles than in its entire history. In addition to the core production of automobiles, the production of engines has been the core of its expertise at the BMW Group plant in Munich for many years now. In 2013 the location produced 464,968 engines. This equals around 2,000 engines every working day.

After his visit to the main plant, Wittmann headed to the BMW Group’s centre for research and innovation (Forschungs- und Innovationszentrum (FIZ). Together with BMW Motorsport Director Jens Marquardt, he reviewed the successful 2014 DTM season once again. The champion’s car, the Ice-Watch BMW M4 DTM was also there. 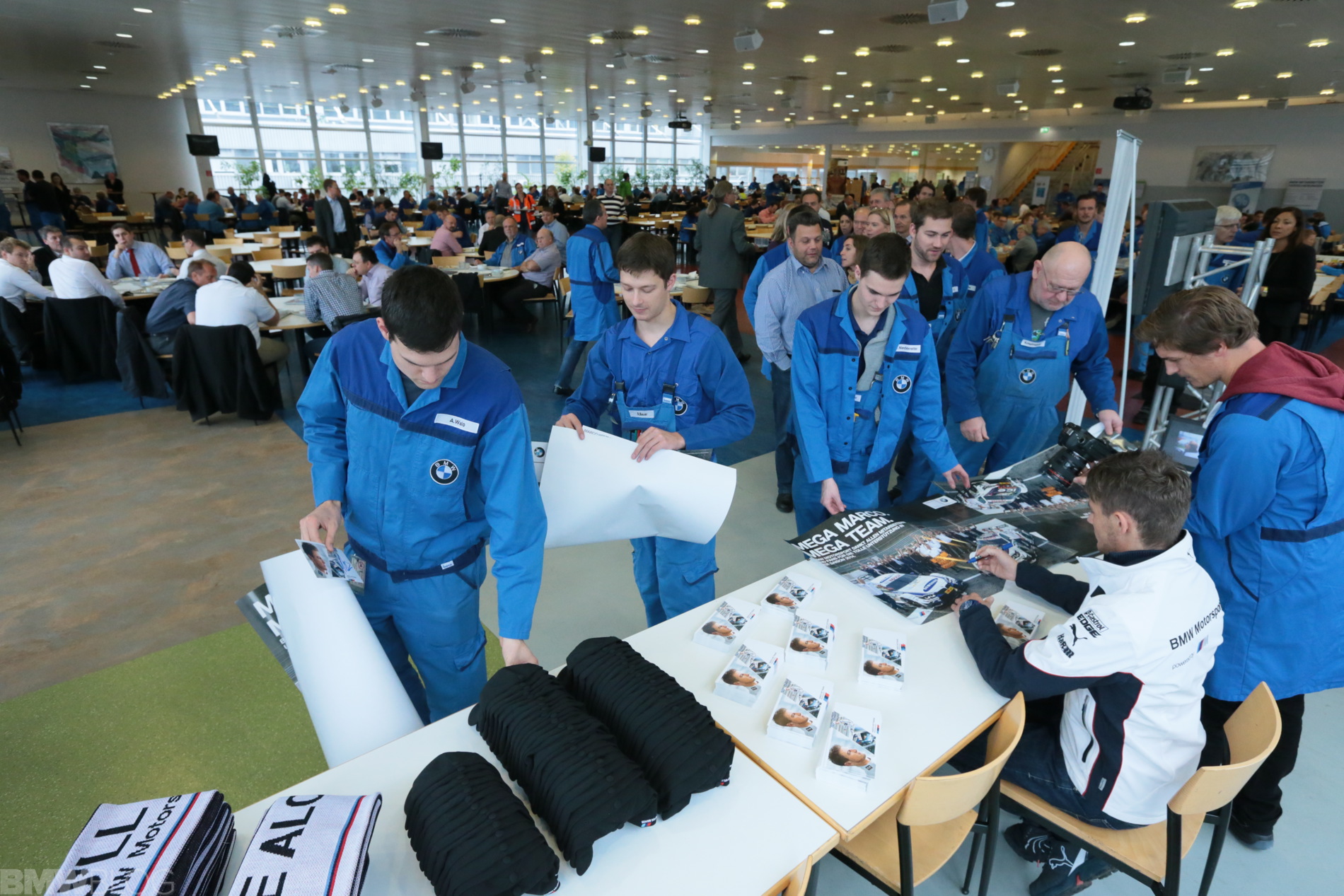 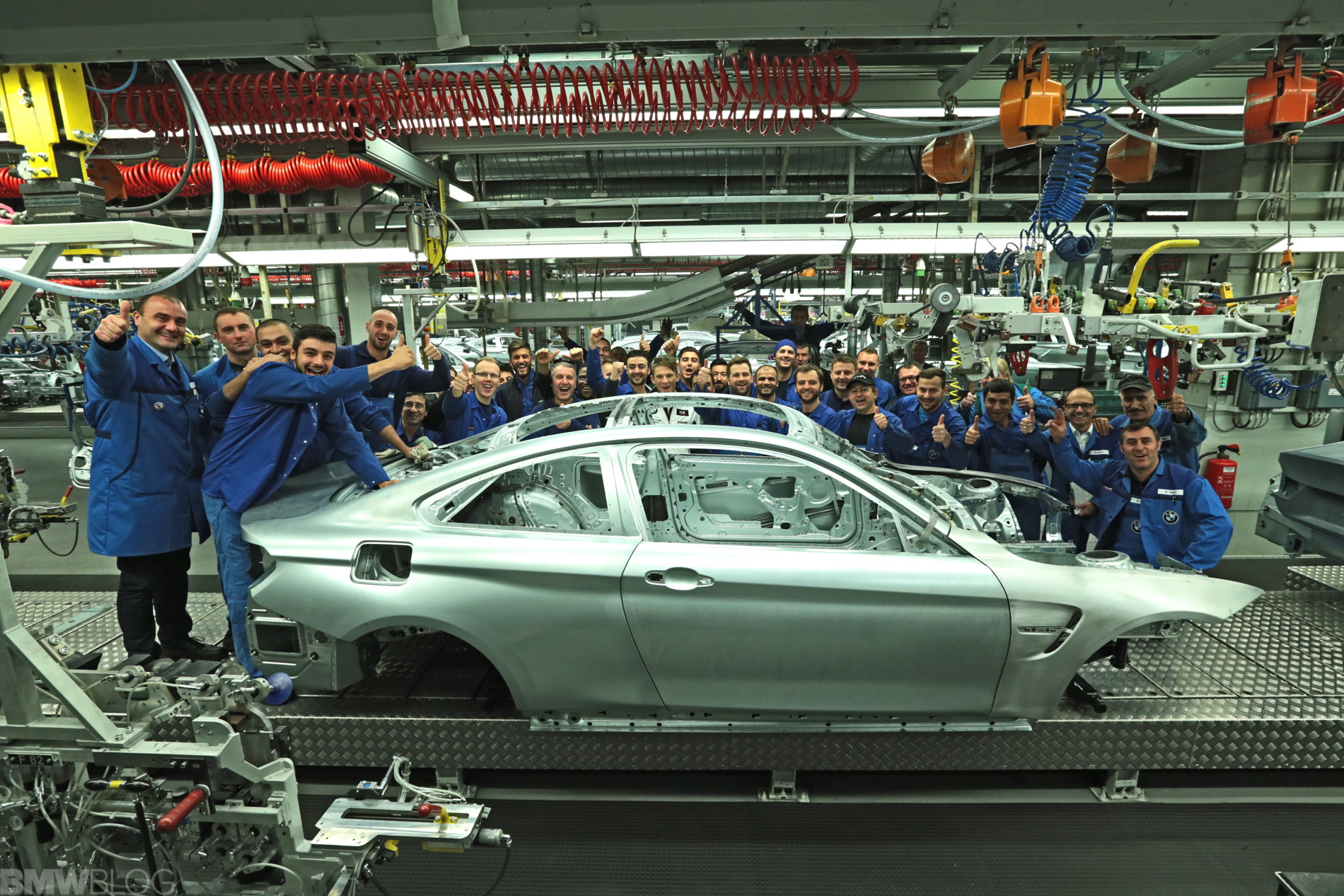 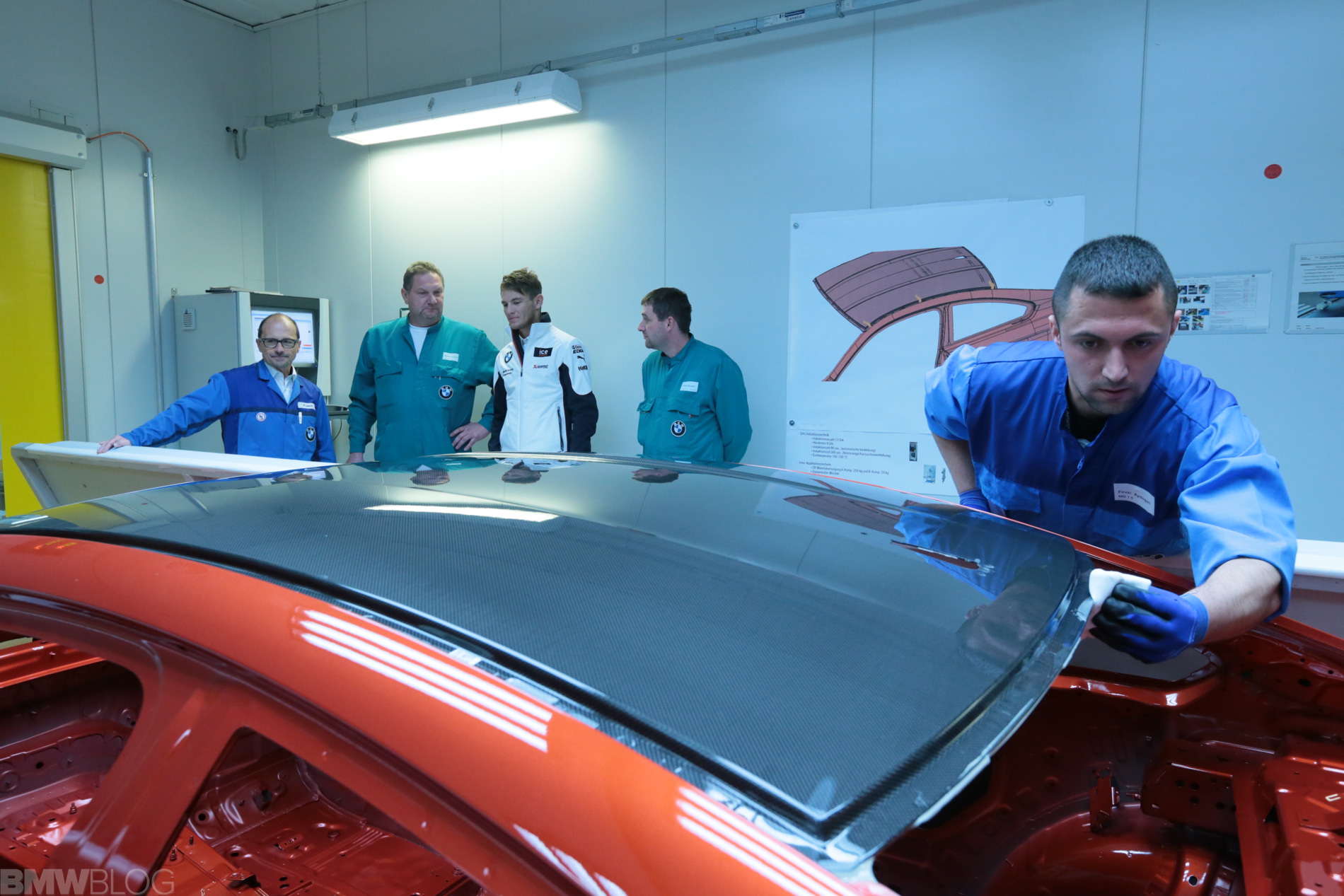 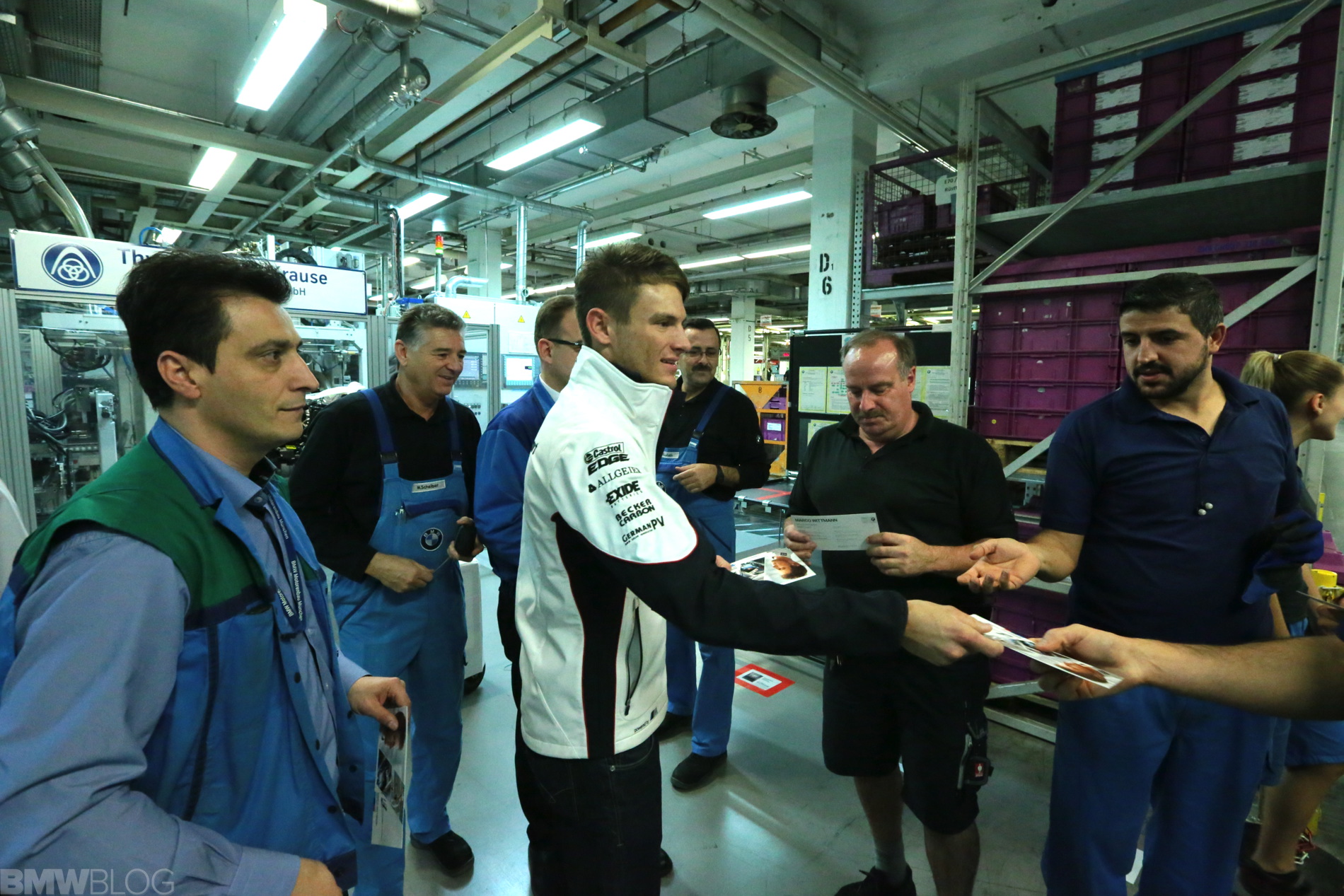 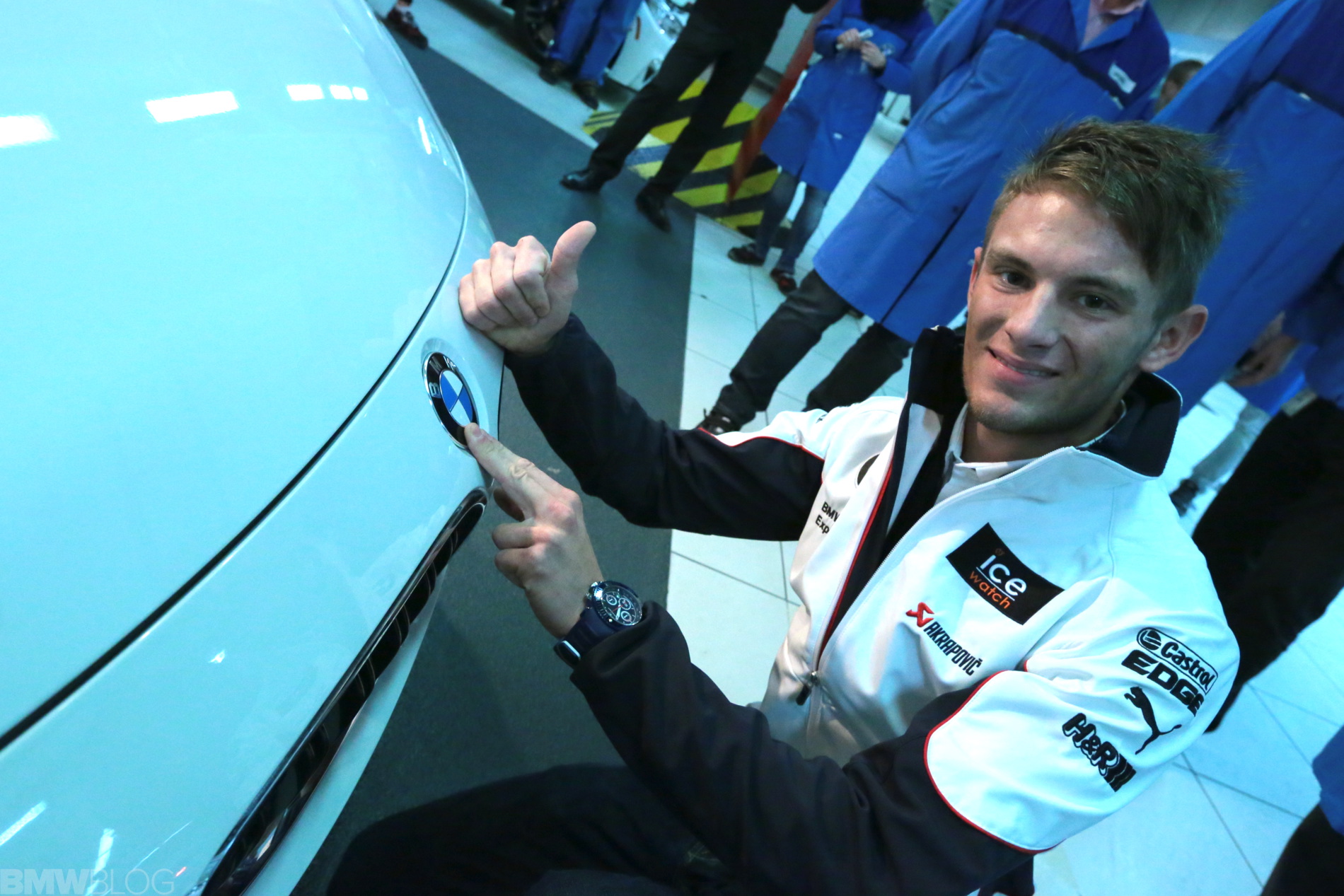 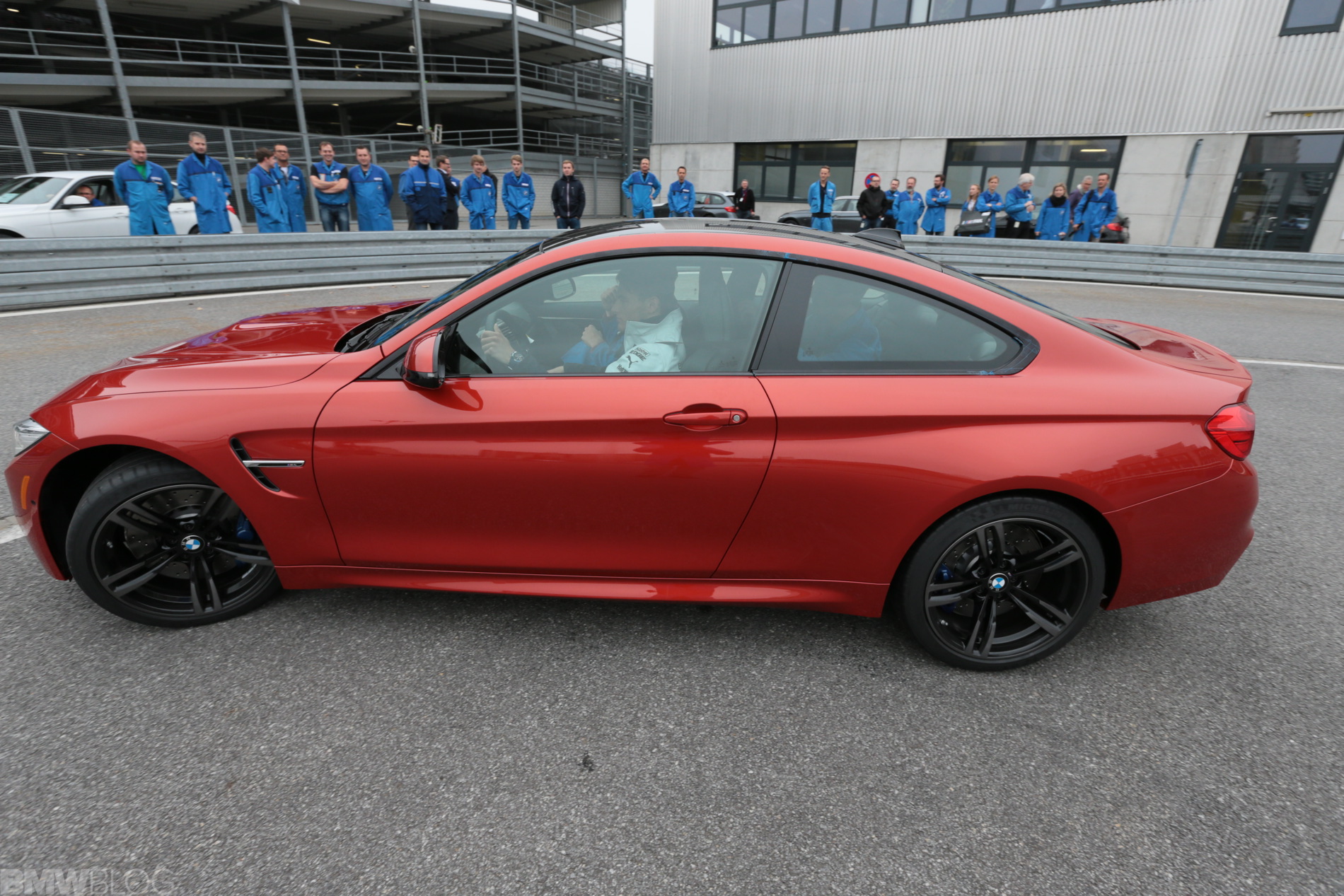