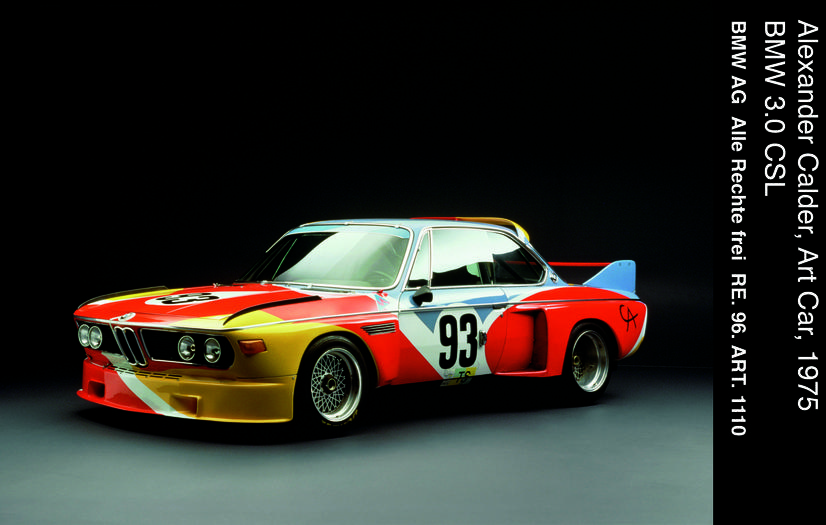 The very first BMW Art Car, a BMW 3.0 CSL, designed by American artist Alexander Calder, will be a key highlight of a class of BMW 3.0 CSLs at the 2014 Amelia Island Concours d’Elegance. The class will include both the winners of the 1975 Twelve Hours of Sebring and the 1976 Daytona 24 Hour race. BMW Group Classic will showcase the heritage of the BMW 3 Series in a display that will feature a first-generation 3 Series in the US, the 320i, as well as the first BMW 3 Series Convertible. The BMW 320 Turbo race car, driven to multiple IMSA wins, poles, and track records in 1977/78 by racer David Hobbs will also be a highlight. On display throughout the weekend will be the company’s very first exotic, the BMW M1, as well as the first generation BMW M3.  A highlight of the Concours will be a class of McLaren cars which includes the 1996 McLaren F1 GTR race car, with its 6.1-liter V-12 engine conceived and built by BMW M GmbH.

BMW will not only celebrate its past but also the future. The all-new BMW M4 Coupe and the exotic for the 21st Century, the BMW i8 plug-in hybrid sports car will be on display throughout the weekend.

As befits the company’s long history as an innovation leader, the BMW Technology Award will be bestowed upon the vehicle entered in the 2014 Amelia Island Concours d’Elegance that best represents cutting edge technology in its day. 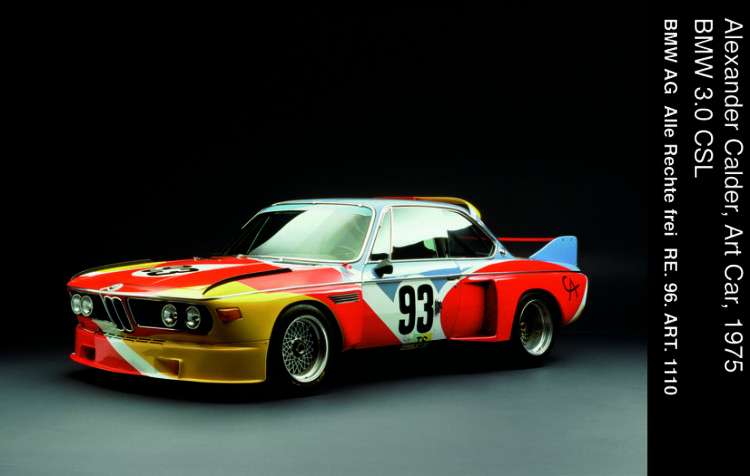 Alexander Calder BMW Art Car highlights class of BMW 3.0 CSLs
The original in the legendary series of BMW Art Cars will be the highlight of the BMW CSL class at the 2014 Amelia Concours d‘Elegance. For over 40 years, the BMW Art Car Collection has captured the imagination of art and design enthusiasts as well as lovers of cars and technology with its unique combination of fine art and innovative automobile technology. The collection first started when French race car driver and art aficionado Hervé Poulain, together with Jochen Neerpasch, then-director of BMW Motorsport, asked his artist friend Alexander Calder to design an automobile. The result was a BMW 3.0 CSL which competed in the 1975 24 Hours of Le Mans, driven by Poulain and American Sam Posey. Also included in the class are both the BMW CSL that won the 1975 Twelve Hours of Sebring and the CSL that won the 1976 Dayona 24 Hour race.

BMW M Powered McLaren F1 GTR Featured in the McLaren Class
The 2014 Amelia Island Concours d’Elegance will include the McLaren F1 GTR race car that finished 8th in the 1996 24 Hours of LeMans driven by racing legends Nelson Piquet, Danny Sullivan, and Johnny Cecotto. Powered by a 627 hp 6.1-liter V-12 conceived and built by BMW M GmbH, the original McLaren F1 street car rocketed from 0-60 mph in just 3.2 seconds to a then-record top speed of 231 mph. The F1 is still widely recognized as the world’s fastest normally-aspirated production car, and will be remembered as possibly the last street car capable of taking the overall win at Le Mans.

BMW Group Classic highlights the BMW 3 Series
BMW Group Classic will showcase its restoration and vintage parts services with a display that will celebrate the BMW 3 Series. Included will be an example of the first 3 Series offered in the US, the BMW 320i, as well as a rare example of the first 3 Series Convertible, a 1987 BMW 325i M Technic. On display throughout the Concours weekend will be the first-generation BMW M3. The BMW M3 was originally conceived for competition in the German Touring Car (DTM) series, and dominated touring car racing in the late 1980s and early ‘90s.

Also on display throughout the weekend will be the BMW M1, the company’s first exotic sports car and the first car completely conceived by BMW M GmbH, in 1978.

BMW i8 Sports Car: An Exotic for the 21st Century
The BMW i8 looks like no other car on the road and is indeed like no other car on the road. It combines a carbon fiber reinforced passenger cell with an aluminum space frame. The plug-in hybrid powertrain combines a small TwinPower Turbo gasoline engine driving the rear wheels and a two-speed electric motor powering the front wheels. The 2+2 sports car will accelerate from 0 – 60 mph in under 4.5 seconds and yet delivers efficiency beyond even the most efficient subcompact. The BMW i8 is capable of driving on electric power alone for up to 22 miles and, while EPA numbers are not yet available, highway fuel economy could be well into the 80 mpg range. The BMW i8 is an exotic for the 21st century that will arrive in US showrooms in late summer 2014. 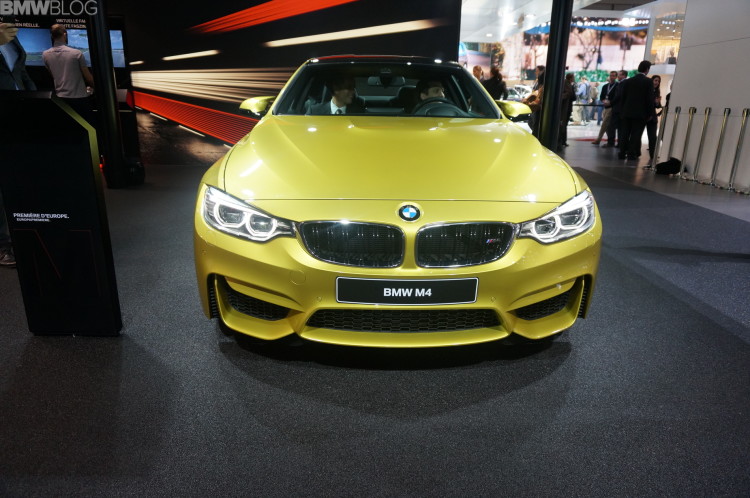 BMW M4 Coupe: The legacy continues
The all-new 2015 BMW M4 Coupe and its sibling, the all-new M3 Sedan, continue the legacy of uncompromising performance that began with that first M3 back in 1987 and through the three generations that followed. Featuring a return to the inline-6 engine format made famous by BMW M, the all-new, 3.0-liter M TwinPower Turbo BMW M3 and M4 engine is approximately 10 kilograms lighter than its V-8 predecessor and packs an even stronger punch. With 425 horsepower from 5,500 – 7,300 rpm, 406 lb-ft of torque from 1,850 – 5,500 rpm, the M4 Coupe is capable of going from 0-60mph in 3.9 seconds when equipped with the M-DCT transmission (4.1 seconds with standard 6-speed manual). Use of advanced light-weight technology makes the new M4 Coupe lighter than its predecessor to ensure that, even though it delivers improved performance, it will do so more efficiently. The new BMW M4 Coupe and M3 Sedan will arrive in US showrooms in Summer  2014.