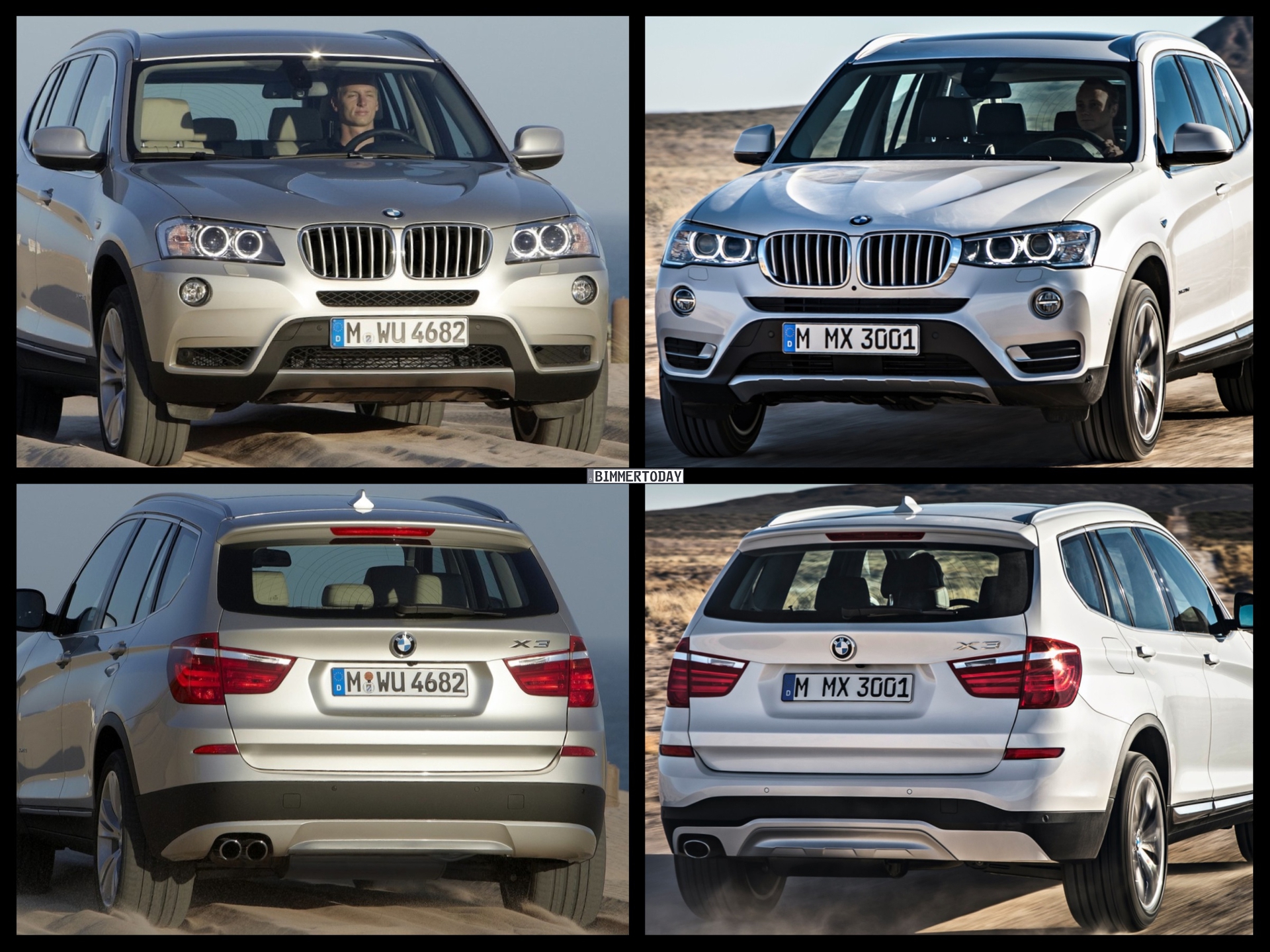 The new BMW X3 facelift is one of the most extensive life cycle impulses we have seen for BMW in the last few years. While in the past the changes focused on bumper changes and minor adjustments to headlights and taillights, or kidney grille, the latest update to the X3 stands out the most with the reshaping of the front fascia and the connection of headlights to the kidneys.

The compact and premium X3 looks more modern in the facelift and at the same a bit more aggressive on the road.

Our image comparison clearly shows which screws the BMW designers have turned to refine and evolve the second-generation X3. 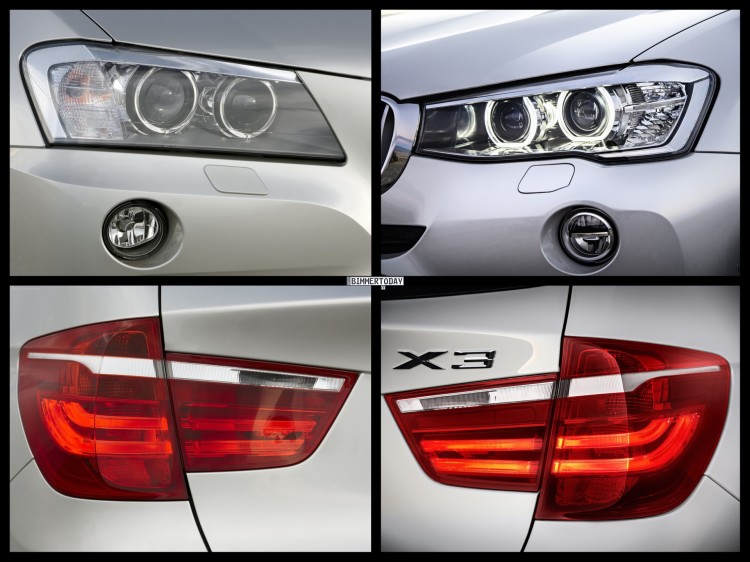 Along with the visual changes comes some technical modifications or additions.

The main technical change as part of the BMW X3 facelift is the introduction of the all-new BMW B47 four-cylinder diesel engines for X3 xDrive20d and sDrive18d. The successor to the N47 comes with more power and lower fuel consumption, also meets the Euro 6 emissions standard and has more common parts with other engines used previously.

The new 2015 BMW X4 Facelift can also be ordered with special equipment and assistance systems, along with full-LED headlights, full-color Head-Up Display and the Driving Assist Plus.

So the facelift is designed to highlight the capabilities and offerings of a premium compact SUV. 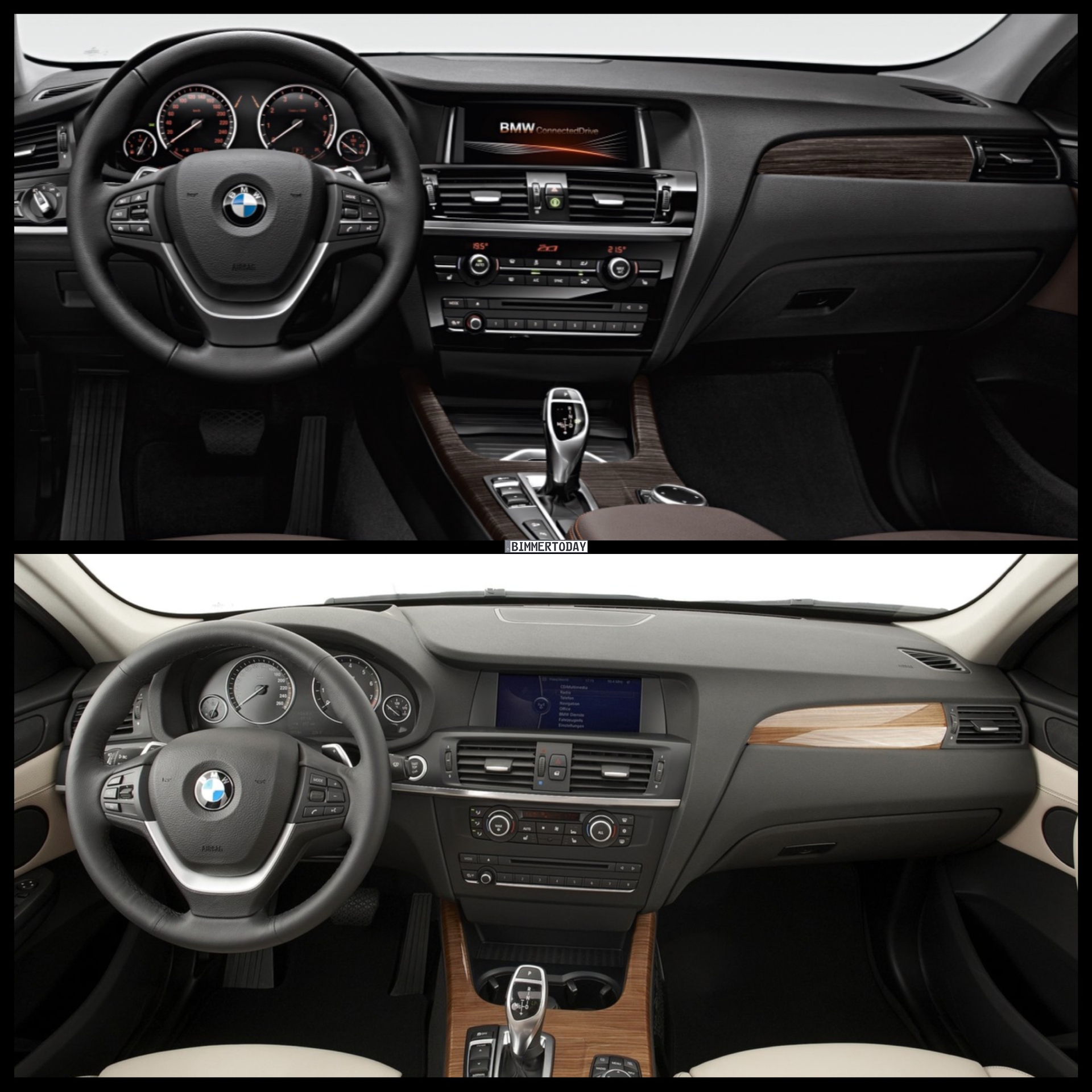 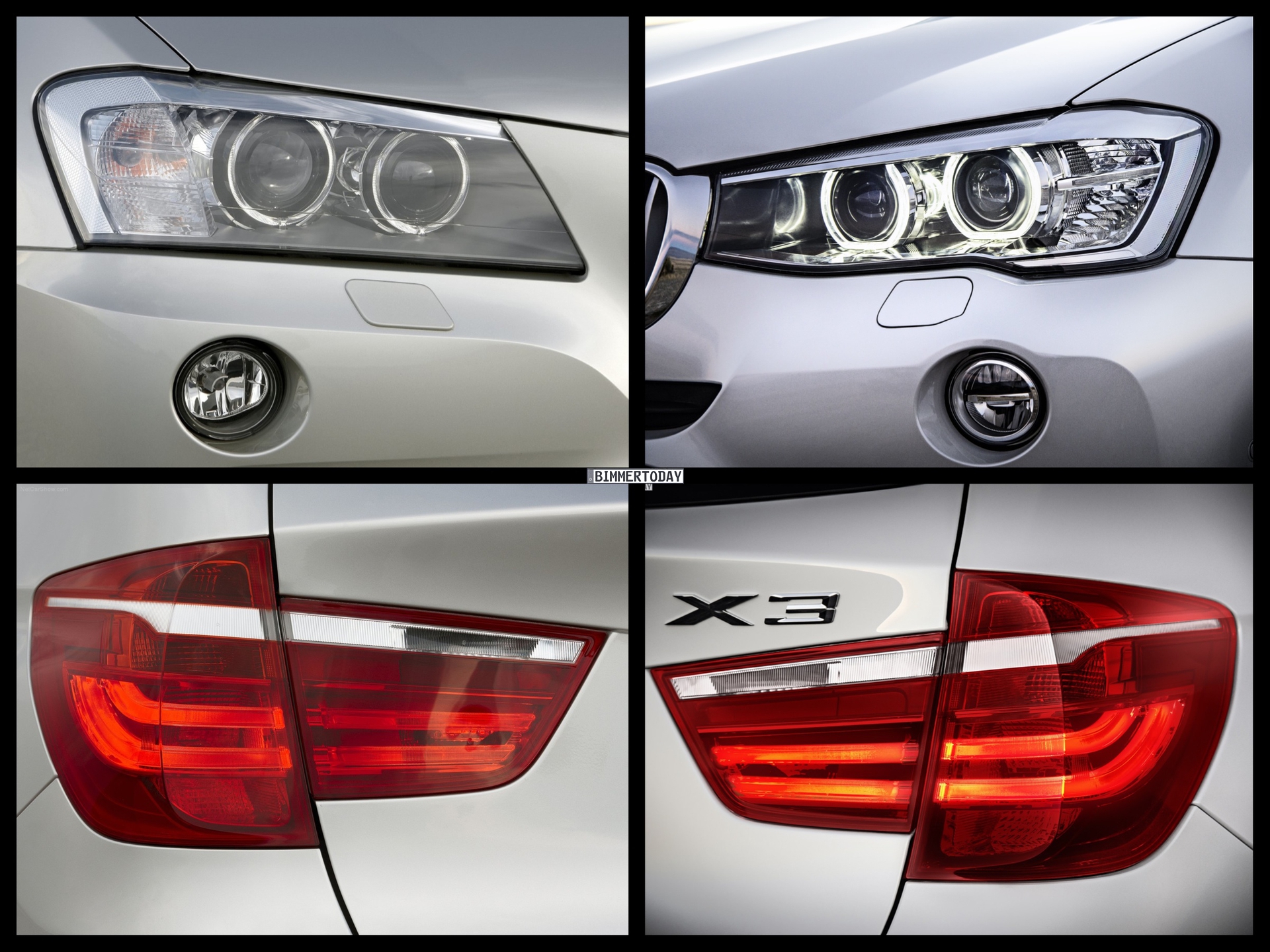 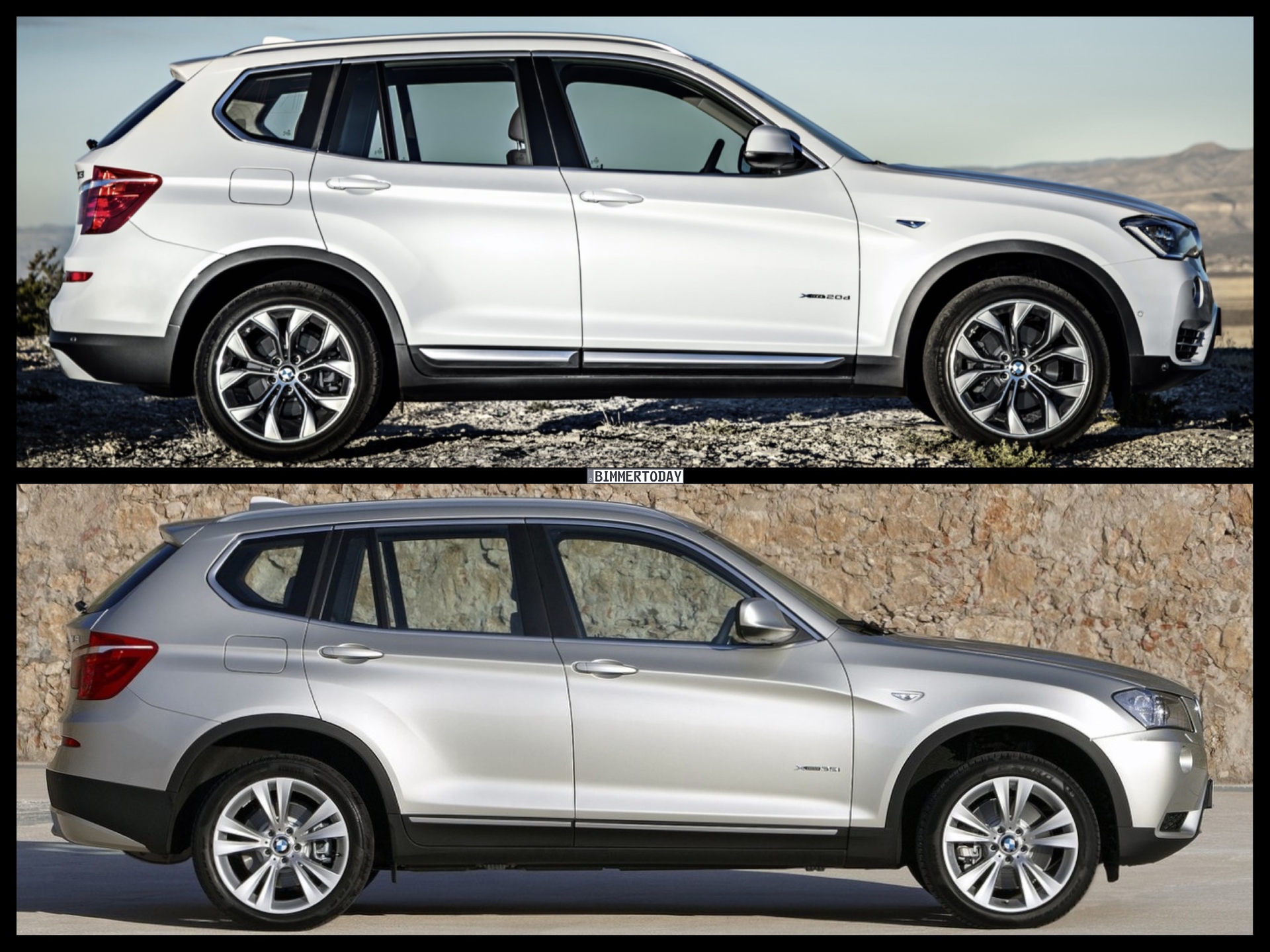 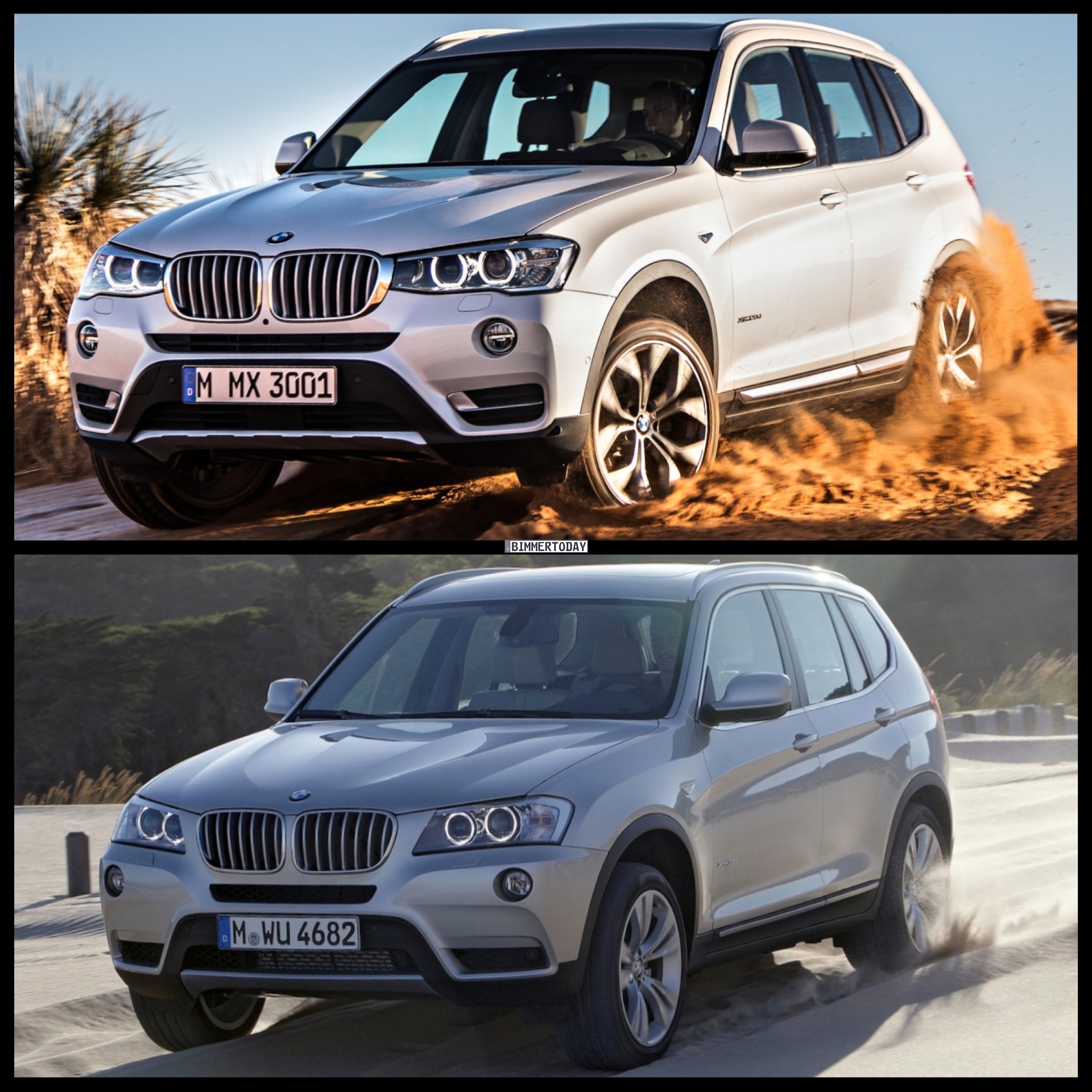