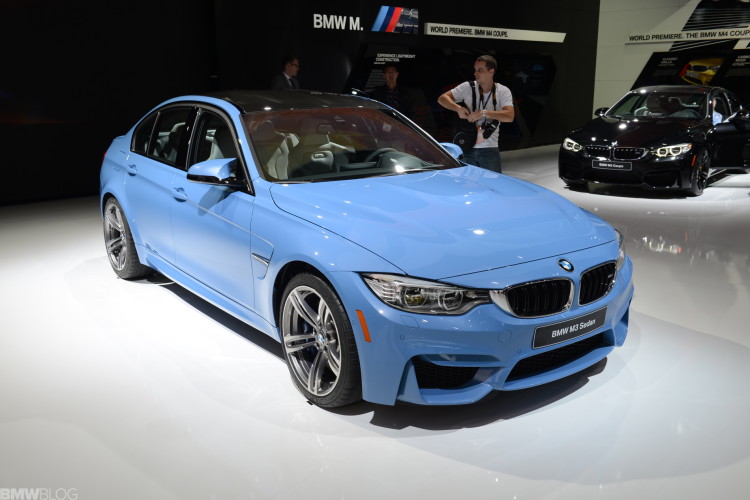 The new BMW M3 makes its debut today at the 2014 NAIAS. The Detroit Auto Show is also hosting the launch of the first BMW M4 Coupe.

In display at the BMW stand the Yas Marina Blue M3 takes the front stage and gives us a look at the aggressive and sporty design put together by Adrian Van Hooydonk’s design team. The M3 Sedan and M4 Coupe can be ordered in Alpine White, Sakhir Orange, Black Sapphire, Silverstone, Mineral White, Mineral Grey, Austin Yellow and Yas Marina. The launch colors are Austin Yellow for M4 and Yas Marina Blue for the M3 Sedan.

While the M4 stands out with its sleek design and highly attractive roofline, the F80 M3 is shaping up to be one of the best looking and balanced-designs in the current BMW lineup. While the previous E90 M3 sold in less quantities than the E92 M3 Coupe, this time around, the odds might be in sedan’s favor. The F80 M3 stands out with its rear-end and the purposeful rear wheel arches.

Here is a photo gallery of the new BMW M3: