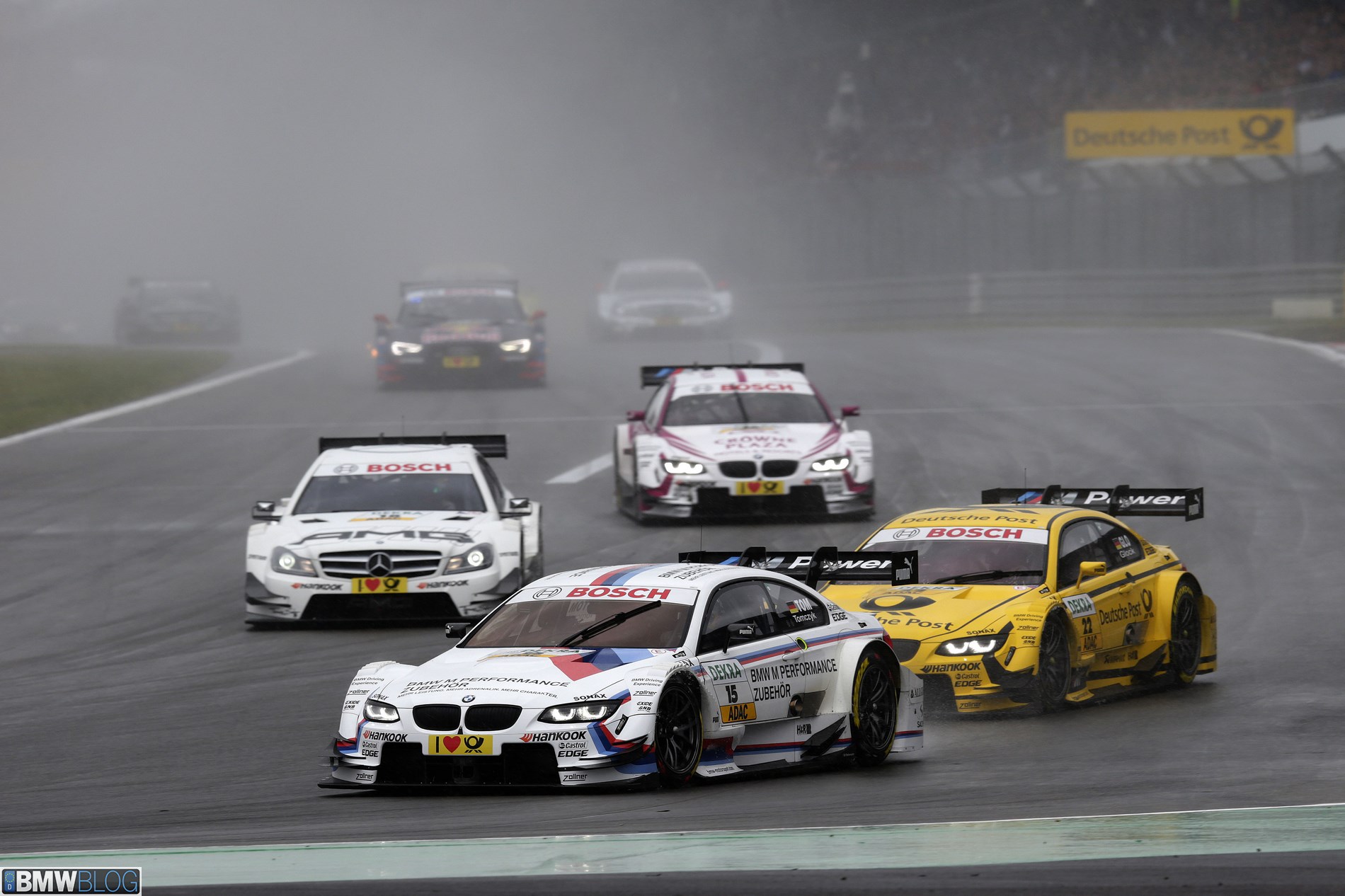 The rain came down just in time for the start of the seventh DTM race of the season at the Nürburgring (DE), making it a real motorsport thriller and providing plenty of dramatic scenes. BMW Team RBM driver Augusto Farfus (BR), who had started from pole position, drove a flawless race in difficult conditions at the wheel of the Castrol EDGE BMW M3 DTM, and only lost out to the victorious Robert Wickens (CA, Mercedes). This was Farfus’ third podium of the season and the sixth of his DTM career.

Martin Tomczyk (DE) also coped well with the conditions. Starting from 20th on the grid in the BMW M Performance Parts M3 DTM, he battled his way through the field to cross the finish line fifth. In doing so, he finished back in the points for the first time since the 2012 race at the Nürburgring, finally bringing his barren streak to an end. Fifth was also the best result of the season for BMW Team RMG. 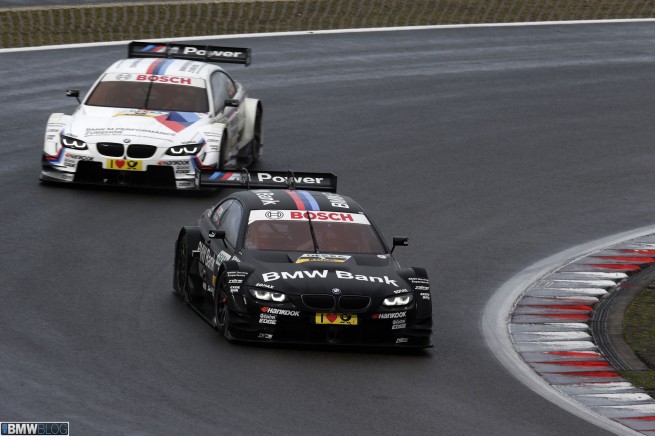 Marco Wittmann (DE) got off to a good start, but the rookie from BMW Team MTEK dropped well back down the field after slipping up in the opening phase of the race. Wittmann refused to give up, however, and worked his way back to seventh in the Ice-Watch BMW M3 DTM. His team-mate Timo Glock (DE) dropped out of the points positions after he was hit and spun round by Daniel Juncadella (ES). At the end of the 47 laps, Glock finished 18th.

Just like in Moscow (RU), defending DTM champion Bruno Spengler (CA) was on the end of some rotten luck. The BMW Team Schnitzer driver was hit by rivals several times in the early laps, resulting in damage to his BMW Bank M3 DTM. As the track dried out over the course of the race, Spengler was unable to defend his position in the top ten. The Canadian finished 14th, just in front of Dirk Werner (DE, SAMSUNG BMW M3 DTM) and Andy Priaulx (GB, Crowne Plaza Hotels BMW M3 DTM). Joey Hand’s (US) race came to a premature end in the first corner following a collision.

Spengler drops down to fourth in the overall standings and is now 39 points behind championship leader Mike Rockenfeller (DE, Audi), who came home fourth at the Nürburgring. Farfus (66) now trails Spengler by just one point. BMW was able to defend its lead in the Manufacturers’ Championship and now has 251 points to its name. 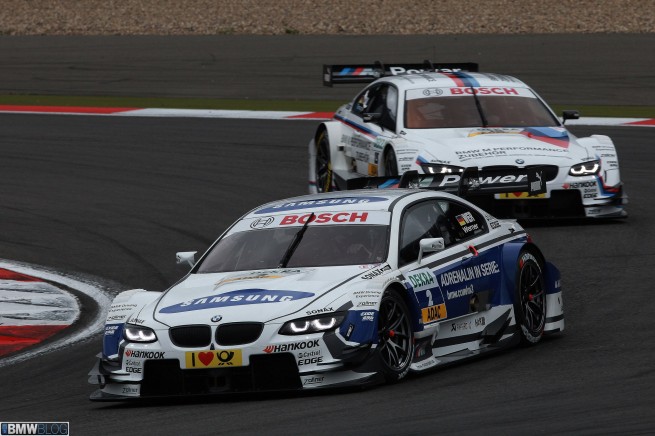 “That was a dramatic and unbelievably intense race. I definitely have a few more grey hairs now. The way this race panned out, it was not easy to hold your ground at the front of the field. Therefore, I am very happy with the second place achieved by Augusto Farfus, who produced a great display in these very tricky conditions. I am particularly pleased with Martin Tomczyk’s sensational race. Given the difficult outings endured recently, this was a huge relief to him and the entire team. Marco Wittmann also produced a great comeback after his early set-back. It was a very frustrating race for Bruno Spengler, who was hit hard on several occasions. His car was so badly damaged that he could not do much to defend himself towards the end of the race. Even great pit stops could not help him. The bottom line, however, is that we are happy with our weekend’s work at the Nürburgring. We were able to score some valuable points towards the Manufacturers’ Championship, and the Drivers’ Championship is still not a lost cause, even though the situation in the overall standings did not improve this weekend. We will do everything in our power at the remaining three races to ensure we are still in a good position going into the finale. Congratulations to Mercedes and Robert Wickens on their win.” 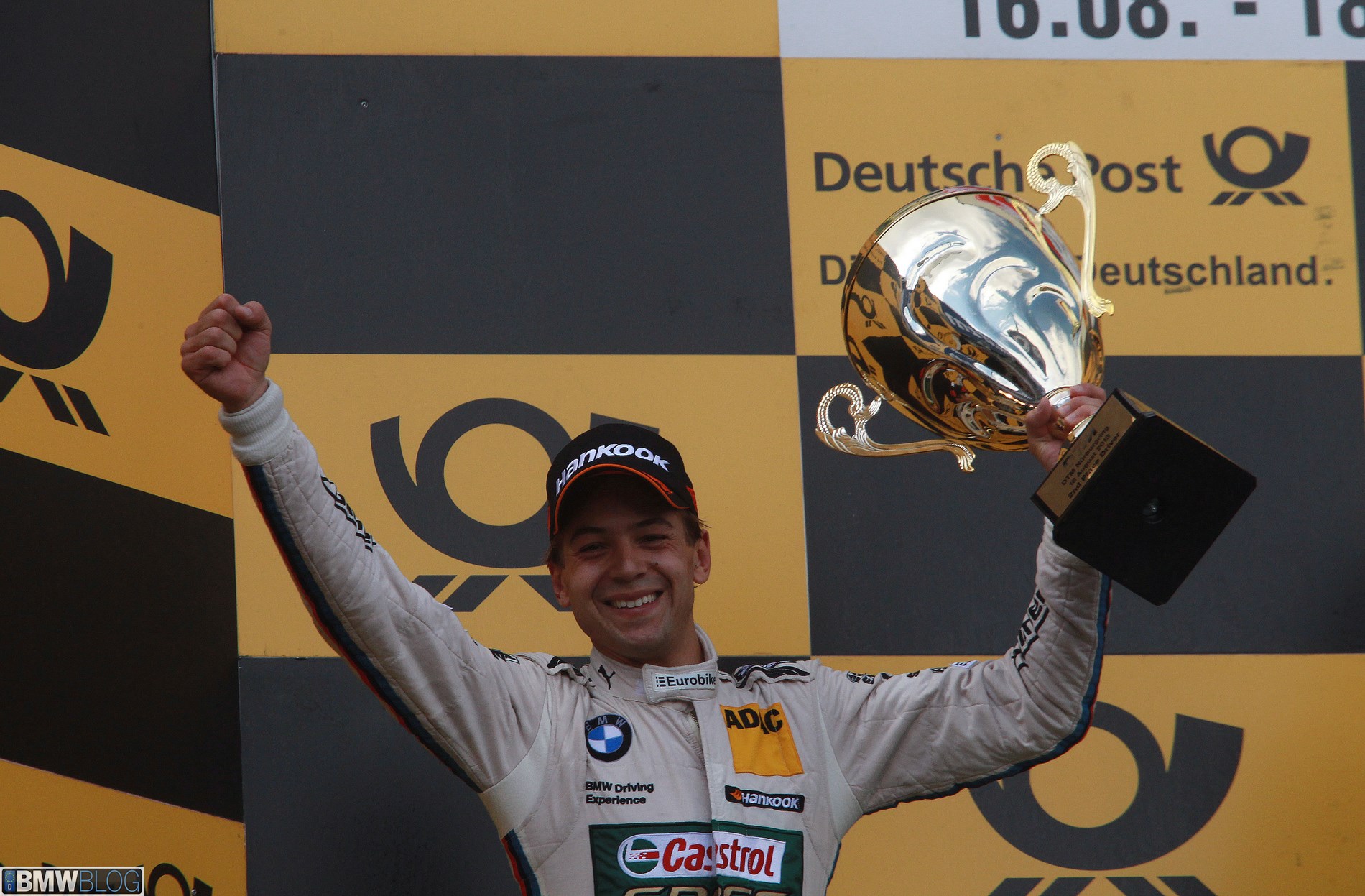 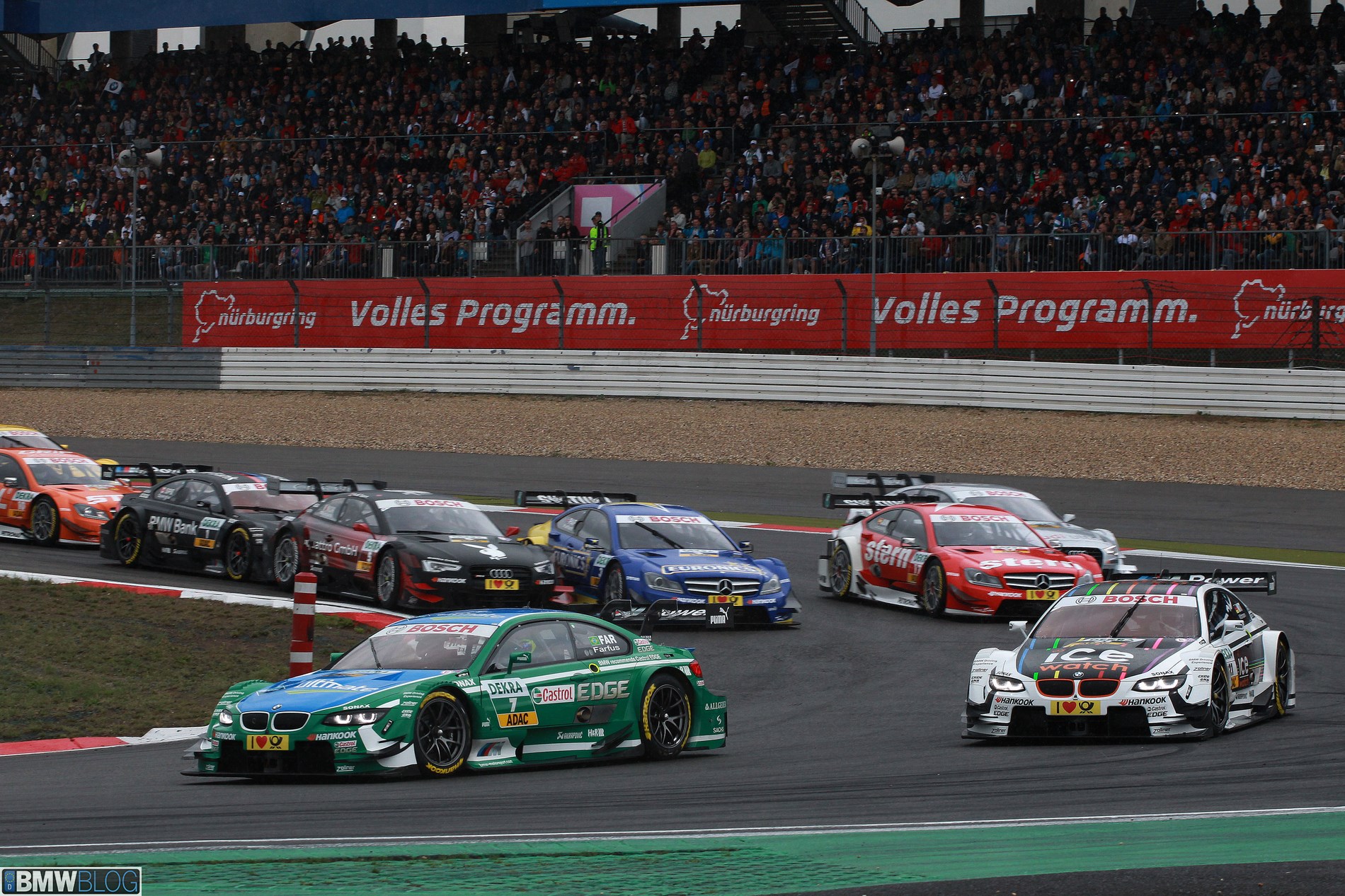 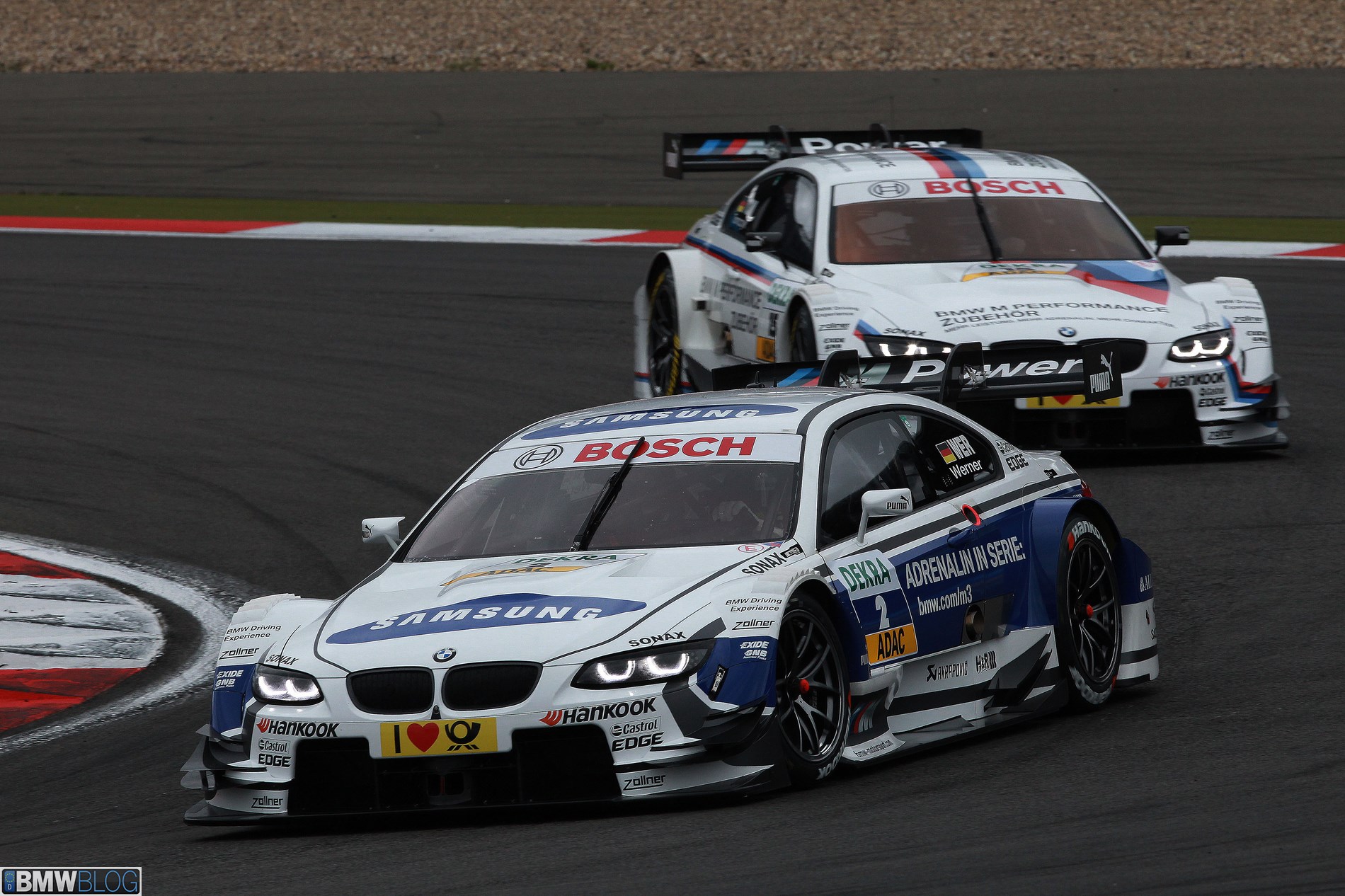 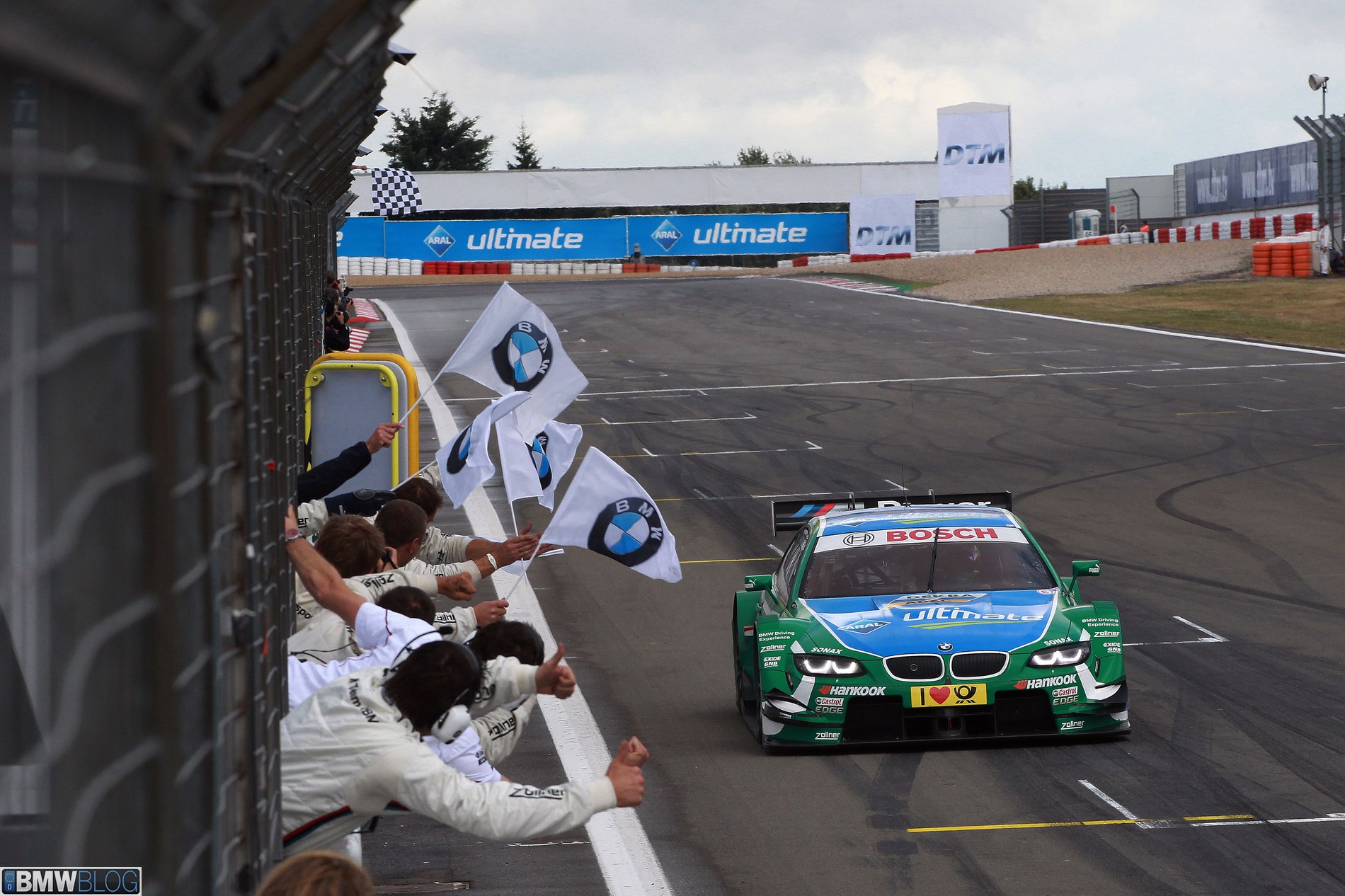 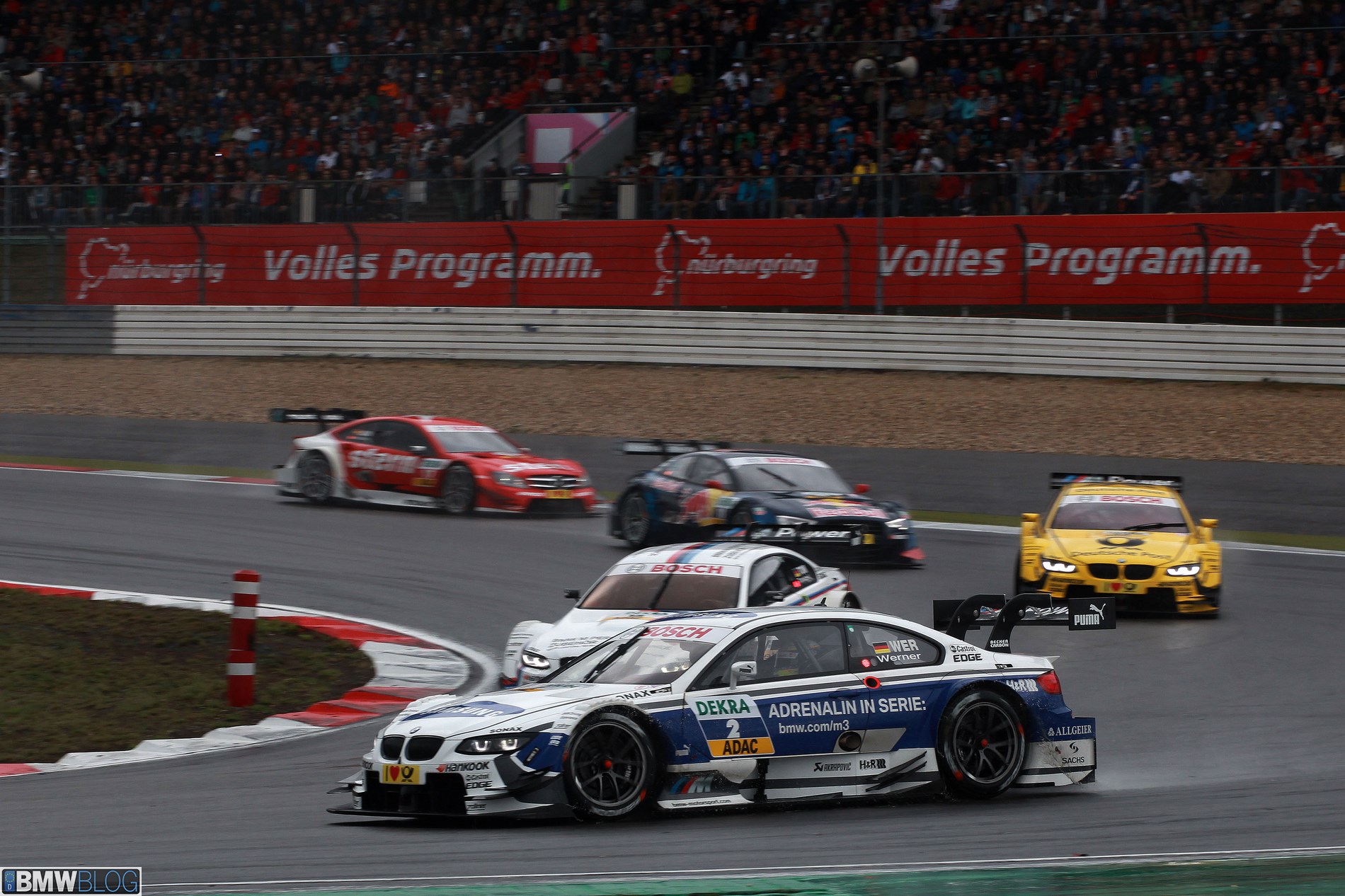 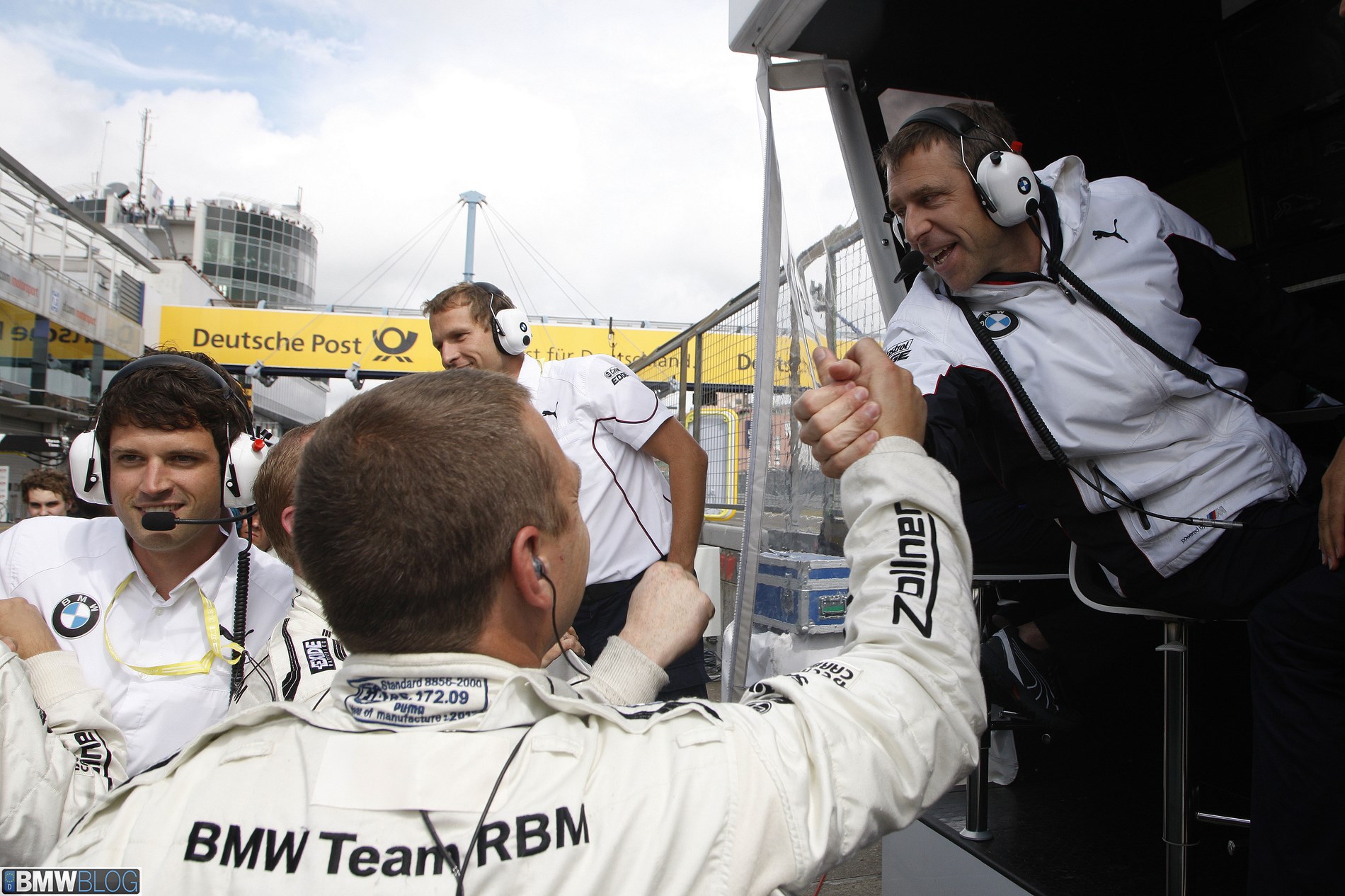 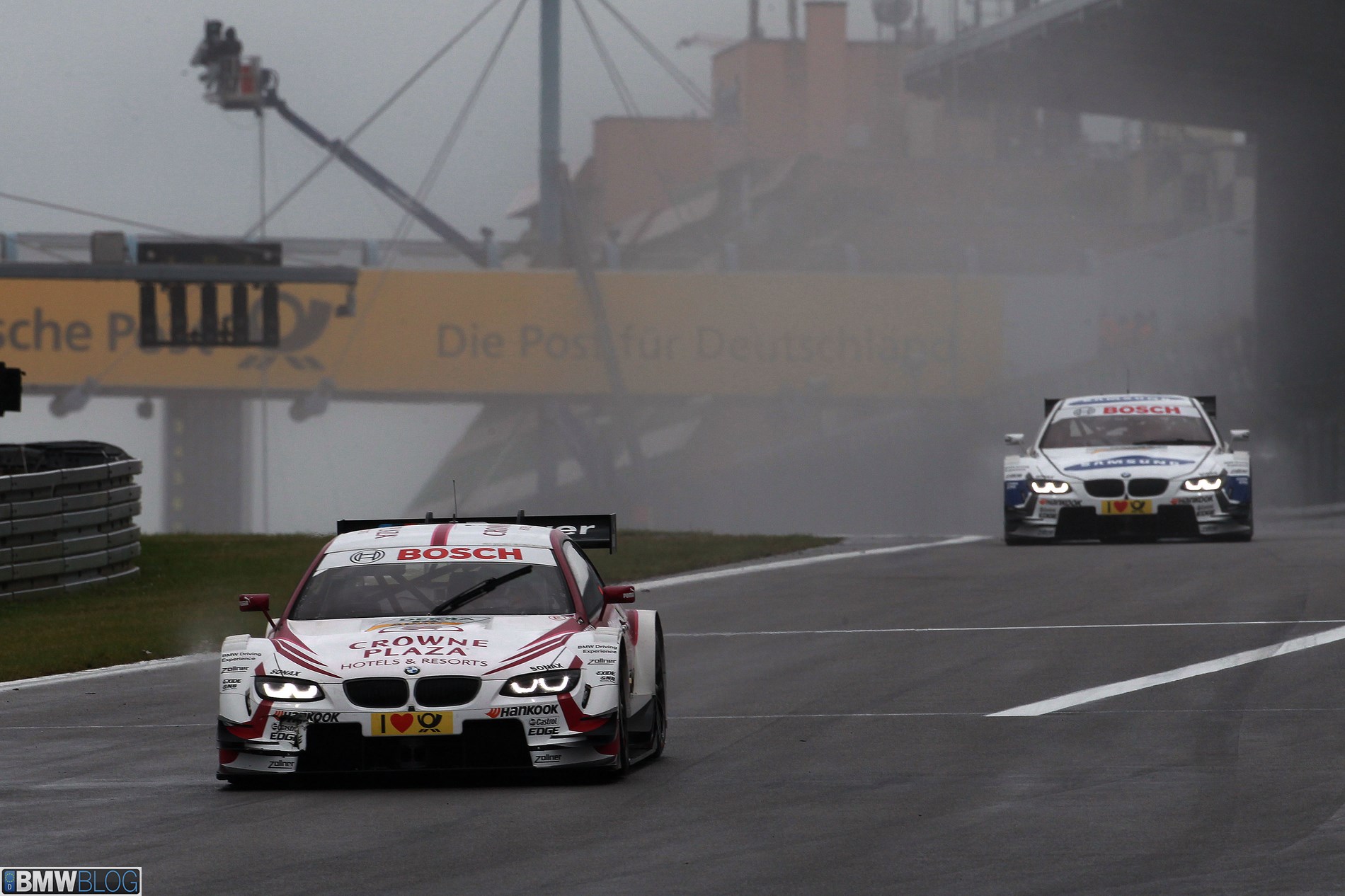 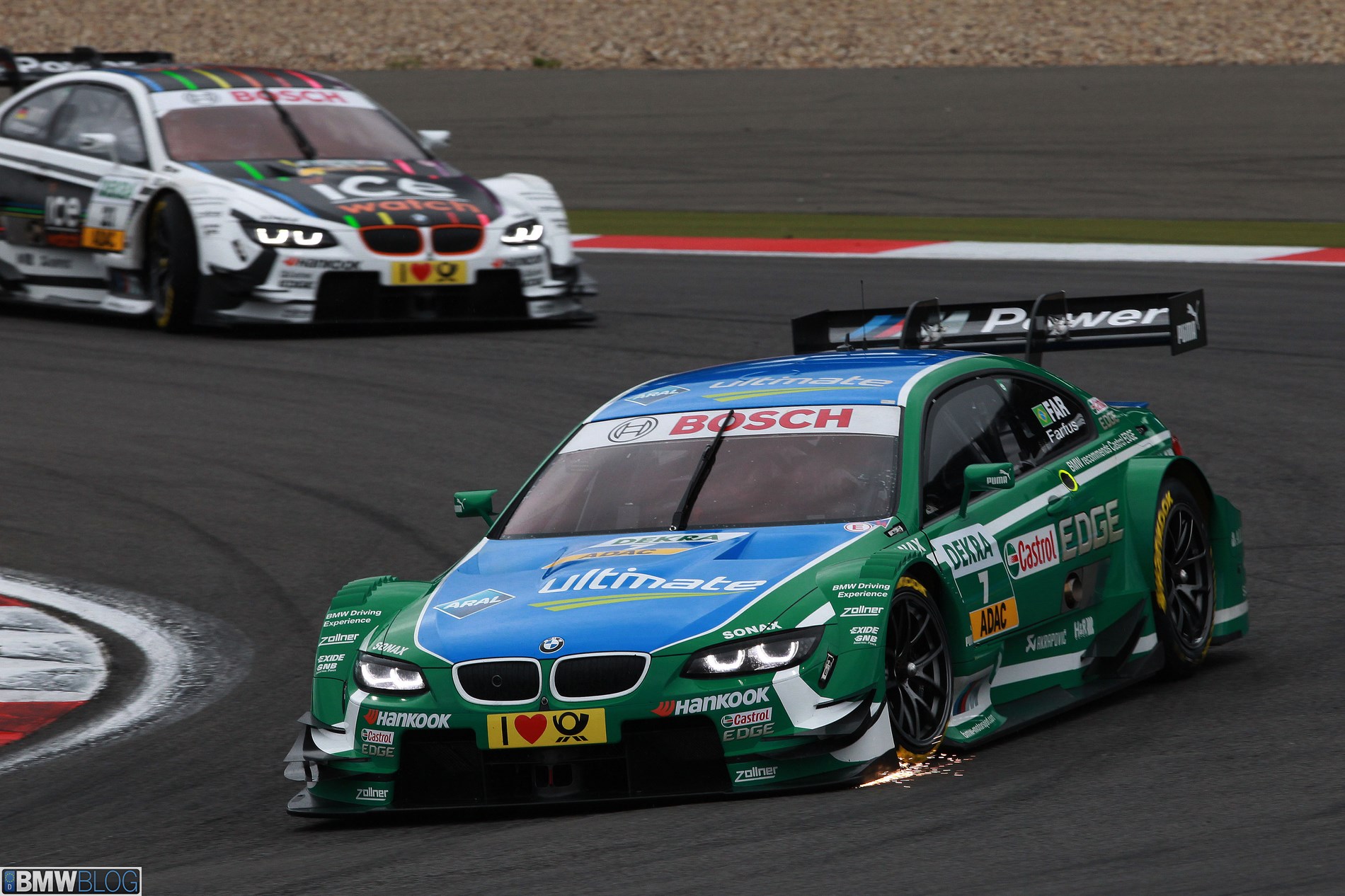 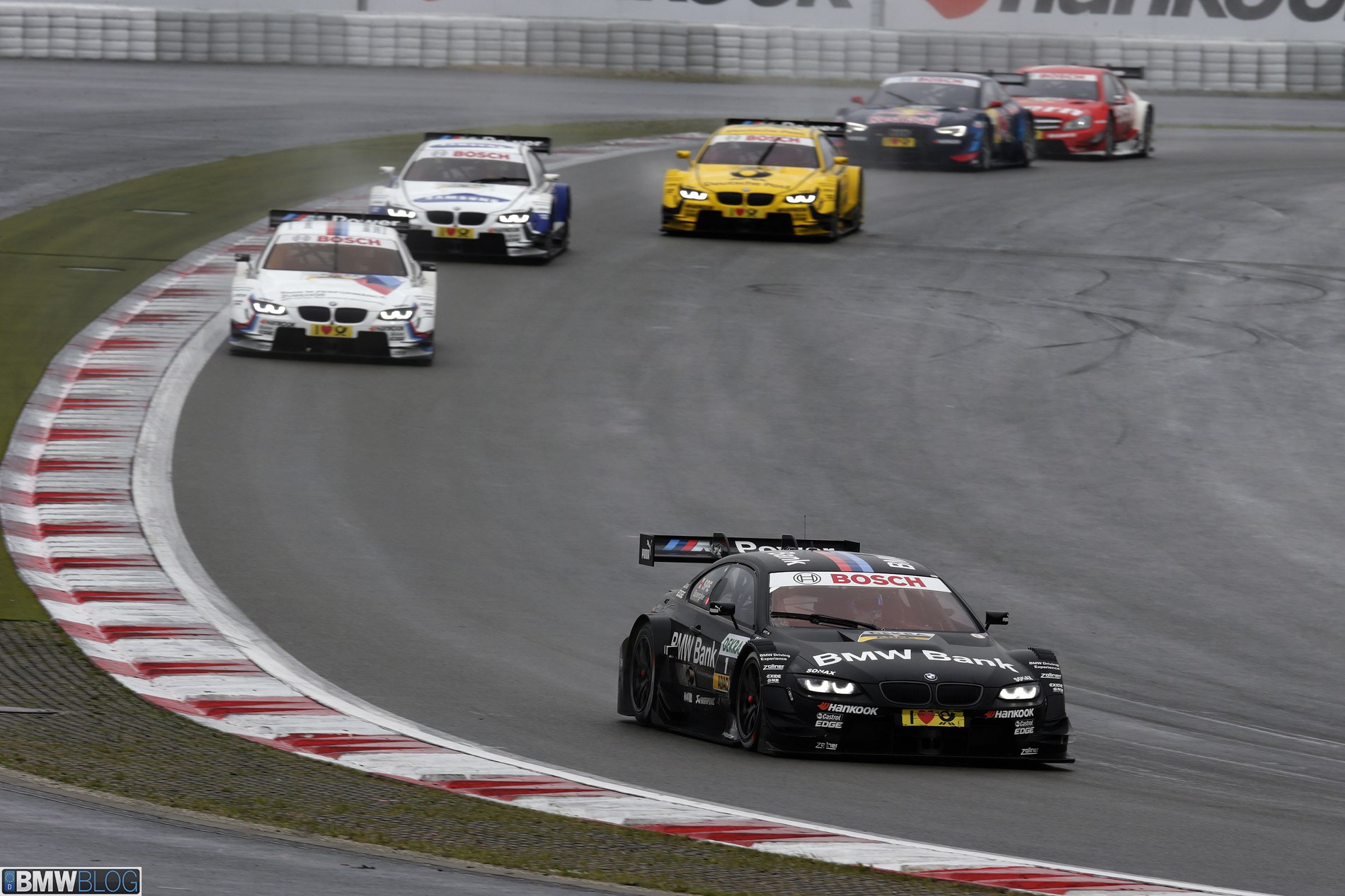 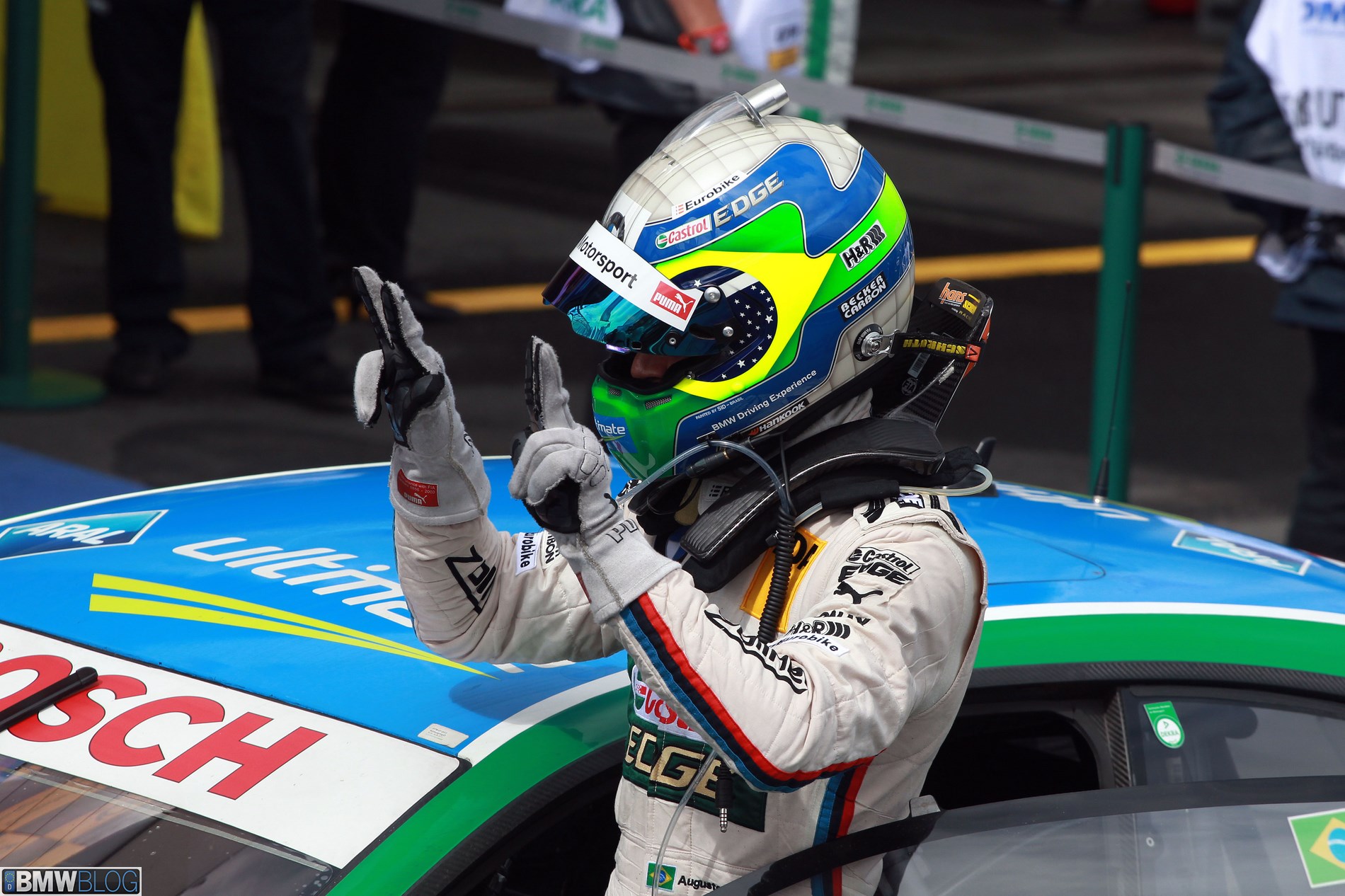 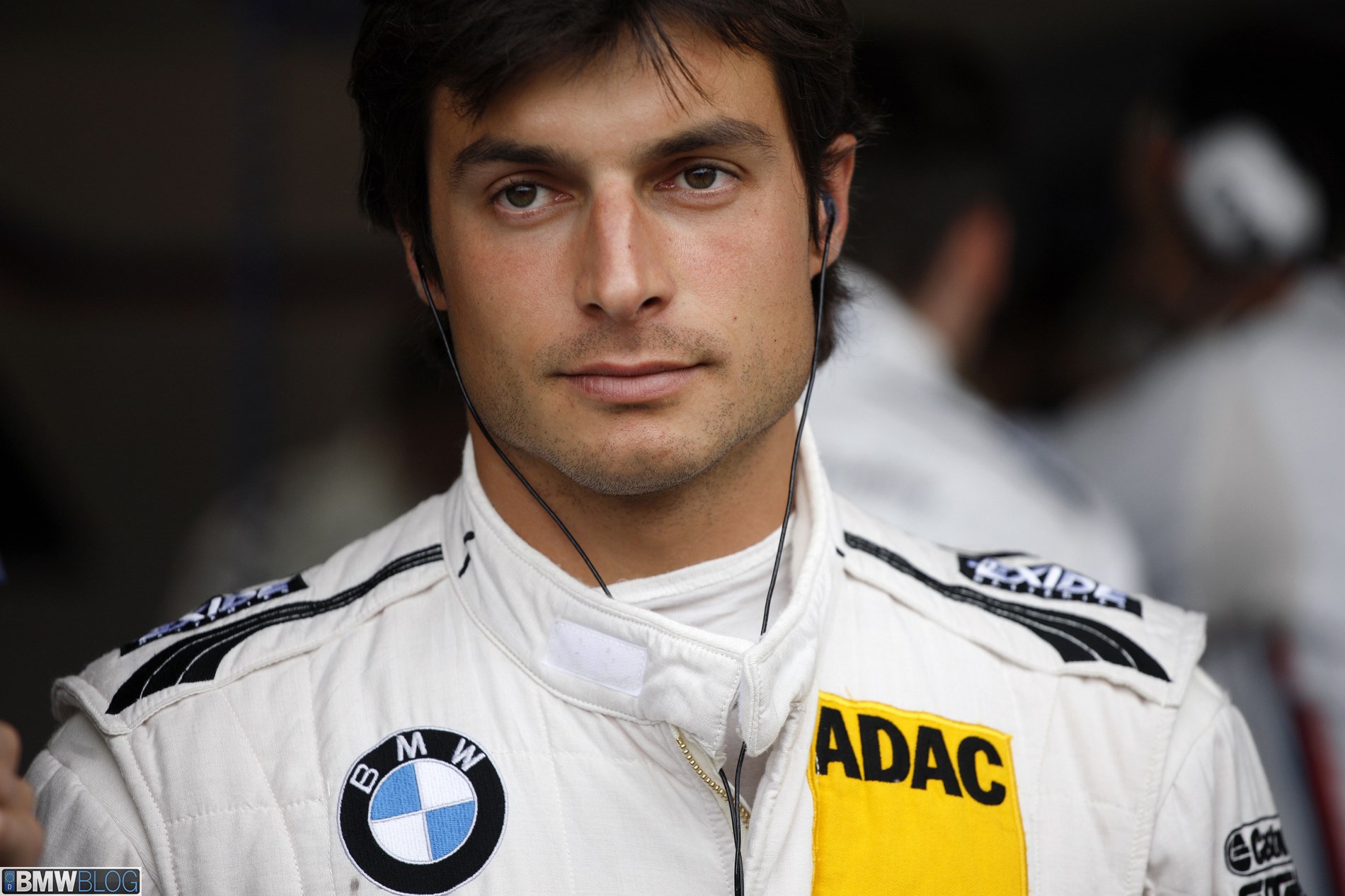 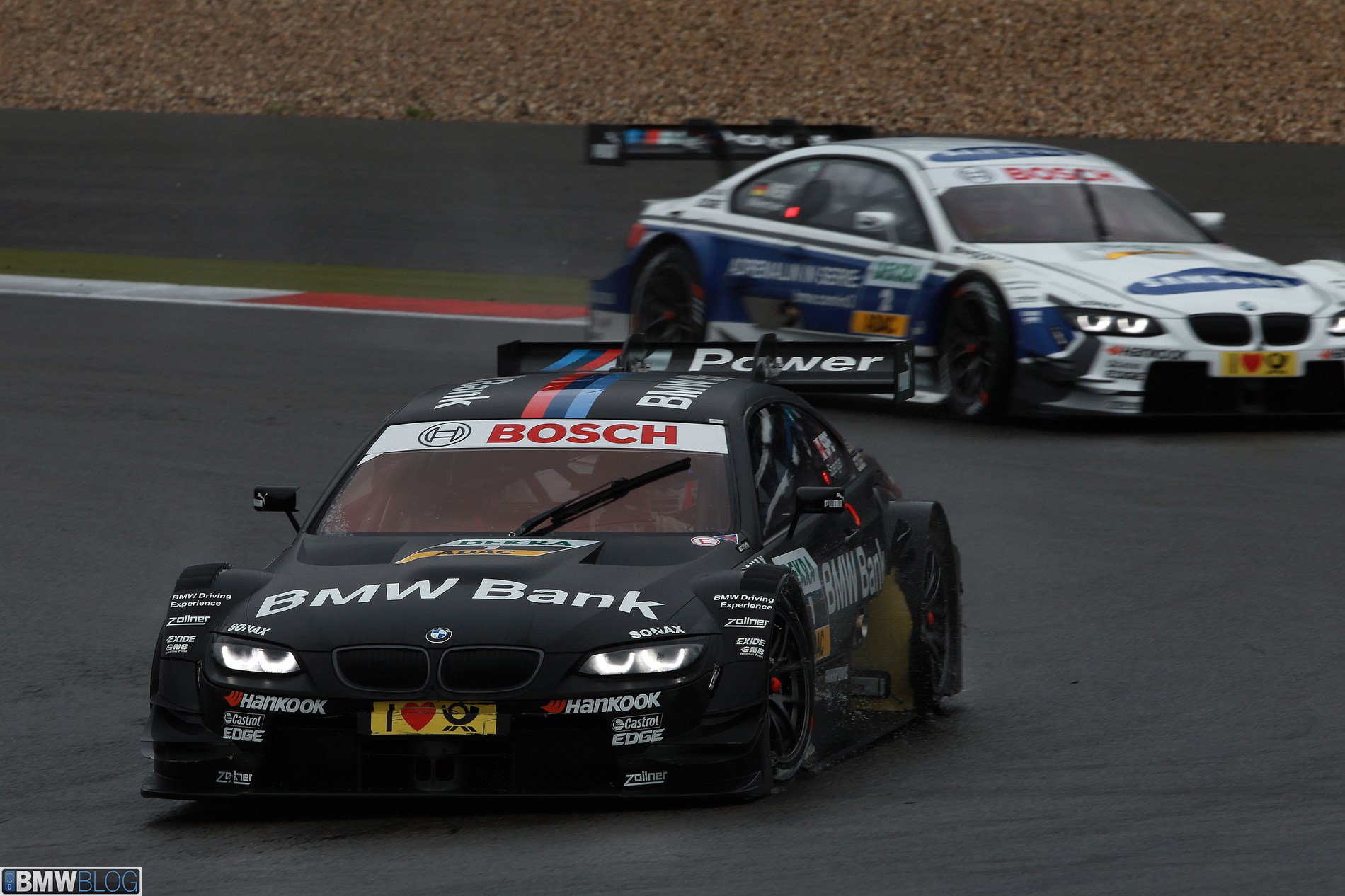 Standings after 7 out of 10 races.

3 responses to “Nurburgring DTM: Farfus runner-up to claim podium for BMW, Tomczyk bags his first points of the season”