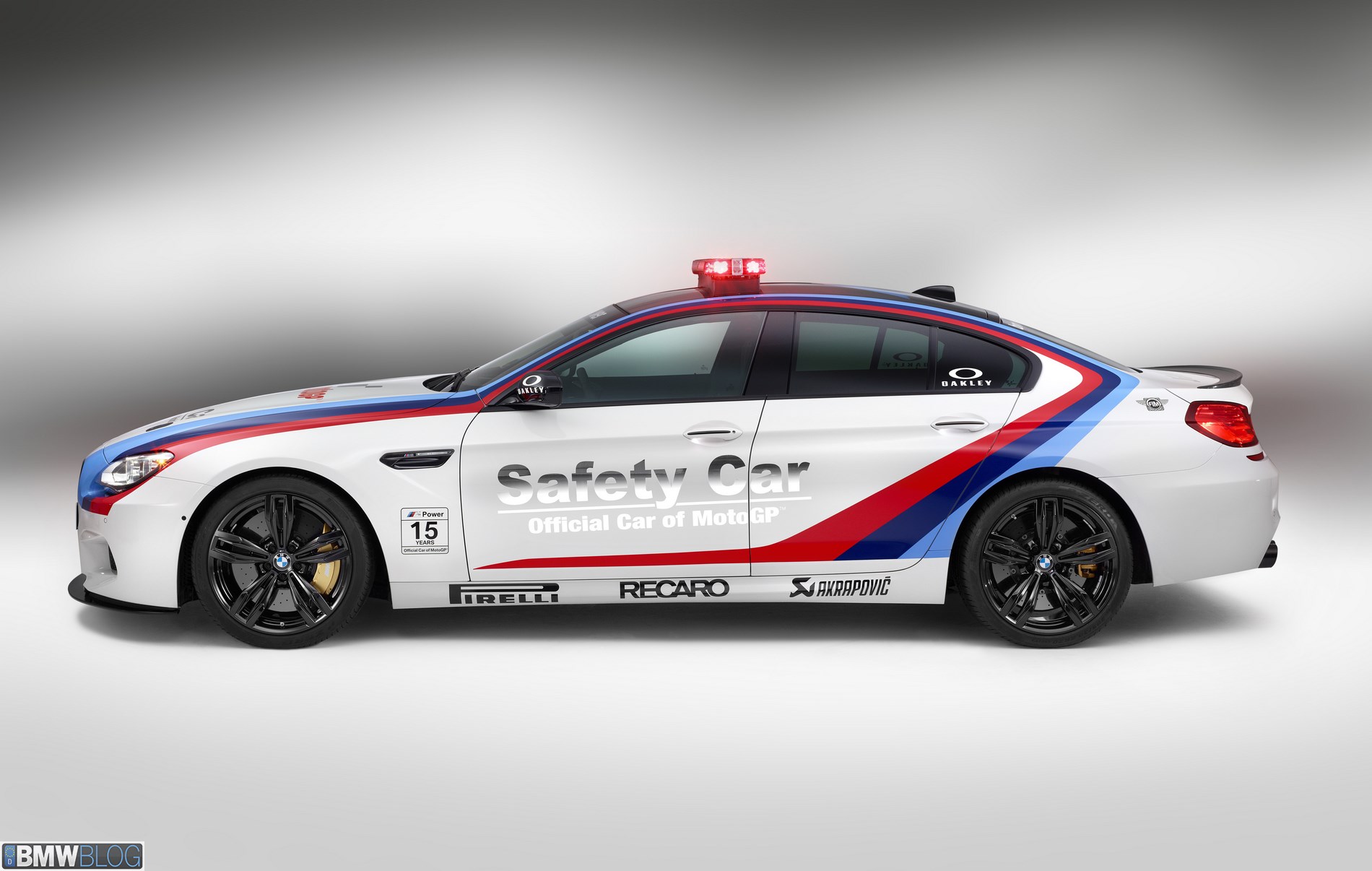 Anniversary of a successful partnership: when the 2013 MotoGP World Championship gets underway with the Qatar Grand Prix this weekend, BMW M will be starting its 15th season as “Official Car of MotoGP”. BMW has been involved in MotoGP since 1999 and provides the official Safety Cars.

The first of many highlights over the course of the anniversary comes at the opening round, which will be held at the “Losail International Circuit” in Qatar: the first public outing of the BMW M6 Gran Coupe. It is only a few weeks since the latest eagerly-awaited high-performance coupé from BMW M GmbH was enjoying its world premiere at the NAIAS in Detroit. This season, the BMW M6 Gran Coupe will spearhead the fleet of Safety Cars in action in the MotoGP World Championship. 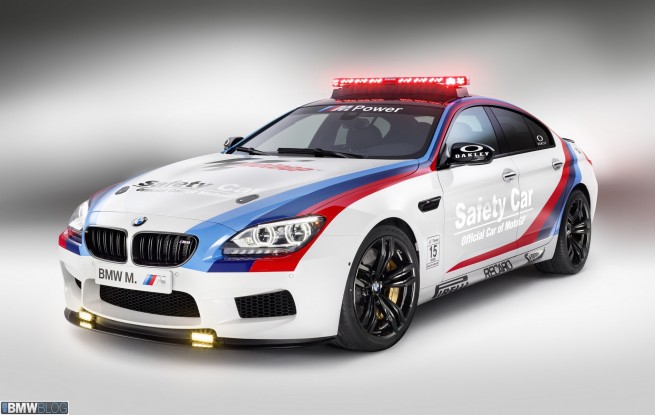 The high-performance BMW M6 Gran Coupe is a premium product, which combines outstanding performance with captivating aesthetics and luxurious elegance. The latest top model to emerge from BMW M GmbH is powered by a high-rev V8 engine with M TwinPower Turbo technology and generating 412 kW/560 hp. It is this power that allows the BMW M6 Gran Coupe to accelerate from 0 to 100 km/h in just 4.2 seconds. The engine performance, chassis technology, aerodynamic properties and balance, which is optimised using components such as the carbon-fibre reinforced plastic roof, are aligned with the kind of precision that people have come to expect of M. As such, the BMW M6 Gran Coupe not only offers a new luxury experience in an M vehicle, but also fully exhausts the dynamic driving potential, which is rooted in the BMW 6 Series. The Safety Car version of the BMW M6 Gran Coupe has been specially modified for its use as a pace car out on the racetrack.

In total, the fleet of official MotoGP cars for the 2013 season comprises five BMW M and M Performance models. As well as the BMW M6 Gran Coupe, the BMW M6 Coupe and the BMW M5 will also be in action as Safety Cars. The Safety Officer will take to the track in a BMW M3 Coupe, while two BMW M550d xDrive Tourings will be used as medical cars. BMW Motorrad will also provide two new BMW HP4s as Safety Bikes. You can find more information on the 2013 Safety Car fleet online at www.bmw-m-safetycar.com. 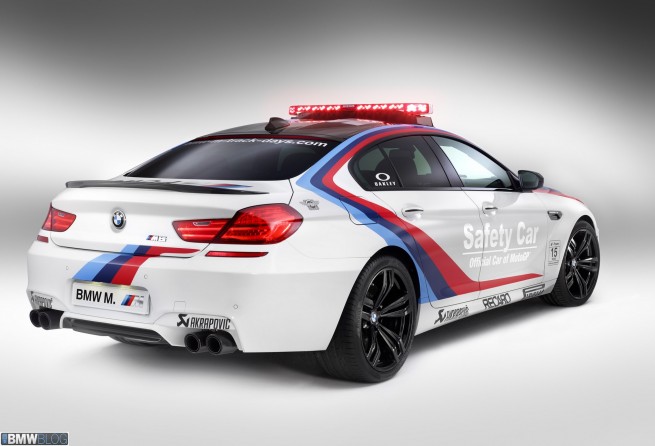 “We are delighted that our cooperation with MotoGP is already entering its 15th season,” said Thomas Schemera, Director of Sales and Marketing at BMW M GmbH. “This shows that Dorna Sports sees us as a reliable partner when it comes to guaranteeing that practice sessions, qualifying and races pass safely in the pinnacle of motorcycle racing – even in the most difficult weather conditions. In return, the Motorcycle World Championship provides us with the perfect platform. This allows us to present our high-performance automobiles to a target group consisting of motorsport enthusiasts who share our passion for technologically innovative and dynamic sports cars – and that all over the world. We are particularly proud to be able to run our high-performance luxury coupe, the BMW M6 Gran Coupe, as a Safety Car in the 2013 season.”

BMW M GmbH’s involvement in MotoGP is not solely restricted to the Safety Car fleet, but also comprises numerous sales and marketing campaigns within the Grand Prix environment. The BMW M Hospitality in the paddock will display MINI, BMW and BMW M automobiles. Visitors will also receive detailed information on the Grand Prix, riders and teams. An exclusive VIP sales programme completes the offering in the BMW M Hospitality. On the BMW M MotoGP Experience, guests spend the race weekend in the VIP village, thus gaining insights into what goes on behind the scenes of the Motorcycle World Championship. Among the highlights of this visitor package are the garage tours with former world champion and BMW M MotoGP Expert Loris Capirossi (ITA), meetings with the current crop of riders, and taxi rides in one of the BMW M Safety Cars. 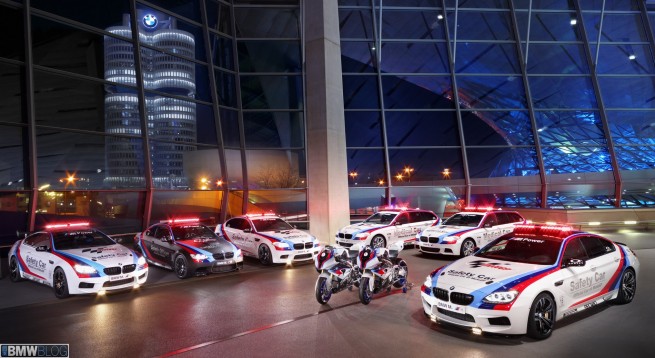 The BMW M Award is also celebrating an anniversary this year. Since 2003, this award has been presented at the end of the MotoGP season to the rider with the best overall qualifying record. Among the recent winners, who receive an exclusive BMW M car for their efforts, are Valentino Rossi (ITA), Casey Stoner (AUS), Jorge Lorenzo (ESP) and Nicky Hayden (USA). To mark the tenth anniversary of the award, the best qualifier this season can look forward to a special highlight – however, the exact BMW M model will not be revealed until the start of the European leg of the season in Jerez (ESP) in May.

BMW M GmbH rang in the first grand prix week of the season with an exclusive M6 event hosted by Alfardan Automobiles, the BMW importer in Doha. This pre-launch event enabled Qatari national media representatives and invited customers to be the first to view the eagerly anticipated BMW M6 Gran Coupe Safety Car. This pace car, to be deployed on-track for the first time this weekend, was unveiled by BMW M MotoGP Expert Loris Capirossi. Also present were the BMW M6 Coupe Safety Car and the BMW M6 Convertible. 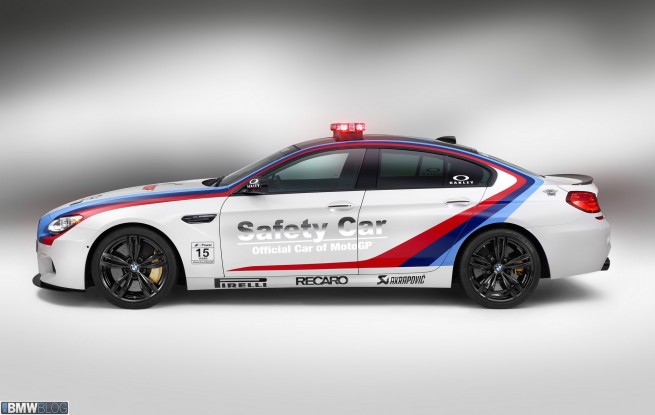