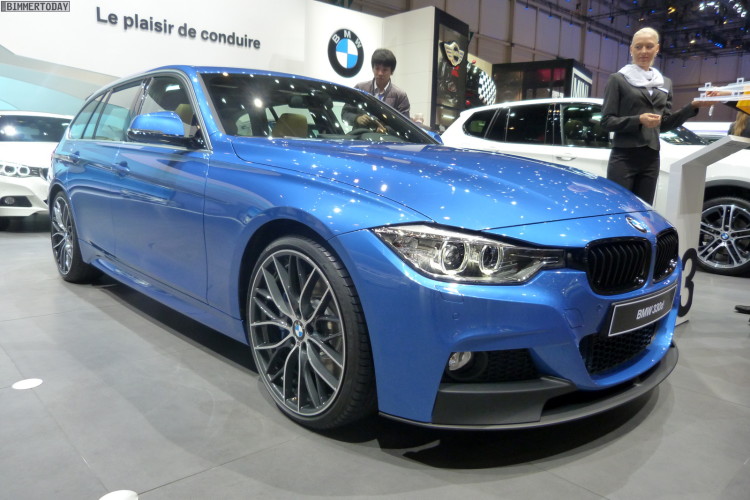 As a special highlight for the second press day at the 2013 Geneva Auto Show, BMW revealed an F31 3 Series Touring with accessories from BMW M Performance. The Estoril Blue Metallic 330d shows the M Sports Package components that can be upgraded via the accessory program.

20-inch light alloy wheels in a two-tone design give a view of the blue brake calipers as part of the M Sport brakes and harmonize perfectly with the dark accents of several carbon fiber design elements. At the front, the F31 gets a carbon fiber spoiler lip while in the back a massive rear wing. Very special is the for the most part the color-keyed rear spoiler with a discrete diffuser. 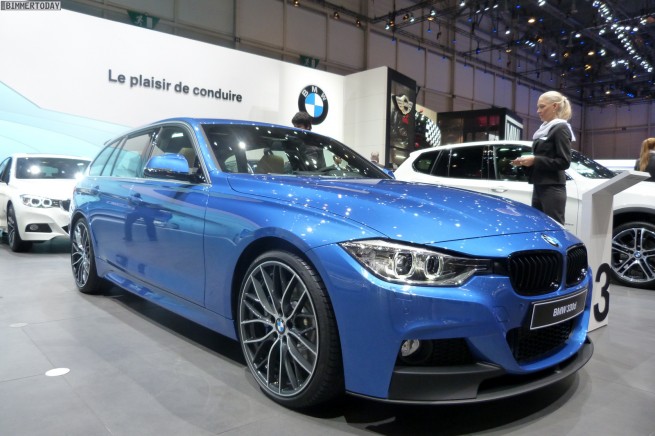 Under the hood of the BMW 3 Series Touring with BMW M Performance Accessories operates the 3.0-liter inline six-cylinder diesel from the 330d model which makes 258 hp, and accelerates to 62 mph in 5.6 seconds. Even more impressive, however, is the combined fuel consumption of the 330d available only with an automatic transmission: 5.1 liters per 100 kilometers.

Inside we can see the BMW M Sport steering wheel with shift paddles, and the optional eight-speed sports automatic transmission.