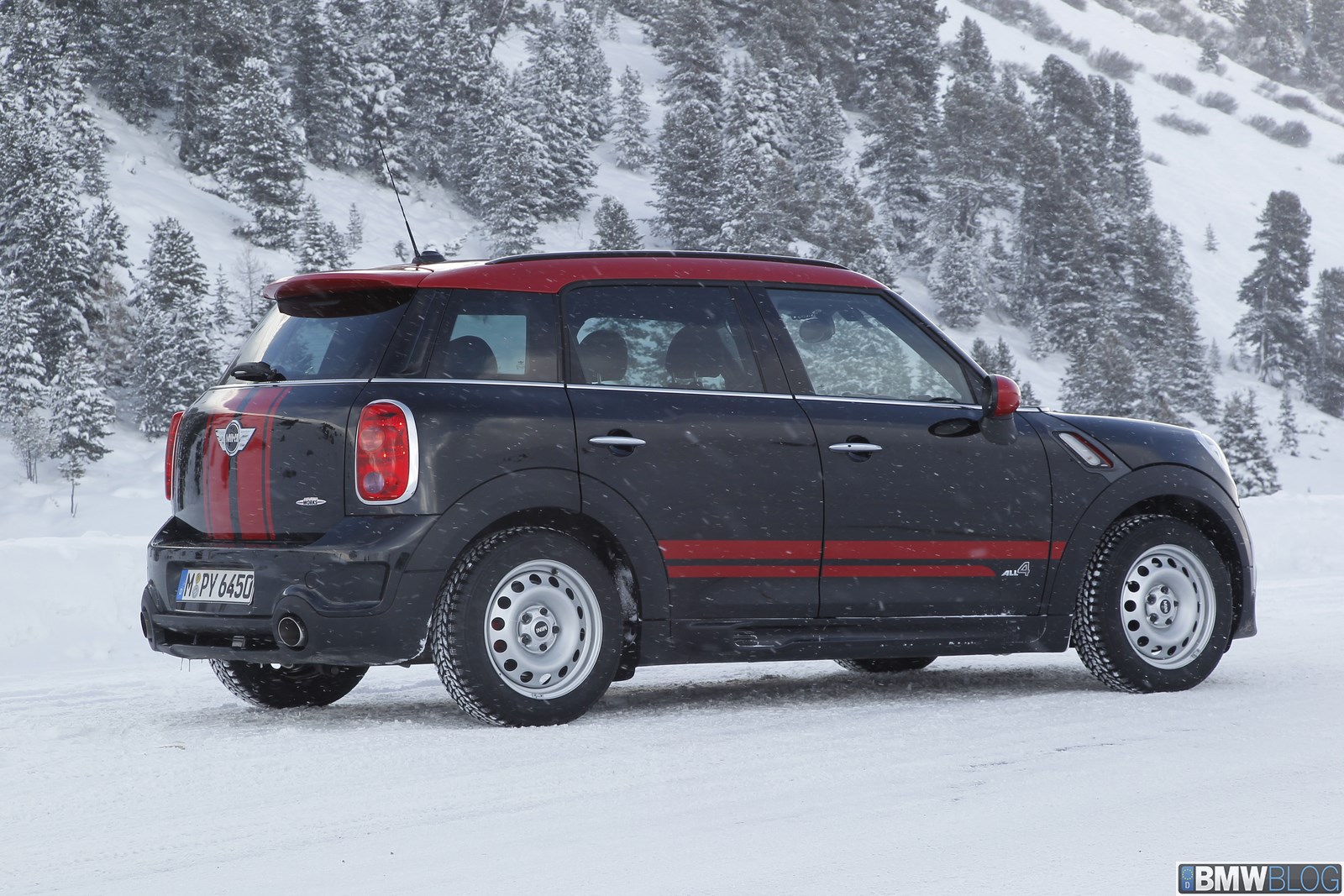 Driving fun will always be a MINI forte; its agile handling – aka “go-kart feeling” – has long been a hallmark of its character. Sophisticated powertrain and chassis technology ensure that every model in the British premium brand’s line-up is the undisputed leader of its class. And that hasn’t changed with MINI’s expansion into a new segment. On the contrary: the debut of the MINI ALL4 all-wheel-drive system in the MINI Countryman has injected fresh appeal into those MINI driving characteristics, rooted as they are in instantaneous and precise responses to every movement of the accelerator and steering wheel. ALL4 gives drivers an even more focused experience of the car’s unmistakable driving fun through dynamically taken corners – on rough terrain as well as smooth roads.

The choice of all-wheel-drive MINI models is poised for further expansion in March 2013. That’s when the MINI Paceman will be launched, boosting to eight the number of models available with ALL4 as standard or as an option. The first Sports Activity Coupé in the premium compact segment sees ALL4 optionally teaming up with the diesel engines in the MINI Cooper SD Paceman (105 kW/143 hp) and MINI Cooper D Paceman (82 kW/112 hp), as well as the petrol unit under the bonnet of the MINI Cooper S Paceman (135 kW/184 hp). Also primed for action is the MINI John Cooper Works Paceman. Fitted with the all-wheel-drive system as standard, it converts the power of its 160 kW/218 hp, race-developed engine into extreme driving fun with supreme assurance in any situation. All models come as standard with a six-speed manual gearbox, while a six-speed automatic can be ordered as an option.

All of which means ALL4 can now offer drivers of eight MINI models a noticeable boost to traction, directional stability and agility through corners. With four all-wheel-drive variants and the choice between manual or automatic gearboxes, the MINI Countryman makes its own contribution to the impressive variety of the brand’s ALL4 range. ALL4 is available as an option for the MINI Cooper S Countryman, MINI Cooper SD Countryman and MINI Cooper D Countryman, while the MINI John Cooper Works Countryman sends its eye-catching power through all four wheels as standard.

ALL4 was developed specially for MINI models and, since its introduction in 2010, has broken new ground and won over additional target groups. The all-wheel-drive system uses an electromagnetic centre differential to distribute drive seamlessly between the front and rear axles. In normal driving situations ALL4 diverts up to 50 per cent of the engine’s power to the rear wheels, rising to as much as 100 per cent in extreme conditions, such as on ice and snow-covered surfaces. The control electronics of the MINI ALL4 system are integrated directly into the DSC (Dynamic Stability Control) management unit, enabling drive to be channelled through the wheels as required in a matter of milliseconds. 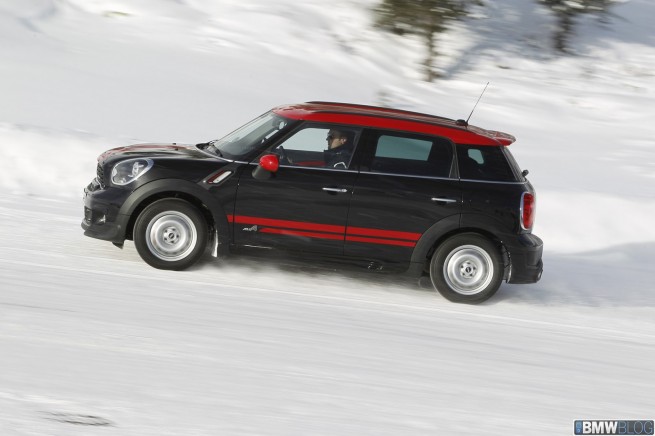 This set-up offers a number of advantages. In regular driving situations it optimises fuel economy. But ALL4 also responds to fluctuating dynamic requirements to give the MINI Countryman or MINI Paceman driver a particularly intense experience of the customary MINI go-kart feeling. It uses the data collected by DSC to tweak the power split pre-emptively and to impressive effect through dynamically taken corners, for example. And that means the driver enjoys outstanding agility combined with surefooted driving characteristics – in customary MINI style. The system feeds a higher proportion of the engine’s power to the rear wheels to make turn-in as precise as possible.

In models equipped with ALL4, the DSC system also comes as standard with DTC (Dynamic Traction Control) mode, which allows controlled slip through the driven wheels to ease moving off on loose sand or deep snow. Added to which, when the stability system is deactivated (in DSC Off mode) an electronic locking function for the front axle differential comes into play. In tight corners it brakes a spinning wheel as required to enhance handling. Known as Electronic Differential Lock Control (EDLC), this system enhances the car’s traction without adversely affecting its steering properties.

In addition, the models equipped with ALL4 have a very specific chassis set-up. Together with the sophisticated final drive and drive shaft mounting, which includes an inner vibration damper, this set-up gives the all-wheel-drive variants of the MINI Countryman and MINI Paceman the same high standard of acoustic and dynamic comfort as the models with front-wheel drive. 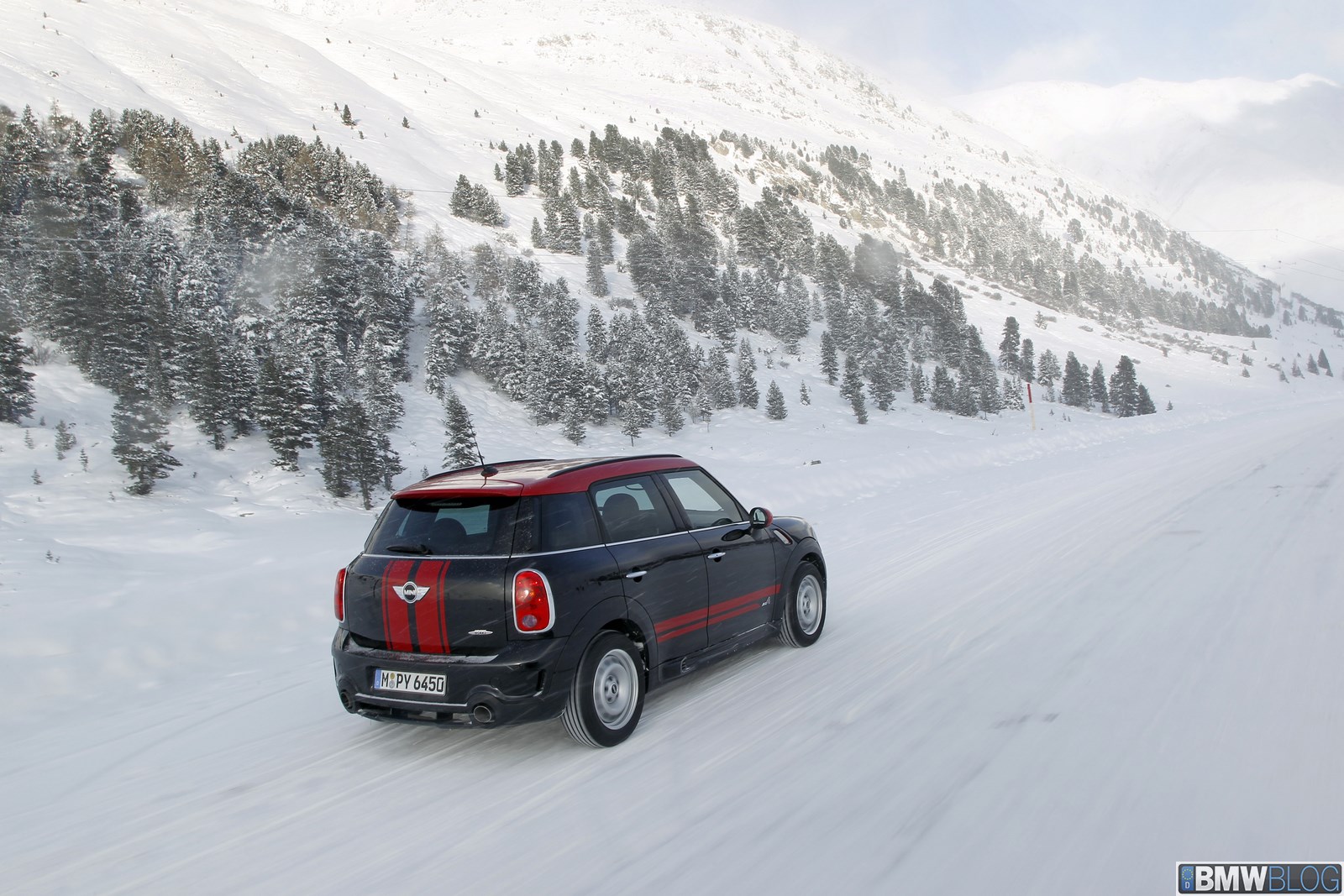 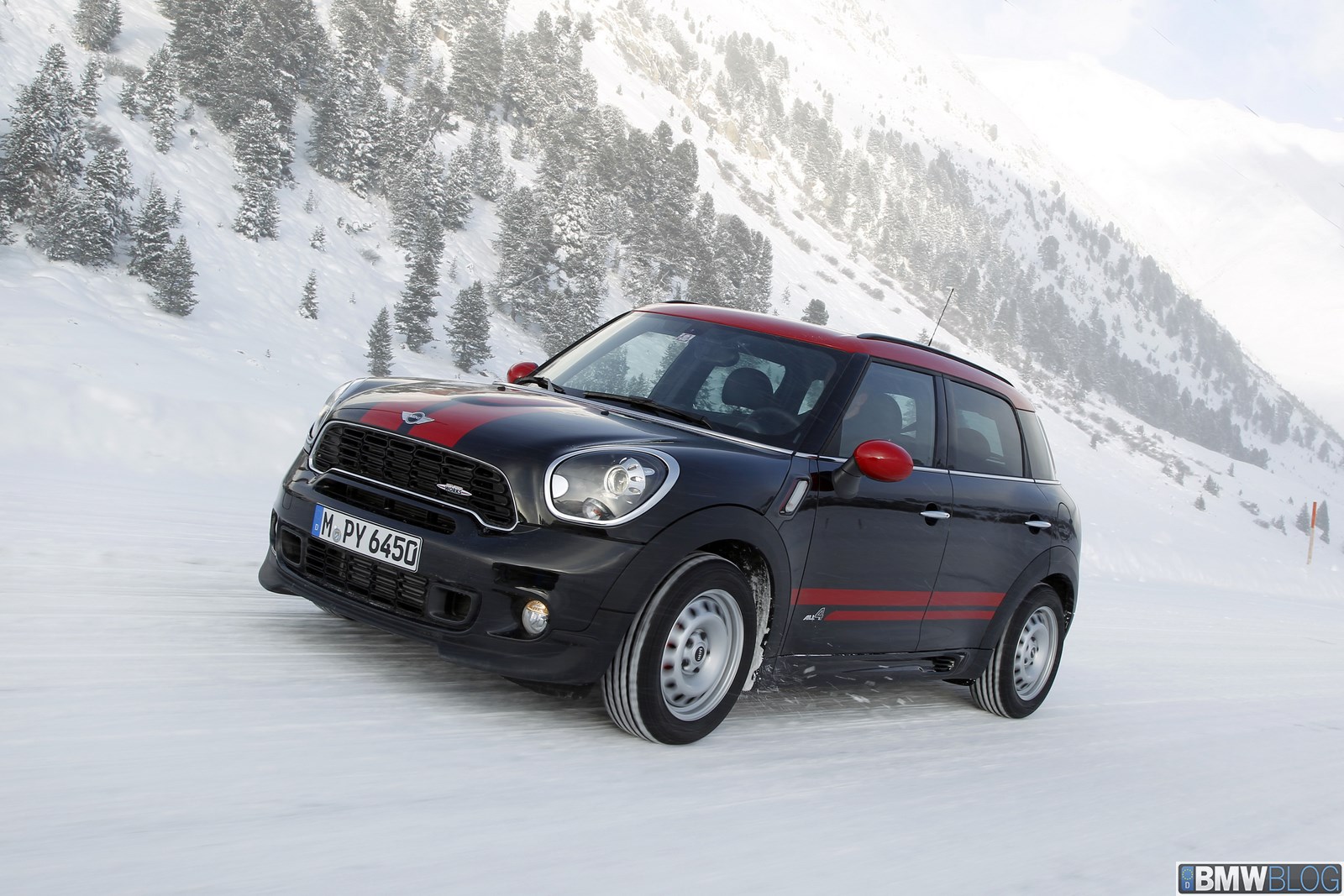 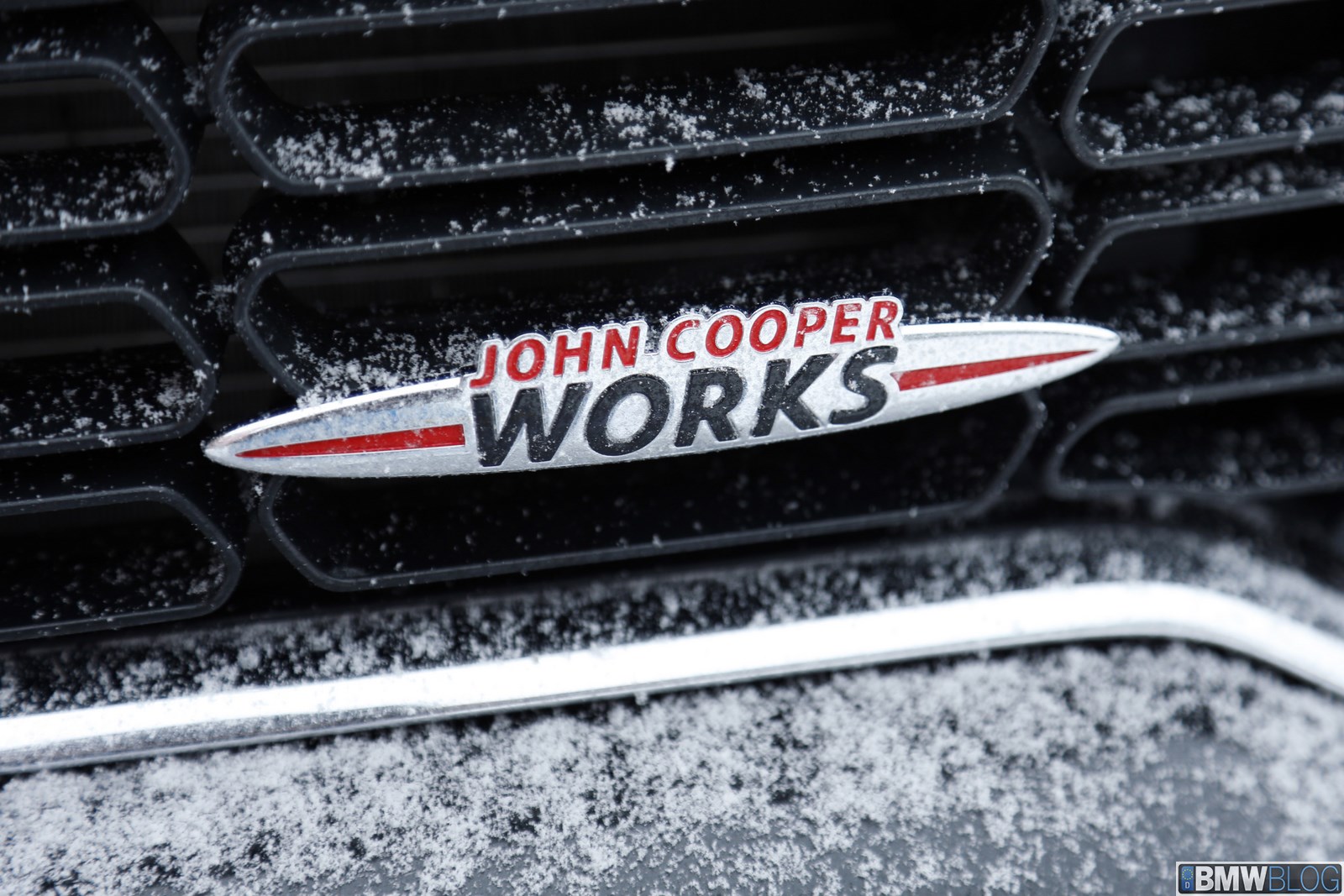 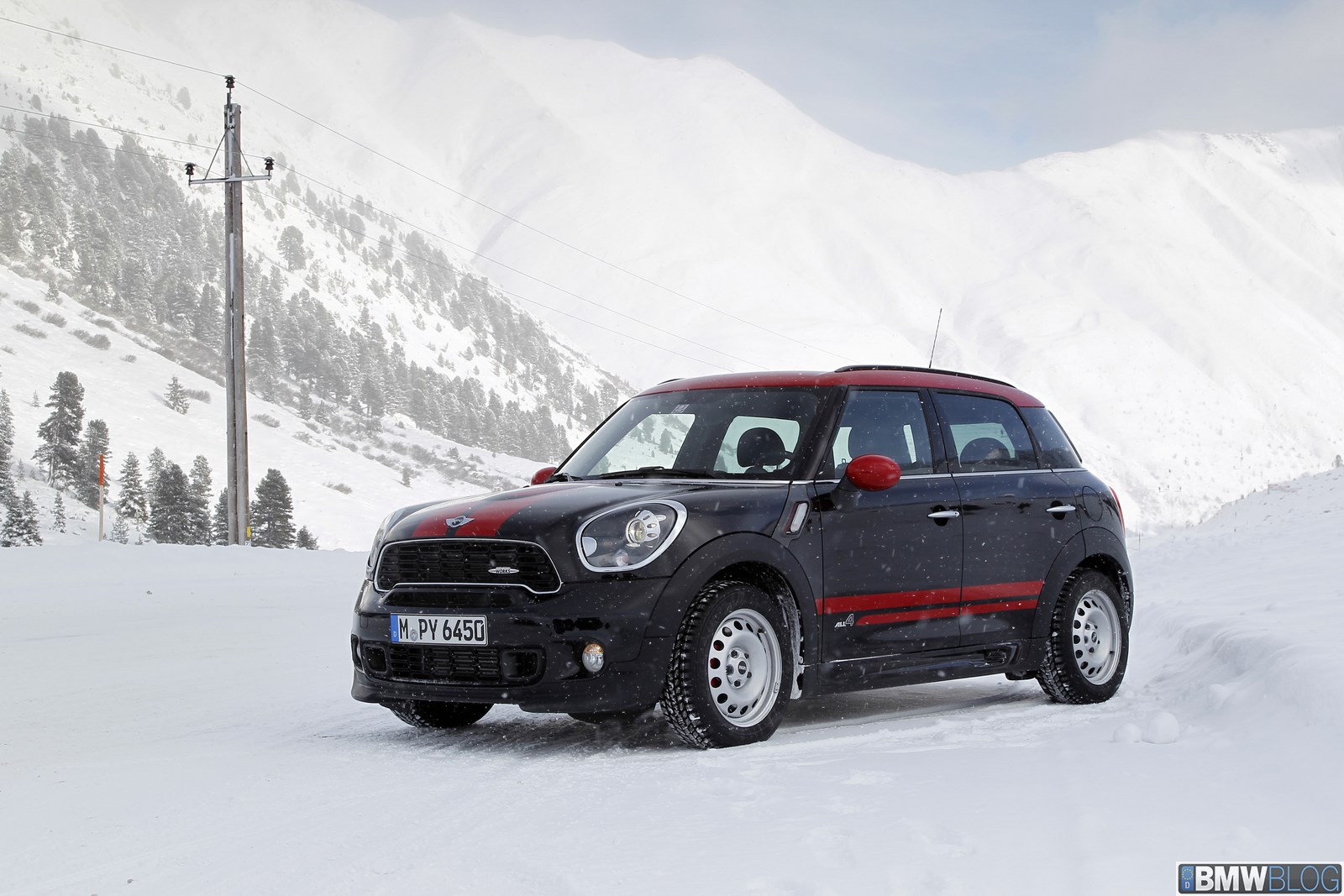 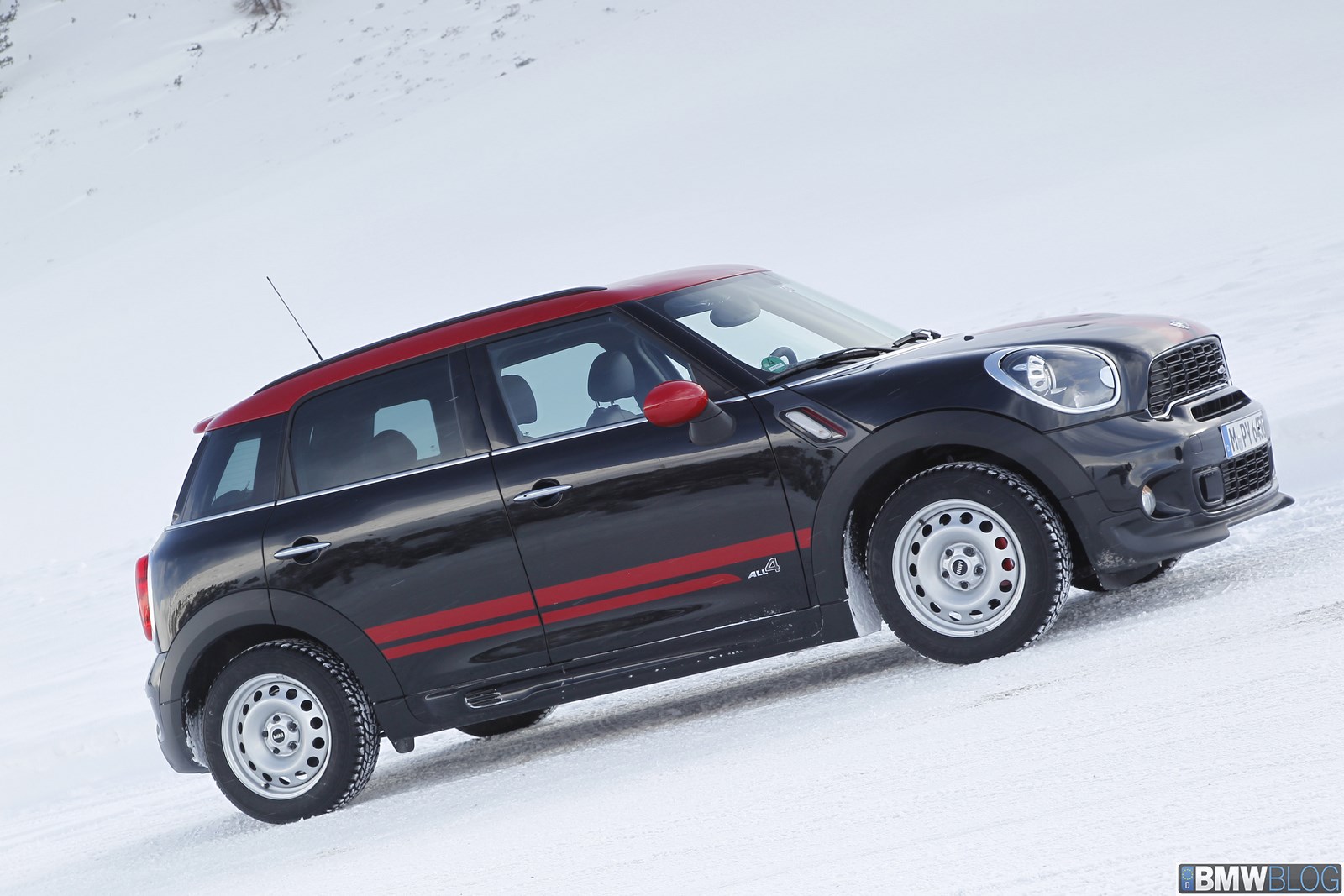 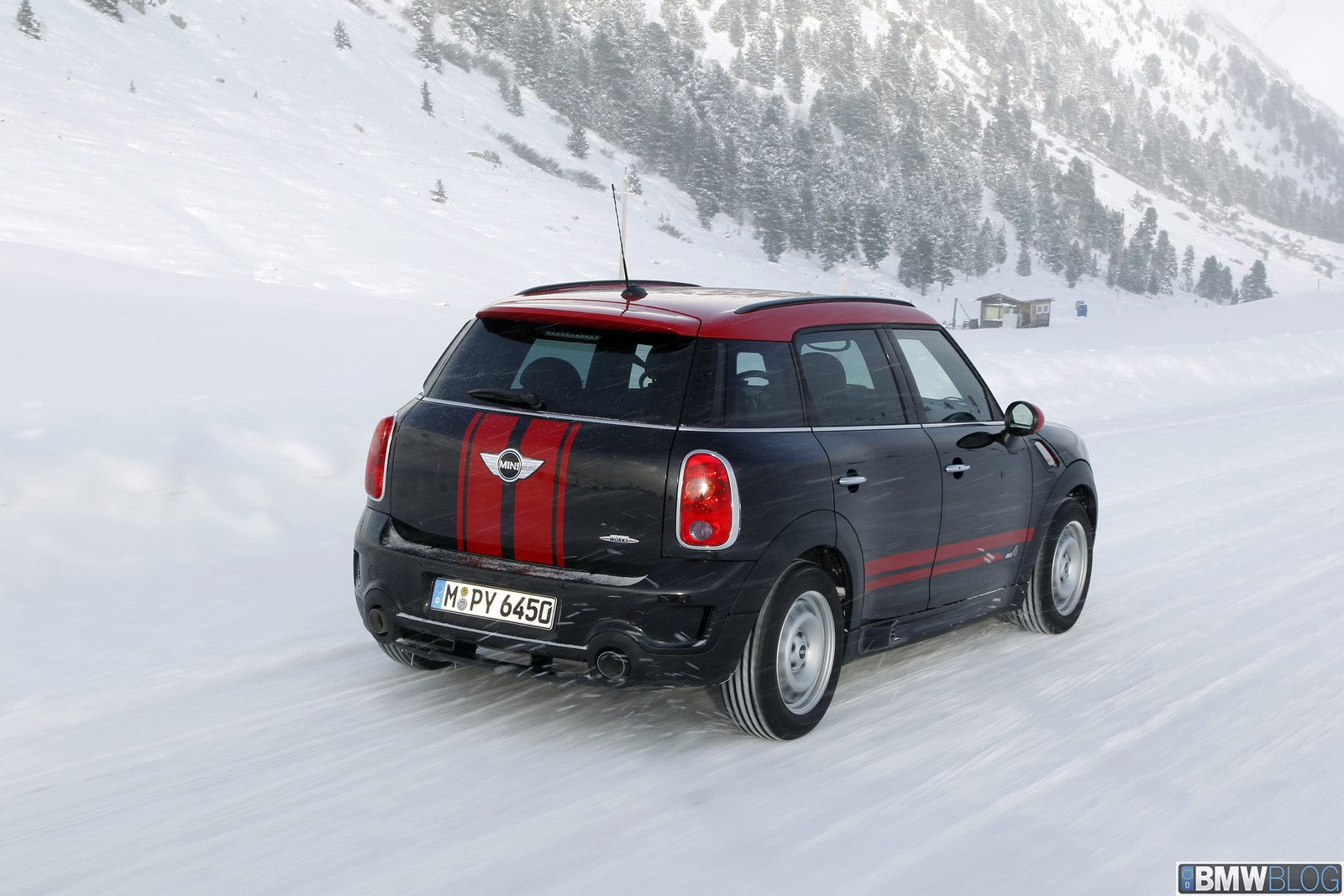 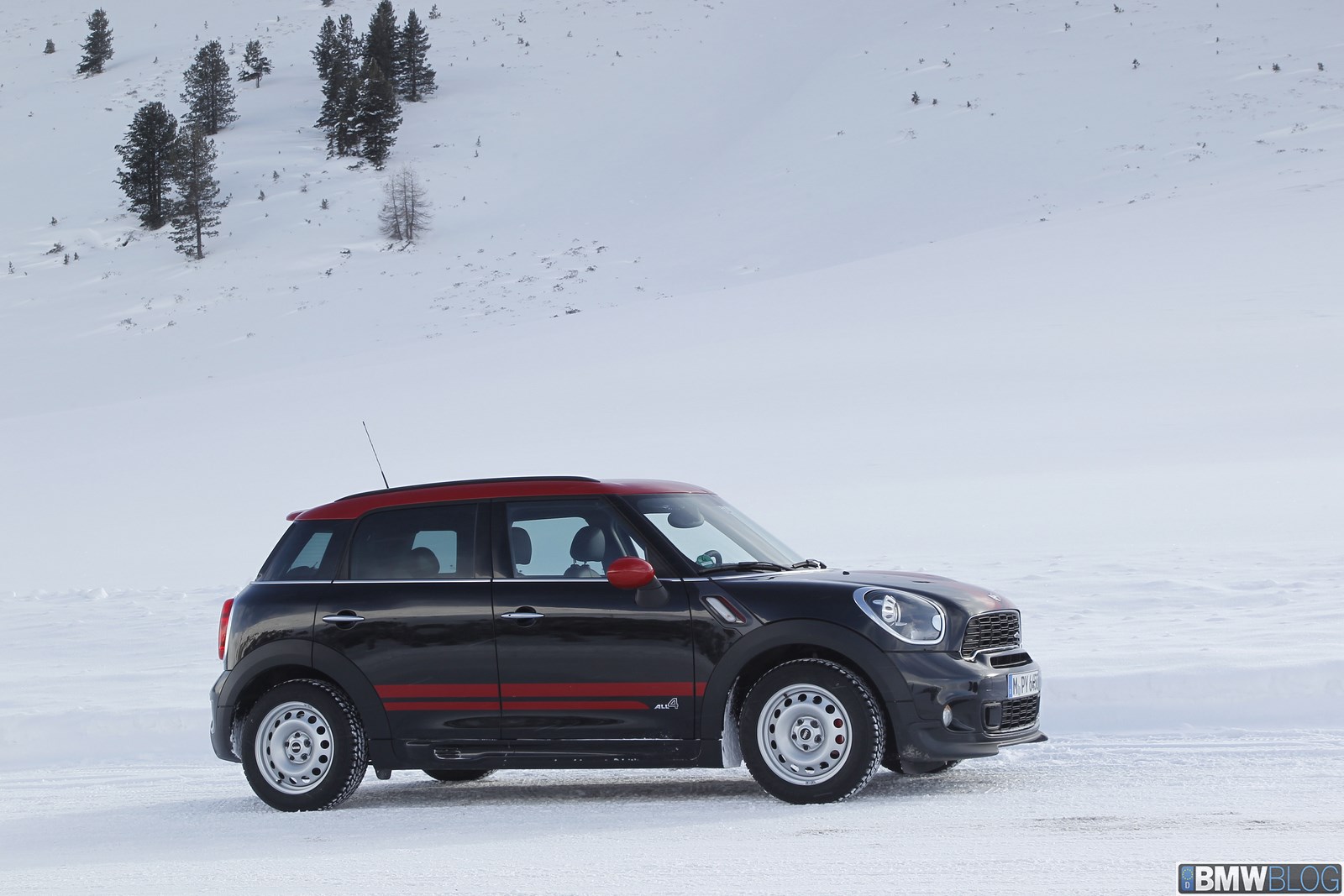 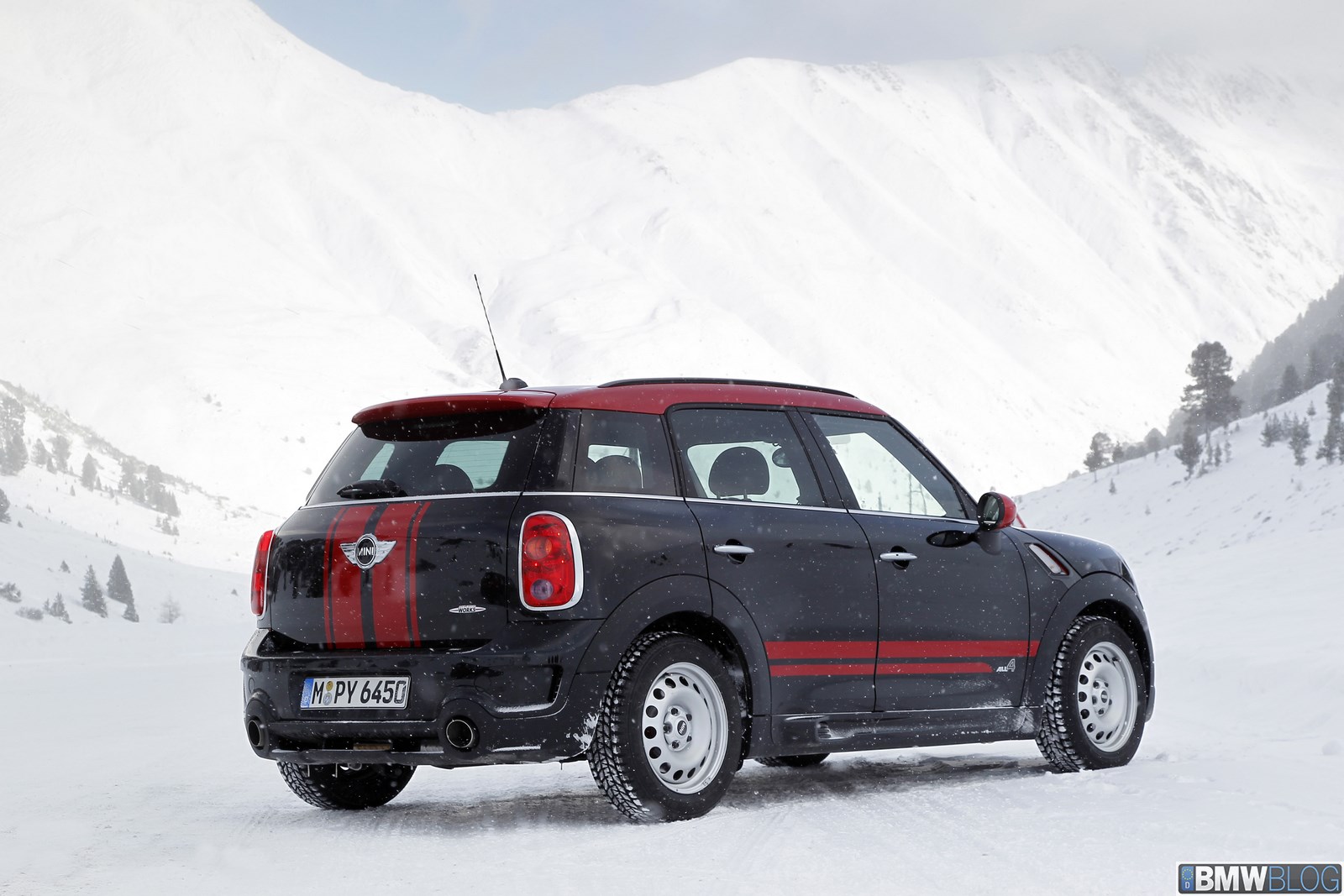 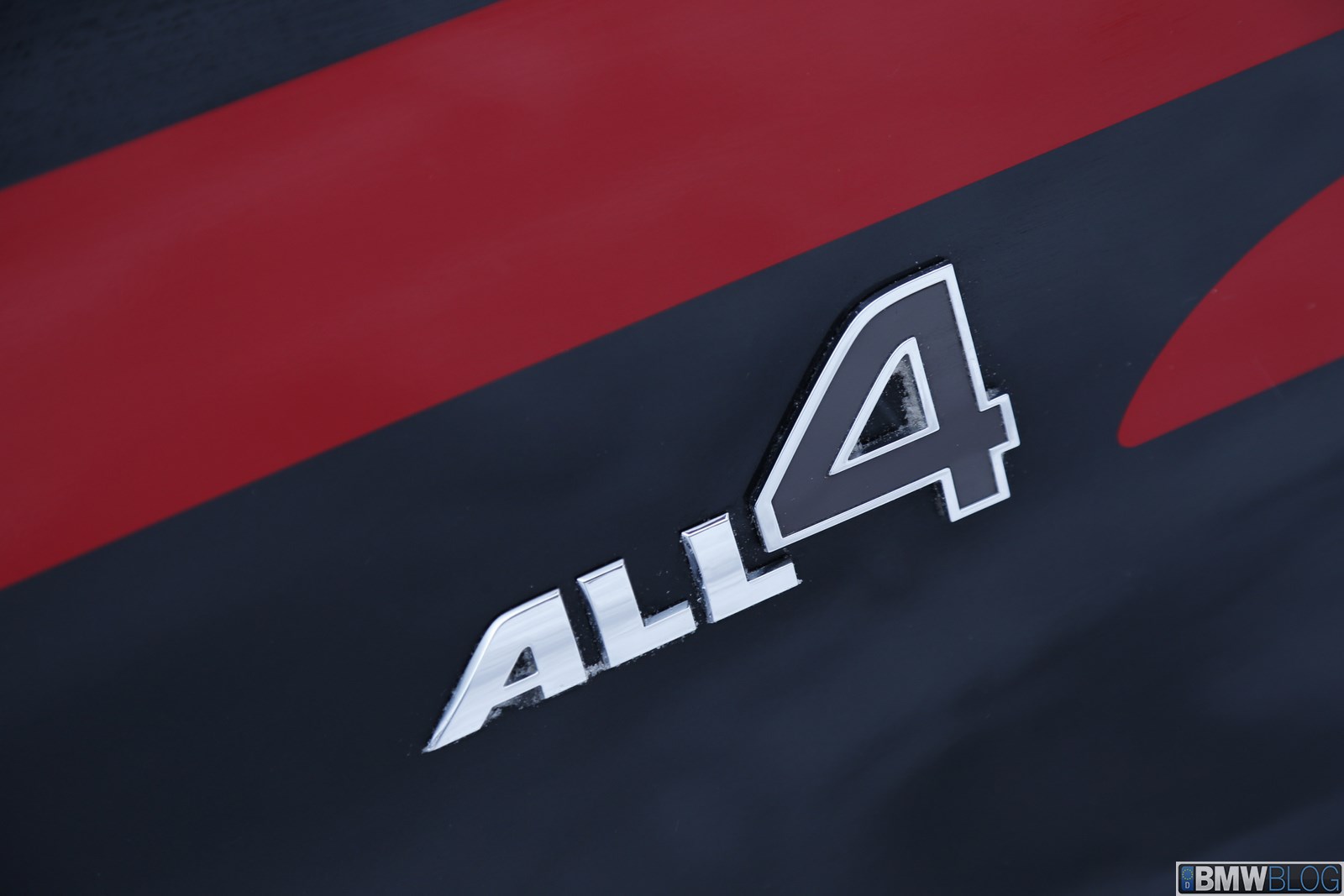