BMW NAIAS 2013 Video: Behind the Scenes 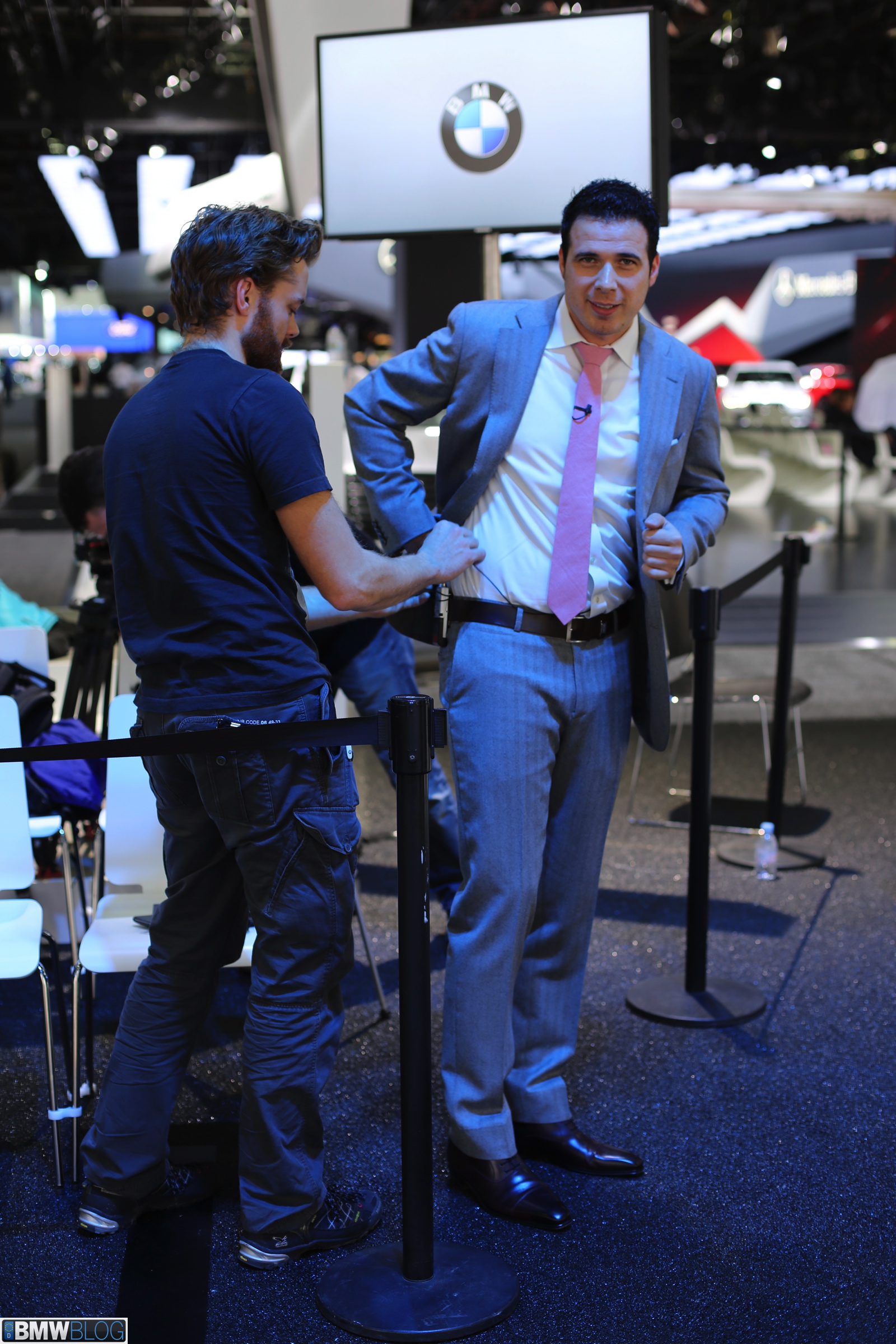 Directly engaging the new media (read online blogs), BMW chose BMWBLOG to host a new style video preview for the 2013 Detroit Auto Show just hours before it opened to the press preview for 5200 international journalists. BMW TV actually turned the program over to the enthusiasts internet BMW nuts here at BMWBLOG! The idea behind this program was for the brand to connect directly with the BMW community and give the “old school auto shows videos” a new look and feel. Sure, they could have hired a professional moderator or rehears the script to infinite, but it would have defeated its original purpose: to let the community have a voice and communicate the products in a different way.

Also this was not just any auto show, it was The North American International Auto Show (NAIAS) held in Detroit and is the United State’s most import auto show ultimately hosting 800,000 visitors over its two week run. 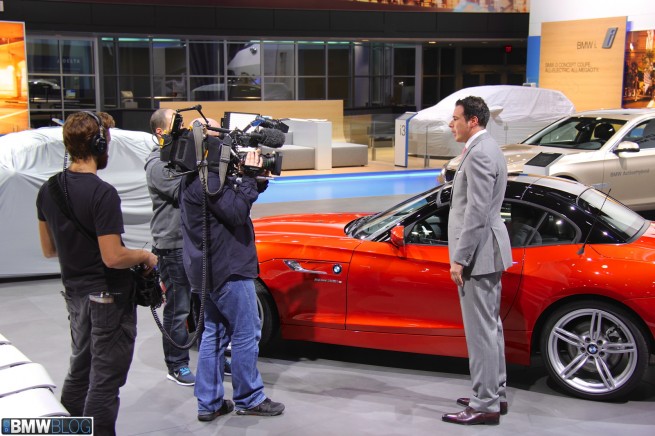 Building up to this, on January 2nd BMW posted on Facebook, “What would your questions be, if you could ask BMW experts about the vehicles shown at NAIAS 2013 in Detroit? Comment below and Horatio Boeriu from BMWBLOG will get you the answers!” What followed were 98,000+ likes and just shy of 2,000 comments and questions. These were culled and picked for Horatiu to ask of BMW during the Detroit Auto Show preview video.

BMW requested Facebook fans to post up questions for Horatiu, founder of BMWBLOG, to seek answers directly from BMW during the video.  “Be the first to take a look at our highlights at the NAIAS (North American International Auto Show) in Detroit before the doors open. Horatiu Boeriu from BMWBLOG takes you on a walk and has the answers to some of the questions you have asked here on Facebook. Click here to hear them!“

After Horatiu’s welcome in front of BMW’s much anticipated 4 Series Coupe still under wraps in front of an impressive BMW stand, the preview moves onto the Valencia Orange Z4 sDrive 35is. Next Horatiu walks us through the all new M6 Gran Coupe. What a truly stunning car.

Earlier in the day, Horatiu interviewed Bernhard Ederer from BMW in front of the now uncovered BMW Concept 4 Series Coupe who was gracious to tackle on some interesting questions regarding the new 4 Series Concept Coupe.

The questions came directly from the Facebook Page via an iPad, and they jumped right into why BMW created the 4 series nomenclature. Next, will there be an X drive version – there should be a production version, BMW said but as this is a concept answers are not definitive. Will there be a six-cylinder motor? It’s a concept but should be able to fit one in there (our note: Read between the lines). Details will be changed to make it a production and there should be the established lines that BMW utilizes in their other lines. Price? It should be priced similarly to the outgoing 3 Series Coupe. All great questions from Facebook fans! 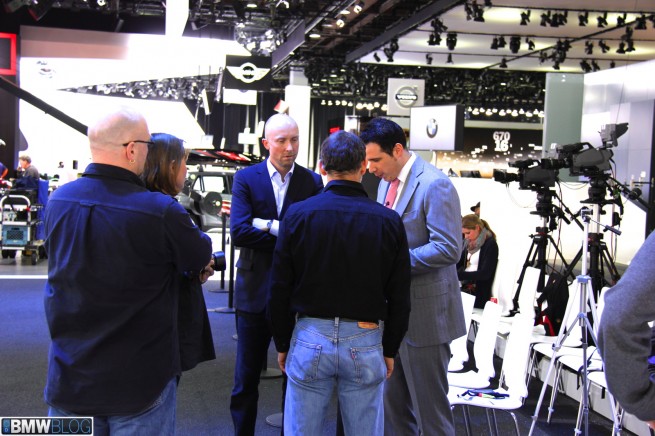 What was the reaction to this new social media outreach? In the first 24 hours there were 26,000 views on Youtube. Within 48 hours it hit 41,000 views and is currently at 67,000 views in about two weeks and is still climbing. A mighty impressive sum. On BMW’s Facebook Page, there were over 7,500 likes, over 1000 shares of the Detroit Auto Show Preview hosted by BMWBLOG. The reception was overwhelmingly positive though as with all things one puts on the internet not all comments were positive. There was about 3% (14/408) which gave it a thumbs down and some interesting comments.

Here’s the extremely successful International BMW Channel on Youtube which has 123,000+ subscribers with over 56 million video views. The video BMWBLOG help host was produced by BMW TV which was flown in from Munich and they were an amazing crew. They were very professional and plowed right on through what had to be some wicked jet lag. Two of them would run a camera and lights while another ran chords so no one tripped. During the breaks between takes they were very approachable and gave some great advice for those not use to being in front of the camera. “Be yourself because you can’t pretend to be something you are not.” I may be paraphrasing some because I didn’t record their advice but I should have. Essentially, relax and just have a discussion with a friend. If you watch the evolution of Horatiu during the short video, you can see how after he gets going he is relaxed by the time they get to the M6 Gran Coupe. 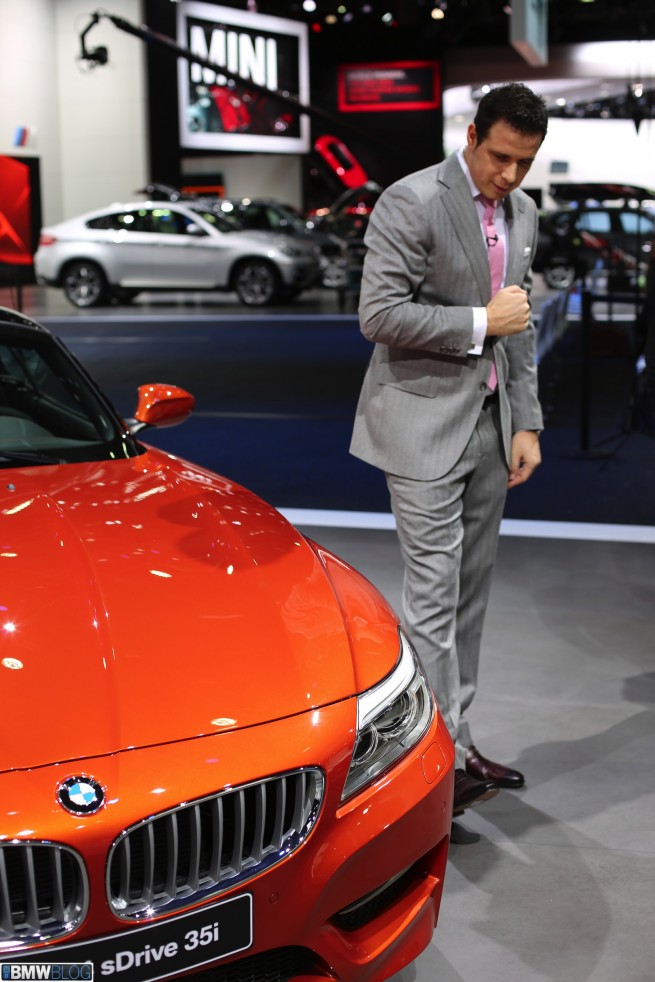 Another interesting facet to the whole thing is the back story on how this came to fruition and what it was like for Horatiu to step in front of the camera. I was fortunate enough to be present during filming and afterwards asked Horatiu some questions.

Why do you think BMWBLOG was chosen to participate in this unprecedented preview of the 2013 NAIAS BMW Stand?

Horatiu: BMW is looking to engage its online communities more than ever before and their goal is to bring a personal touch to some of their car presentations, presentations that are meant to be more personal, casual and fun. And their first stop was at the new media or online bloggers.

What was the hardest part of being in front of the camera?

Horatiu: The hardest part being on camera is to actually ignore that there is a camera nearly inches away from your face. Also it’s quite hard to maintain your cool and wittiness, and despite trying to be relaxed and funny, you end up being more stiff that you would want to. If I were to do it again, the delivery of the content would be more on the funny side and like having a casual conversation with other BMW fans. Oh, and last but not least, having an accent makes it a bit harder since you constantly need to slow down so words can come out clearly.

Was the film crew patient?

Horatiu: Extremely. Total professionals, especially since we have not rehearsed a lot before the shoot.  They’re used to people that are accustomed to being on camera and need less guidance. But they were extremely helpful and patient, despite having a very very tight deadline to deliver the final cut.

Are you happy with the result and would you do it again?

Horatiu: Happy? Maybe not entirely, I came out looking a bit stressed out, but in some parts of the video I managed to loosen up and just go with the flow. Would absolutely try again, especially after learning how to deal with some harsh online comments and being called John Travolta. The question in my mind is: which Travolta? The one from now or 20 years ago? :)

If I were to try this again, I would certainly provide a more enthusiastic and informal presentation that will show my passion for the brand.

Overall, it was an interesting experience for everyone involved and a good lesson for other automakers on how to engage their online communities.

Can you tell me when BMWBLOG was founded and why?

Horatiu: BMWBLOG was founded in 2007 as an online blog/magazine where all the BMW news and opinions can be found. At the time, there was not a single online media that will produce only BMW-related news. The goal was to combine the power of online and social media with a professional, journalistic writing style, which we continue to improve year after year.

What is BMWBLOG’s current reach in terms of readership?

Horatiu: BMWBLOG reaches millions of readers every month, along with nearly 250,000 Facebook fans.

Overall, I believe it was a successful experiment for BMW, one I hope that they do again with other BMW enthusiasts. My lingering memories from the NAIAS autos how were watching the filming of this video and second how incredibly beautiful the BMW Concept 4 Series Coupe was. I keep watching this detailed video of the 4 Series over and over. I hope they bring it the market with as few changes as possible.

This was taken just after the opening on the second press preview day and BMWBLOG was very fortunate that there were not many people up and about to be in the way for the filming of this. The music BMW and display behind the 4 Series is a great match for the car.

Thanks BMW for constantly improving your relationship with the BMW community and creating new opportunities for the BMW enthusiasts to connect with the brand. 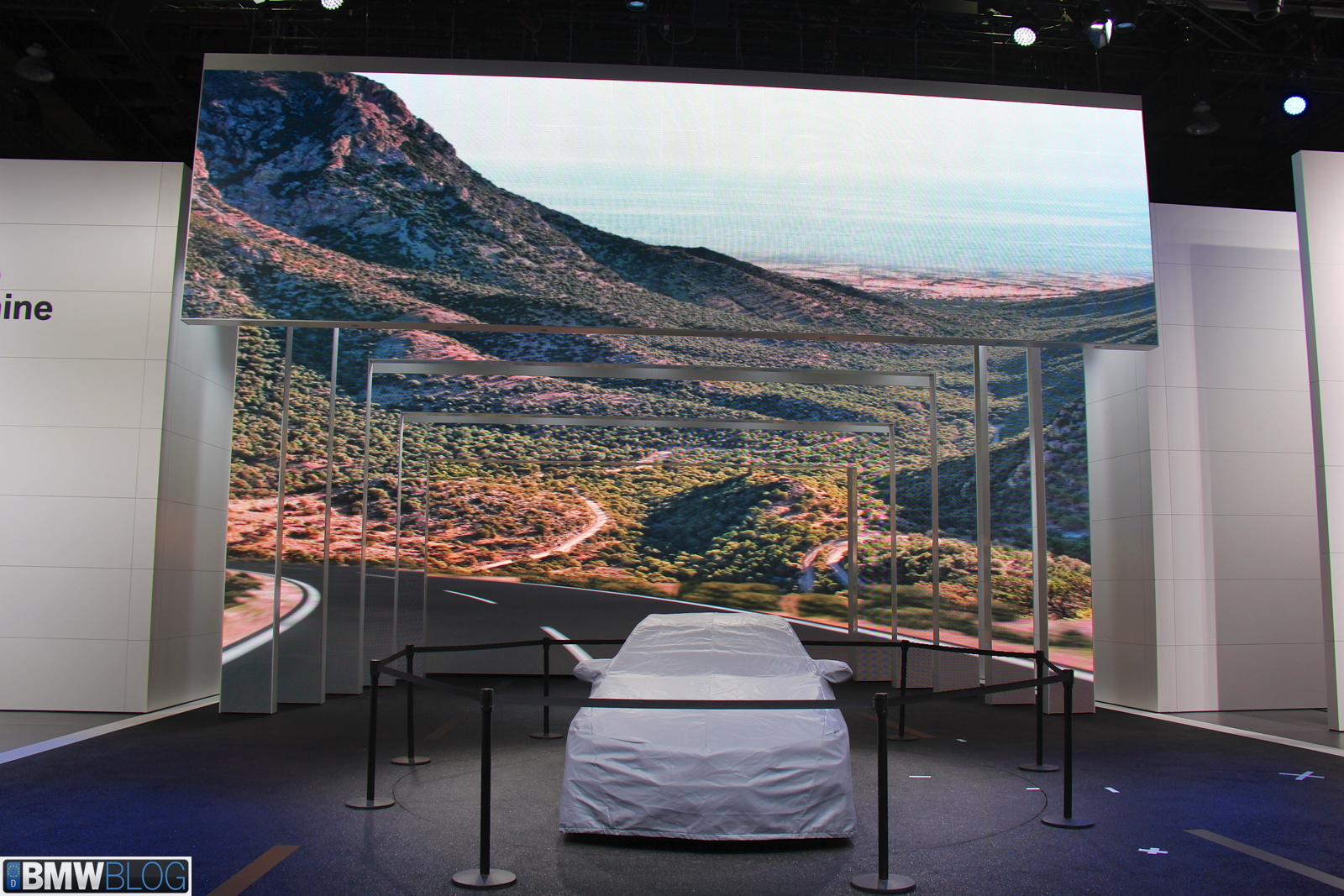 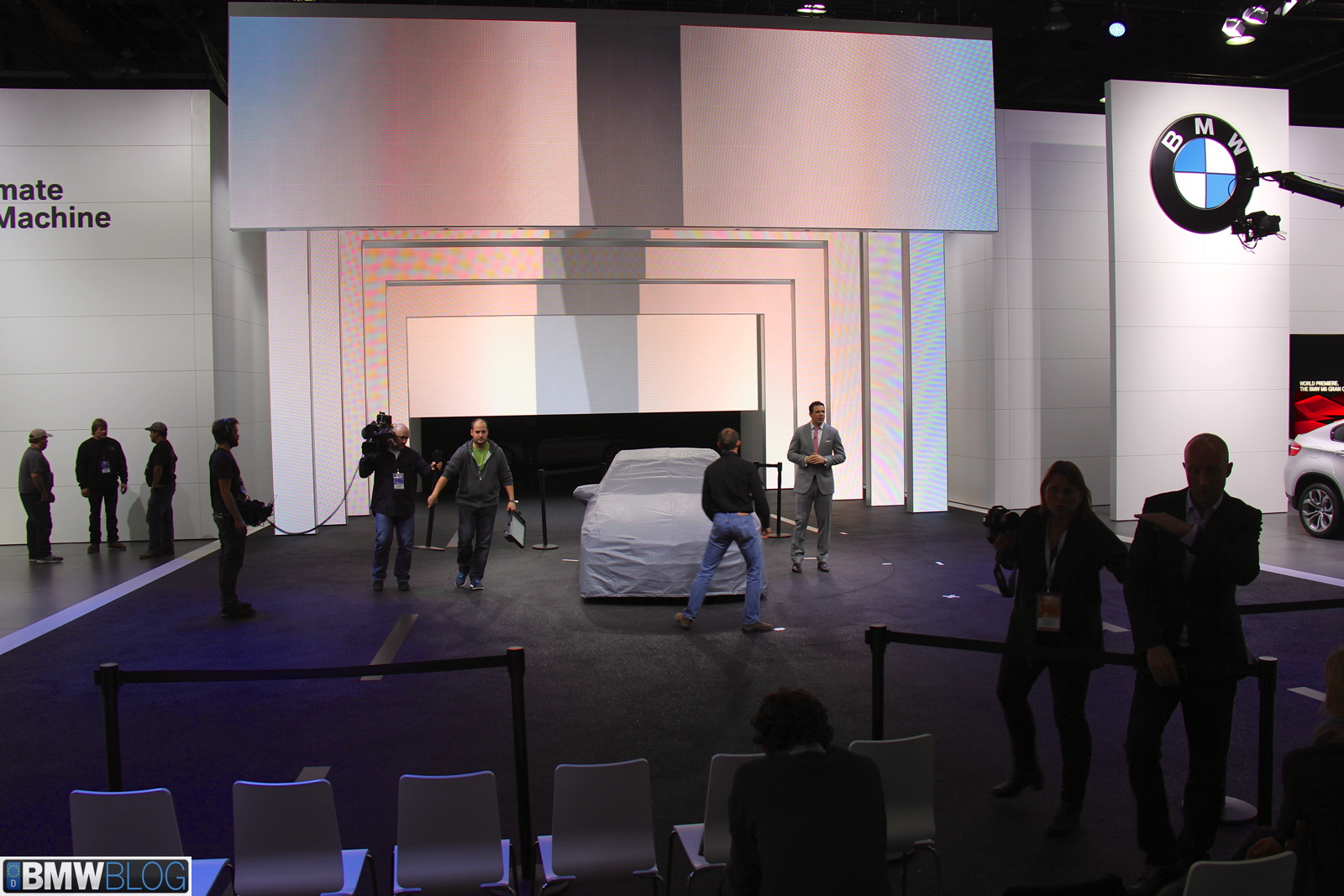 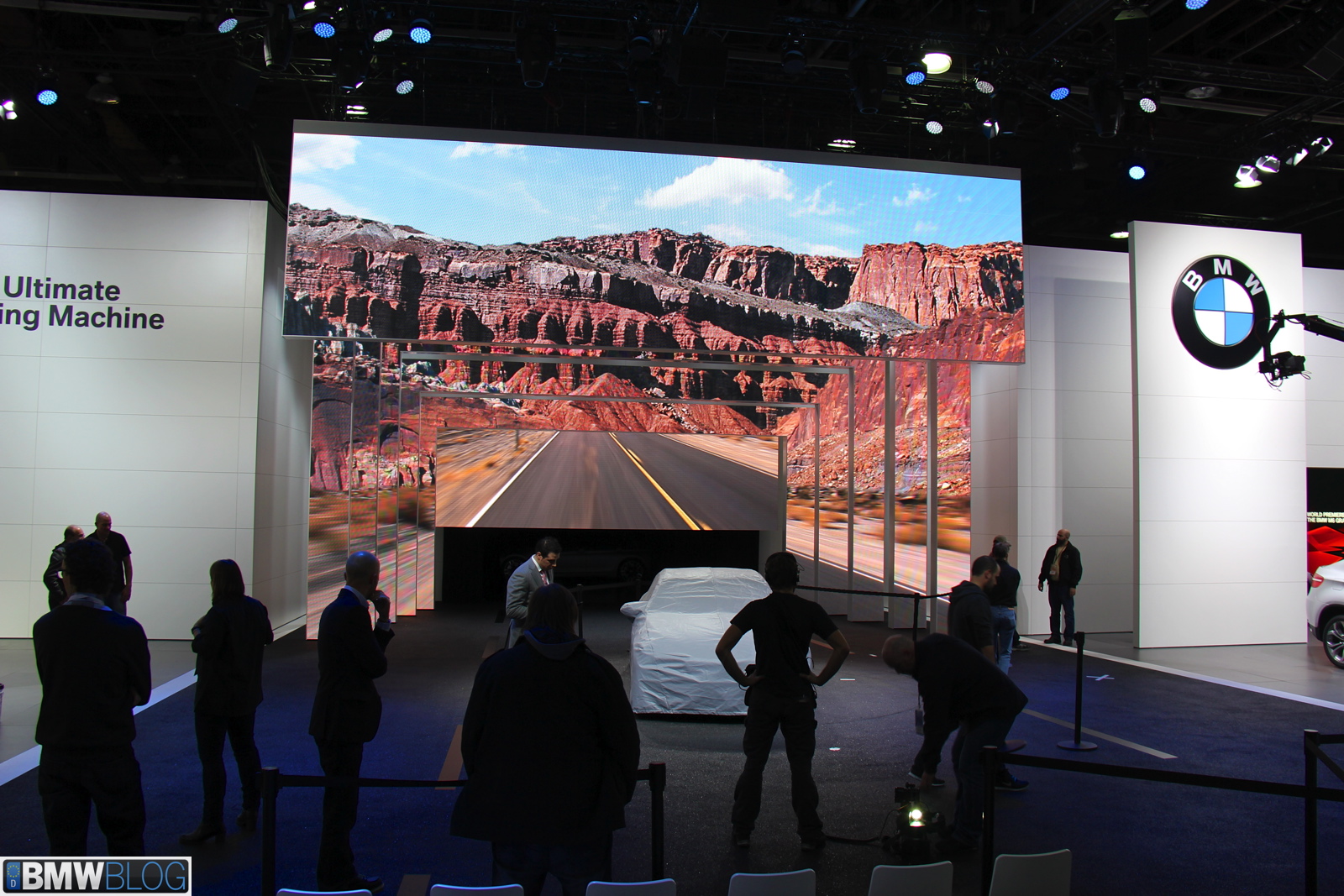 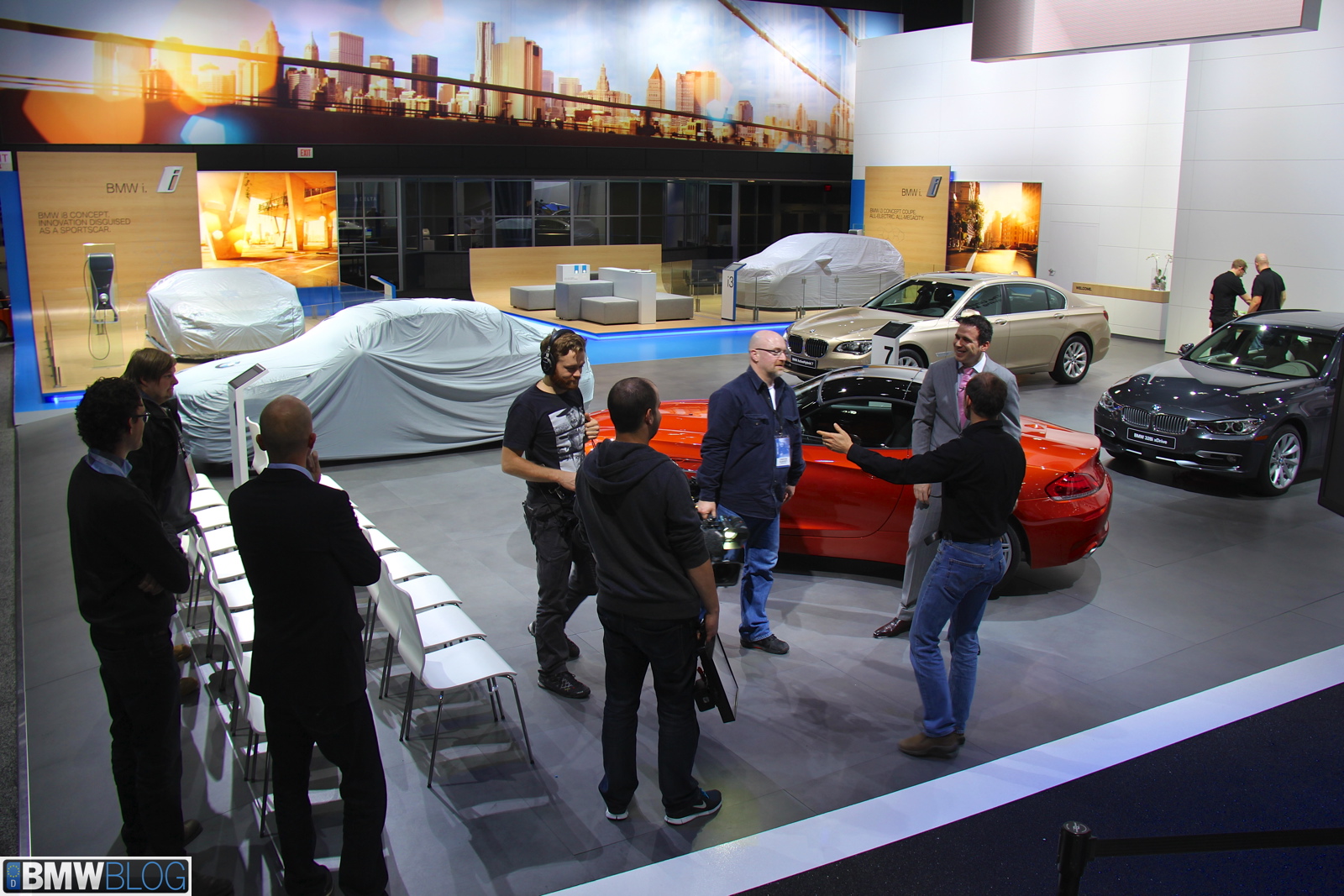 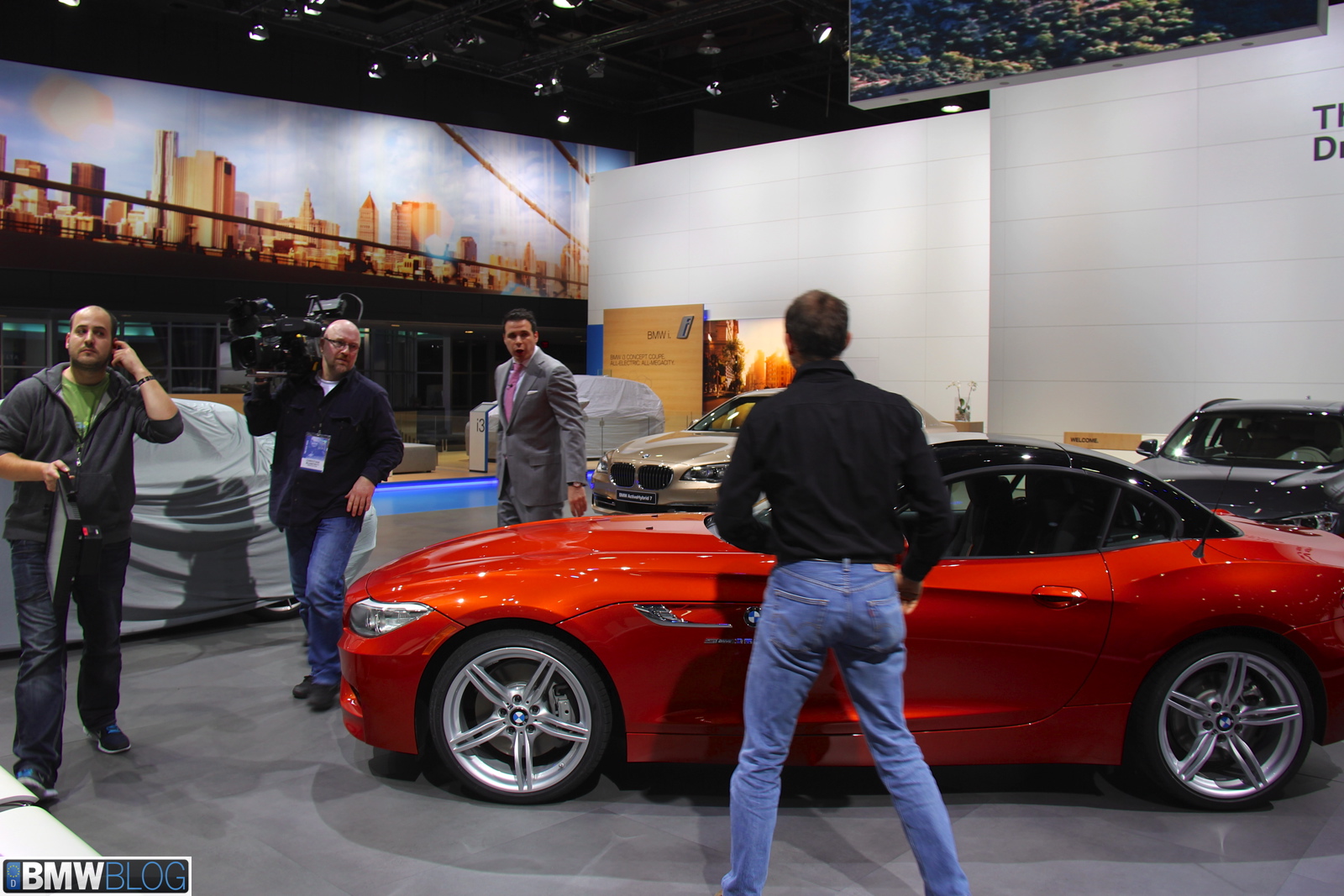 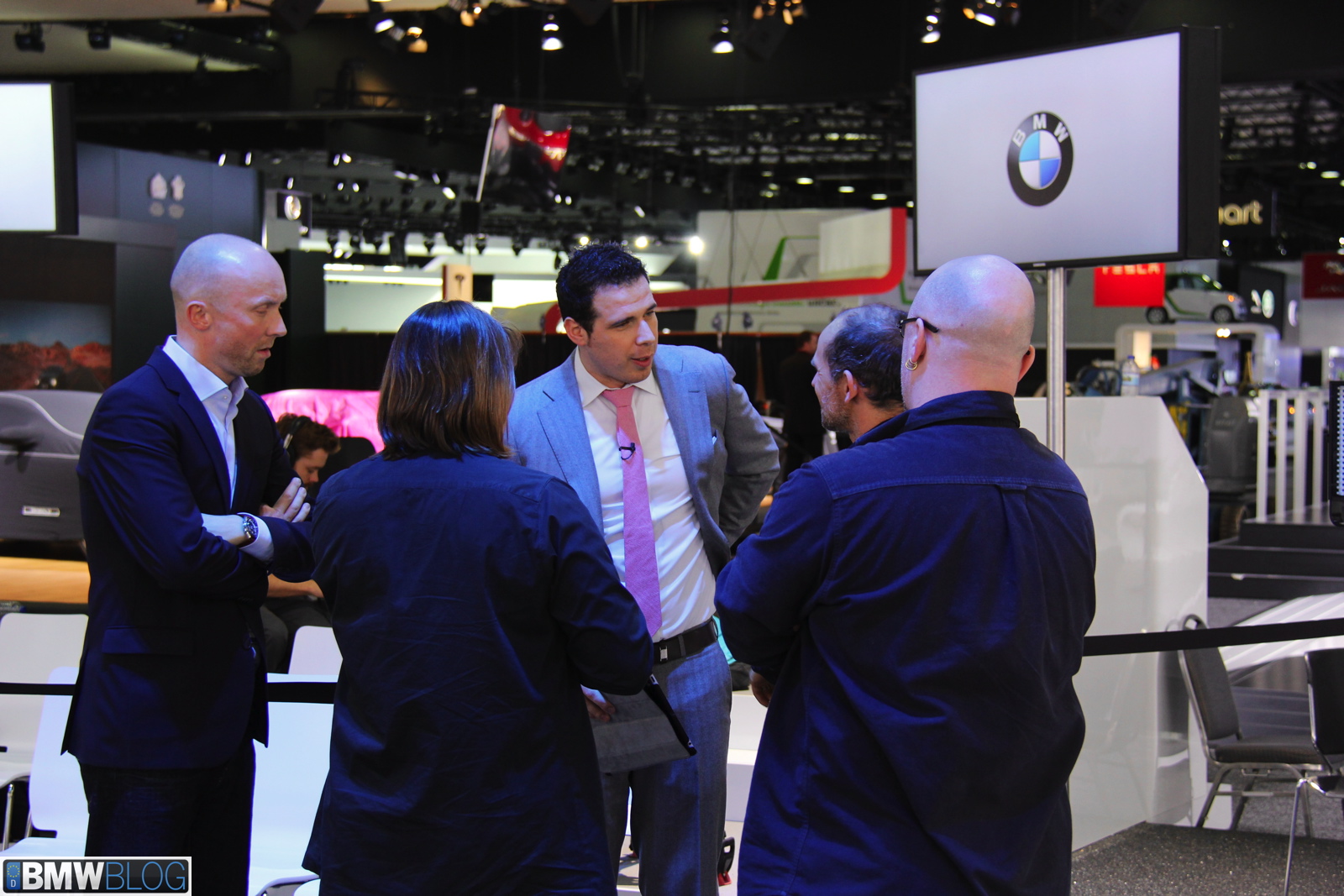 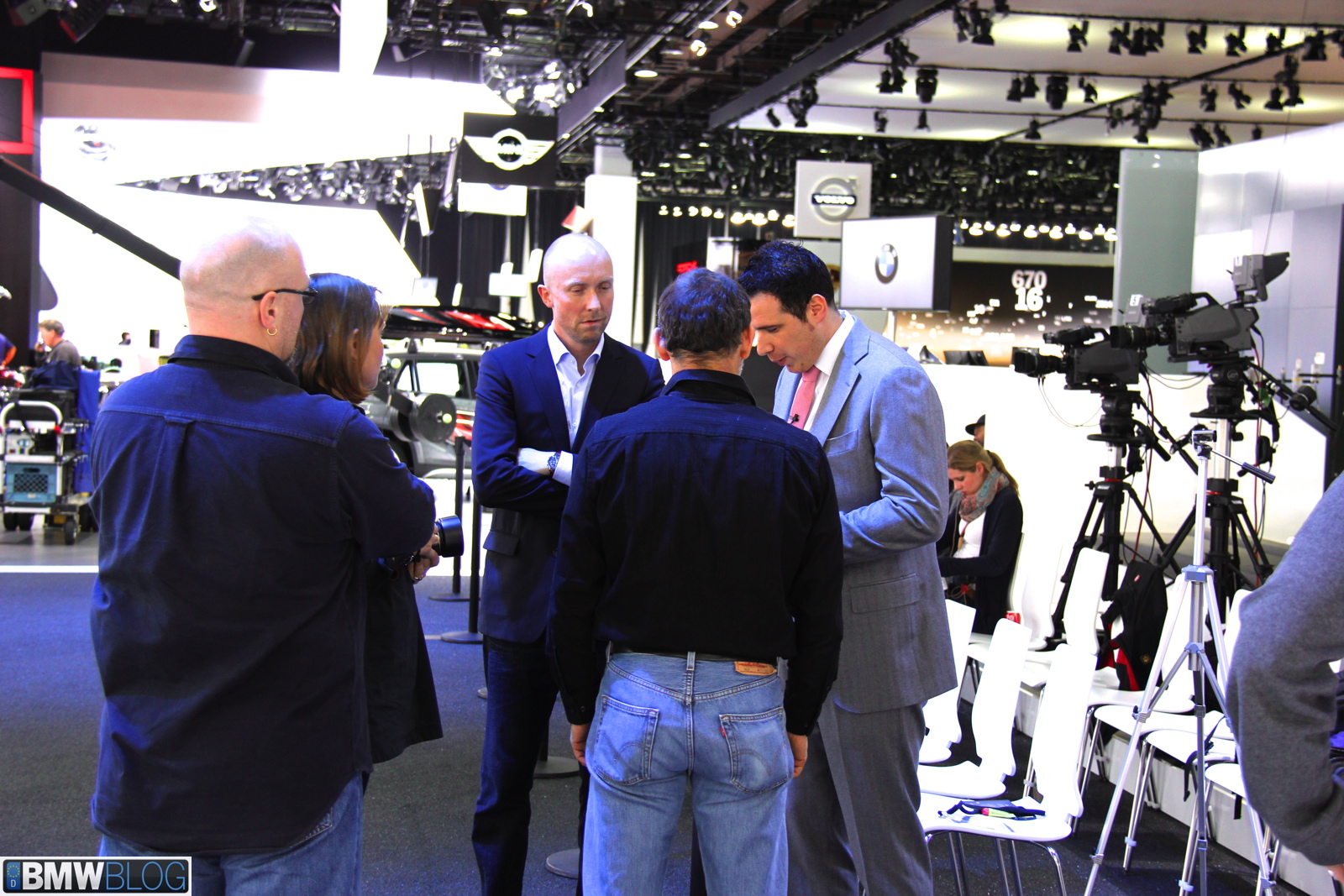 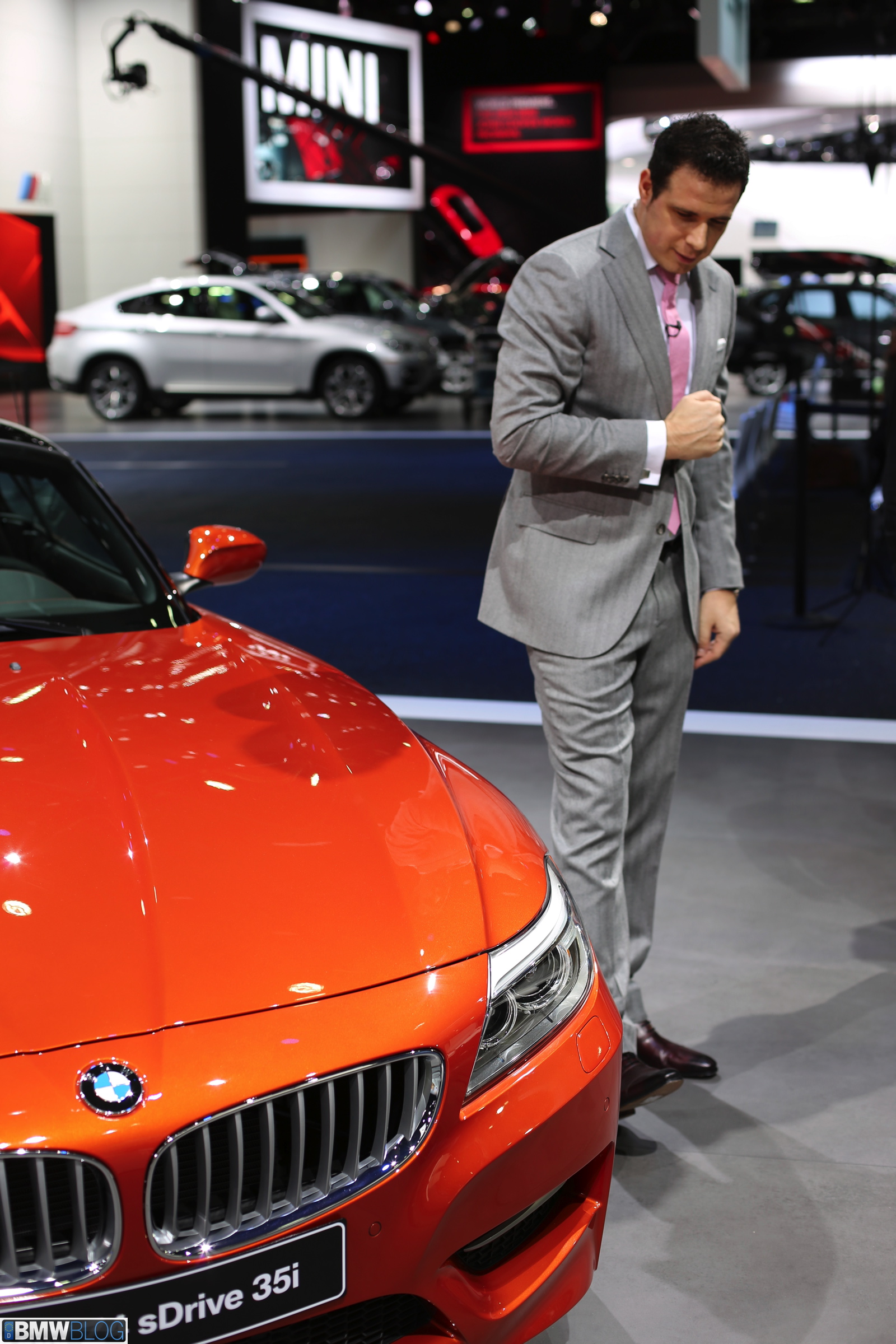