Ahead of its Detroit Auto Show debut, the 2014 Lexus IS 350 F Sport was released on the interwebs. The new compact luxury sports sedan shows a bold update that will compete against the BMW 335i M Sport and the similar offering from Mercedes.

At the front, the new IS stands out with its spindle grille which incorporates two extra openings on each side of the lower front fascia. The headlights haven’t gone through a major change and are not drastically different than the outgoing IS model. The side mirrors continue to be mounted on the body of the car.

Unlike the previous model, the 2014 IS has L-shaped LED daytime running lights that have an independent housing from the actual headlights.

To add more sportiness to its body, the Lexus designers gave the IS a swooping character line that starts on the lower body. At the rear, the taillights with L-shaped LEDs stretch from the rear of the car down toward the rear wheels.

Inside is where we believe the IS really shines. The 2014 Lexus IS appear to be influenced by the LFA supercar, including a more driver-focused seating position.

We’ll know a lot more about the IS next week in Detroit but for now, enjoy the photo comparison below, vote on the poll and share your opinions with us. 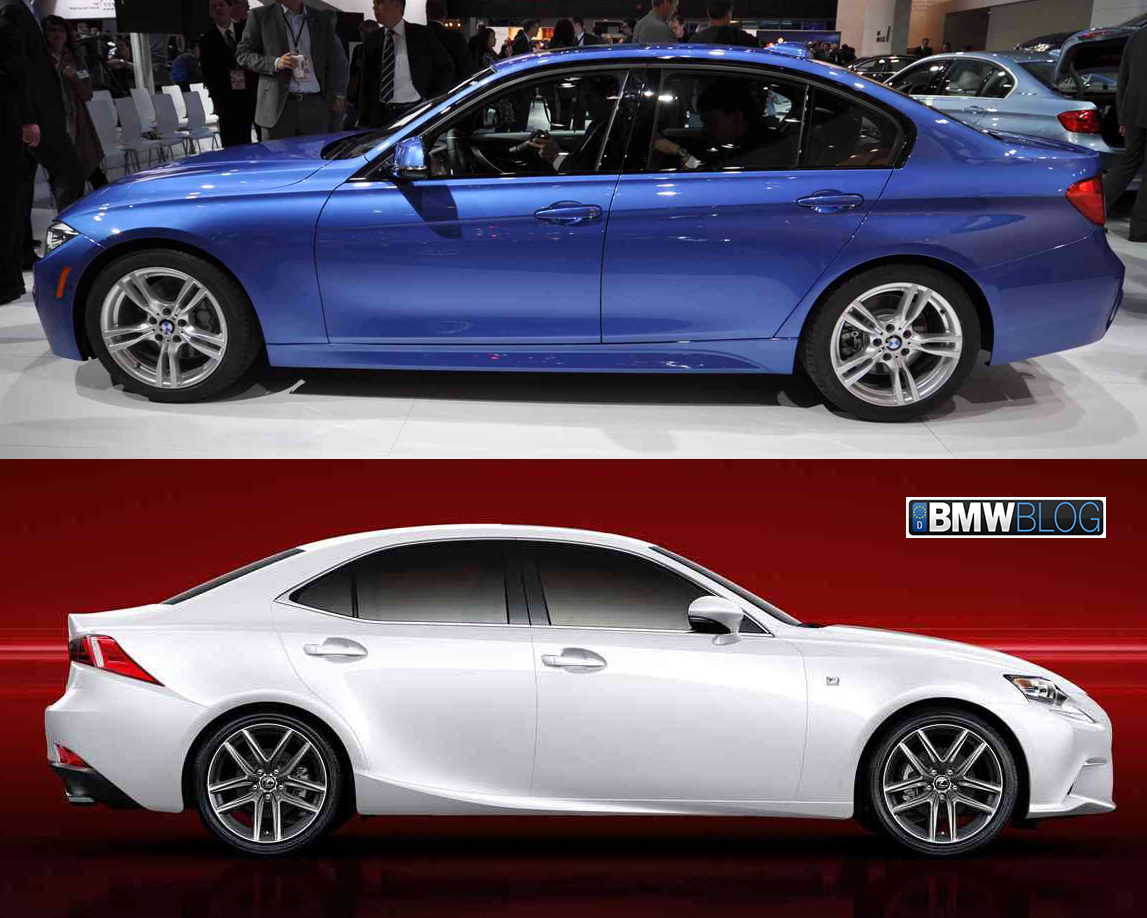