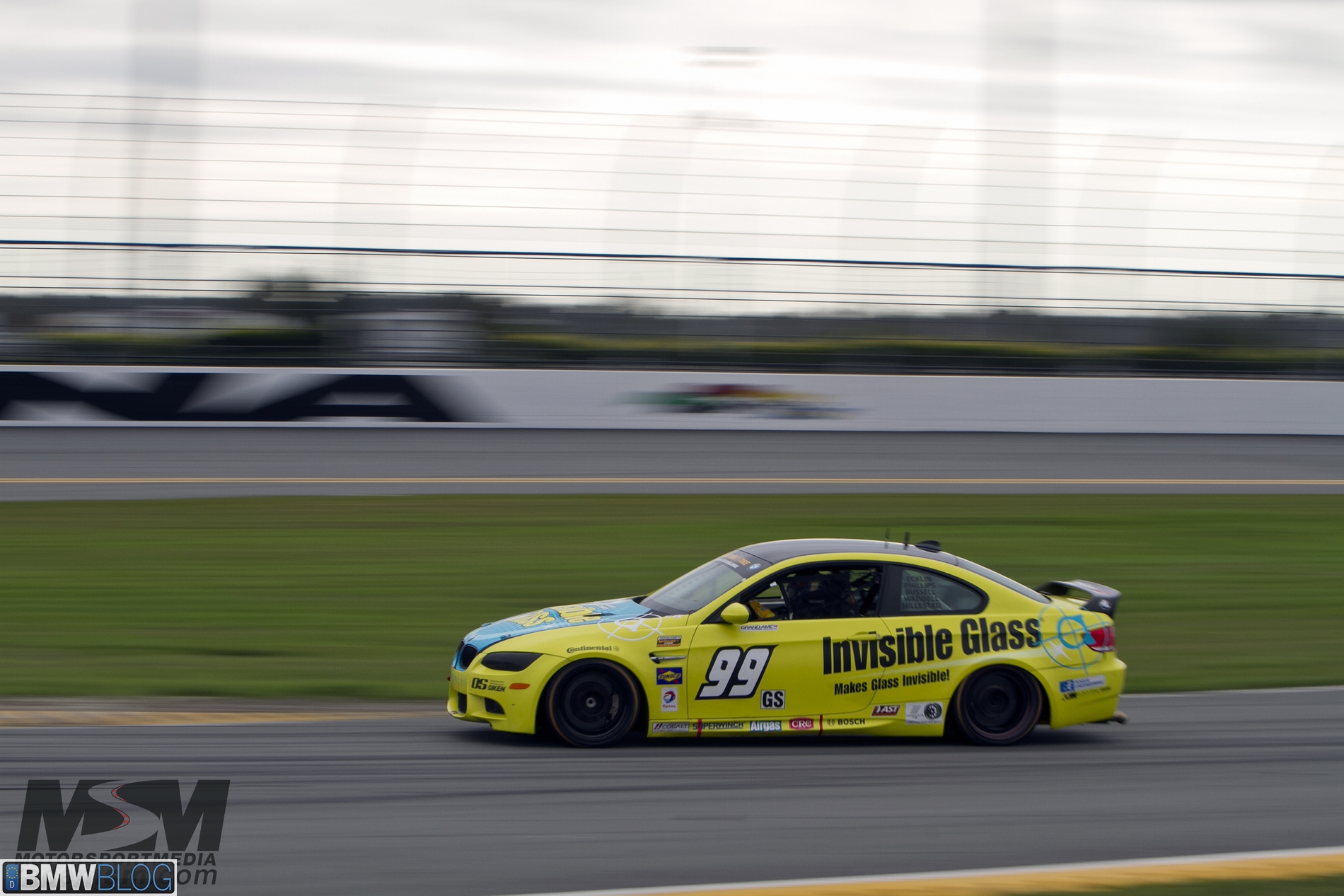 The Roar Before the Rolex 24 is a three-day test at Daytona International Speedway, designed to give teams the opportunity to prepare for the longest and most prestigious race on the GRAND-AM Rolex Sports Car Series schedule. The 2013 edition gave teams a spectrum of conditions traditionally expected in the event  including a day of rainy conditions, two days of sun and clouds and an evening night session  all of which might be anticipated when teams return to Daytona for the 51st running of the class on Jan. 26-27.

Michael Shank Racing matched their results from the 2012 Rolex 24 by placing first and third at the test. Michael Valiante posted the fastest lap of the Roar in Sundays final session in the teams No. 6 Ford/Riley, while AJ Allmendinger had the best lap in the defending winning No. 60 Ford/Riley. 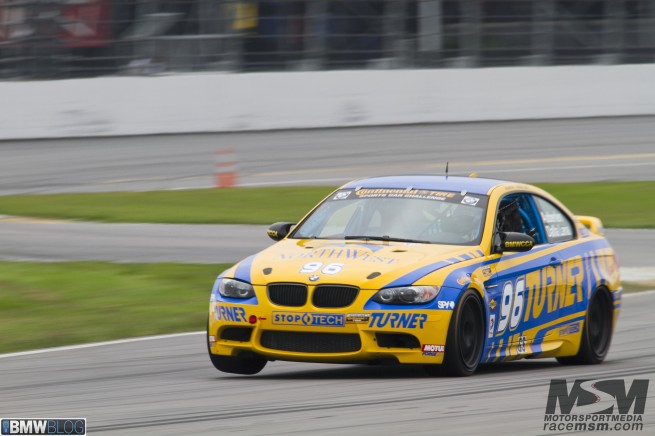 Coming in second was a new team to the DP ranks, with Dane Cameron running the best lap in the No. 42 Team Sahlens BMW/Riley in Saturdays testing.

GT saw an influx of Audi and Ferrari teams joining entries from Porsche, BMW, Camaro, Corvette, Mazda and Viper. Patrick Long, the 2009 Rolex 24 GT winner, led the class in the No. 73 Porsche GT3, which will debut under the Park Place Motorsports banner in 2013.

The Rolex 24 will also mark the debut of the GX class. Shane Lewis was fastest in the category, Napleton Racings Porsche Cayman. 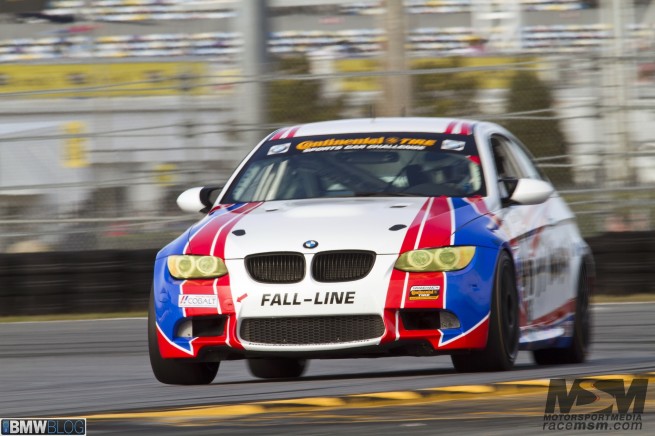 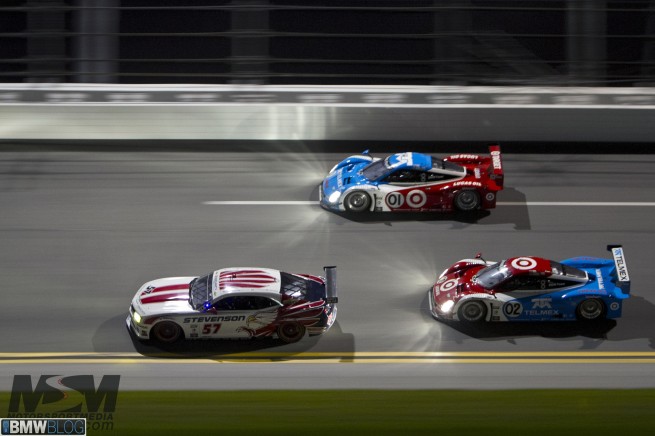 GRAND-AM Road Racing and the American Le Mans Series presented by Tequila Patrón announced the initial concept for the organizations unified competition class structure that will debut at the 52nd Rolex 24 At Daytona in 2014. GRAND-AMs Daytona Prototype will combine with the ALMS P2 category and the revolutionary Delta Wing. The ALMS Prototype Challenge (PC) for spec prototypes will continue as a separate class. Both of the organizations GT classes will continue as separate categories, with the ALMS GTC cars joining the GRAND-AM GTs. The possibility of the new Rolex Series GX class running as a fifth category is still being studied.

Roush Performance and Subaru Road Racing Team both brought two cars to the test, allowing both of their drivers to gain additional track time  with their four drivers placing in the top six in Fridays opening practice. Andrew Aquilante (No. 35) and Bret Spaude (No. 36) joined Kurt Rezzetano in the Subaru WRX-STIs. Billy Johnson (No. 61) and Jack Roush Jr. (No. 60) drove for Roush Performance. Johnson was in a brand-new car, while Roush piloted the car that won Daytona in 2012 but was badly damaged in a practice crash at Mazda Raceway Laguna Seca that left Roush with a broken wrist. The Roar was his first time back on track following surgery, with the driver saying he is fully recovered and ready to race.

The event was the first in GRAND-AM race control for Paul Walter, who was named the organizations race director on Thursday. Walter, who reports to GRAND-AM Managing Director of Competition Richard Buck, will also continue to serve as race director for the American Le Mans Series presented by Tequila Patrón, a position he has held since Jan. 2012. His dual roles will become one in 2014, when the recently merged organizations become a unified series aimed at redefining sports car racing in North America.

This test is always a challenge, because you have so many drivers here. I have a lot of time in these cars, so our teams focus was to get the drivers who do not have much time in prototypes cycled through the car. Its a brand-new car and we had no problems. Its a bonus to have the quickest car out there. I feel everyone hasnt shown everything theyve got at this point, but Im confident well be strong when we come back for the Rolex 24. Michael Valiante, No. 6 Michael Shank Racing Ford/Riley, fastest in Daytona Prototype practice.

This is my first time at Daytona. I got to drive in both cars  and they are very good. Im happy with the speed, but more important, the cars have good balance. Bruno Junqueira, No. 42 and 43 Team Sahlens BMW/Riley

What do you get for winning practice Some bragging rights, and some momentum for a new team in the championship. But we feel confident. People were saying, Whats Park Place Hopefully, this will bump them up on the Google search for sports car fans. They caught my eye last year  thats why I came knocking. Theyre a group of young, hungry, motivated guys. Patrick Long, No. 73 Park Place Motorsports Porsche GT3, fastest GT time in the test.

This car (using a Coyote chassis) is very different from the Corvette I drove last year (Dallara chassis). But Im very comfortable coming to this team. Theyre family based, and I have experienced teammates who are very helpful. The Corvettes are a little off the pace, but thats not much different from last year, when we struggled at the test. I think we should be fine when we go to the shorter tracks. Ricky Taylor, No. 90 Spirit of Daytona Corvette DP.

Last year I said the Rolex 24 had the strongest GT field in any series  ever. But this years field is just as strong as last year, with the addition of multiple new manufacturers that will be vying for the win. Audi and Ferrari are both going to be very strong, Porsche will be again be very strong, along with the usual contenders from BMW, Camaro and Corvette.  Andy Lally, Magnus Racing Porsche GT3

You never know what to expect at this race  whether it will be dry or wet  or both. Theres nothing like getting back in the car and back out driving at Daytona. Not only for me personally, but for the entire Ganassi organization. We were waiting and ready to get back out  rain or shine. Scott Pruett, No. 01 TELMEX BMW/Riley, who was first driver out at 9:10 a.m. for the start of Fridays opening practice despite a light rainfall and a wet track.

I wish it was three months to go for the race, but were here and dealing with it. We had some bad luck with our first engine, but the second one is fine. We have some new car stuff here and there, but the chassis is fine. Weve got only minutes with this car  literally  and we still have a lot of learning to do. Sylvain Tremblay, No. 70 Mazdaspeed/SpeedSource MAZDA6

Im loving this. I was a little concerned with the traffic, but Im dealing with it. Daytona is very challenging and fun to drive. This is my first time here. My son (Madison) tested here last year, but this is the first time here for Snow Racing. Wright Motorsports has done an amazing job setting the car up. Ive raced at other tracks that included ovals, but this is the famous one  Daytona is an amazing place. Melanie Snow, No. 62 Snow Racing/Wright Motorsports Porsche GT3

This is an amazing opportunity to come out here. Daytona is totally different from what I expected. The banking is unreal. The car is very powerful and heavier that what Im used to. I did OK on Friday in the wet, but I was two seconds off my first time out in dry conditions, so I have to work on that. Lawrence Davey, No. 6 Mitchum Motorsports Chevrolet Camaro, Sunoco GRAND-AM 200 Challenge winner