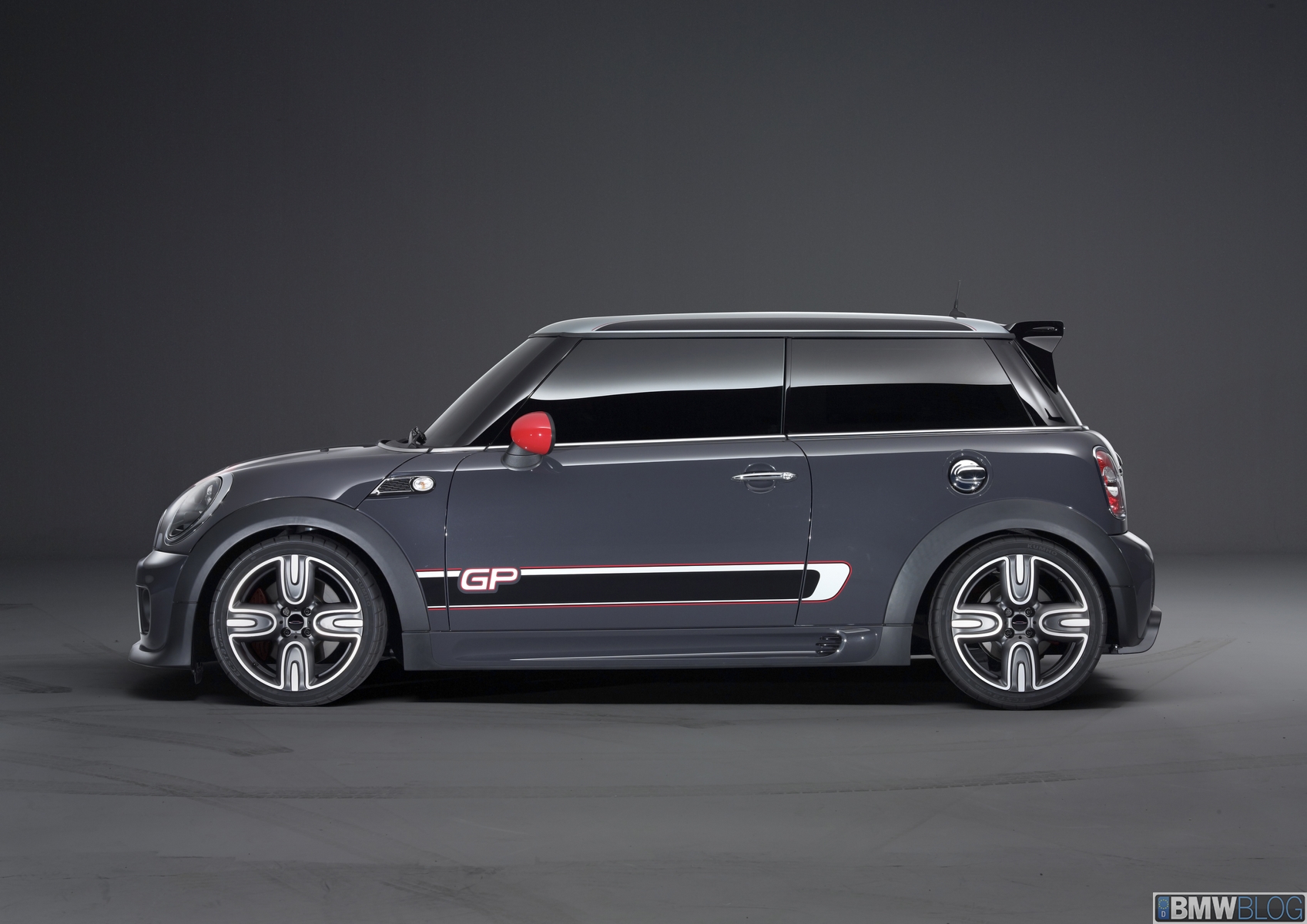 Only once has there been anything like it, but even that wasn’t as quick. With the MINI John Cooper Works GP, the British premium brand has come up with another car of exceptional talent designed to deliver extreme performance on both the race track and the road. The sportiest road-registered MINI ever made will go on sale later this year in a limited run of 2,000 cars. It is currently completing a programme of testing in preparation for series production, part of which has involved setting an impressive fastest lap of the Nürburgring’s Nordschleife circuit. The MINI John Cooper Works GP lapped the erstwhile Grand Prix course in 8 min. 23 sec. In so doing, the new model has put clear asphalt between itself and numerous sports cars from loftier perches – and beaten the lap time set by its predecessor, the MINI Cooper S with John Cooper Works GP Kit, by almost 19 seconds. 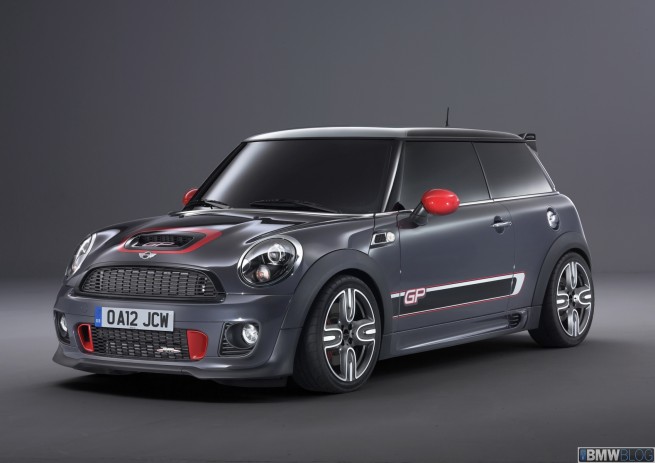 As well as being undeniably imposing visually, the design of the body also gives the MINI John Cooper Works GP ideal aerodynamic balance in extreme driving situations – a key element in delivering that handling flair. Large front and rear aprons, striking side skirts and a bespoke roof spoiler are complemented by a newly developed rear diffuser which optimises airflow around the underbody. The interior of the MINI John Cooper Works GP also contributes to the car’s inspirational racing feeling; with the rear seats removed, it focuses unashamedly on the needs of the driver and co-driver.

Concentrated motor sport expertise – faithfully embodied at MINI by its John Cooper Works sub-brand – is the not-so-secret ingredient in the MINI John Cooper Works GP recipe. The “GP” tag on the model title tells you exactly where the extreme sports edition of the compact MINI most tellingly reveals its potential. The GP’s chassis configuration, the effectiveness of its race-spec braking system, the grip offered by its likewise bespoke racing tyres, and its aerodynamic properties have been honed into a high-performance whole on the Nürburgring’s Nordschleife circuit, erstwhile venue for Formula One races and lauded as the world’s most challenging race track. The noteworthy lap time set by the MINI John Cooper Works GP is the product of this extensive testing programme. 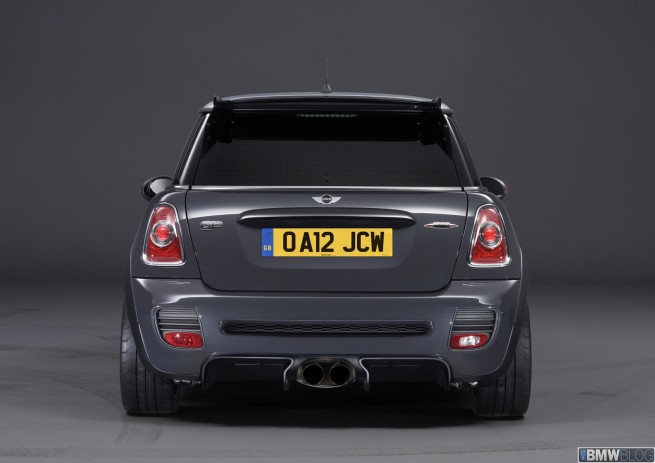 The unadulterated transfer of motor sport expertise into the everyday driving environment has history at MINI; it was this approach that made the MINI Cooper S with John Cooper Works GP Kit the epitome of extreme driving fun in a small car when it was unveiled in 2006. Specific output of 100 kW/136 hp per litre of displacement and similarly impressive reserves of racing technology have secured its status as a sought-after collector’s item today.

The MINI John Cooper Works GP follows eagerly in the tyre tracks of its predecessor – and with an even greater spring in its step. It will be in similarly short supply; the world will have to make do with just 2,000 examples. Hosting the preview of the new model is another grand prix race track with history etched into every corner. The MINI John Cooper Works GP will be unveiled publicly for the first time at Le Castellet in France, venue for the MINI United festival on 11 – 13 May 2012. 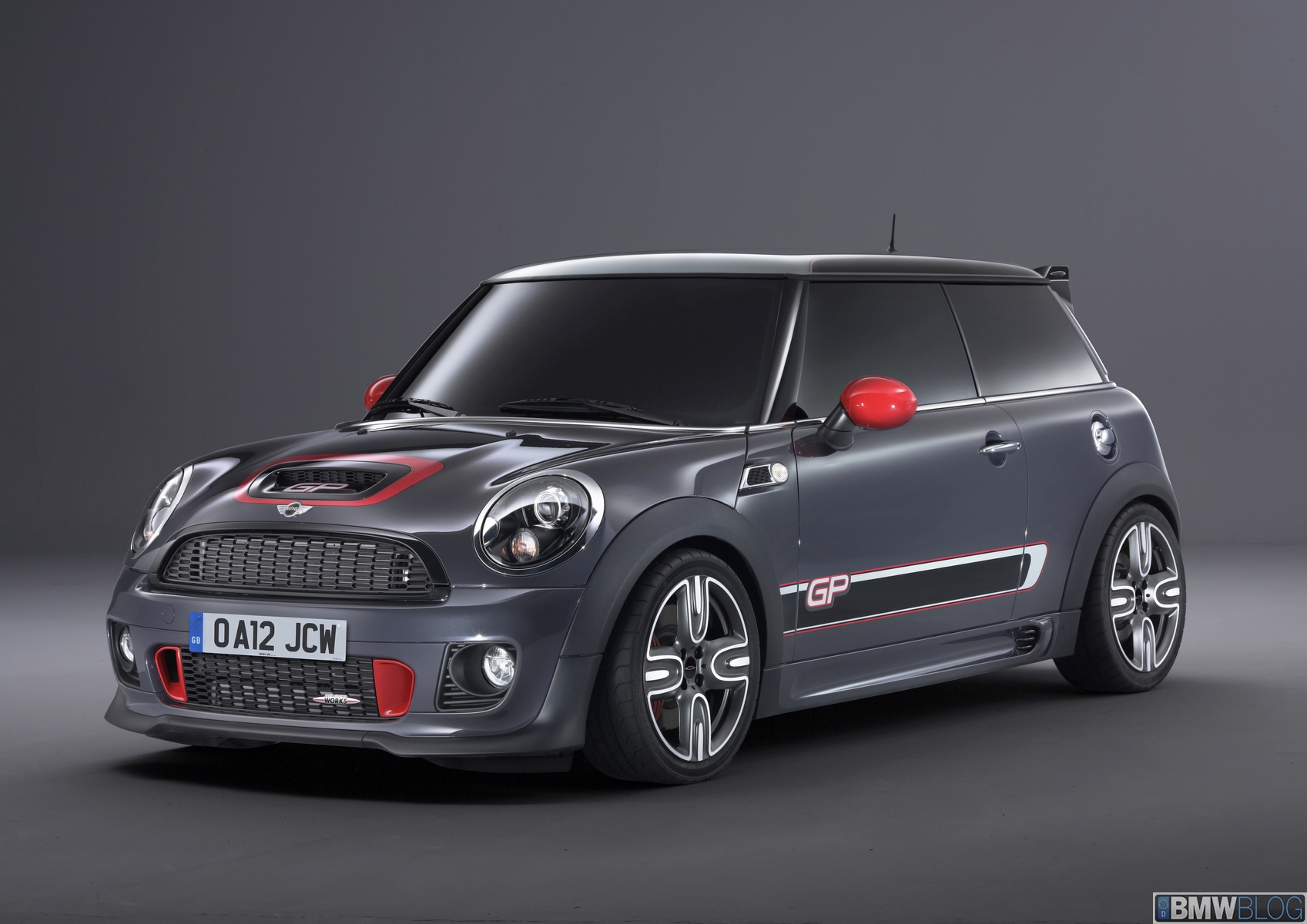 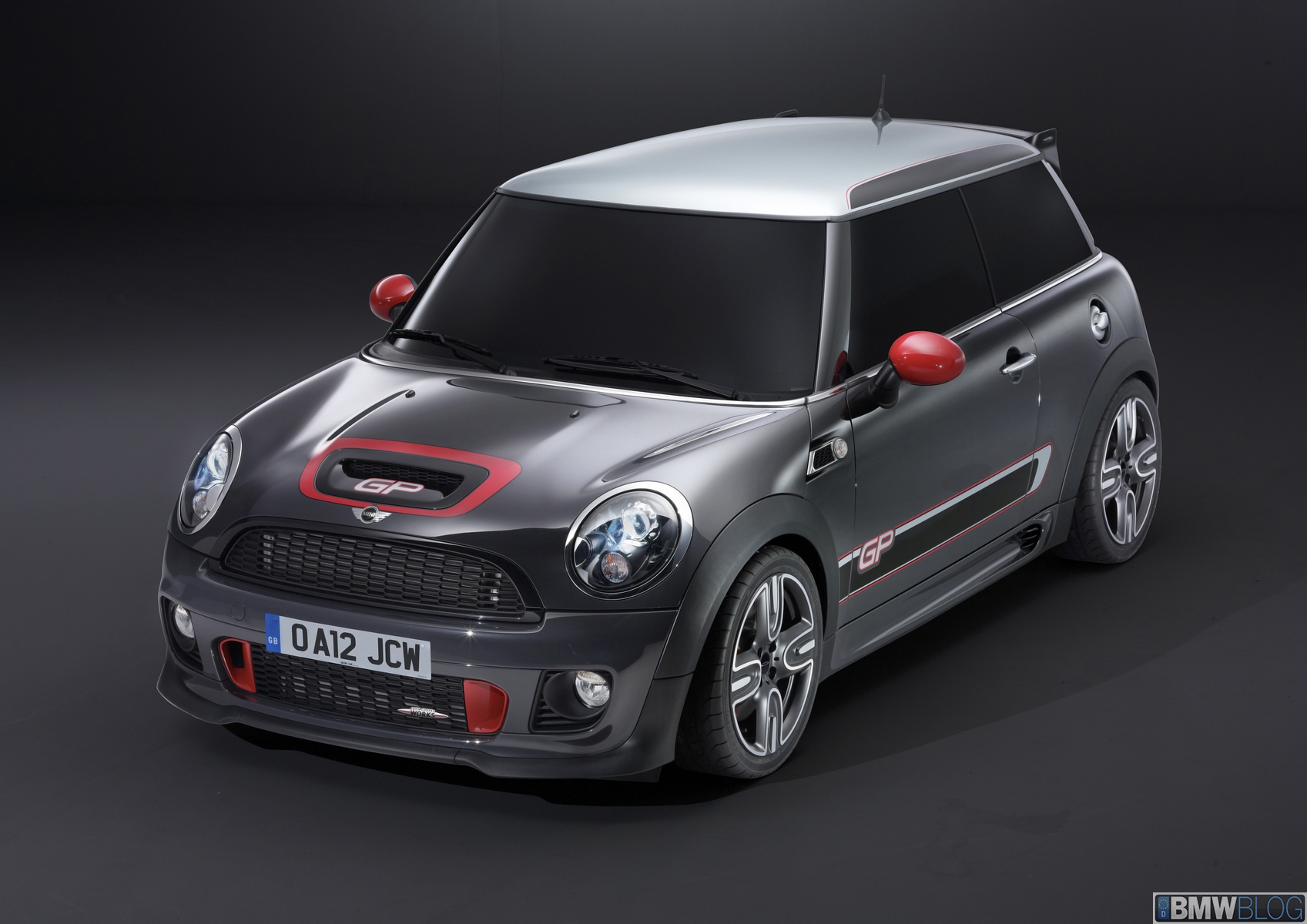 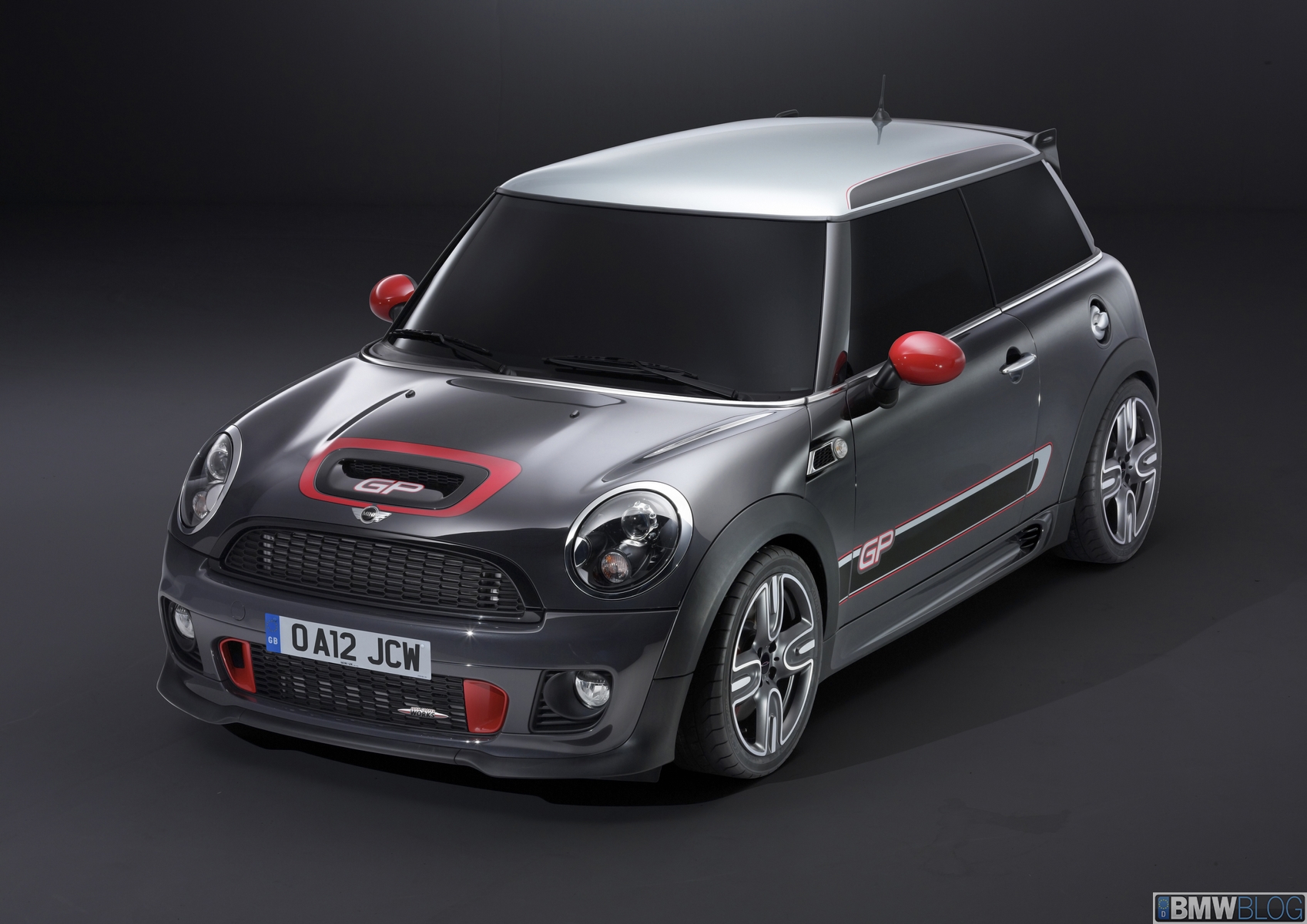 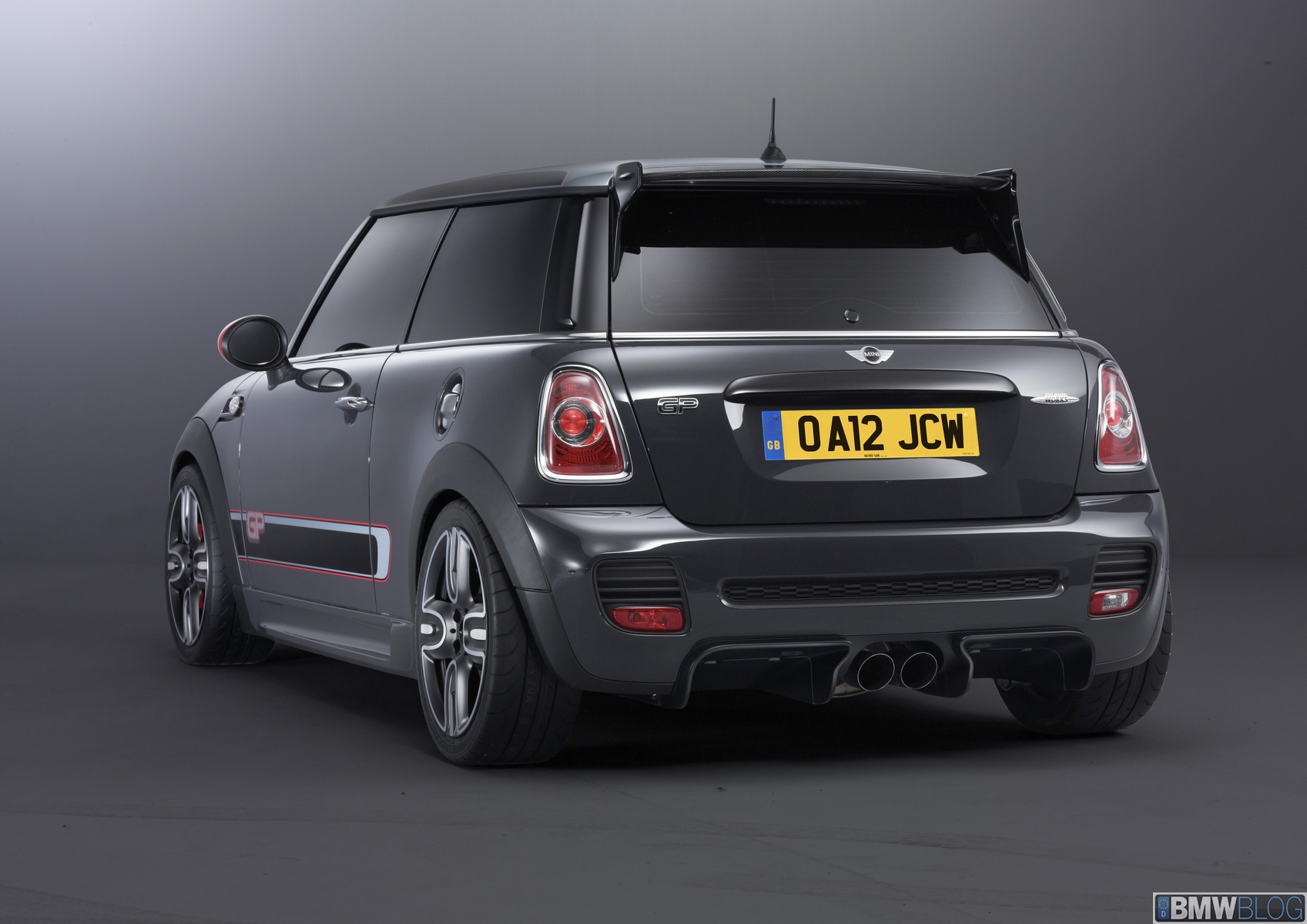 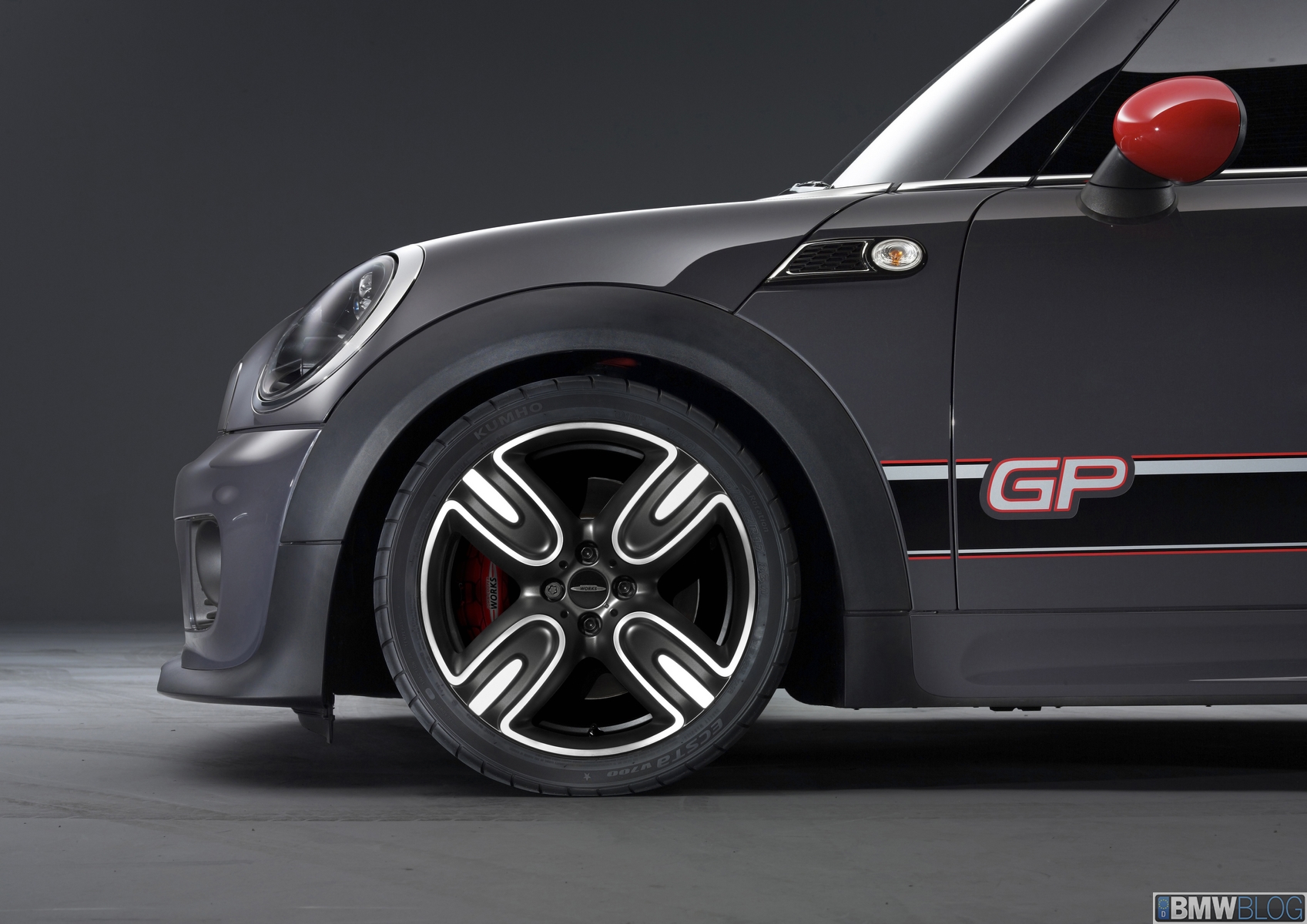 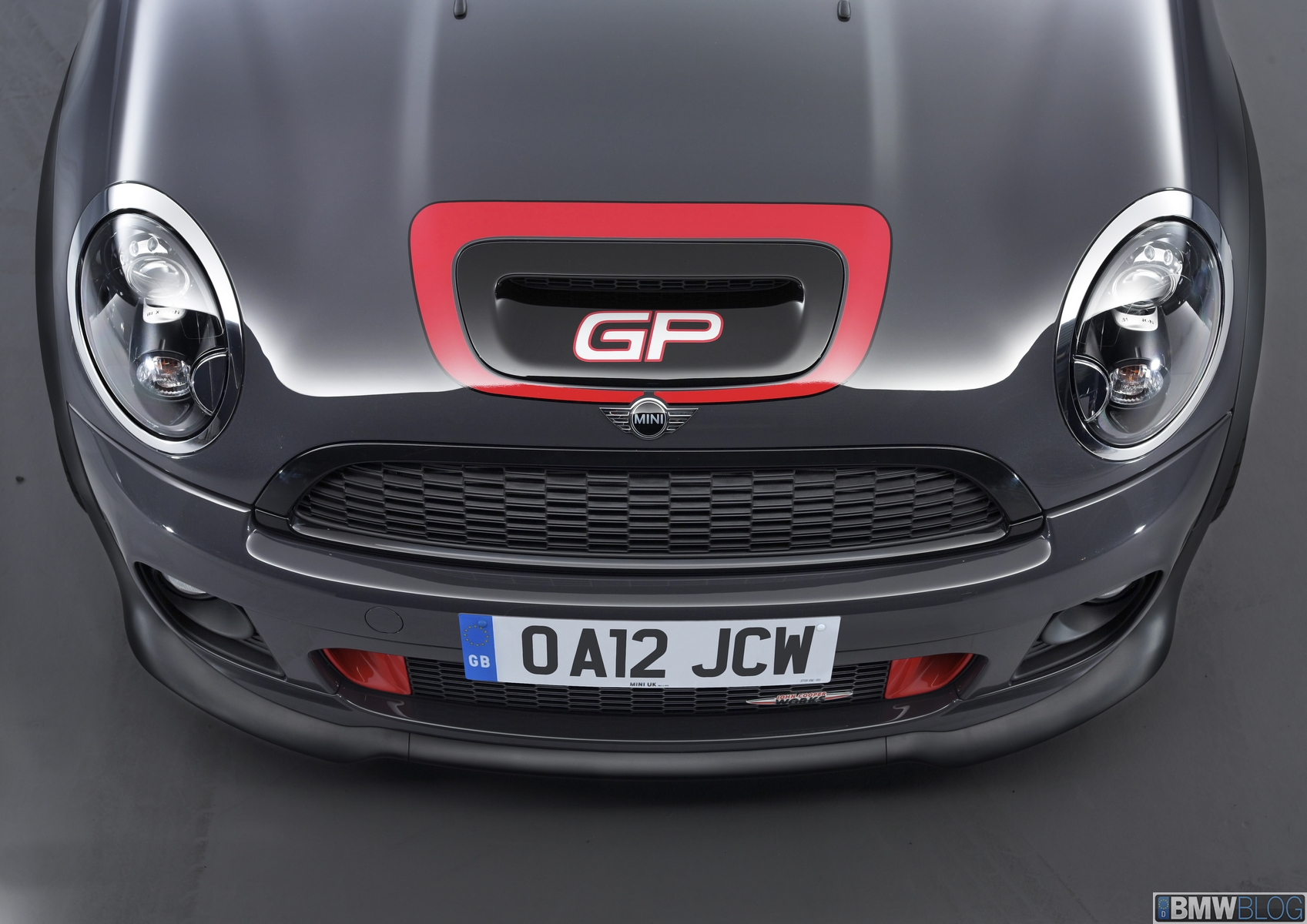 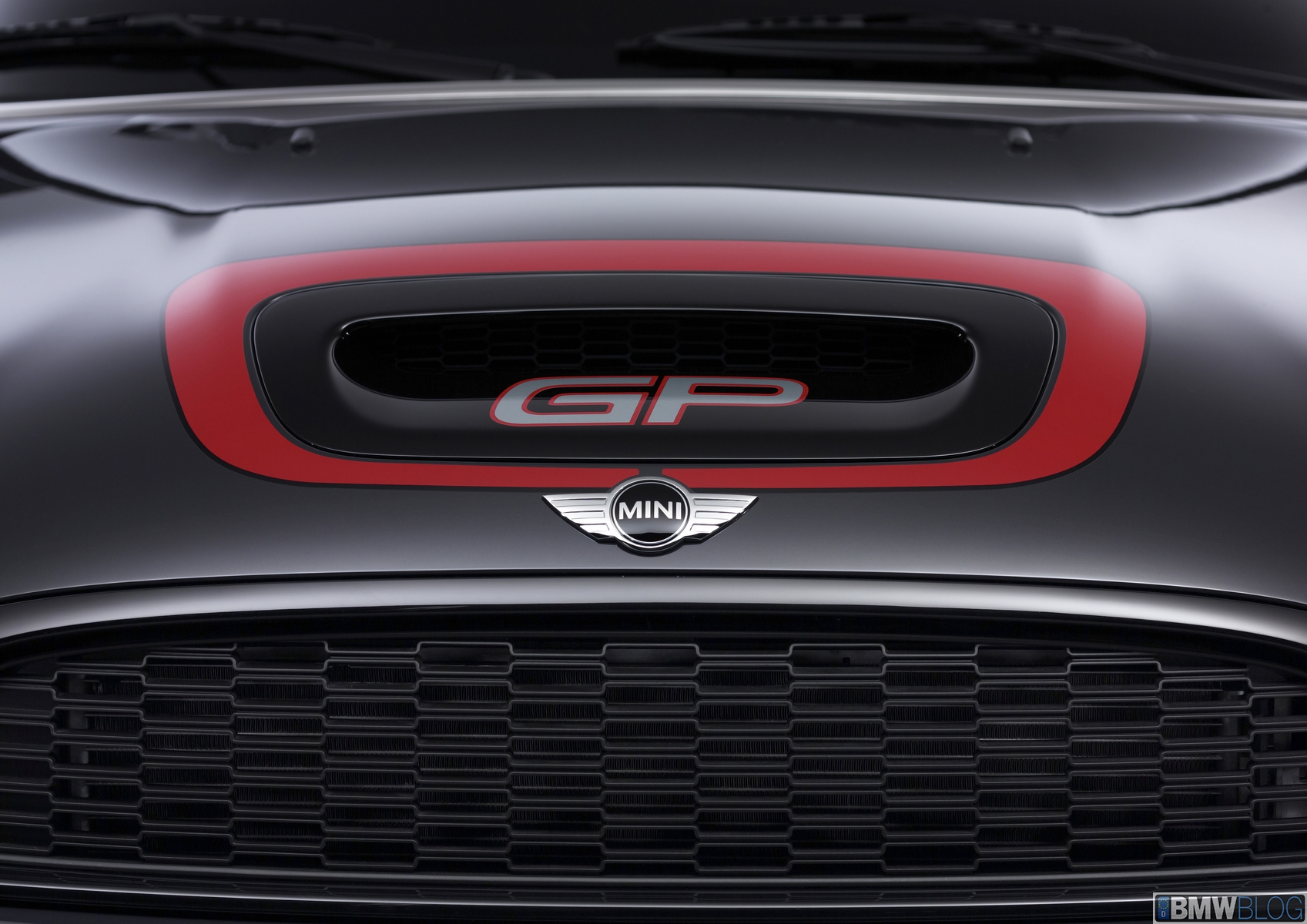 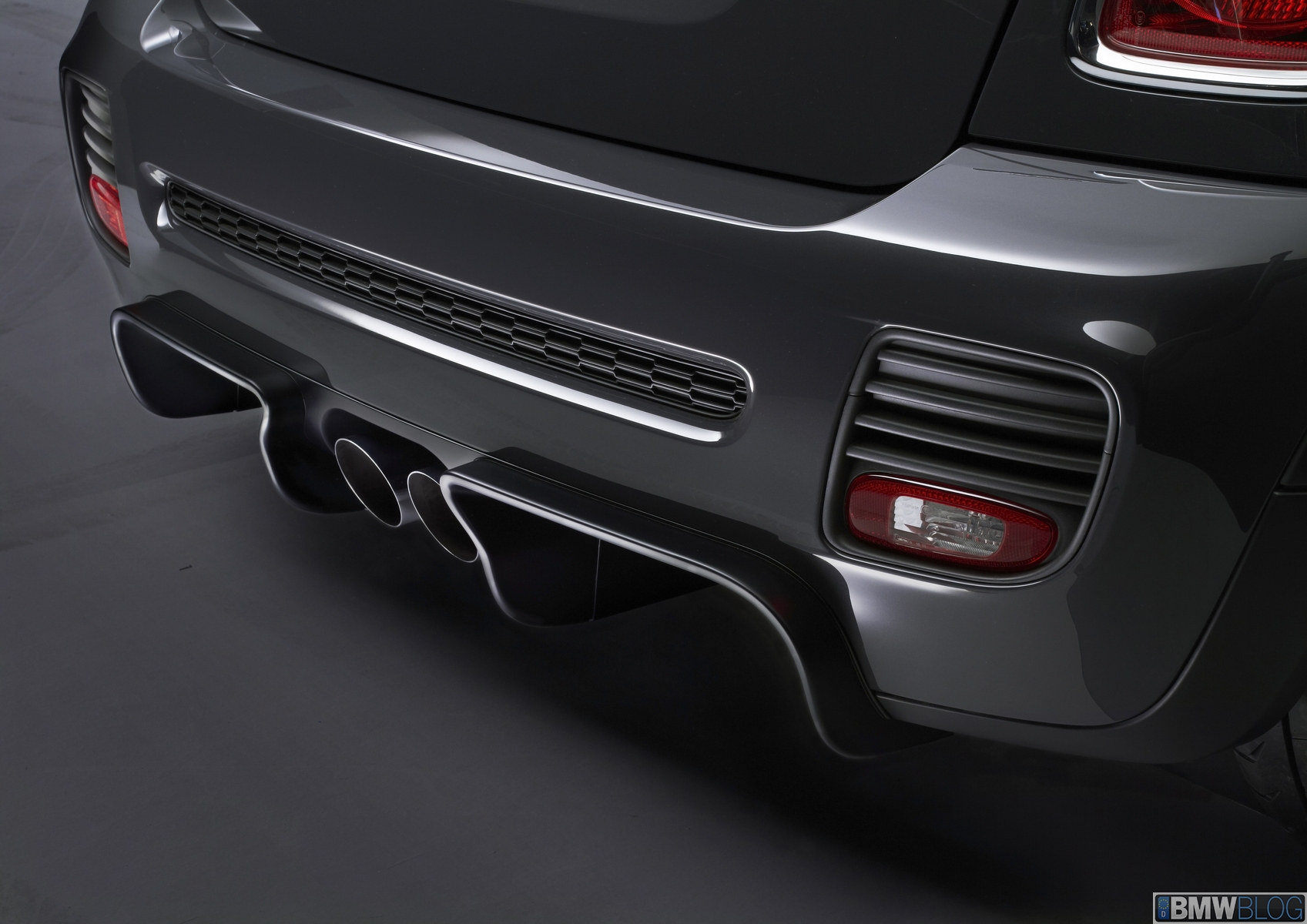 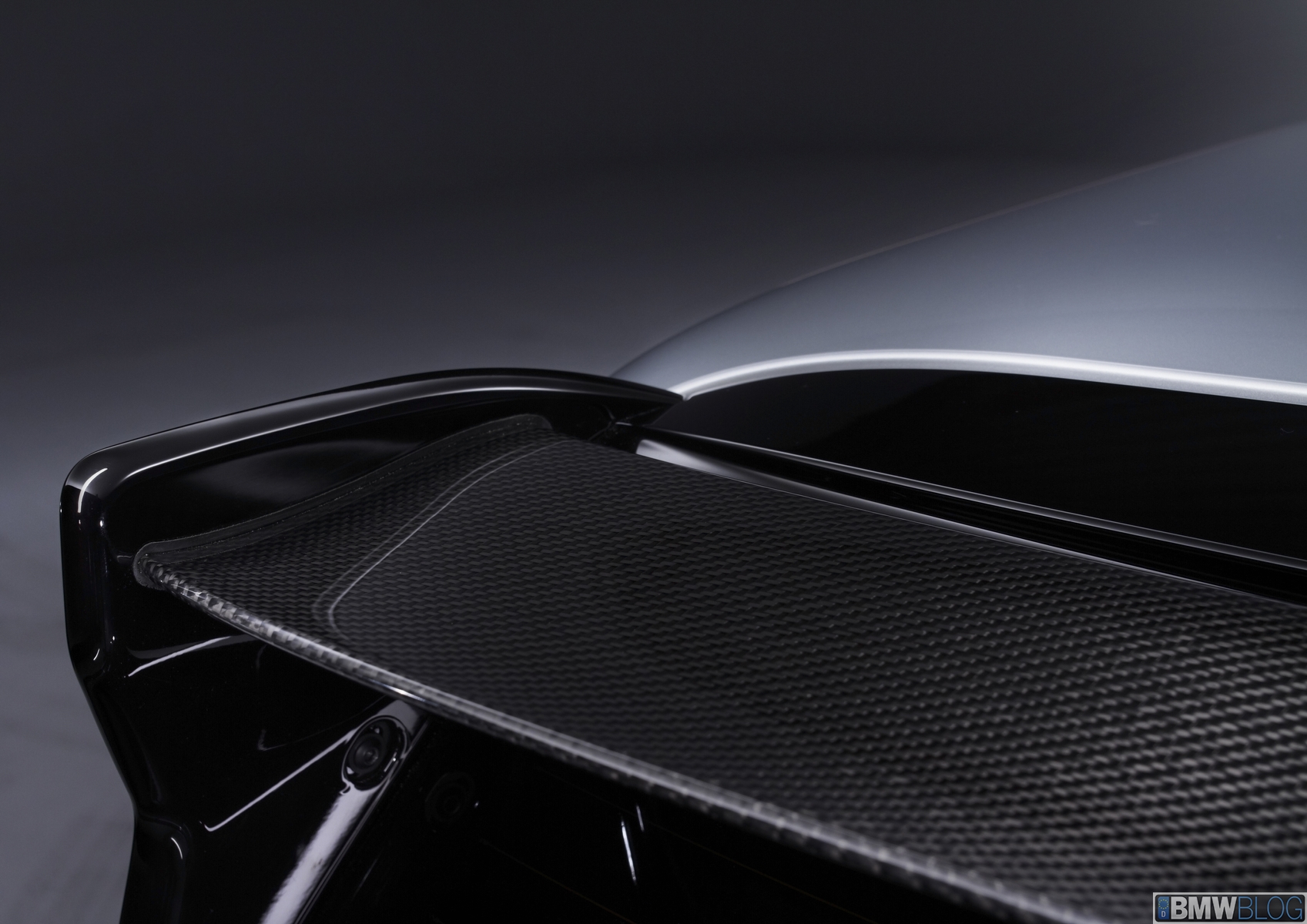 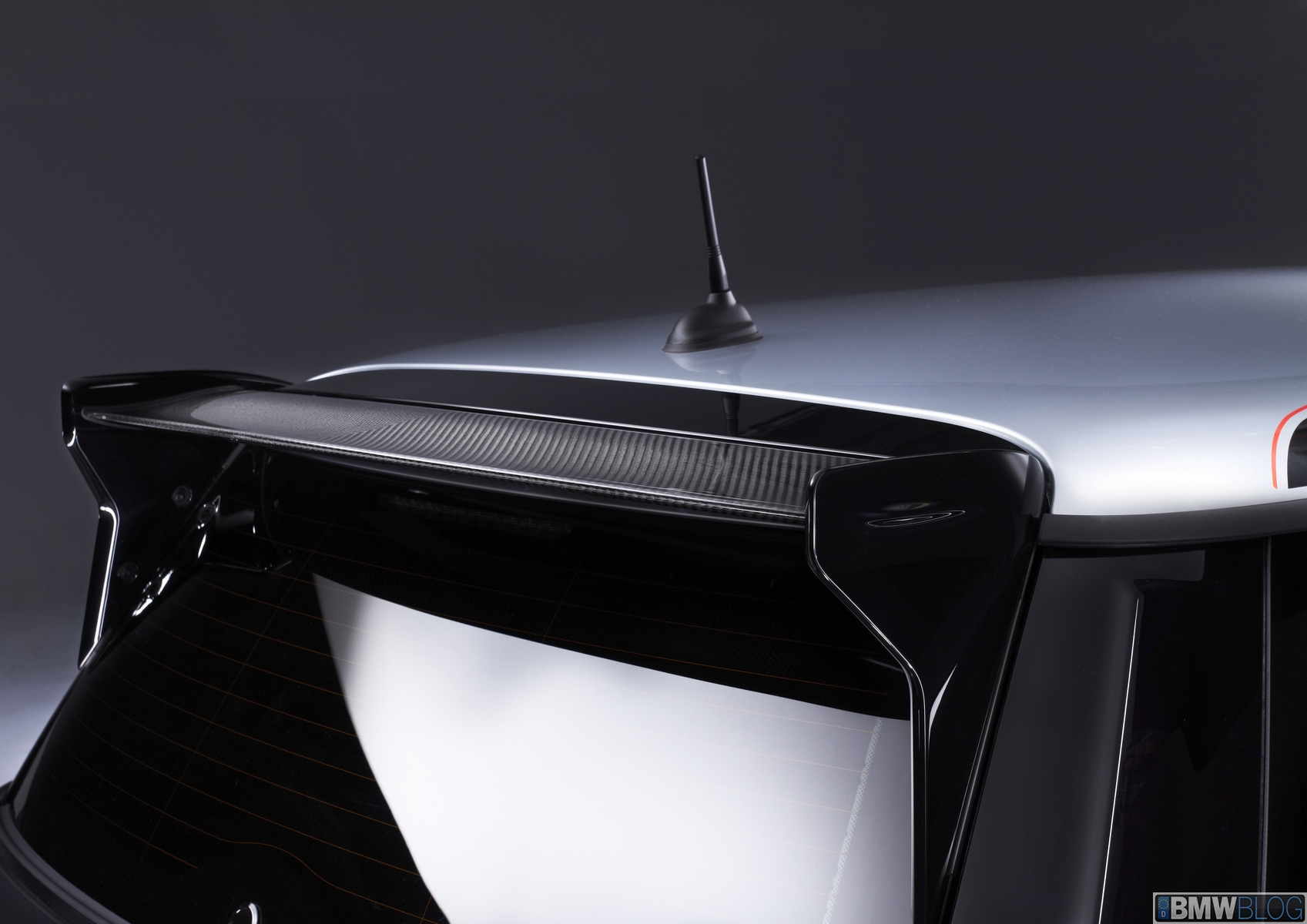 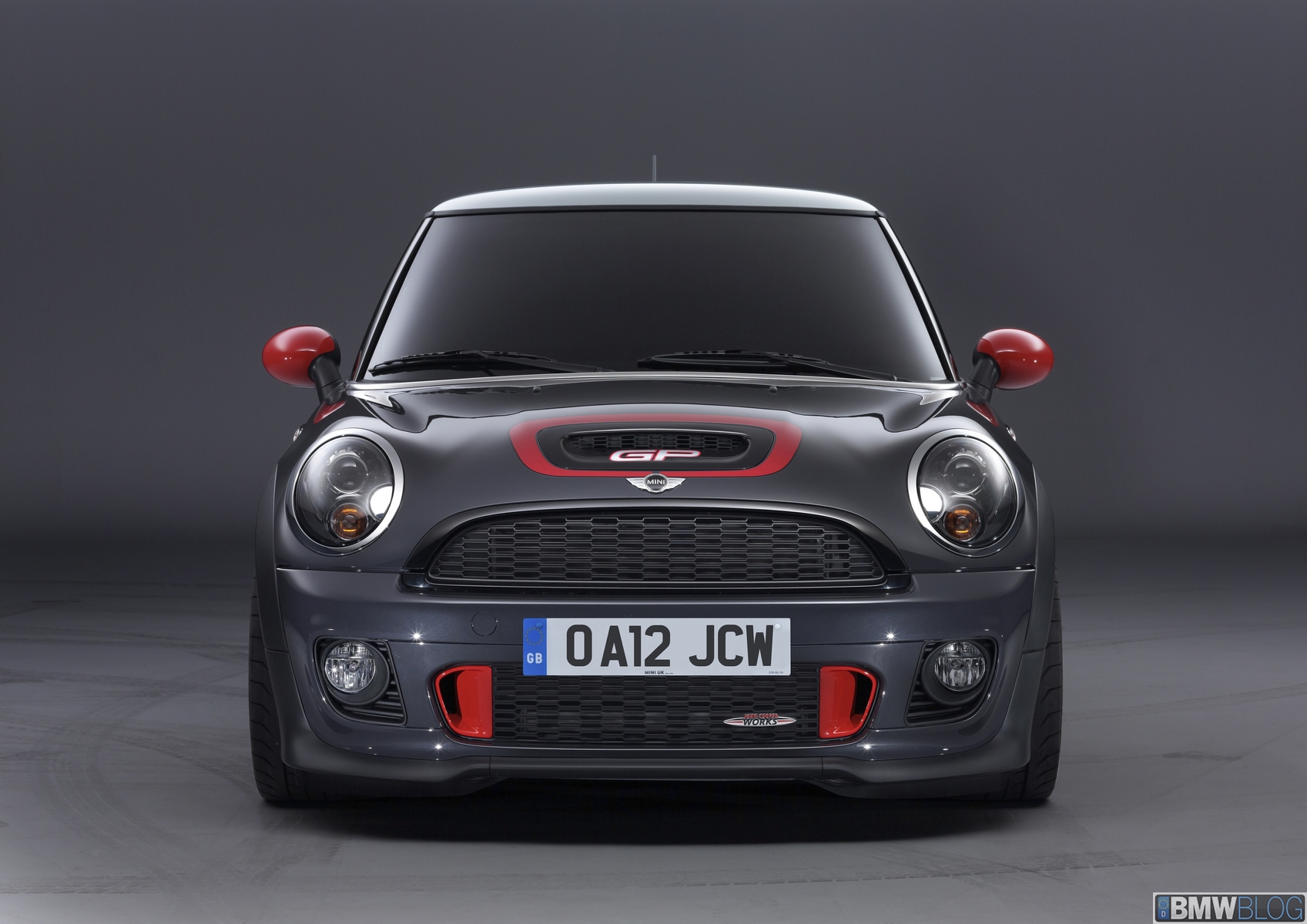 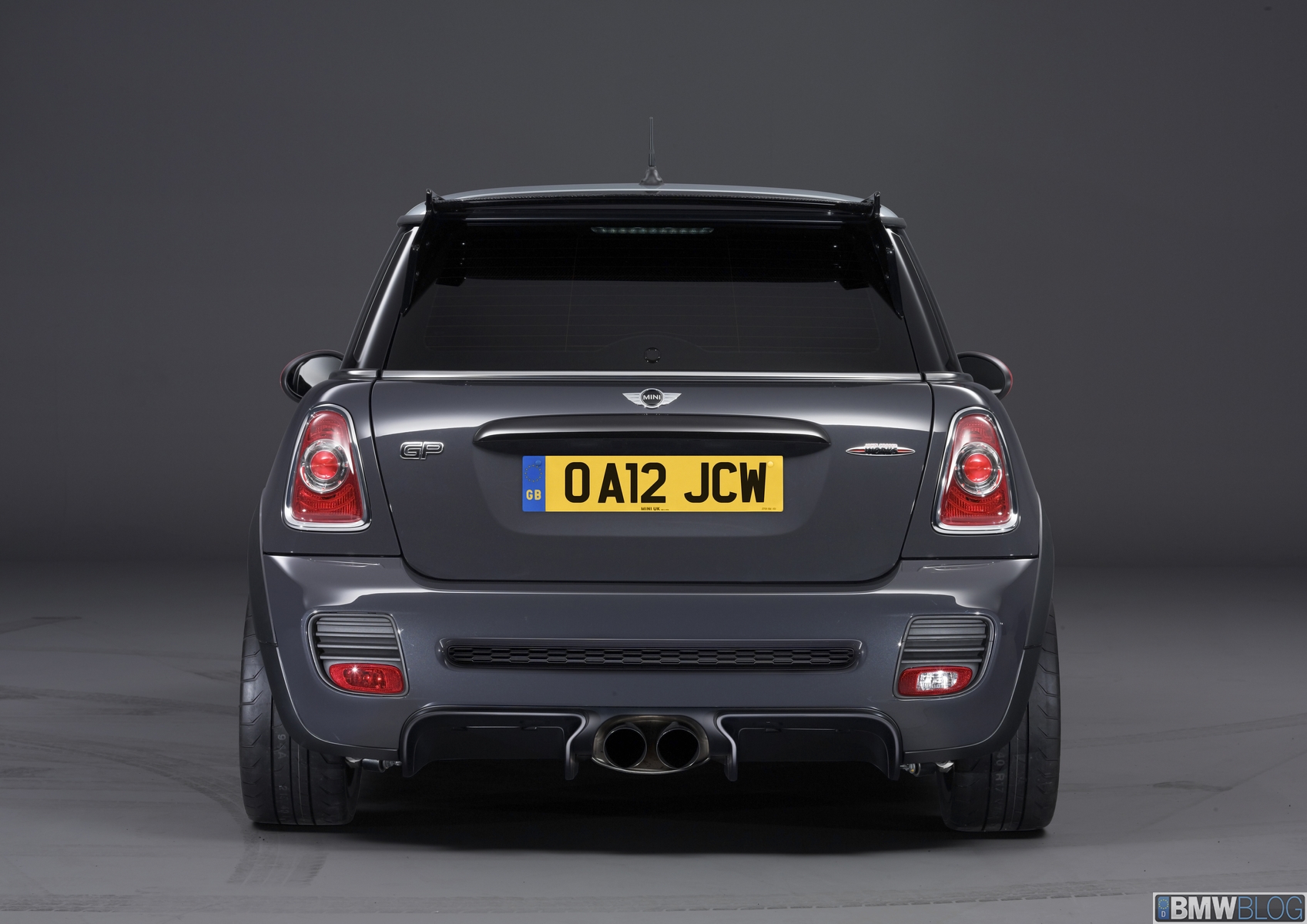