BMW M & MotoGP – The Continuation of a Success Story 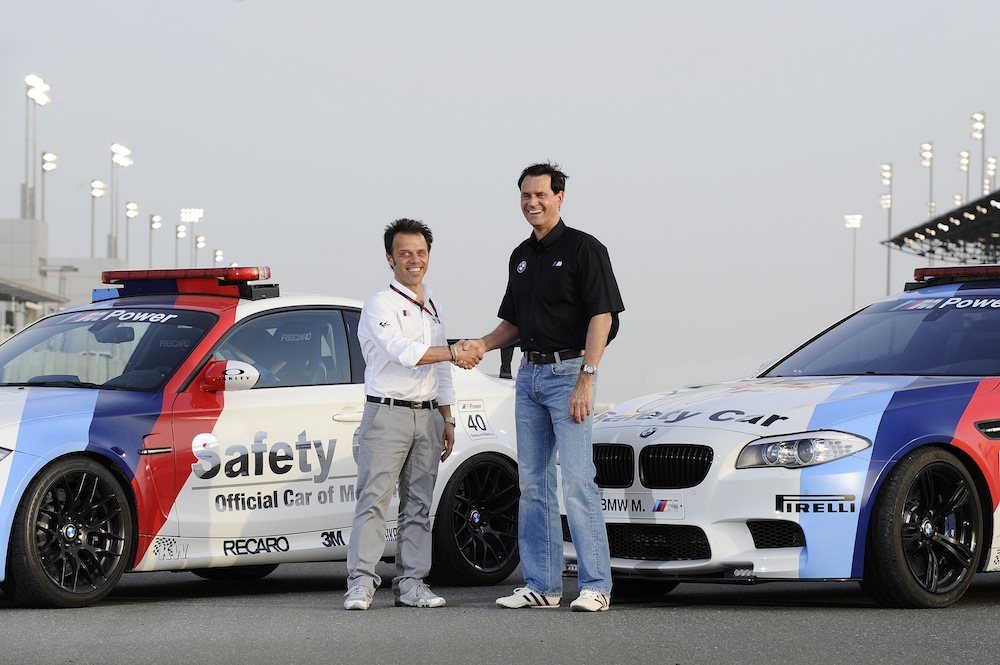 One of the factors guaranteeing the success of the popular racing series is the longstanding cooperation between BMW M GmbH and MotoGP organiser Dorna. BMW M has further strengthened this close-knit partnership, appointing the new Dorna MotoGP safety consultant Loris Capirossi as the new BMW M MotoGP expert.

The former top-level motorcycle racer from Italy looks back over extensive experience and boasts a vast knowledge of MotoGP. Nicknamed “Capirex” while still an active rider, the Italian has a highly successful Grand Prix career to his name which stretches back 22 years, including a total of 328 races and three world championship titles. 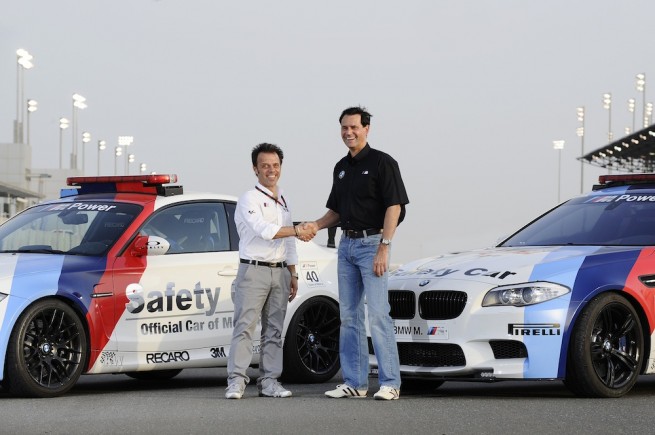 In Loris Capirossi, BMW M has gained the services of an expert with an in-depth understanding of riders’ concerns. He has enormous expertise in the field of racing competition and a high level of sensitivity to safety aspects. Based on his extensive know-how, Capirossi will perform a consultant role as the BMW M MotoGP expert for the current world championship series which starts its new season on the first weekend in April and continues on April 26th 2012 in Jerez (Spain).

“In order to ensure maximum reliability, safety cars have to function perfectly even under the toughest racing conditions. The high-performance BMW M vehicles fully meet the requirements that apply to safety cars on the race track,” says Loris Capirossi.

What is more, BMW M will be giving its guests an exciting peek behind the scenes with the help of the new expert. The ex-world champion will show invited guests round the MotoGP hotspots, taking them to the team quarters and pits where mechanics and riders put the final touch on their machines. This kind of tour is undoubtedly one of the absolute highlights of the new first-class visitor package being offered by BMW M for the current racing series.

BMW has been involved in the MotoGP since 1999 and provides the official safety cars. In 2006 the partnership was taken over by BMW M GmbH, which celebrates its 40th anniversary this year.

BMW M automobiles have always embodied the fascination of motor racing. Sometimes referred to as “the most powerful letter in the world”, M stands for dynamic performance, innovation and aesthetic appeal in its purest form. The cooperation between BMW M and Dorna is also founded on these values and has developed into a trusting and reliable partnership. Carmelo Ezpeleta, CEO of Dorna Sports’, describes the collaboration as “an international symbol of quality”.

Thanks to the support provided by BMW, it has been possible to significantly enhance the positioning and perception of the motorcycle road racing world championship. By the same token, BMW M GmbH makes use of this platform to cultivate top-class international business relationships, marketing activities and brand communication.

Thomas Schemera, Head of Sales and Marketing with BMW M, says: “Our involvement in this motor racing event gives us perfect access to a crucial target group: motorcycle racers with a predilection for fast cars.” And he adds: “The motorcycle world championship offers fascination, emotion, high-tech and international flair – all factors which are closely associated with BMW M. This is another reason why we feel so at home here.”

The BMW M GmbH safety cars guarantee safe, reliable race support during the qualifying rounds and the race itself. In addition to the safety cars, BMW also provides BMW S 1000 RR safety bikes and various BMW X models, which are used by the race management and medical service and also as shuttle vehicles.

In the first half of the season, the new BMW M5 presented last year at the Grand Prix in Indianapolis/USA will be used as the safety car, as will the BMW 1 Series M Coupé. They have been optimised especially for deployment on the race track and for leading a motorcycle racing field. From the middle of the season, the BMW 1 Series M Coupé will be replaced by the new BMW M6 Coupé. For further details see: www.bmw-m-safetycar.com

BMW M will also be offering a special MotoGP™ service. The Event Center in the paddock provides a unique insight into the world of BMW M, with detailed information on the Grand Prix, riders, teams and vehicles. An exclusive VIP sales program will also be available.

Finally, the BMW subsidiary will present the BMW M award at the end of the season. This goes to the rider with the best overall result in the qualifying rounds. Last year the award went to Casey Stoner, who was thrilled to receive a BMW 1 Series M Coupé. This year it will be presented at M Night in Valencia, Spain. The winner can look forward to a BMW M3 Coupé Competition Edition. The equipment features of this model include an exclusive exterior paint finish in Frozen Silver Metallic and a distinctive front design. The characteristic BMW M front apron and striking exhaust tailpipes underscore its dynamic appearance. This sporty, elegant styling is echoed in the interior. Finally, black M3 wheel rims round off the exclusive special edition.