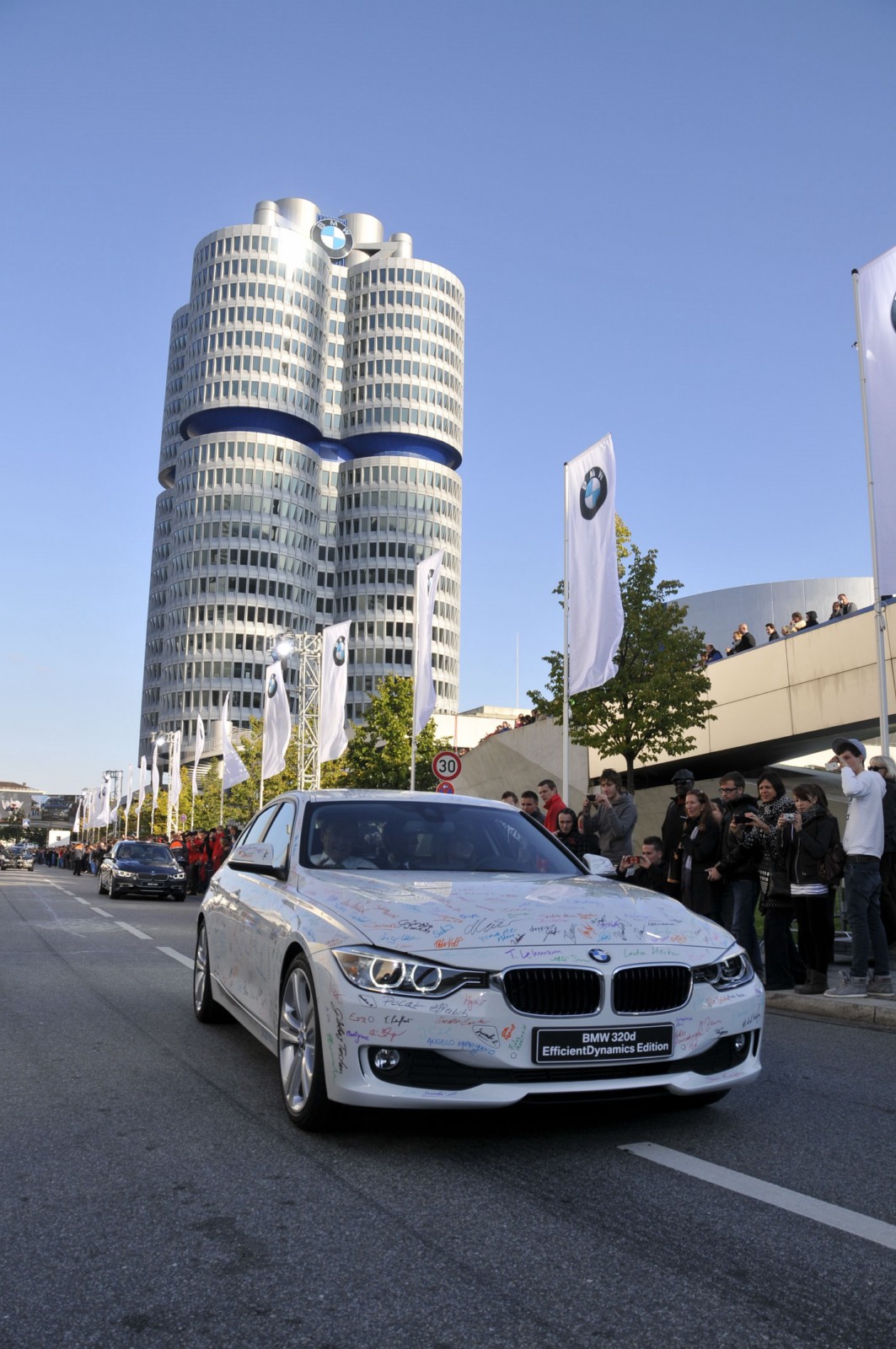 The sixth generation of the BMW 3 Series celebrated its début in Munich last Friday. The whole world was able to attend the presentation in the BMW plant and BMW Welt live, via Facebook. The BMW Group’s most important volume model will be taking off at the beginning of February 2012. The launch campaign for the new BMW 3 Series underlines the sportily dynamic positioning of the vehicle, coupled with maximum efficiency and impressive design. Across all sales channels, the campaign consistently shows sportiness and passion as the central themes.

The first online measures can already be viewed at www.bmw.com and www.facebook.com/bmw. The online description on the BMW website provides all the information about the vehicle. Alongside details about the design of the vehicle, handling, efficiency, comfort and safety, the BMW lines are also presented. The new BMW 3 Series saloon is appearing initially in the BMW lines Sport, Luxury and Modern. In a BMW TV special, exterior and interior designers explain every facet of the vehicle. On Facebook, the new BMW 3 Series can be individually configured in the three equipment lines, paint colours and wheel rim design and can be viewed in a 360-degree image. The configured vehicle can then be posted and shared with friends. 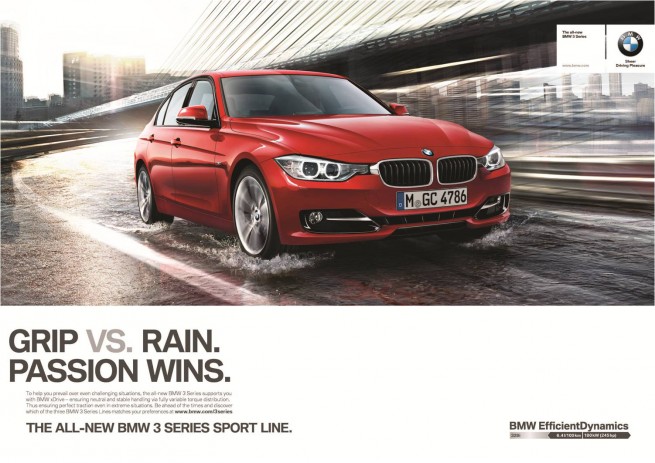 The worldwide campaign will also start in print media and TV at the beginning of February. “With the campaign for the launch of the new BMW 3 Series, we have created a concept that is consistent through all the channels and offers our markets plenty of possibilities for adaptation”, says Andreas-Christoph Hofmann, Head of BMW Brand Communication. “The launch campaign also integrates the fully hybrid model BMW ActiveHybrid 3, which will be appearing in the market in autumn 2012, and shows the connection between the sporty character and outstanding efficiency through the new combustion engines through to the innovative BMW ActiveHybrid drive technology”.

The print advertisements, which also focus on the theme of sporting passion, work with a dynamic, artistic approach in the visual language and pick up the sporting spirit in the text too. With “VERSUS”, a term that is taken directly from the world of sport, the adverts humorously underline the functions of the new BMW 3 Series.

The photographer for the print campaign is the German photographic artist Hubertus Hamm.

The TV spot shows the BMW 3 Series in emotional scenarios from various sporting disciplines. In addition to the new London Olympic Stadium, the world-class biathlete Natalie Björndalen and BMW’s future DTM involvement also have a part to play. A particular highlight of the spot is the music: Billy Idol’s “Dancing with myself” provides the perfect musical backdrop.

The creative agency for the central campaign is Interone, Munich. 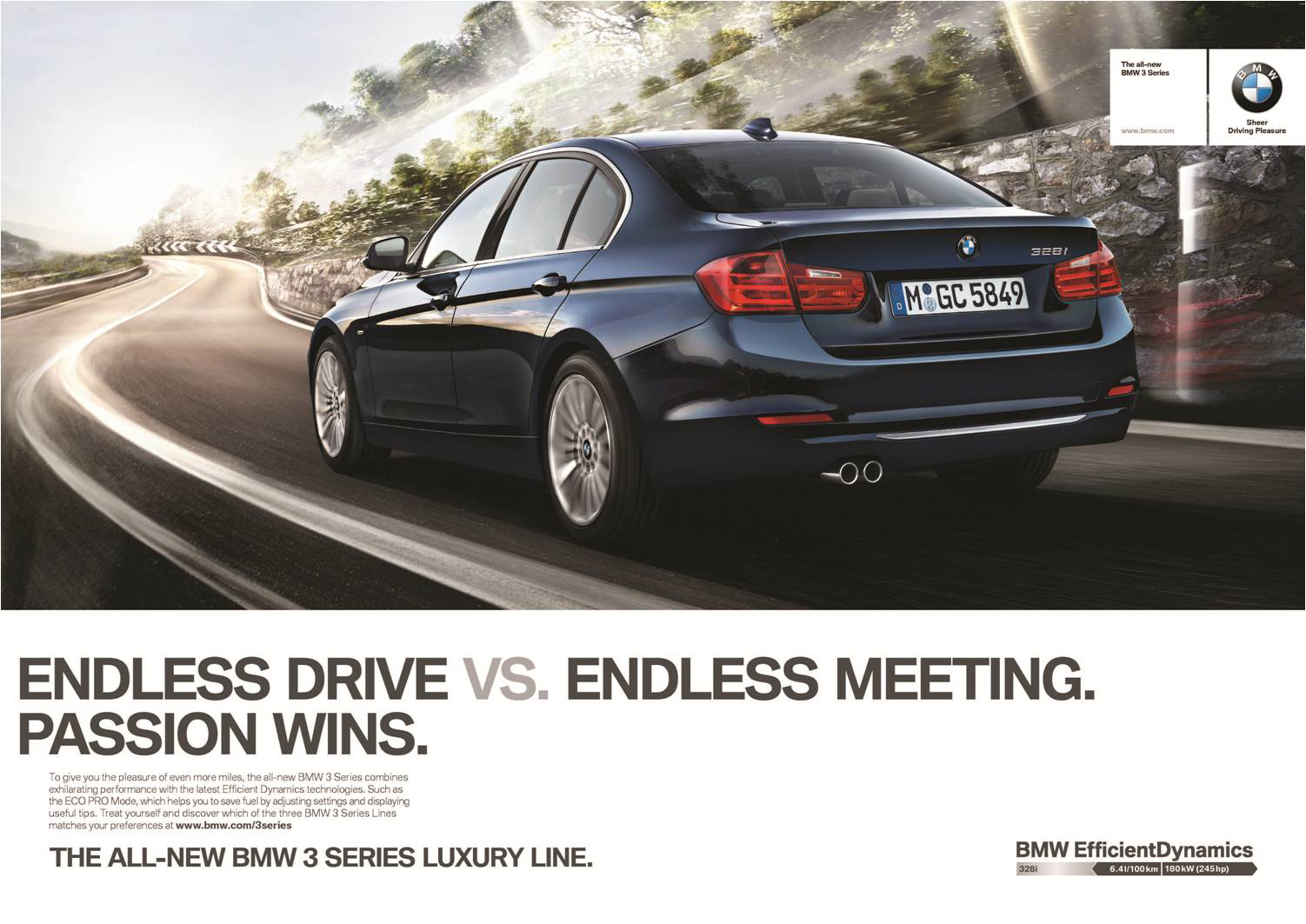 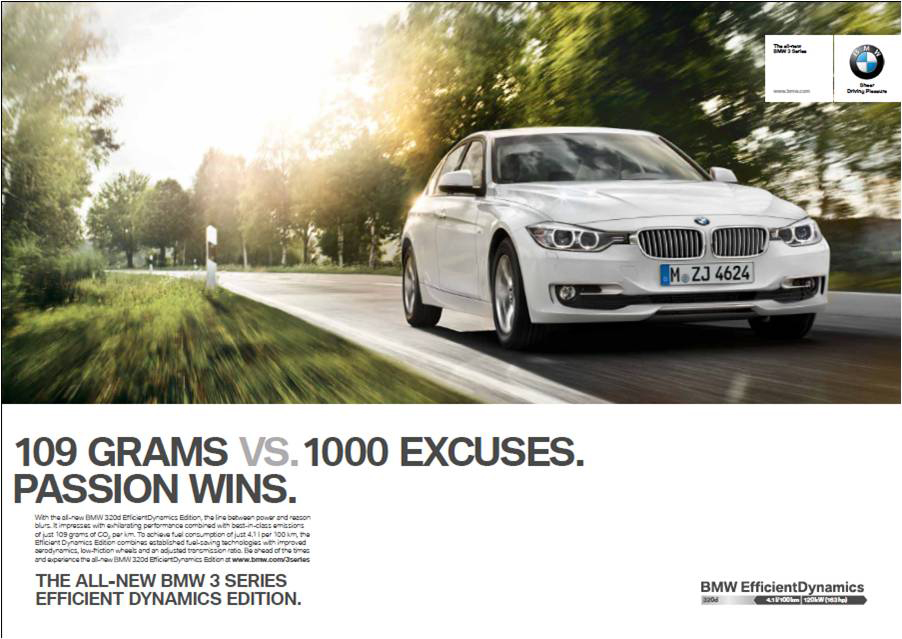 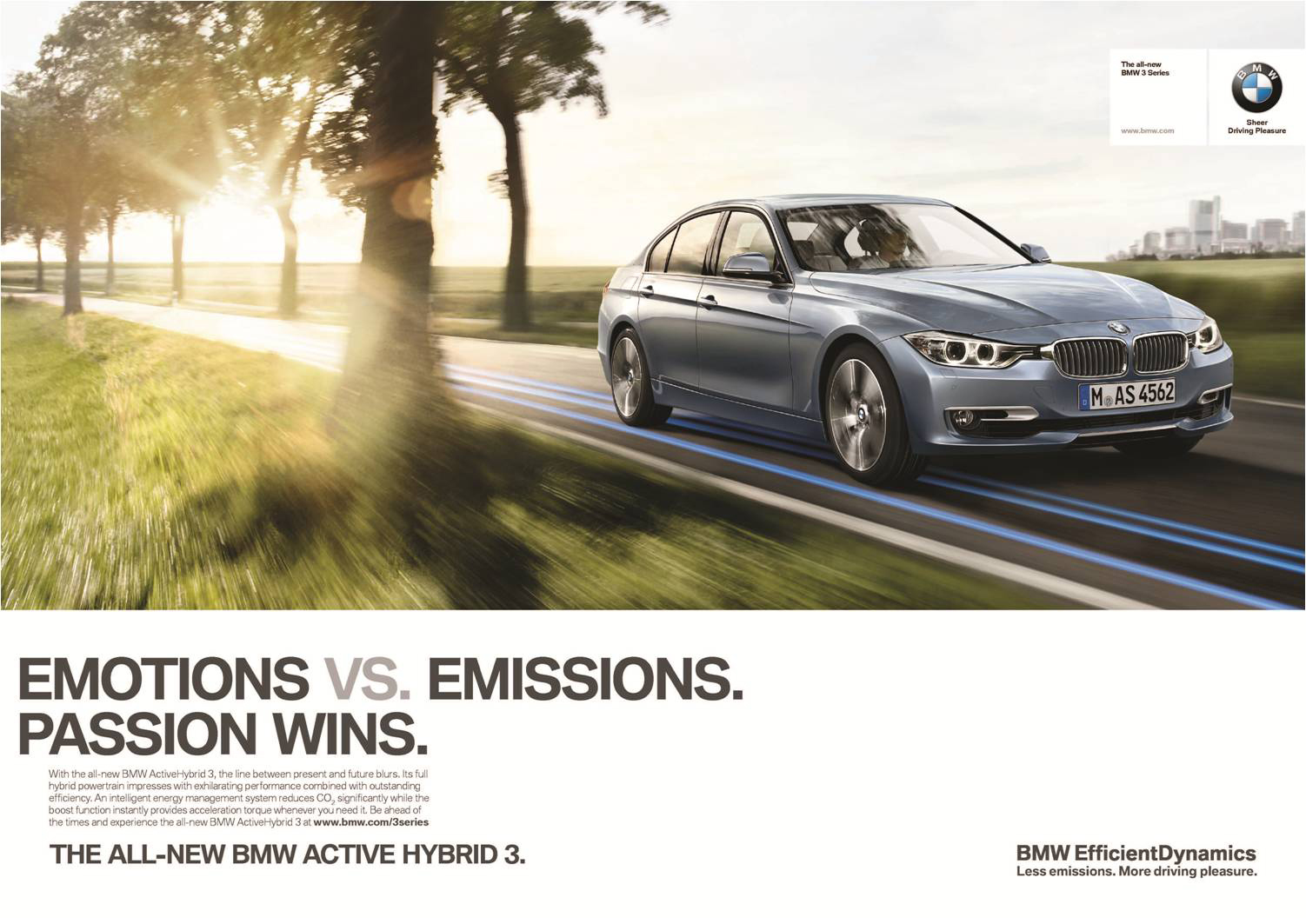 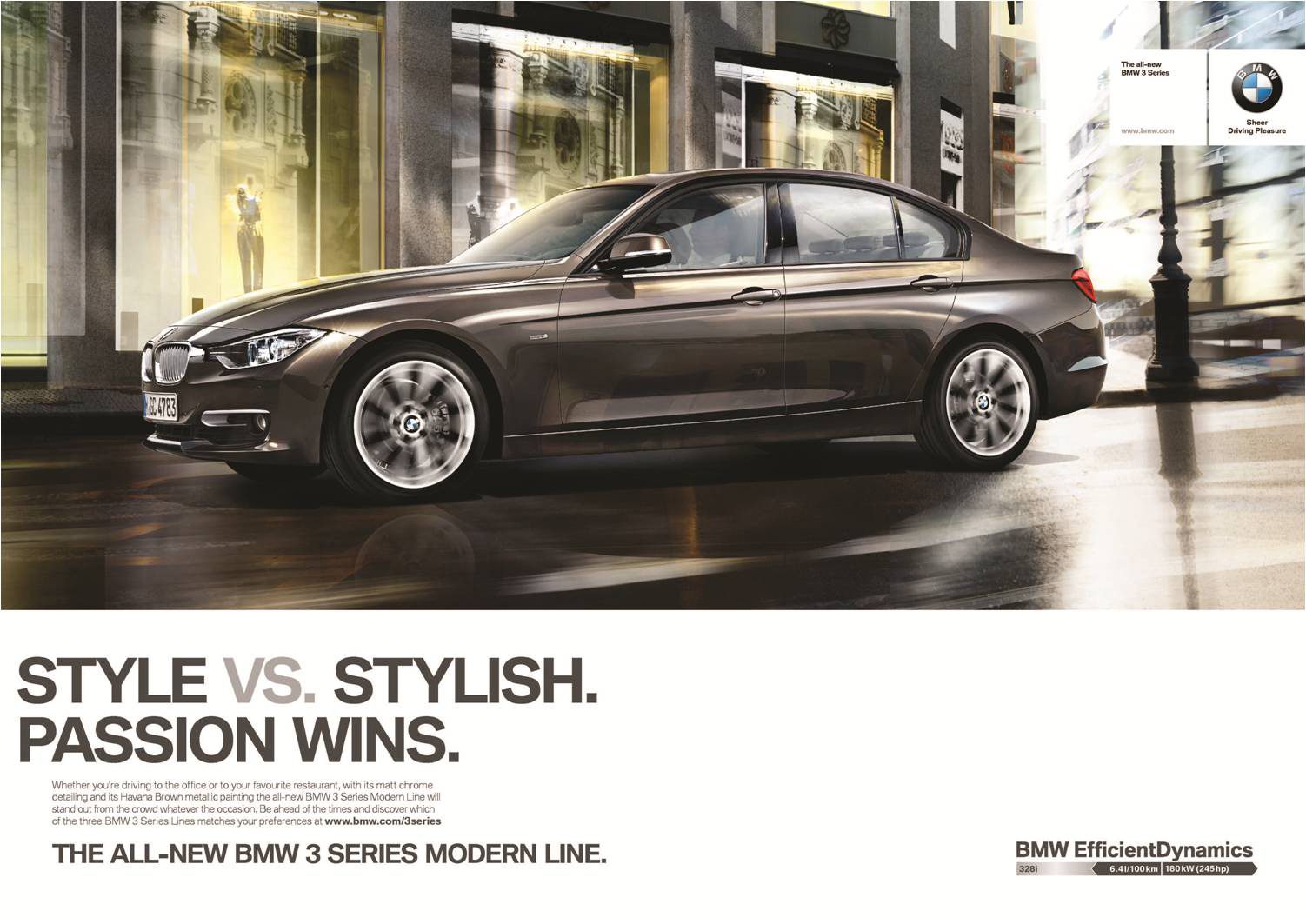 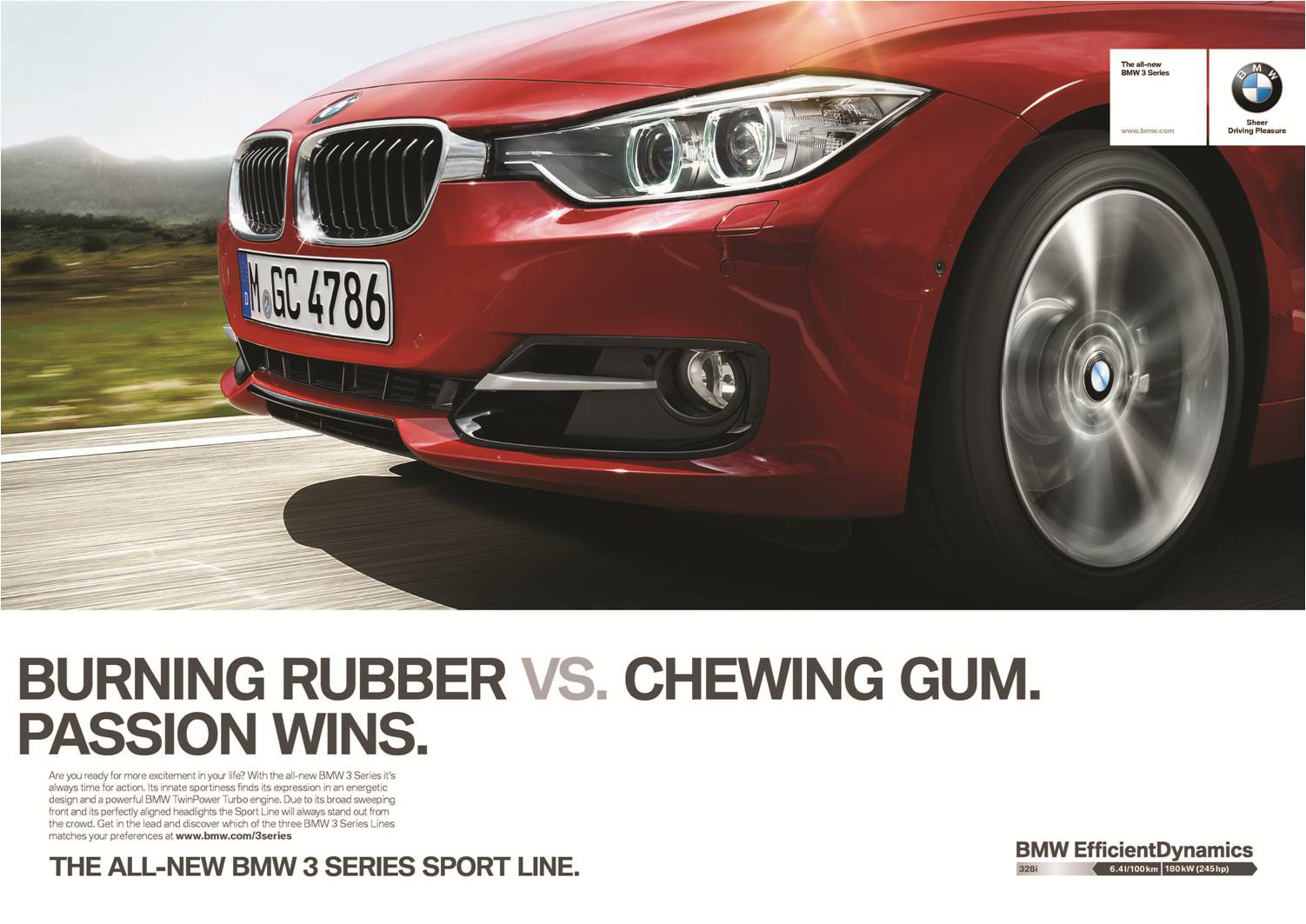 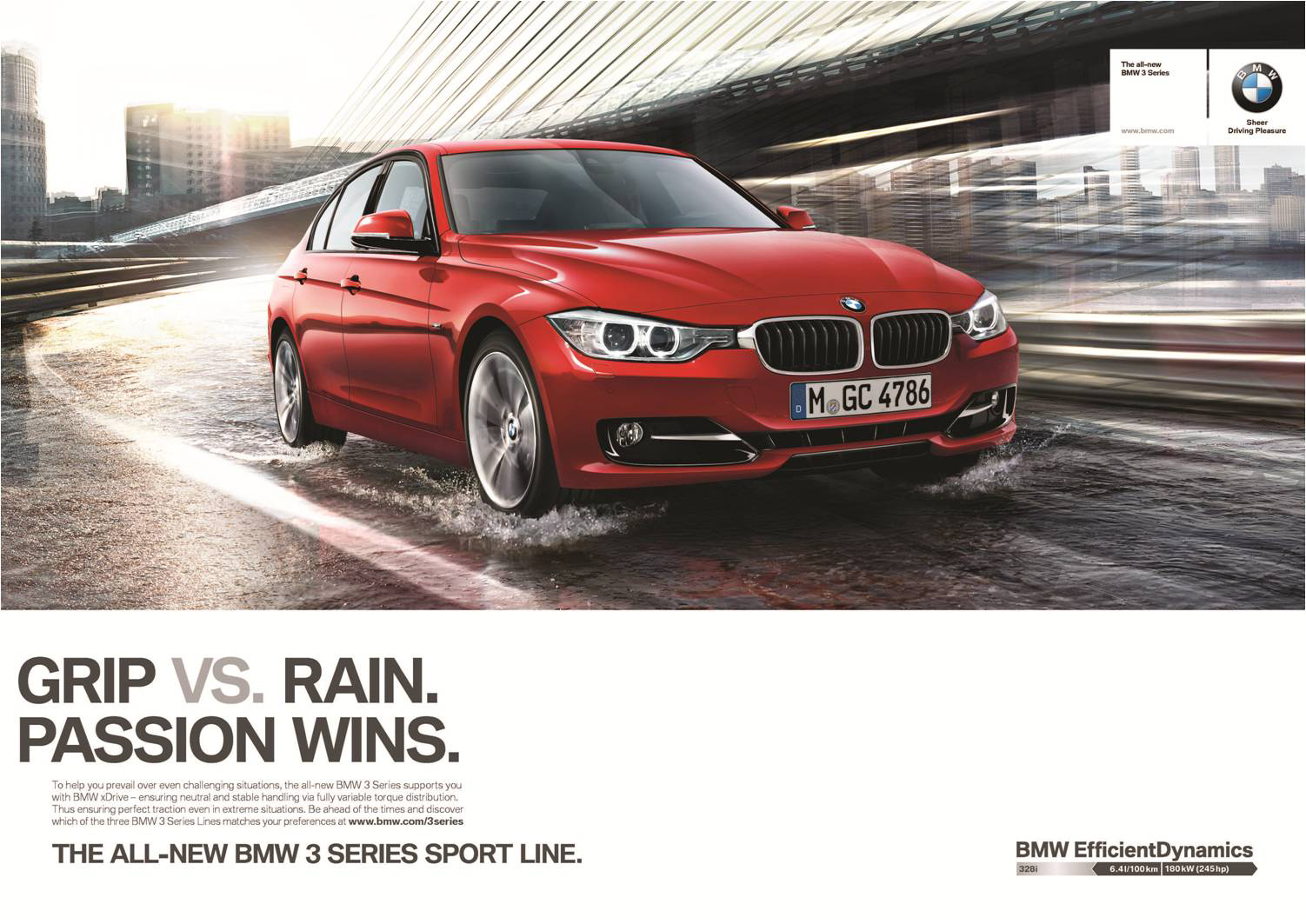 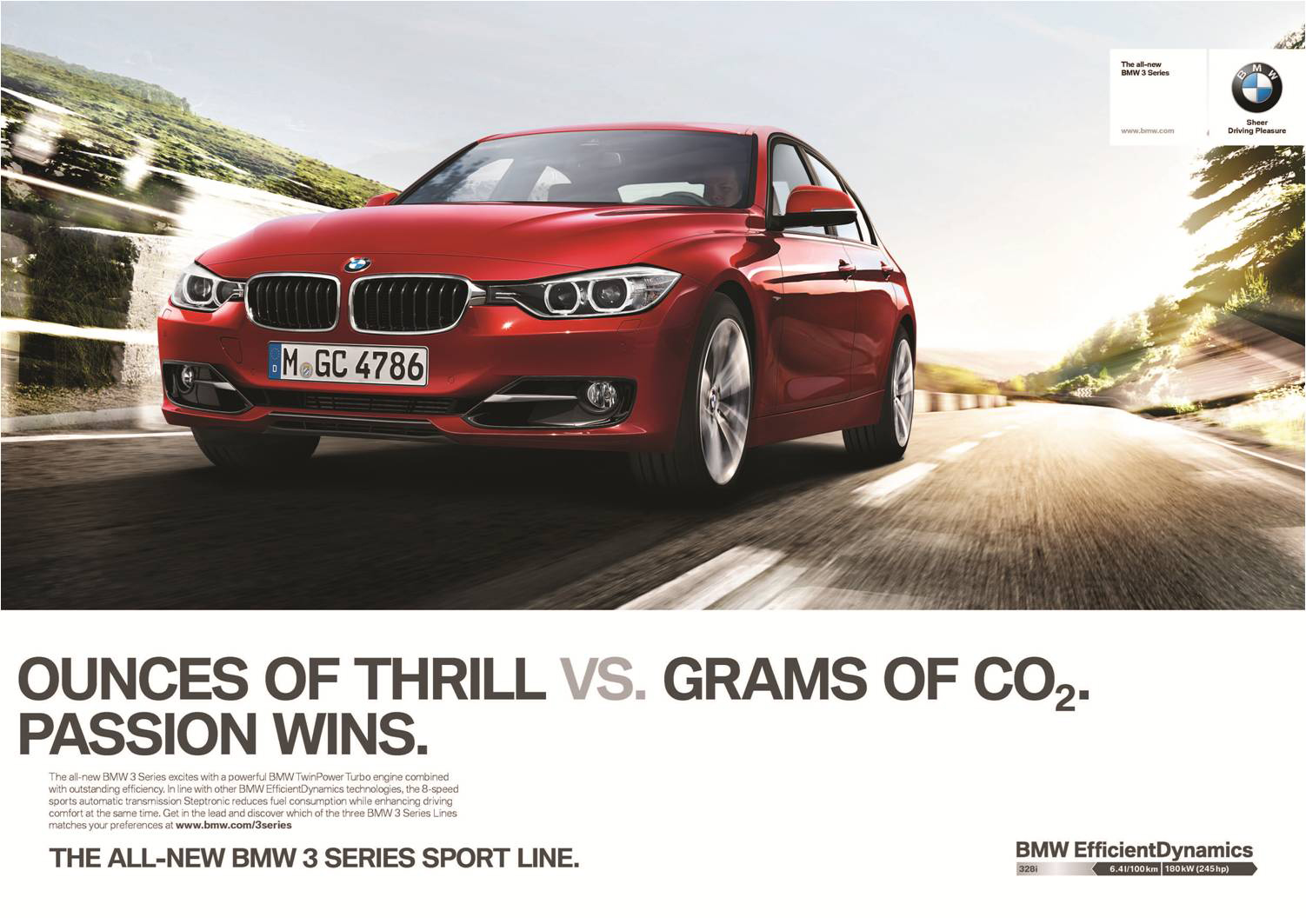 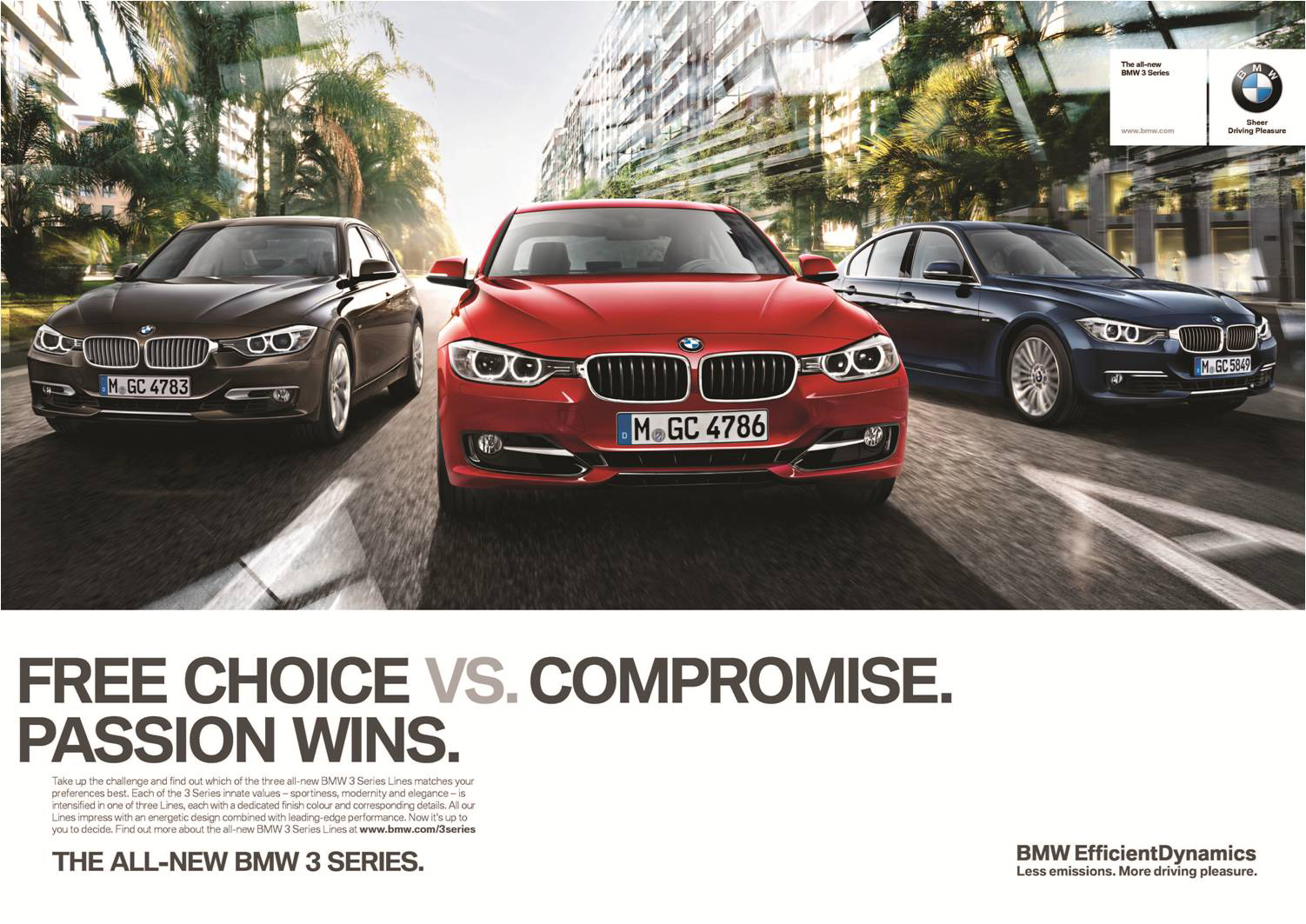 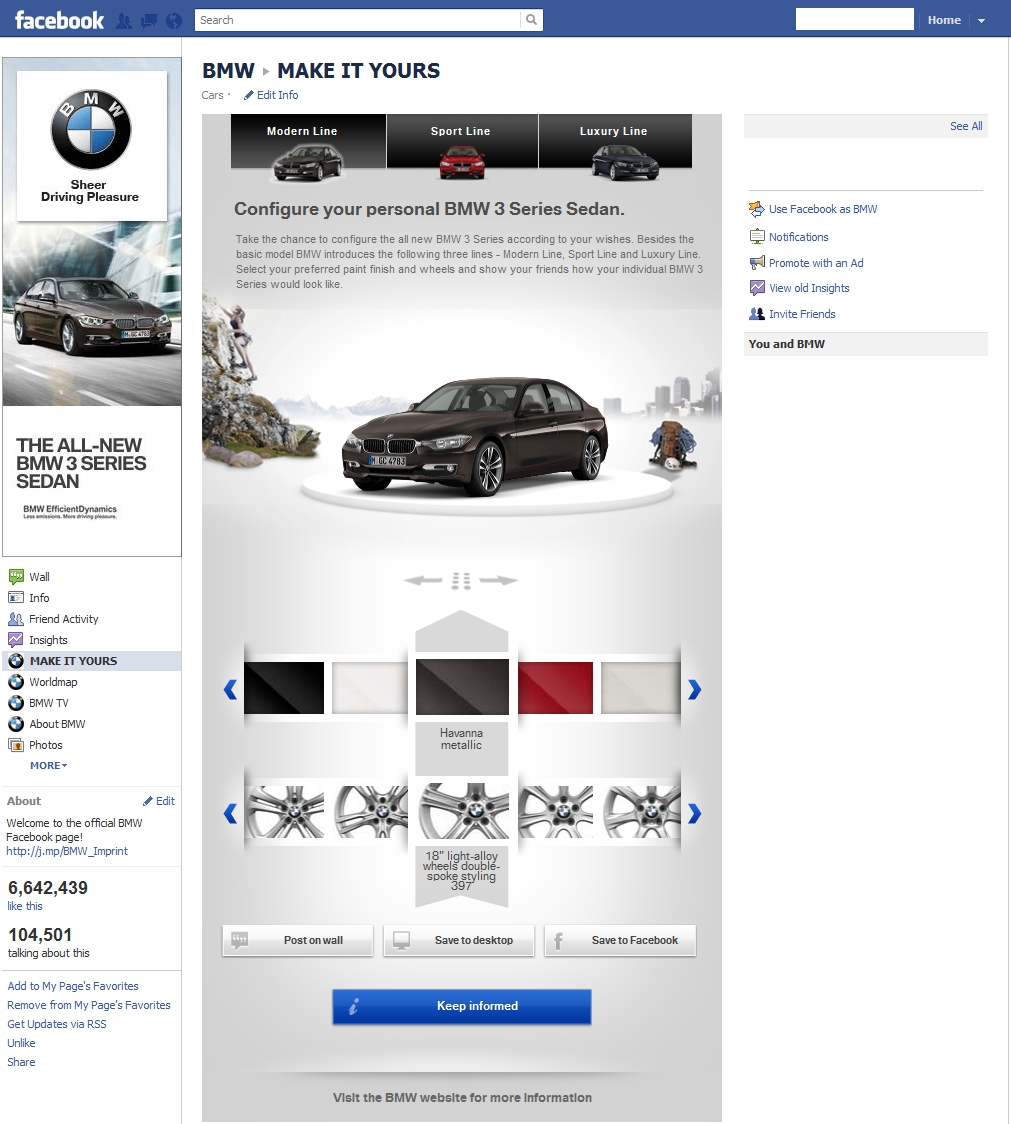 5 responses to “Ad campaign for the new BMW 3 Series”