For most consumers, choosing the right set of tires for their vehicle is a decision they make every three or four years. But for the Dunlop Motorsport team, it’s an everyday job.

In the American Le Mans Series (ALMS), the right tire can often be the difference between finishing at the top of the podium or the back of the pack. Because every fraction of a second matters, Dunlop is constantly improving its tires to remain a step ahead of the competition.

It’s the type of development that requires a team effort – especially for BMW’s Rahal Letterman Lanigan (RLL) Racing Team and its pair of BMW M3 GTs. 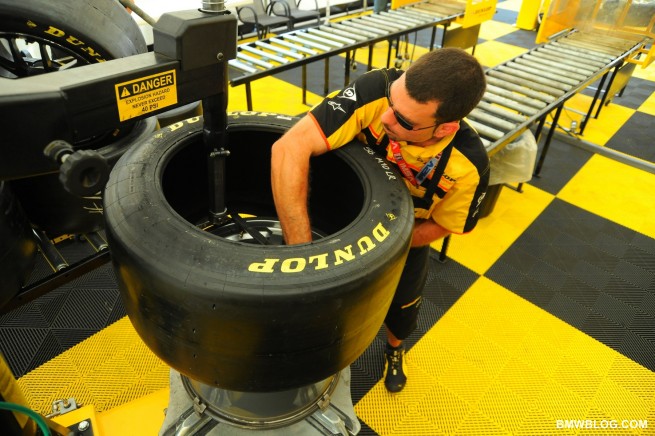 “Tires are the only part of your vehicle that touch the ground, so they’re one of the most important components of any racecar,” said Joey Hand, driver of BMW Team RLL’s No. 56 M3 GT. “That’s why we’re always providing our feedback to Dunlop’s team of engineers. It’s our mission to help make sure the car performs better with every race.”

Dunlop has been BMW Team RLL’s technical partner since the launch of the M3 GT program in 2009, and its racing tires have been credited for helping the team mature and develop into a consistent performer and winner. Now half-way through the 2011 ALMS season, the team leads the manufacturer, driver and team championship standings in the competitive GT (Grand Touring) class.

Because most ALMS races are lengthy in laps and overall racing time, the teams switch drivers throughout the competition during pit stops. The tires, especially, must be consistent for long runs, and the Dunlops have been praised by the team for their continuing improvement. 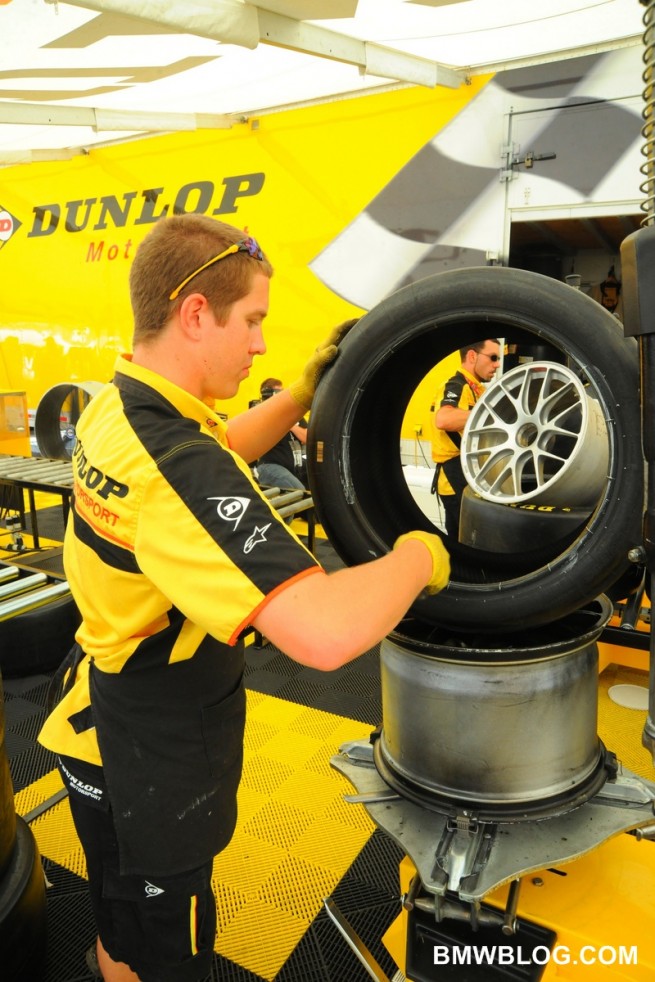 “Many people don’t realize the amount of engineering, testing and development that goes into every tire we send to the track,” said David Meenan, design engineer for Dunlop Motorsport. “We’re in constant communication with our team’s drivers and engineers so we can develop the right tire for every race.”

Building the ideal tire for each ALMS race means finding the right balance between performance and longevity – a task that changes with each track. A soft rubber compound will have plenty of grip, but wears faster, while a harder compound lasts longer, but reduces traction. Developing the right compound is a job that requires an immense amount of research long before race day.

Dunlop engineers use a variety of factors to determine which rubber compounds will be used on any given track. Those factors include the composition of the track surface, asphalt temperatures and ambient temperatures. After tests are conducted, engineers measure the tire’s temperature, pressure and wear patterns. They also rely on reports from drivers and team engineers to fine-tune their selection. 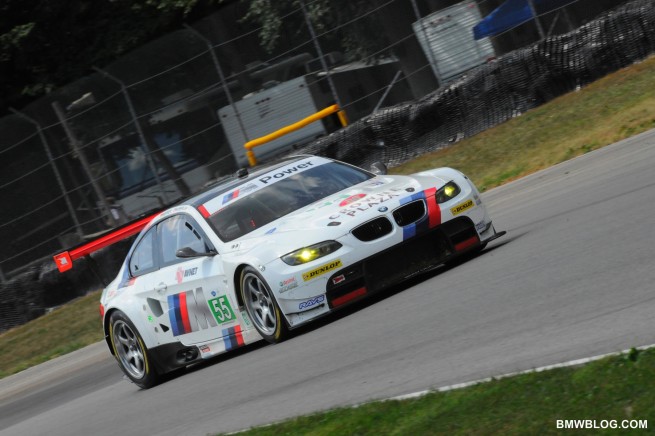 “Dunlop does a great job taking our feedback as drivers and coming back with a tire that does what we ask it to,” said Hand. “I’ve never been involved in a program that’s been so good at that. Every week they bring the tire that works best for that situation.”