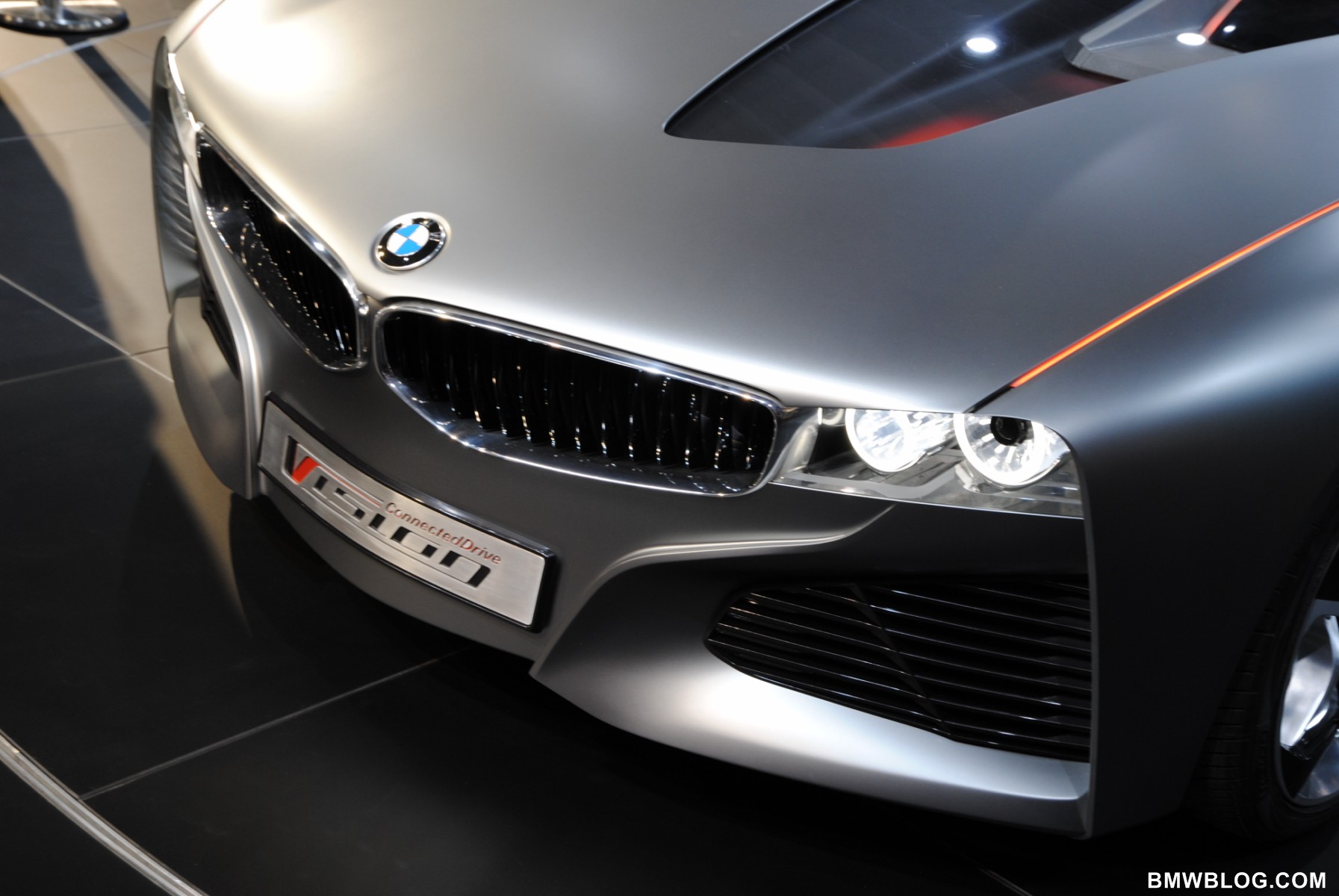 BMW’s latest concept, Vision ConnectedDrive comes back to focus. Earlier this month, at the 2011 Geneva Motor Show, BMWBLOG sat down with Domagoj Dukec, Project Leader for the Advanced Design Studio where the concept was designed. Built primarily around future technologies and innovation, the new Vision ConnectedDrive Concept was the main attraction at the BMW exhibit. While many believed the ConnectedDrive is a preview of a future roadster – BMW CEO discarded the idea of a predecessor for Z2 – the new concept came to life with a single purpose: to showcase BMW’s ConnectedDrive innovations.

Mr. Dukec took the time to describe for us the exterior design and new elements that can be seen in this futuristic concept.

BMWBLOG: Describe for us the BMW Vision ConnectedDrive Concept 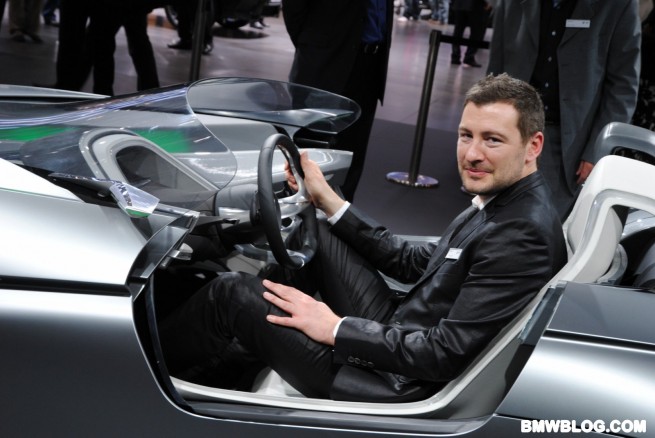 So how should the exterior look to communicate ConnectedDrive? It has to be open so you can look inside, this is a very emotional thing, the classic roadster concept has always been emotional. It also has to be very easy to understand. If you look at the car, there is not much of an experiment as far as surface languages, we are only using the core elements of a BMW. The whole body has been reduced to some main lines. Since BMW has such a strong heritage, we don’t need to deal too much with flaming surfaces.

Same goes for the color chosen here, it’s less prominent so the car stands out for what it was meant to be.

BMWBLOG: So the whole idea was really to focus on the ConnectedDrive technology rather than another eye-candy Concept.

Domagoj Dukec: Exactly. Of course, we still had to give it a look that enhances driving pleasure so typical to a BMW: long bonnet, shorter overhangs. The other heritage element we used here is the sliding door, coming from the Z1. On the Z1 you have to door sliding down, so you have to compromise on the design to make it work. Since BMW always has this long distance between the front-wheel and A-pillar which is perfect to put the door inside. This side design also allows you to even drive with the open door.

We are using another core element of a roadster, the windscreen to express the ConnectedDrive. As you know, BMW stands for driver-oriented interior, and now the question was “How can we show this in the exterior design?” The sculpted windscreen design on the drive side offer this longer point of view.

The only thing we are showing that it’s somewhat linked to a production car is this layering, as shown now on the front-end of the 1 Series M Coupe. Layering means that every piece has its own function and all together work in a very harmonious way.

So to summarize, this is not the car we used to show that this is the future of BMW, but we still want people to say “This is a nice BMW” and understand the whole them where we, the exterior department, try to support the message of ConnectedDrive. 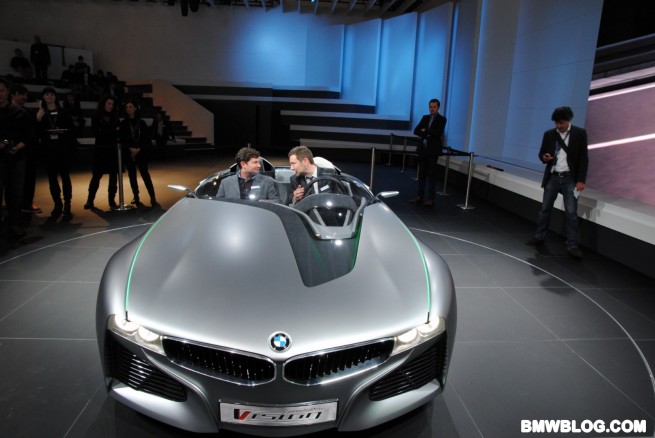 BMWBLOG: Layering was also discussed in the Vision EfficientDynamics Concept. Have you used the previous concept as a starting point?

Domagoj Dukec: No. The ED Concept was a show car to communicate EfficientDynamics, a preview of BMW i. At the time, it was very important to prepare people on seeing a dynamic brand like BMW in an efficient, ecological way. These concepts show layering and aerodynamic features. We now have BMW M and BMW I as sub-brands, on one side you have dynamics, on the other one efficiency, and in between, our EfficientDynamics philosophy and concepts.

On this car, again, the story is ConnectedDrive, and it also shows that regardless of what we do in the future, all the technical pre-development which is quite complex, we will not be losing the emotional aspect of driving pleasure. The main focus is to enhance driving pleasure and all this technology is helping you to make this experience even better.

BMWBLOG: As we have anticipated, the car is not going into production, this is not the Z2 everyone was talking about. Correct?

Domagoj Dukec: It’s funny that everyone wants to know if it goes into production, but that is not always the goal. If you go on a fashion show, you have haute-couture, something you can’t buy anytime, but it helps to showcase the image of the brand. This is a dream car that shows our potential. The nice part is that the same design team also creates production cars. Of course, these cars are always five years behind, concept cars’ development is usually a year or less. What we do now in concepts, comes out in 2015 and on for production cars.

BMWBLOG: The car was designed by Juliana Blasi, am I correct?

Yes. Juliana is very talented and she always makes emotional cars. This is her second roadster. 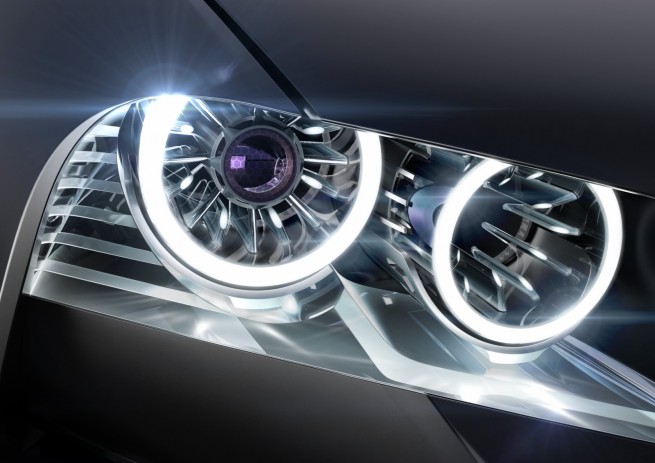 BMWBLOG: Before we part ways, tells us more about some of the unique exterior design features on the ConnectedDrive Concept.

At the front, the full LED lights, so the daylights are coming from the corona rings and since now the center of the headlight is empty, we have placed in there the Night Vision cameras. Normally the cameras are behind the front-grille. So now, with ConnectedDrive, the information flows to the driver and since we now have two Night Vision Cameras, you get the 3D picture.

The kidneys get more “love” also. The grille gets a 3D aspect since the bars are not as flat as they used to be. In the front they are glossy and in the back, are matte.

And a very interesting design element is the asymmetrical hood that matches the driver-oriented interior, a cone of vision where the 3D Head-Up Display is placed. This shows the driver orientation from the outside as well. 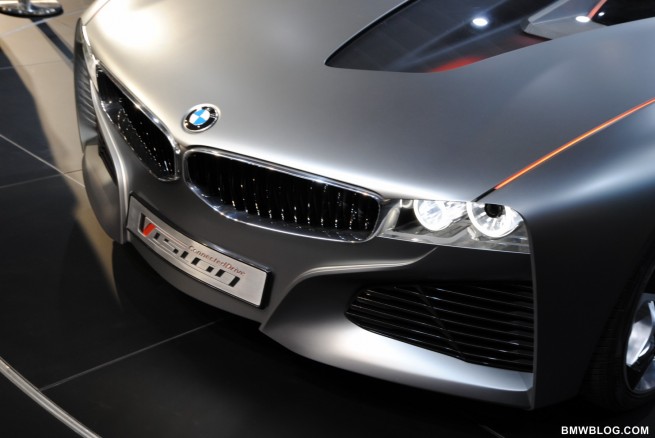 BMWBLOG: And last question. Why the switch from Citroen to BMW?

I joined BMW in April of 2010, I was with Citroen for nine years. I have always been a BMW enthusiast and even when I was young in school, I was a BMW fan. I met Adrian Van Hooydonk in the past and knew my work, and he gave me the opportunity to join BMW last year and I took it. BMW really opens up the horizons for a designer. 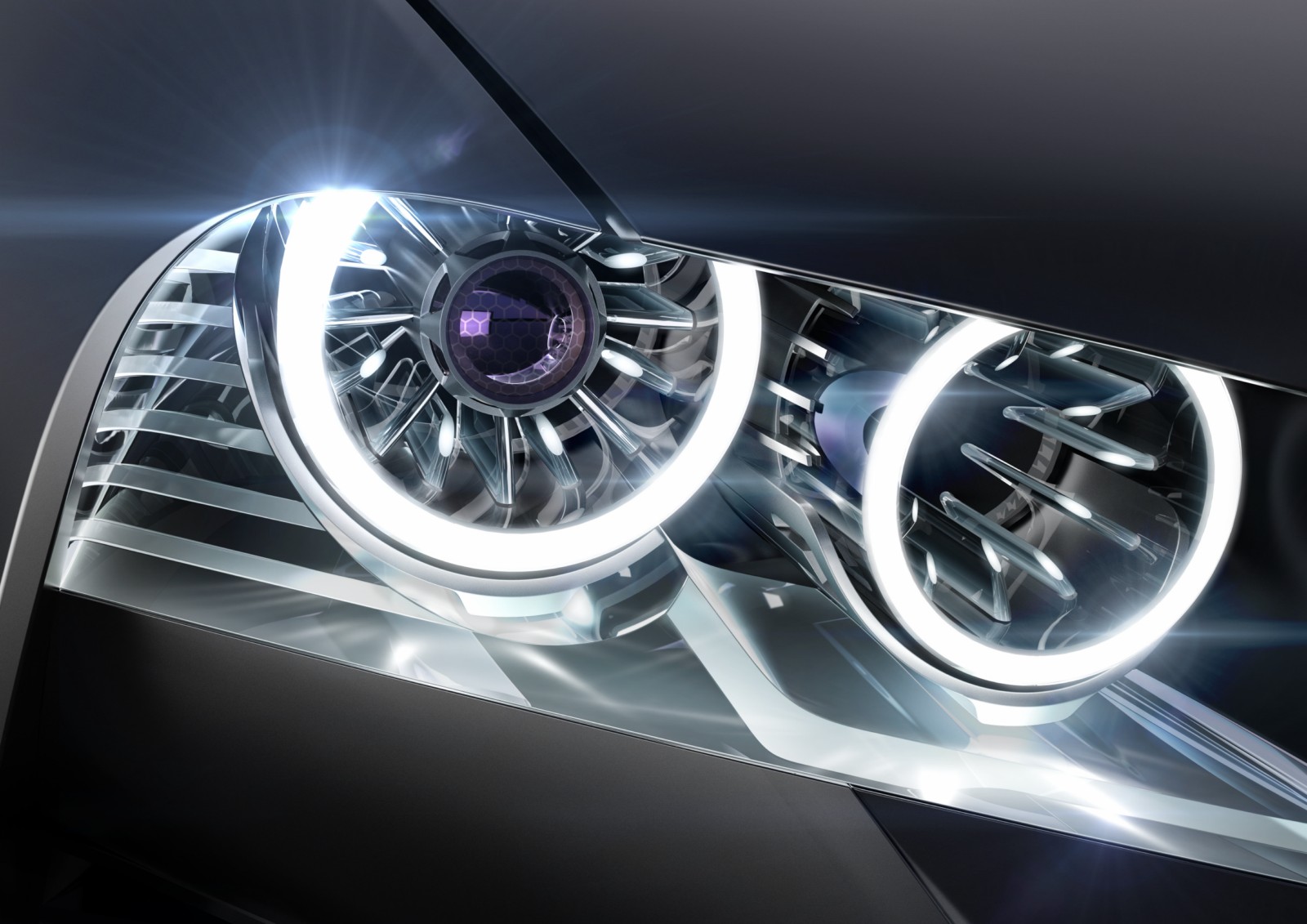