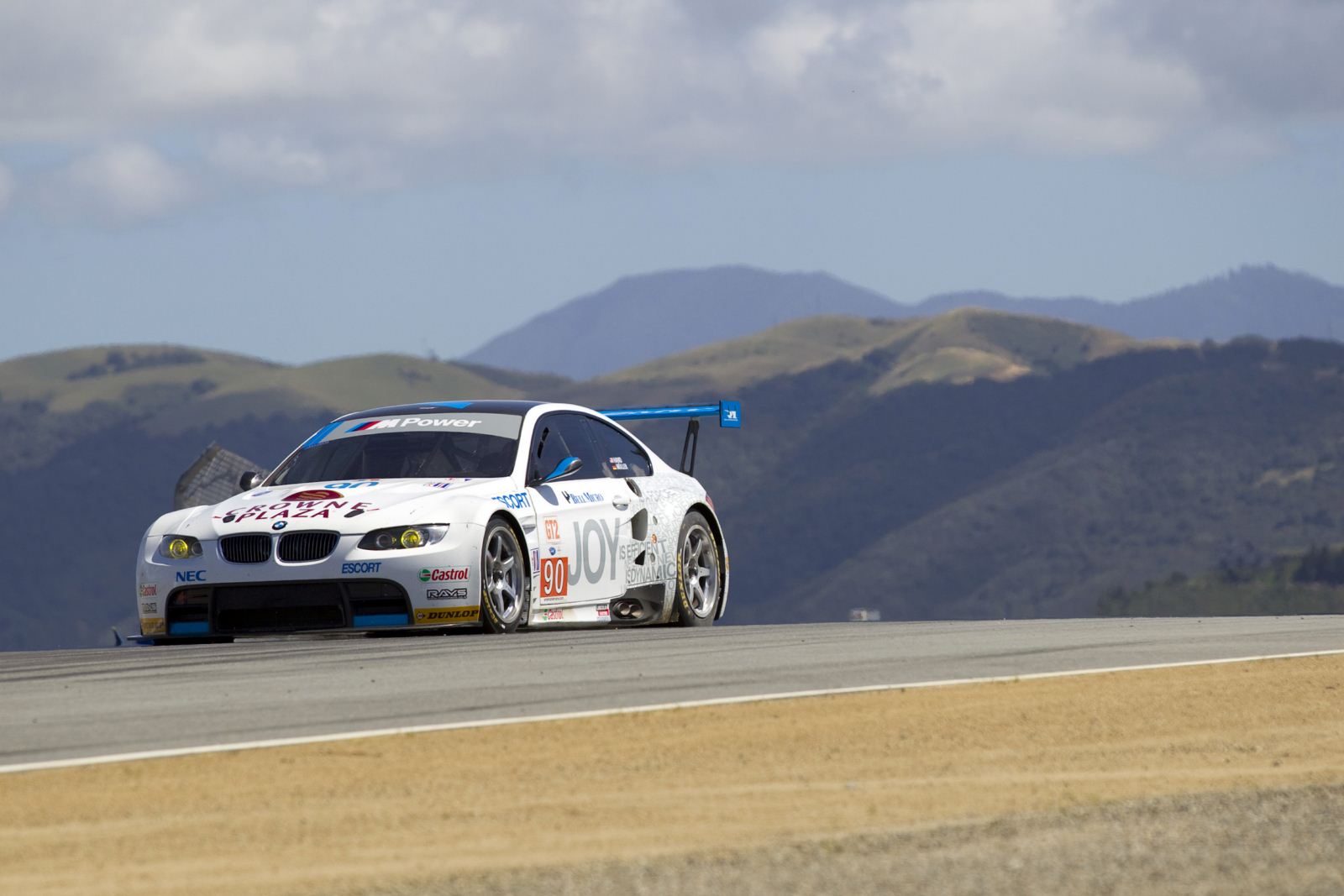 The BMW Rahal Letterman Racing Team fought to its third consecutive podium (four total for the season) with a second place finish by the No. 90 M3 GT of Joey Hand and Dirk Müller in today’s six-hour American Le Mans Series race at Mazda Raceway Laguna Seca.

After leading the bulk of laps going into the closing stage of the race, Hand was passed on the final restart to finish second, a bittersweet ending to a day that began with a crash in morning warm-up and an immediate rebuild of the No. 90 machine by the BMW-RLR crew. Bill Auberlen and Tommy Milner finished eighth after a late-race punt dropped the No. 92 M3 down the order. The duo led the GT class twice during the day.

The six-hour race dealt competitors a total 10 caution periods and the BMW Rahal Letterman Racing Team played every opportunity to its benefit. Splitting strategies on the third yellow flag near the two-hour point, the team pitted the No. 90 M3 GT for fuel with rest of the class and elected to keep the No. 92 M3 on track and gain position. It paid off with the GT lead for Milner, who had replaced starting driver Auberlen just past the one hour mark. 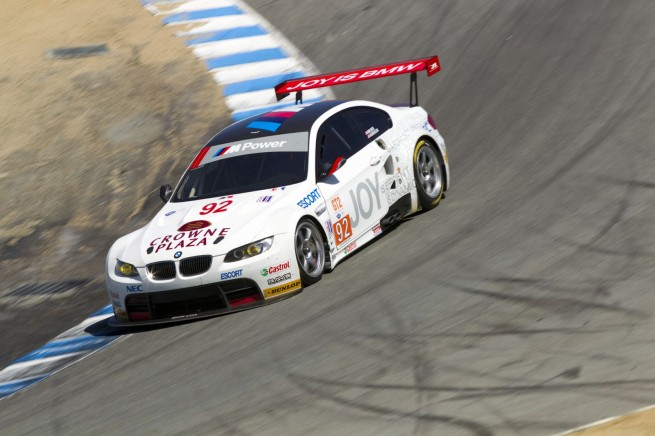 When Milner was hit by a competitor and forced to the pits, Hand took over the lead from his teammate. The race gave fans a roller coaster ride through four more caution periods before the four hour mark as the M3 GTs ebbed and flowed at the front of the GT field based on the differing fuel and tire strategies.

In the fifth hour, the No. 90 M3 GT took the lead with some thirty minutes remaining, but in the final caution period of the race, Hand’s safe lead evaporated and the team was eventually forced to settle for second place.

Joey Hand, Driver, No. 90 M3 GTdiscusses the outcome of the race.

Dirk Müller, Driver, No. 90 M3 GTreflects on the intensity of the 6-hour race at Laguna Seca.

Following the traditional break in the schedule for the Le Mans 24 Hours, Round 4 of the 2010 American Le Mans Series will be held at Miller Motorsport s Park in Tooele, Utah, on July 9 – 11, 2010. 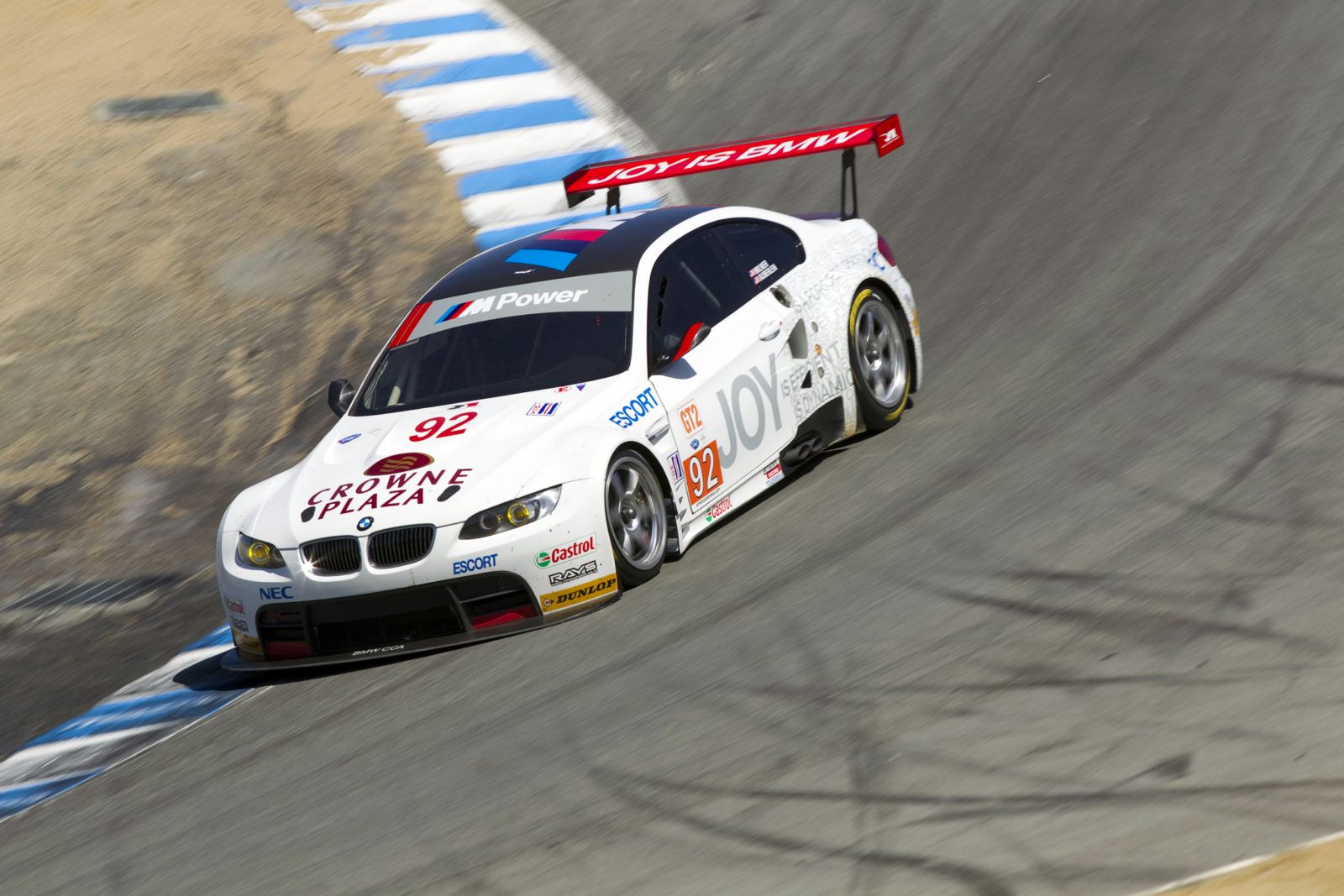 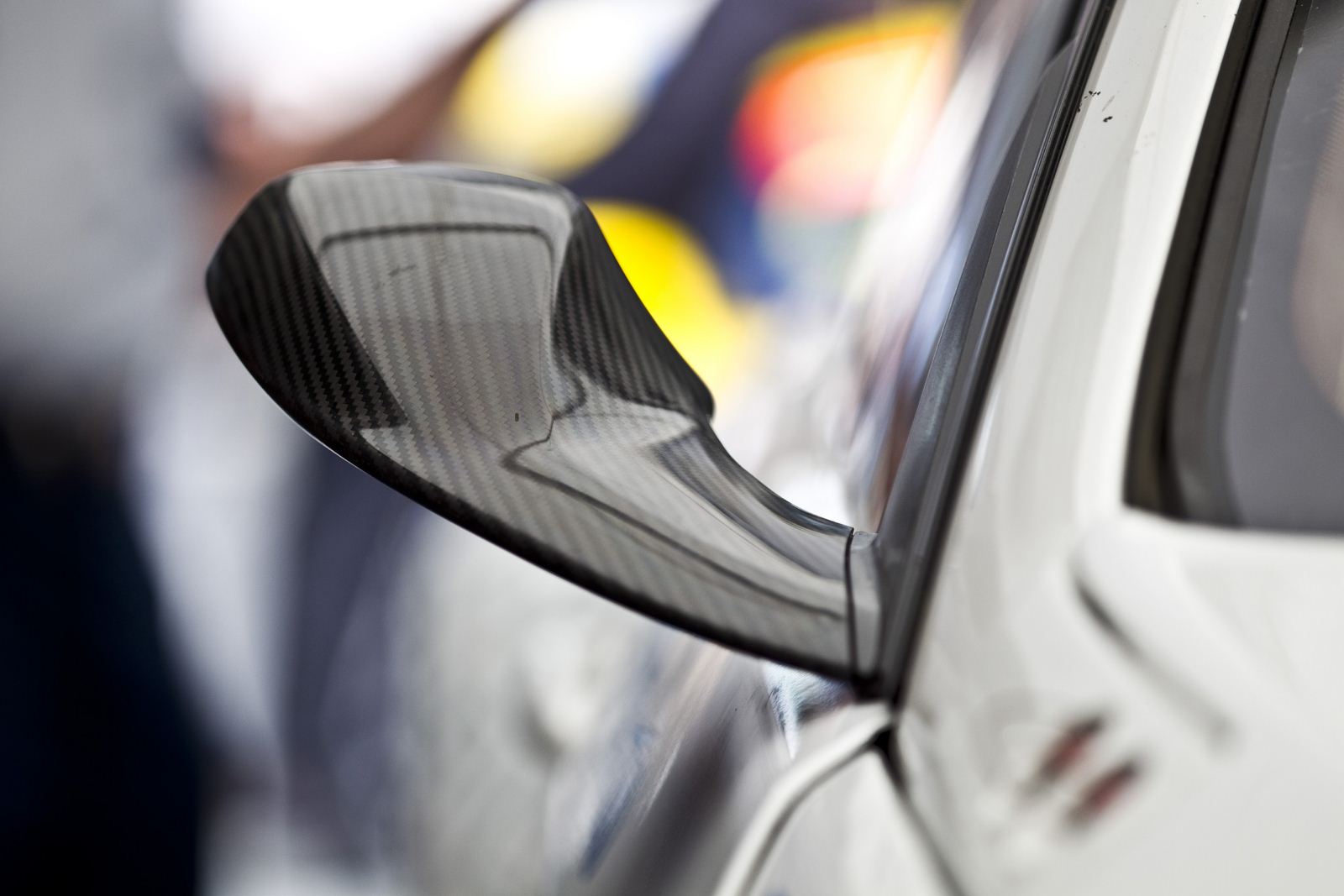 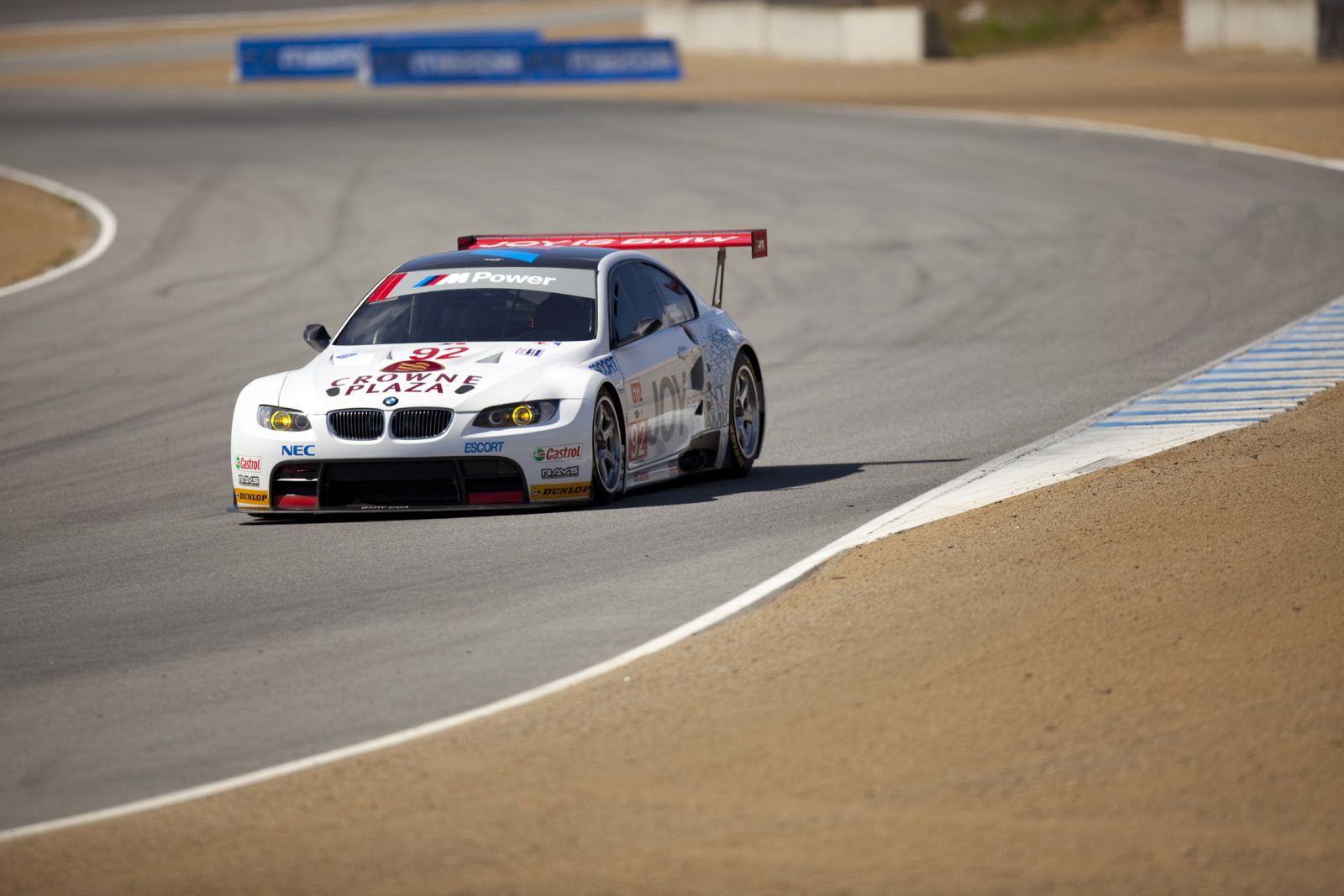 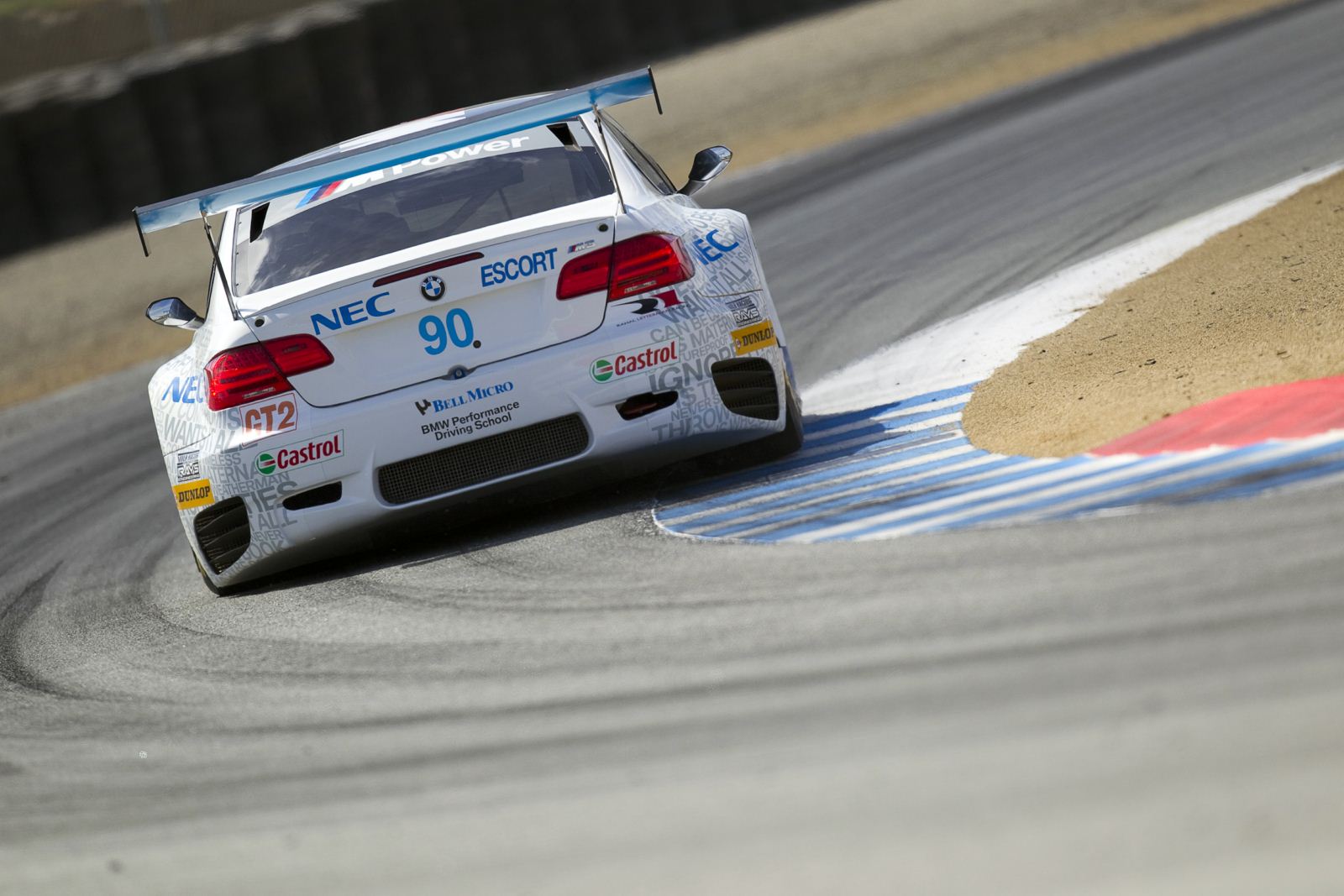 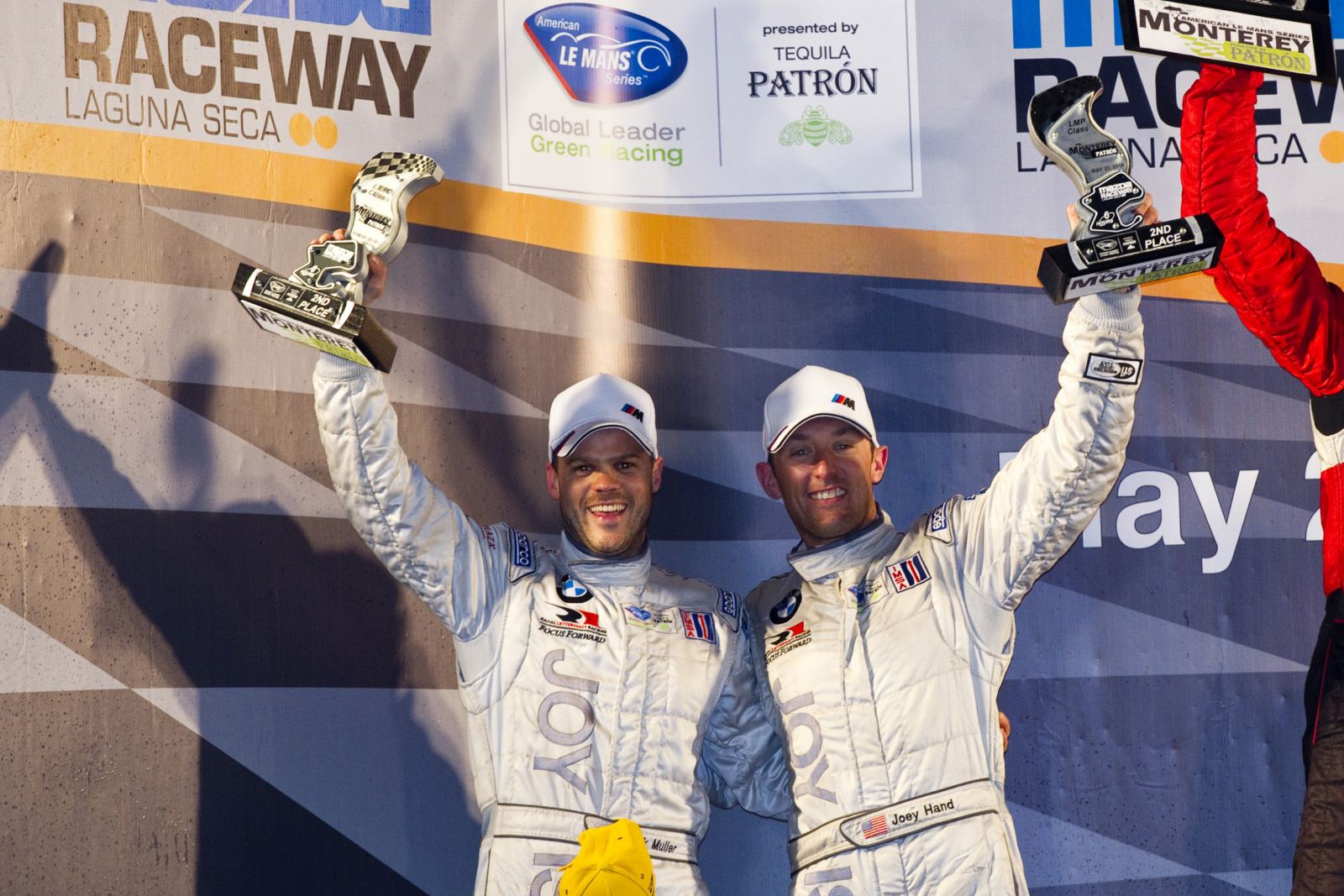