With every vehicle launched, a new series of BMW designers rise and leave their footprint in BMW’s car design history.

Since over the last tens of years there were numerous designers, we will break down the impressive and long list of “automobile artists” giving you a series of short episodes.

But, we’ll do it differently this time around. Instead of going in chronological order, we would like to teach you the BMW car designers history backwards.

The new 2011 BMW 5 Series F10/F11 has been penned by the Polish born German designer who studied Architecture at Silesian University of Technology, Gliwice, Poland (Master 1989) and at Pforzheim University of Applied Sciences in Design, Technology and Business (1989-1993).

The young designer(born 1979) who created the Vision Concept is Mario Majdandzic, a German designer of Croat descent, educated at Pforzheim University of Applied Sciences in Design, Technology and Business (Master from Transportation Design, 2003, title of the diploma work: “Oxygene”).

He created the first Vision Concept sketches in 1997. BMWBLOG has interviewed Mario last month and the article will go live on Monday. 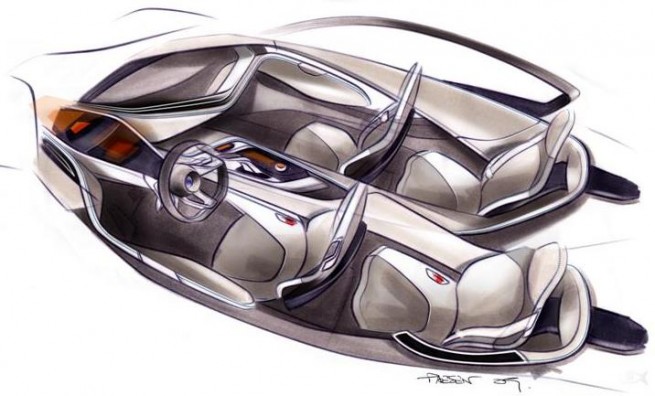 Born in Opglabeek in Belgium, Paesen spent his youth living in different countries, he moved with his parents across Europe and to South Africa; he was educated in England at Transportation Design Dept. of Coventry University and at Royal College of Art in London (Master 2001); he became known for his exceptional drawing skills – his automotive images are recognized as pieces of art and sold as limited edition prints; during his studies in London, he designed for the contest of Helen Hamlyn Research Center a taxi of the future called SW7; it was meant to ride safely almost like a golf car through London pedestrian streets with a driver and two passengers. Directly after his studies, Paesen started his designer career at Volkswagen (2001), before moving to BMW in 2006, where he works as a car interior designer; he designed the interior of the new BMW Vision EfficientDynamics concept car using innovative layering technology.

Kim also designed the body of the BMW X1, the new entry level Sports Activity Vehicle that launched last year as a prototype in Paris and it has been recently revealed in its production form.

In our next episode we will talk about the BMW 5 Series GT, CS Concept and some yet to be revealed BMW models.