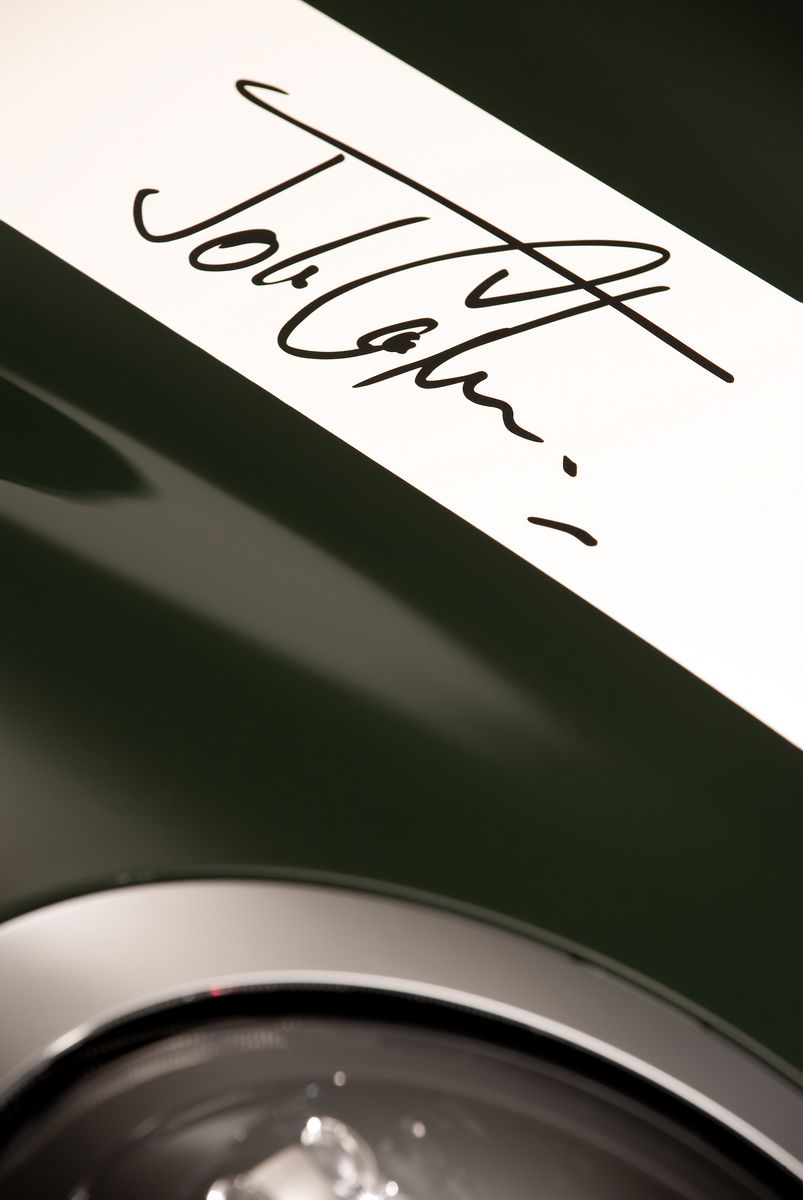 Both were revolutionary and triumphant: in the summer of 1959 Alec Issigonis presented his concept for a small car which, with its transverse-mounted front four-cylinder engine and space for four occupants plus luggage, was to become a byword for economy of space and driving fun. That same year, sports car constructor John Cooper won his first Formula One World Championship title with Jack Brabham at the wheel. 50 years on, the MINI John Cooper Works World Championship 50 evokes both the start of the triumphal path of the classic Mini as well as victory in the F1 Drivers’ and Constructors’ Championship for John Cooper’s racing team.

This MINI special edition was inspired by John Cooper’s son, Mike. His signature appears on the facia and on one of the bonnet stripes. It will have a limited production run of 250 units and was unveiled to the public at the 2009 MINI United Festival in Silverstone. The car is based on the MINI John Cooper Works and driven by a 155 kW/211 hp four-cylinder engine with Twin-Scroll turbocharger and petrol direct injection. The production version of the MINI John Cooper Works World Championship 50 features numerous exterior and interior details reflecting the racing pedigree of the brand. 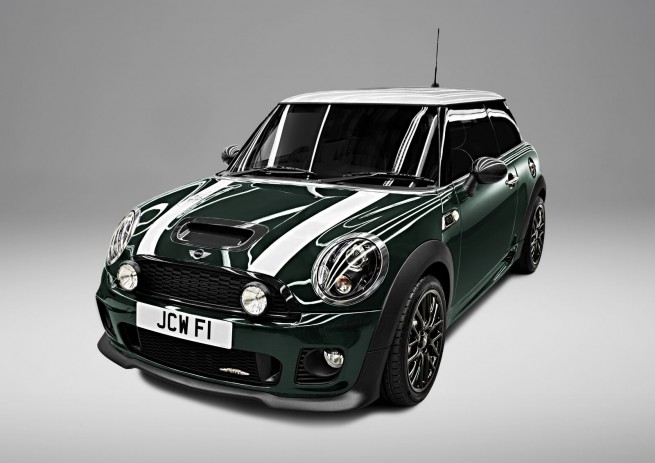 The bodywork of the MINI John Cooper Works World Championship 50 comes in a new colour for MINI, namely Connaught Green – harking back to the famous colour of British race cars of the 1950s and 60s era. It is combined with the roof and bonnet stripes in Pepper White. The green with the white bonnet stripes mirror the colour concept of the Cooper F1 cars. The specification of these colours was provided by Mike Cooper giving the car its authenticity. Mike was consulted throughout the development by the MINI Design department. Mike’s full name is “John” Michael Cooper and he signs himself John Cooper. His signature appears on one bonnet stripe and on a facia plaque. Further accentuating the competitive character of the special edition are the John Cooper Works aerodynamics package and John Cooper Works Cross Spoke CHALLENGE light-alloy wheels in Jet Black.
Designed for extreme sporting fun outside and in.

Ensuring both an optimal view and a striking look are bi-xenon headlights with black interior surfaces and additional driving lights with black housings. The MINI John Cooper Works World Championship 50 also features a plethora of carbon fibre features, among them the bonnet scoop on the bonnet, rear diffuser, exterior mirror caps and tailgate handle. These provide the link to the modern racing era. Special numbering on the side scuttles finishers identifies each MINI John Cooper Works World Championship 50 as an individual entity of an exclusive limited series. 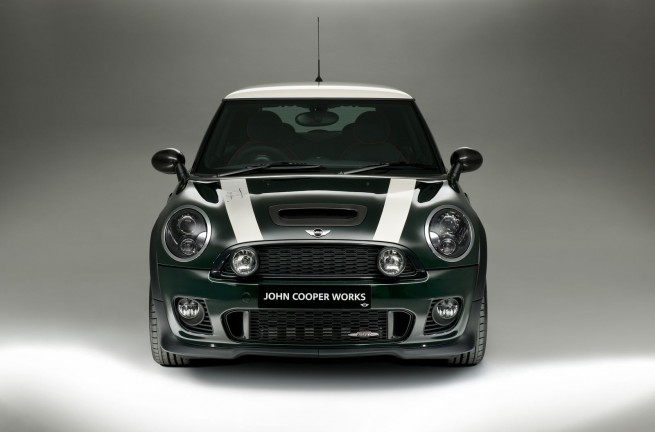 Regarding the interior colour and trim, the racing theme is maintained by Carbon Black overlaid by subtle sporty red touches. The full leather sports seats come in black with red piping and the red theme is perpetuated with co-ordinating red knee-rolls, armrests and red stitching on the floor mats, gearshift & handbrake gaiters. Facia, and door grip finishers continue the carbon fibre theme, as does the John Cooper Works insert on the Sports Steering Wheel, which has an Alcantara rim conceived for sporty driving fun.

Technology from the race track: four-cylinder engine with 155 kW/211 hp. 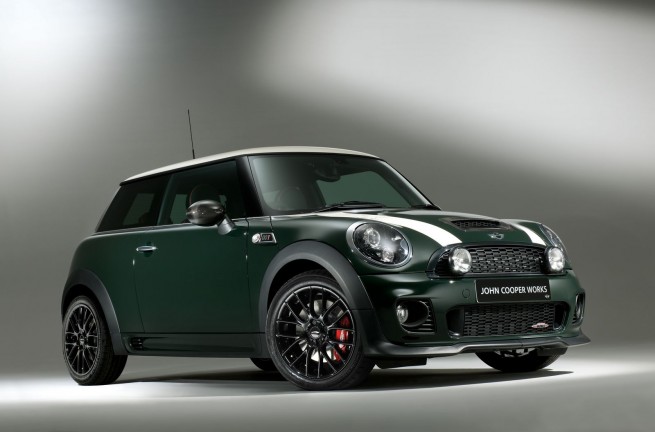 All this enables the MINI John Cooper Works World Championship 50 to accelerate from standstill to 100 km/h in just 6.5 seconds, going on to a top speed of 238 km/h. Average consumption in the EU test cycle is 6.9 litres per 100 kilometres, with a CO2 figure of 165 grams per kilometre.
Also key to the superior performance of the MINI John Cooper Works World Championship 50 is its suspension technology, which is unique for this vehicle class. In addition to the McPherson struts on the front axle and a central-arm rear axle otherwise not found in the small car segment, electromechanical power steering (EPS) also helps guarantee safe and thrillingly precise handling. A Sport button (also standard) on the centre console activates a palpably more dynamic setting with sharper steering response and enhanced precision. In keeping with this, the Sport button also switches the accelerator pedal control map to an even sportier mode. The large sports brake system with red aluminium callipers guarantees short stopping distances. It responds with precision and brake power can be finely applied. 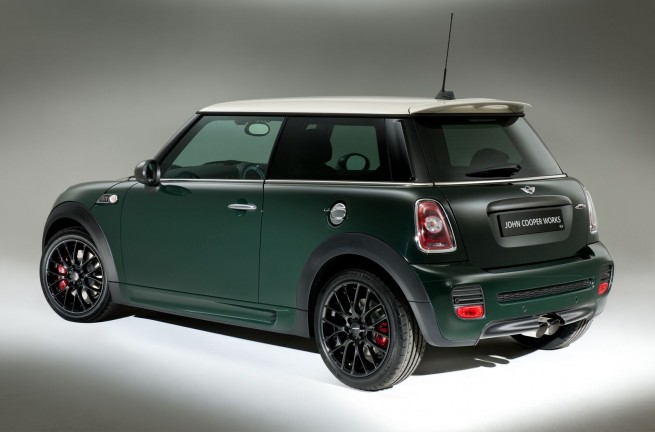 50 years ago: revolutionary concepts lead to success.
The MINI John Cooper Works World Championship 50 is the youngest and at the same time the most intriguing result of a long motor sport tradition shared by the MINI and John Cooper Works brands. Even before the classic Mini was launched onto the market, sports car constructor John Cooper had been casting his eye on this revolutionary new small car. A boost in engine output and a few minor tweaks rapidly transformed what was above all a practical two-door car into a thoroughly competitive sports machine. In the 1960s the Mini Cooper and Mini Cooper S models made their mark as serial winners both in rally racing and on the race track. Absolute highlights in the racing career of the classic Mini are its three overall wins in the Monte Carlo Rally of 1964, 1965 and 1967.

As a close friend and business partner of Mini creator Alec Issigonis, John Cooper paved the way for – and gave his name to – these Mini variants that were to prove so successful in the sporting arena. The man who recognised the competitive potential of the Mini early on and then systematically capitalised on it had previously already created a revolution on the world’s race tracks. He was the first constructor, along with his father Charles Cooper, to field a mid-engined sports car in the Formula One World Championship. In doing so, the team set a trailblazing trend for the entire motor sport sector. In 1959 and 1960, Cooper race cars scooped up the Constructors’ and Drivers’ title in the Formula One World Championship – a first in racing history for mid-engined models. It was a concept that caught on: to this day, all Formula One cars are built according to this principle. 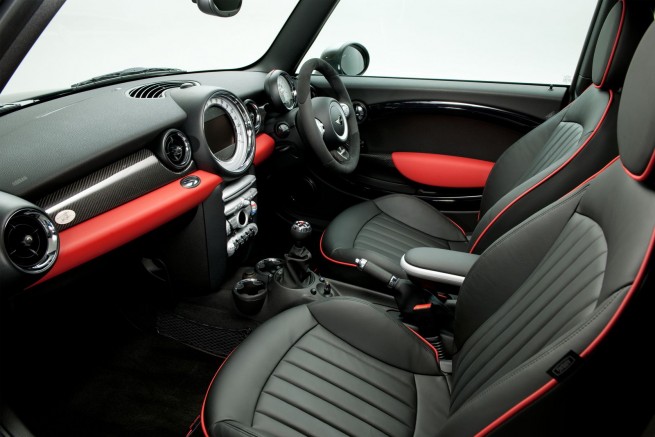 50 years on, the legendary British race track at Silverstone provided the perfect backdrop for the world premiere of the MINI John Cooper Works World Championship 50. From 22 to 24 May 2009, MINI fans from around the world celebrated the 50th anniversary of the brand at the MINI United Festival. They gathered together to enjoy an exciting programme of live performances by top stars from the international music scene, lifestyle action in typical MINI style, and countless intriguing glimpses of the brand heritage. There was of course plenty of racing action as well: Silverstone hosted two rounds of the current German MINI CHALLENGE – reason enough to look back on a racing history as successful as it is diverse. 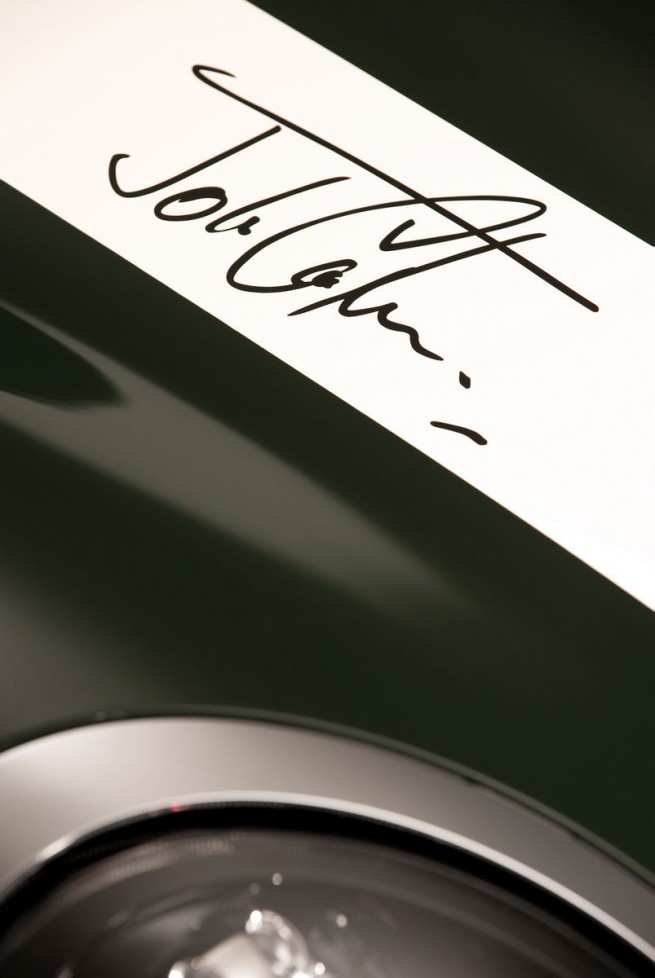