As promised, we’re back with some new information regarding Bangle’s departure from BMW, the reasons behind it and how will this impact BMW and future designs. As we might have hinted earlier, lately it has been an internal argument, about the future of some BMW projects. Apparently, the Project i is the one that divided the designers and the board. Mr. Bangle’s idea did not fully coincide with his protege, Adrian Von Hooydonk and other members of the board. 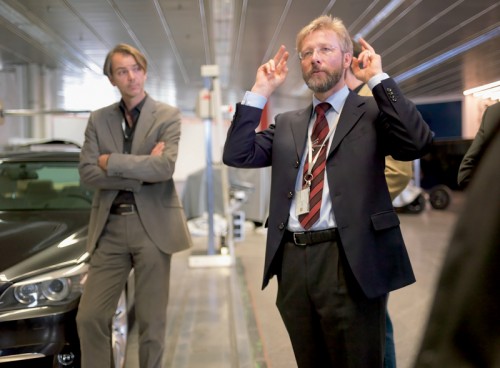 Bangle’s ideas were denied since the company sees a different future for the Project i and this is what might have created a rupture in the team. This conflict might have been one of the main reasons that made him resign since he couldn’t take responsibility for the design strategy chosen by other people.

The Board of Directors tried to convince Bangle to stay on board and alternative positions were offered to him, including the Design Director of the U.S based, DesignworksUSA. Bangle turned down the offers but he will still cooperate at some level with BMW, mainly on non-automotive projects, most likely in the Designworks team. Sources say that he might be involved in some interior design projects, but probably too early to know for sure. The split seemed to have been amicable in the end and we have no doubt that BMW and its board are very fond of Mr. Bangle, and most important, they appreciate what he has done for the company in the past years.

Adrian Von Hooydonk will be the replacement and will be involved in the Project i, which has been “greenlighted” by the Board. Regarding Project i , there was a disagreement on the strategy that needs to be chosen.

As we know, BMW design language and strategy is set in motion years before the models hit the showrooms, so there will not be an immediate change in the BMW, MINI or Rolls-Royce designs. The first post-Bangle era design will be seen in 6-7 years, in one of the new BMWs.

So ….very unexpectedly the Bangle-era has ended at BMW AG. Ironically the advertised “New Era” has at least officially arrived: the company is going through a huge economic crisis, Chris Bangle resigns after many years with the company, the new M models are going turbo and overall, the BMW brand is repositioning itself…a “New Era” indeed.

As an ending point, it is worth mentioning that Von Hooydonk’s ideas on all the design languages was and is very in sync with Bangle views, Project i being the exception.

Who was right or wrong? Time will tell…..

P.S. Us, at BMWBLOG, would like to thank Chris Bangle for all the great work he has done over the years and most important, for inspiring other designers as well. Despite being heavily criticized by media, we believed in his projects and the design course he has chosen for BMW. We would also like to wish good luck To Adrian Von Hooydonk, a great designer that has the potential to fill successfully the spot left open by Mr. Bangle.

Here is our Thank You article to Mr. Bangle, for all his work.

Thank you to our sources for clearing the mystery behind this.