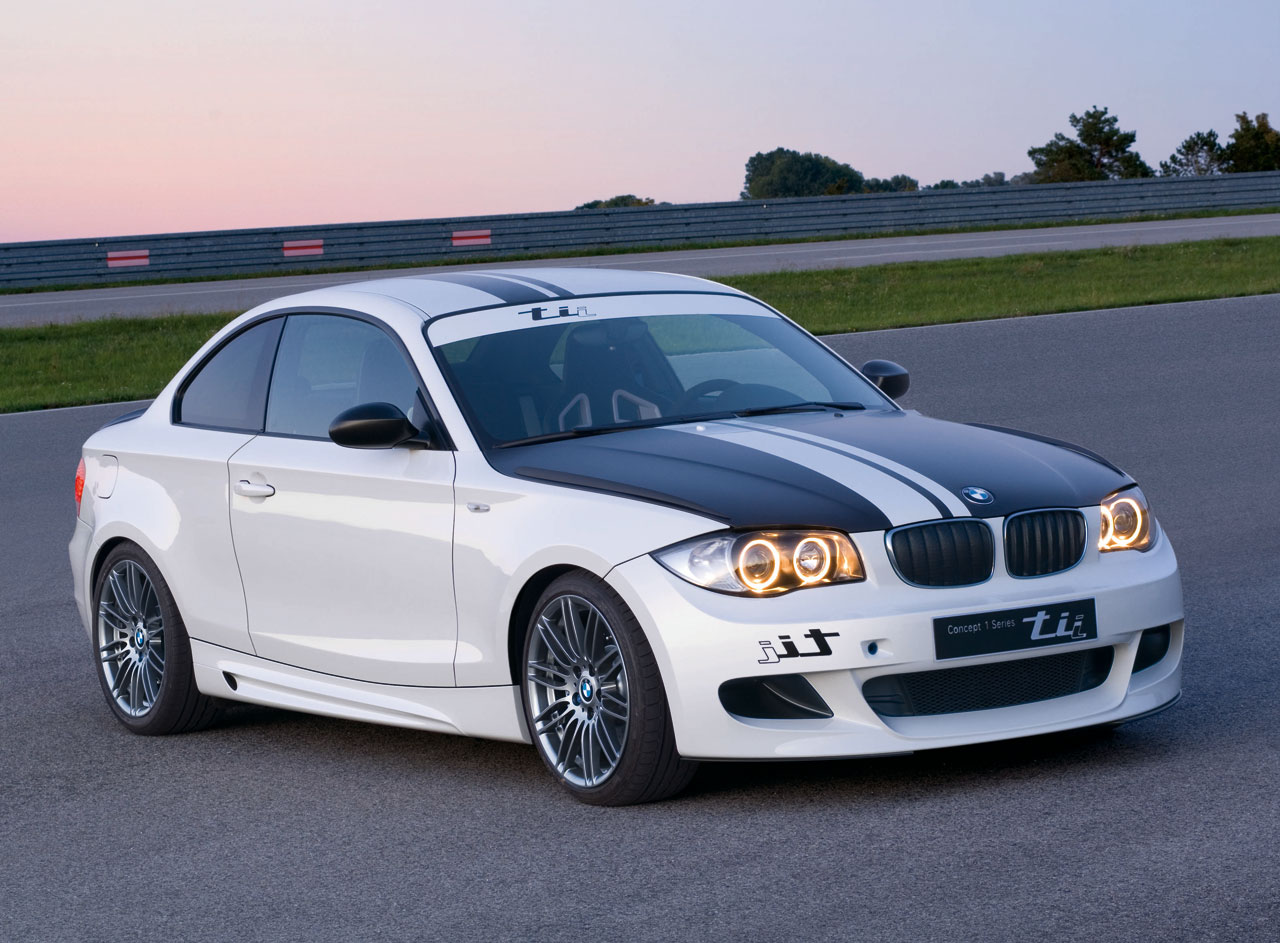 The BMW 1-series tii has finally come to the States. Without a fancy presentation, BMW has unveiled today their 1-series Tii concept. As I have mentioned a few hours earlier, the Tii will remain at the concept stage and it will not go into production as a regular model. Basically, what I was told by the BMW M Brand manager, Martin Birkmann, is that the 1-series Tii that was unveiled at the Chicago Show is just a fully loaded concept model that helps illustration how a 1-series will look if BMW Performance Part will be used.

Also, according to Mr. Birkmann, the U.S Performance Parts Catalog will be released sometimes in the Spring, but…it won’t include the carbon fiber parts.

“We would like to see first how the customers react to our performance parts before we introduce the carbon based parts into the catalog”.

So, for all the BMW enthusiasts, you would have to wait a little longer before you can turn your 135i coupe into a fast and light mini-rocket.

My first impressions are very positive. The Tii looks definitely better in person than in any other photos I have seen so far. The performance parts used on the display model are definitely changing the way a regular 1-series look like. The car has a more aggressive look and you can tell that the BMW M engineers have put a lot of thought into it. The hood has a very unique shape and the side “black wings” found on it, just add to the overall aspect.

The side of the car looks pretty much like the 135i coupe but maybe with some minor cosmetic changes. One thing that I noticed right the way were the side mirrors, which still have the same shape but with a different type of paint. Zoom in the photo and you will see it.

Now let me tell what I liked more about this car: the sport seats.  Even though the car was locked, I asked the lady next to it to let me take some interior photos. I wasn’t allowed to touch the door myself(strange, I know), so there was no way she would let me sit inside. But I still got close enough to touch the material and see how nice it is. Those are definitely sport seats and it’s a shame that this fabric is not available for order on the 1-series coupes.

The seats’ shape is perfect for someone looking to race on the track but also for anyone that would like to take the car on some U.S curvy roads. As you can see in these photos, in order to accentuate the sportiness of this car, BMW has placed some tii helmets on the seats(I wish I could get one of those).

The steering wheel has the same cloth all around it and it goes really well with the white plastic placed in the center.

I also liked the white tachometer with the red indicators, it looks really good and of course, it blends in with the rest of the white interior parts. I am still amazed that BMW has focused so much on the little details.

Take a look at the “tii” inscription that was placed below the sound unit. Pretty cool, isn’t it?

Since the interior is mostly covered in fabric(Alcantara maybe? ), the inside of the doors are following the same trend.

Anyway, that’s it for now. I will let you enjoy the photos and if you have any questions, please feel free to leave a comment.