With just three weeks before its world debut at the 2014 Paris Motor Show, the new 2015 BMW X6 with M Sport Package was spotted near the Spartanburg plant in South Carolina. The new X6 comes… 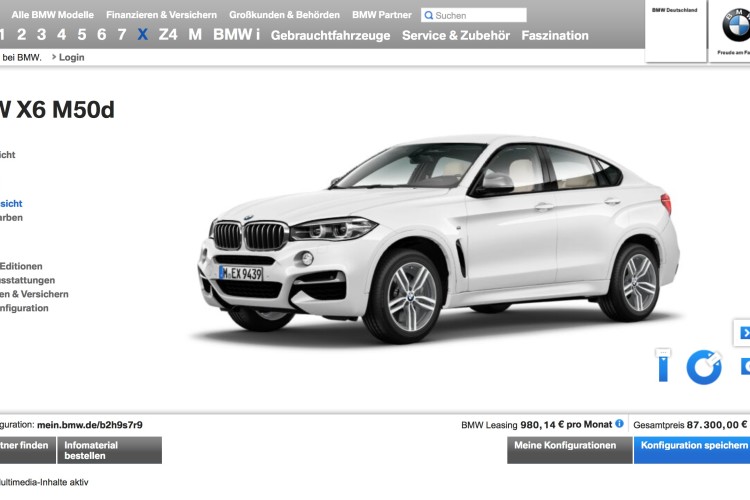 The online configurator of the F16 BMW X6 is now available on BMW.de. Now customers can visualize their dream color on the new X6 with matching wheels, interior trim and different packages. The new X6…

The second-generation BMW X6 is now officially rolling on the production lines at the BMW factory in Spartanburg, SC. The first new car is a Sophisto Gray X6 xDrive35i with black leather interior. It’s bound…

Next month, the new F16 BMW X6 will make its world public debut at the 2014 Moscow Auto Show. The second generation X6 was unveiled back in June and sales will begin in late 2014….

The F16 BMW X6 will make its debut this summer and is sharing a platform with the new F15 BMW X5. This latest video from Nurburgring showcases the new X6 during some hot laps. The…