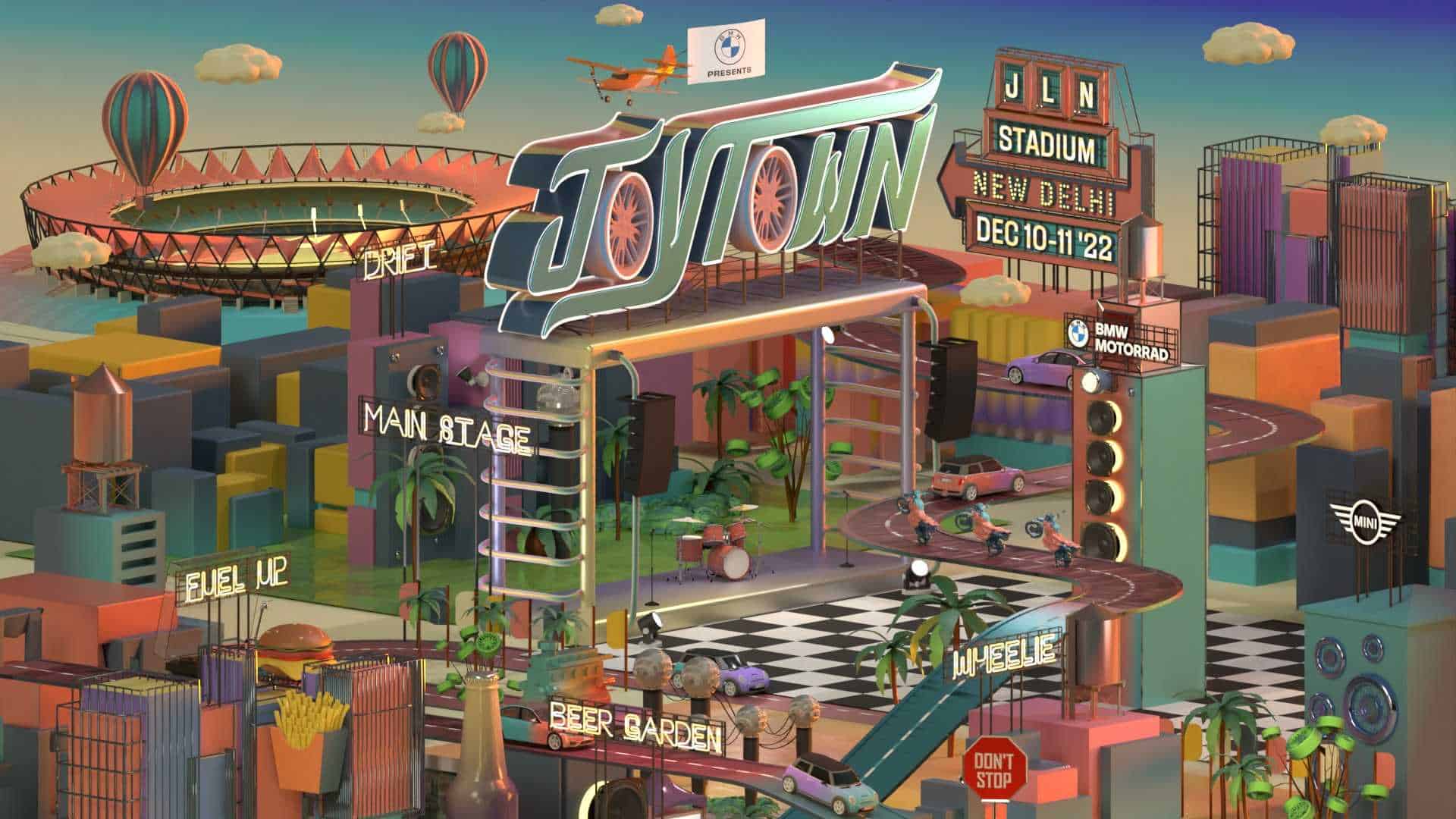 You’ve heard of BMW’s fictional M Town, right? Well, prepare to discover JOYTOWN, a two-day brand experience festival that brings together the core marque along with MINI and BMW Motorrad. It will be held in three cities, with Delhi kicking off the festivities on December 10 and 11 at the Jawahar Lal Nehru Stadium. Up next will be Mumbai on January 7 and 8 at Bandra-Kurla Complex, followed by Bengaluru on January 28 and 29 at the Manpho Convention Centre.

JOYTOWN is touted as being “India’s first-ever music and driving festival” and will provide a mélange of cars, bikes, music, entertainment, and food. Professional drivers and riders will perform stunts and drifts on four- and two-wheeled BMWs, while M models and vehicles equipped with xDrive will also be showcased throughout the event. In addition, various MINIs will join in on the fun.

The BMW, MINI, and BMW Motorrad brands will be displayed across three different zones. BMW India pledges to display the entire lineup of locally available cars, with dedicated areas for sedans and SUVs. The purely electric “i” models will be at the Electric Garden while the performance cars – including the upcoming 2023 XM – will be exhibited in the aforementioned M Town.

Festival attendees will also have the possibility to visit the MINI BIG LOVE Zone to discover the current model offerings and even paint one of the cars. Oddly enough, there’s going to be a rock-climbing zone.

As for the BMW Motorrad Zone, it’ll have the whole array of bikes available in India, along with custom bikes, accessories, apparel, and a dedicated Beer Garden section.

JOYTOWN entry tickets cost INR 1800 (about $22) and kids under the age of 10 can attend the festival for free. Smartcards to buy food and beverage will be available at the coupon counters within the festival zone. Also at an additional cost, participants can pay extra for the Gymkhana Experience, xDrive Offroad Adventure, and BMW M Adrenaline Laps.