BMW Concept i4 revealed in first videos and commercials

Home » BMW Concept i4 revealed in first videos and commercials 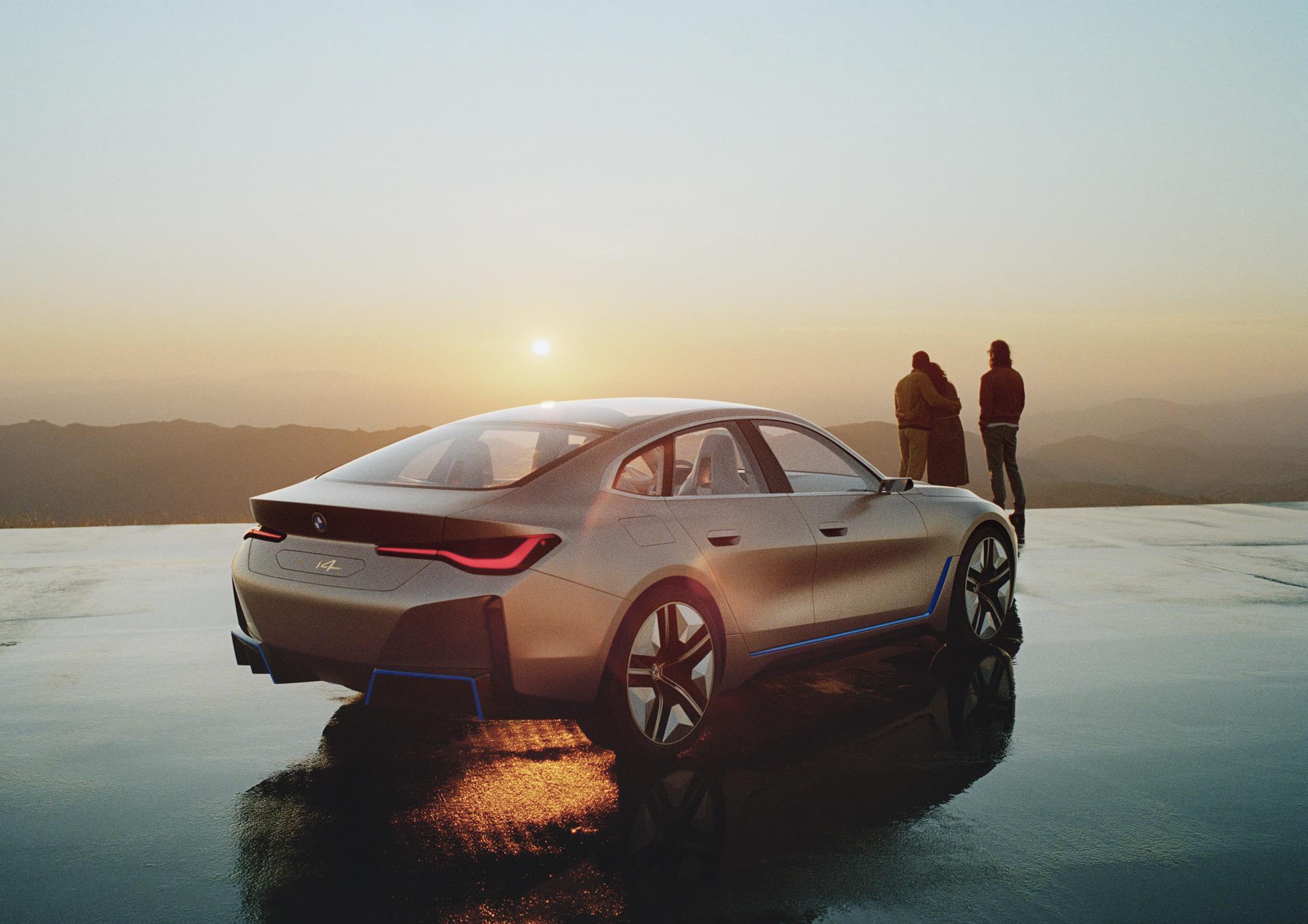 The BMW Concept i4 is finally here. The plan was to unveil the new electric car at the Geneva Motor Show, but the COVID-19 forced the Swiss government to shut down the event. So BMW has opted for an online reveal showing the car in all its splendor.

At the same time, they released a couple of videos that show the car in motion, giving us a better view of its design. Speaking of the design, the BMW Concept i4 features some radical yet attractive and exciting yet familiar lines.

Sure, its monster kidney grilles are going to cause some controversy but we’ll all get used to it and it actually sort of works on an electric car, despite the irony. 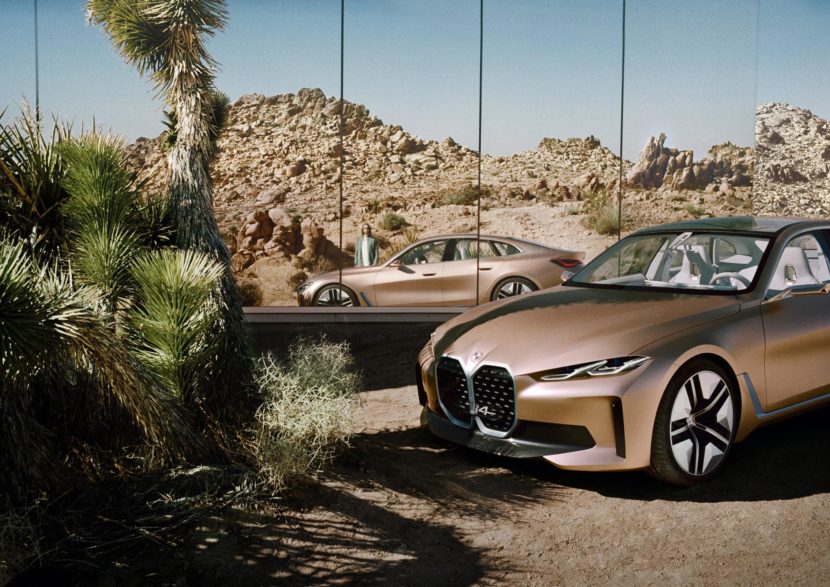 Rather than be used to bring air into an engine, as the BMW Concept i4 obviously has no engine, the signature kidneys have become what BMW calls “Intelligence Panels”. So they now house a variety of sensors, which is actually quite clever.

The headlights retain the same four-eyed design but in a much sleeker, more vertical layout. Unfortunately, we might not see the exact same headlights in the production car.

Out back, the BMW Concept i4 gets quite plain looking taillights but they get balanced out by two massive diffusers, one on either side of the rear end. Those rear diffusers are trimmed in blue, as are the grilles and side skirts, to signify its BMW i heritage. 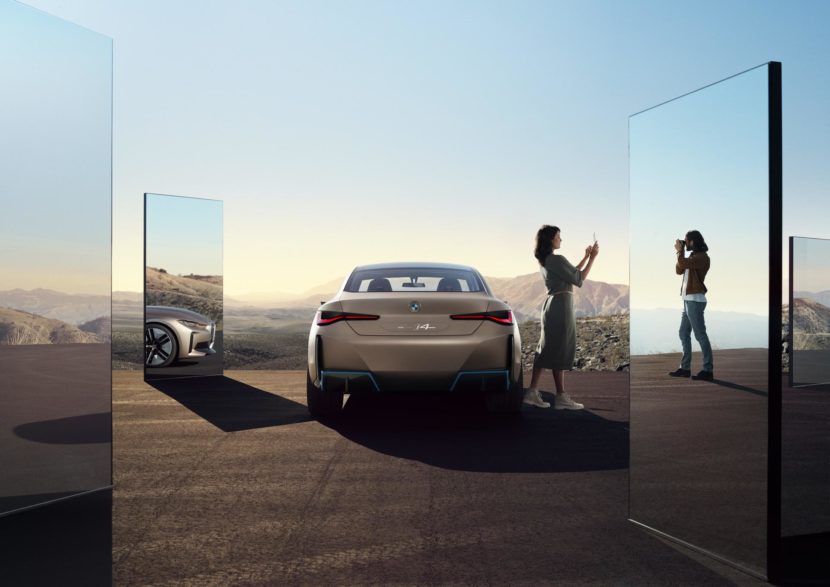 All in, the BMW i4 Concept is an interesting looking car. Its proportions are spot-on, with a long nose, an aggressive roofline, muscular rear haunches and short overhangs.

Until we get to spend some time with the car in real life, let’s enjoy these videos: