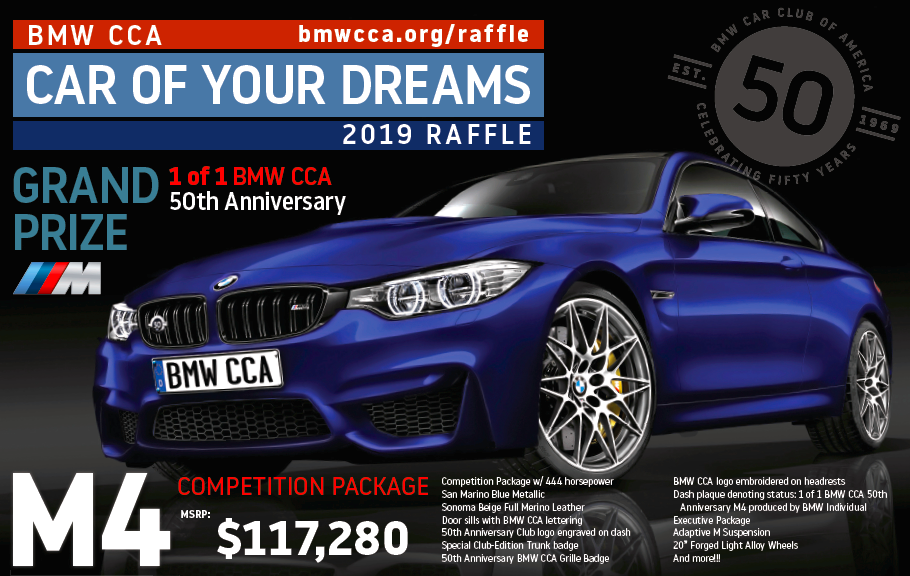 This year’s BMW CCA Car Of Your Dreams Raffle will feature not one, but two special 1-of-1 cars to celebrate the club’s anniversary year! The Grand Prize will be a 1-of-1 BMW CCA 50th Anniversary M4 with Competition Package built by BMW Individual. This special-edition, San Marino Blue Metallic, 444-horsepower M car has been customized with unique features in honor of the club’s anniversary. This is only the second 1-of-1 M car ever produced by BMW Individual for the Club. The first was the Grand Prize Club Edition E92 M3 given away during the 2013 raffle. 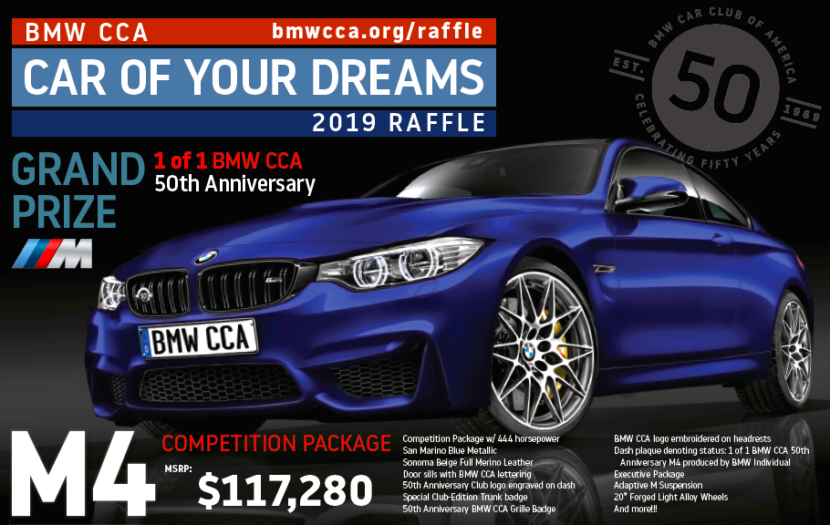 The First Prize raffle car will be the 1-of-1 Dinan Club Edition M2 Competition. Yes, Dinan has done it again! This is the sequel to the most sought-after raffle car the BMW CCA has ever produced. Dinan has transformed this manual, Long Beach Blue M2 Competition into an absolute beast and what may become the most famed M2 Competition ever built. The world will see this incredible machine come to life through a series of videos produced by Dinan that will be released throughout the raffle campaign. No expense has been spared on this build that features a full slate of Dinan’s performance parts, along with Forgeline GTD1 wheels wrapped in Michelin Pilot Sport 4S rubber. The MSRP with Dinan and Forgeline upgrades is $84,688.

The Main Prizes will be the M240i, an amazing car with exceptional performance capabilities that sprints from 0 to 60 mph in 4.6 seconds. The BMW M240i is powered by a 3.0-liter, 6-cylinder inline engine complete with direct injection. The MSRP for the M240i is $45,800.

TICKETS ARE ON SALE NOW! 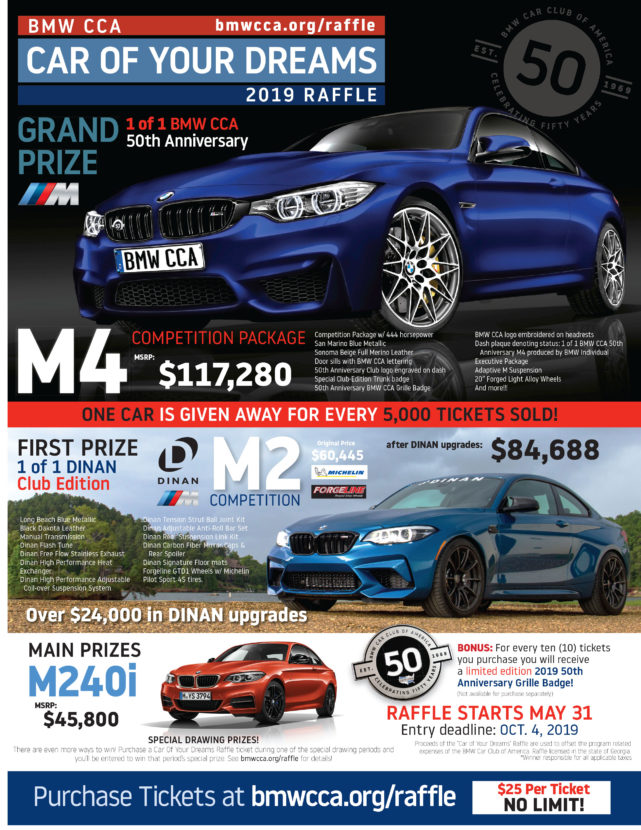 Raffle ticket sales for 2019 are on sale now. Tickets can be purchased online at bmwcca.org/raffle and each ticket provides a 1-in-5,000 chance of winning a new BMW. One BMW will be given away for every 5,000 tickets sold. Last year, the BMW CCA gave away a record-tying nine cars and a partial cash prize.

For every 10 tickets you purchase you’ll receive this limited-edition, BMW CCA 50th Anniversary grille badge. This year’s badge pays tribute to the 50-year-history of the club that was all started by a group of enthusiastic 2002 owners in 1969. There’s no better way to show your support of the Club than displaying this ultra-collectible badge on your car’s grille!