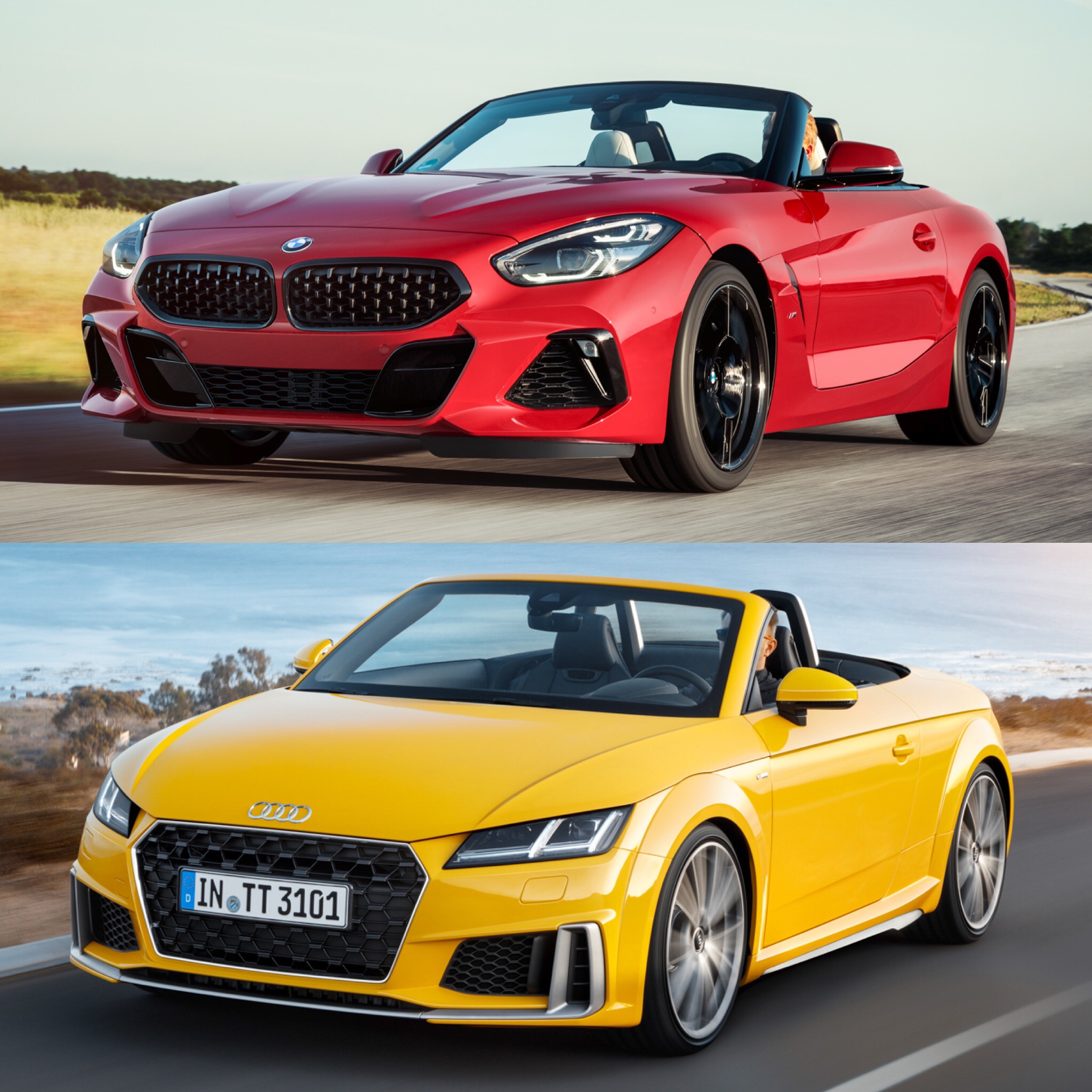 Today at Pebble Beach, the all-new 2019 BMW Z4 M40i made its worldwide debut, replacing the aging E89-generation Z4. This new G29-generation BMW Z4 looks better, more aggressive and more exciting than the car it replaces and it’s set to be a significantly better car to drive as well. The Audi TT isn’t the new kid on the block anymore.

Even after a refresh, the new Audi TT and TTS Roadsters are still getting a bit old. In fact, after only a few years of being on sale, the Audi TT Roadster is the oldest convertible in its segment, aside from maybe the Mercedes-Benz SLK-Class (does Mercedes still even sell that?) but that’s not even competitive anymore. While the Audi TT is still a great car, it’s going to have a tough time taking on the brand-new Z4. But we haven’t driven the new Z4 yet, so we’re going to have to hold off on judging their driving dynamics. Until then, though, we can judge them on their looks. So which looks better?

From the front, it’s not so easy to choose. The Audi TT is clearly the cleaner, tidier looking car but it’s also the less exciting. The BMW Z4’s face is handsome but busy, though it’s very visually interesting. It’s certainly the more aggressive and exciting of the two and, in this segment at least, that matters. So we’re going to have to say the Z4 has the better looking mug.

In profile, both cars are very different. The Audi TT almost has a mid-engine look, despite being front-engine, and seems to be a bit more exotic. However, the BMW Z4 is more traditional and looks like a classic sporty roadster, with its long hood and short rear deck. Again, though, the Audi TT is the more docile looking of the two.

Admittedly, this is a standard Audi TT we’re looking at, up against the absolute sportiest variant of the new Z4, the M40i First Edition version. Though, the Audi TTS is barely any sportier looking and the TT RS is not in competition with the Z4 M40i, as it’s more powerful and much faster.

Out back, even the TT’s refreshed rear diffuser and new exhaust pipes can’t match the Z4’s aggression. It looks so much angrier and sportier than the TT from the back and it seems to have a better stance as well. So the Bimmer has the better looking rump.

On the inside, it’s a bit complicated. Despite being older, the Audi TT actually looks more modern, thanks to its ultra-slick Virtual Cockpit and circular air vents. The BMW Z4 looks great, too, thanks to its own new digital instrument panel and new iDrive screen. However, the Audi TT Roadster’s interior looks like that of a sporty roadster, with minimalism and driver-focus, while the BMW Z4 looks like it could have borrowed its interior from a 3 Series. Sort of because it has with the upcoming 3 Series.

When all is said and done, though, the BMW Z4 M40i is probably the car I’d buy with my own money. I just personally like the classic roadster shape a bit better than the pseudo mid-engine look of the Audi TT Roadster. Having said that, I’d happily drive either. 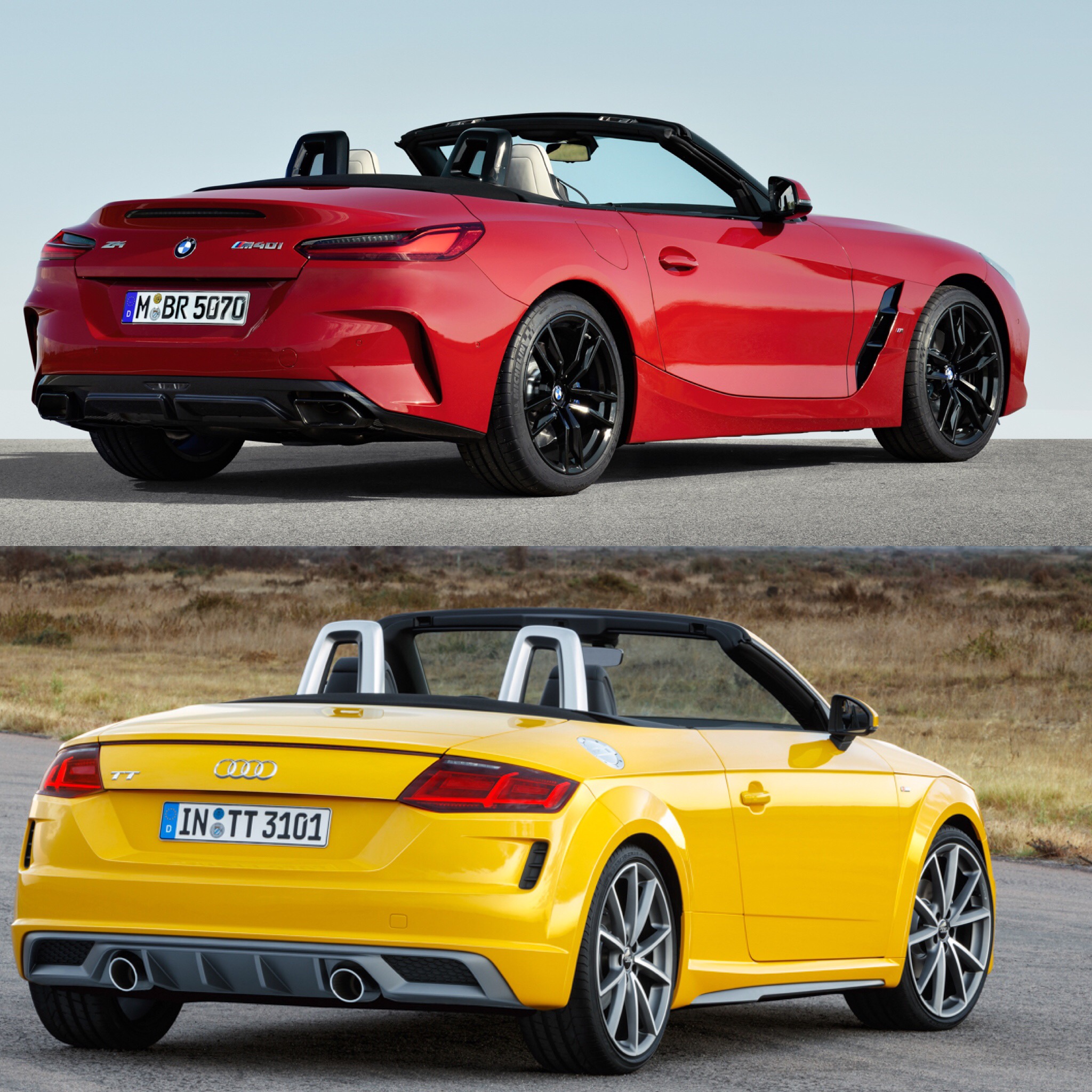 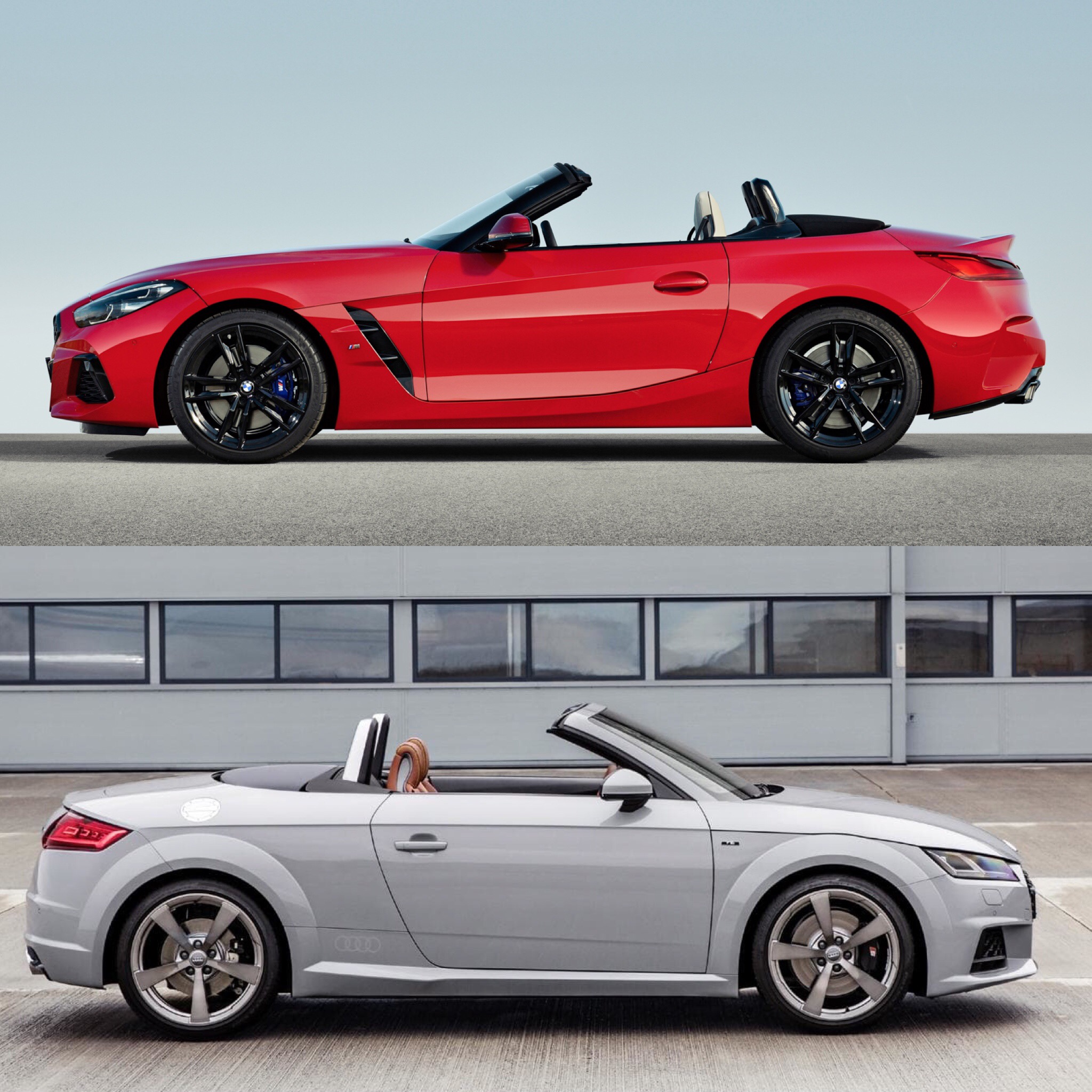 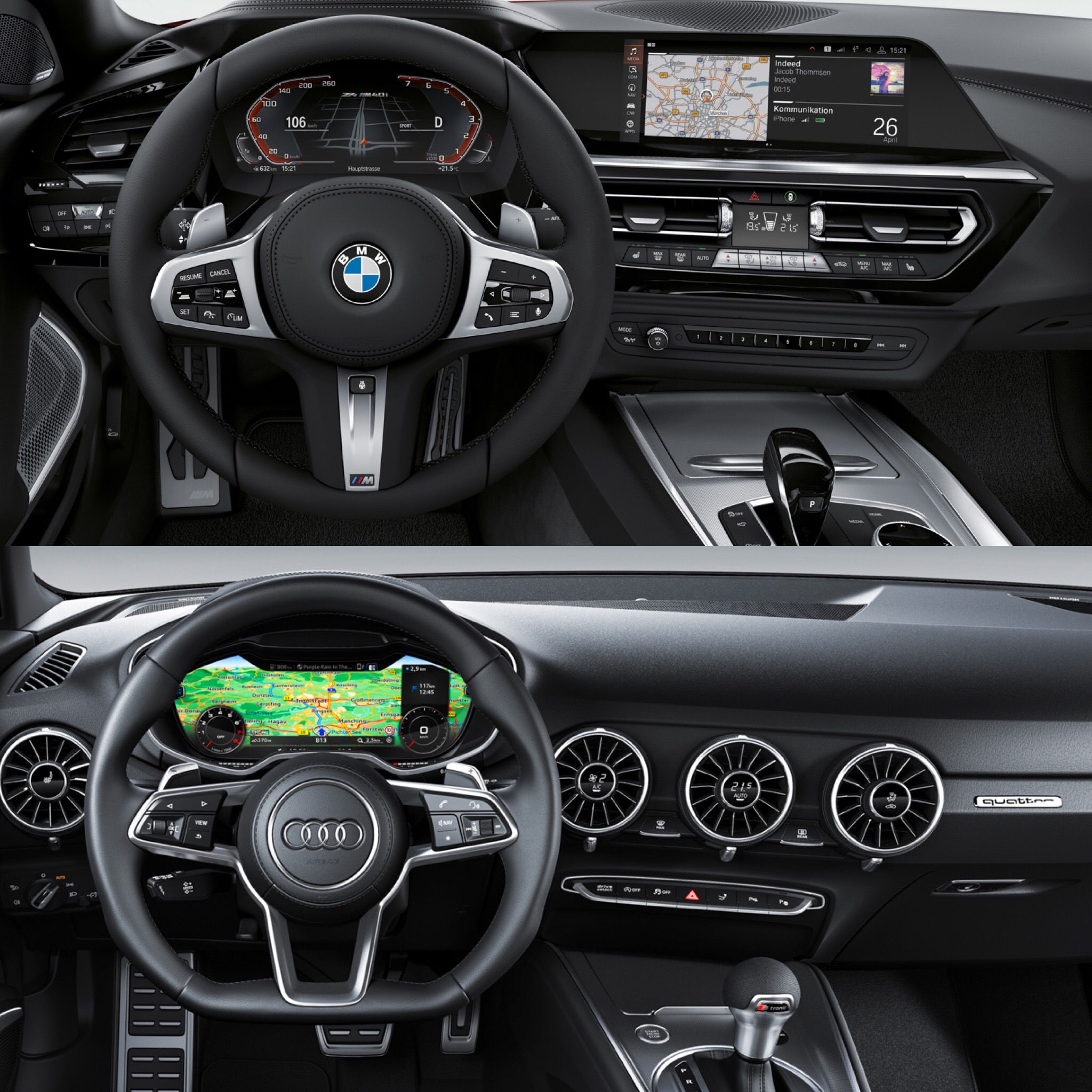