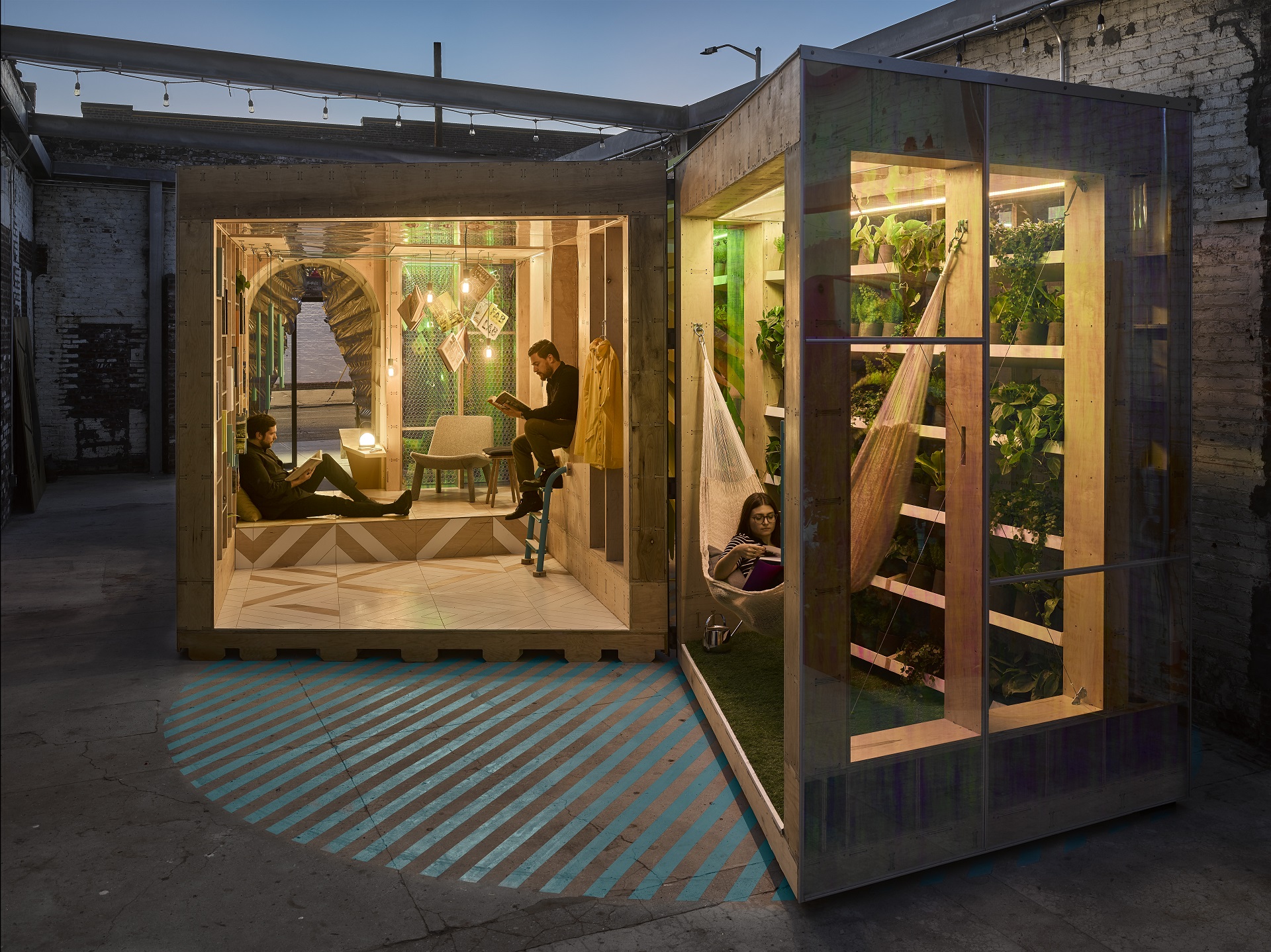 MINI has been a brand associated with living inside a crowded city ever since it was launched. The original car was small and fuel efficient so that its owners would have a perfect mobility solution at their disposal around urban areas around the UK. Over the years, even though the cars themselves grew in size considerably, the focus remained the same and, for some years now, MINI has been looking for living solutions for the young people out there finding it harder than ever to pay rent.

This year, MINI designed a Living Urban Cabin that is currently being shown at the A/D/O. Designed by MINI LIVING in collaboration with New York-based architecture firm Bureau V, MINI Living Urban Cabin at A/D/O aims to offer a solution to the modern challenges of urban living in the form of a micro-living, shared-housing concept. MINI founded A/D/O as a creative space dedicated to exploring new boundaries in design. A/D/O aims to stimulate great design and be a prolific source of new ideas that improve urban life. 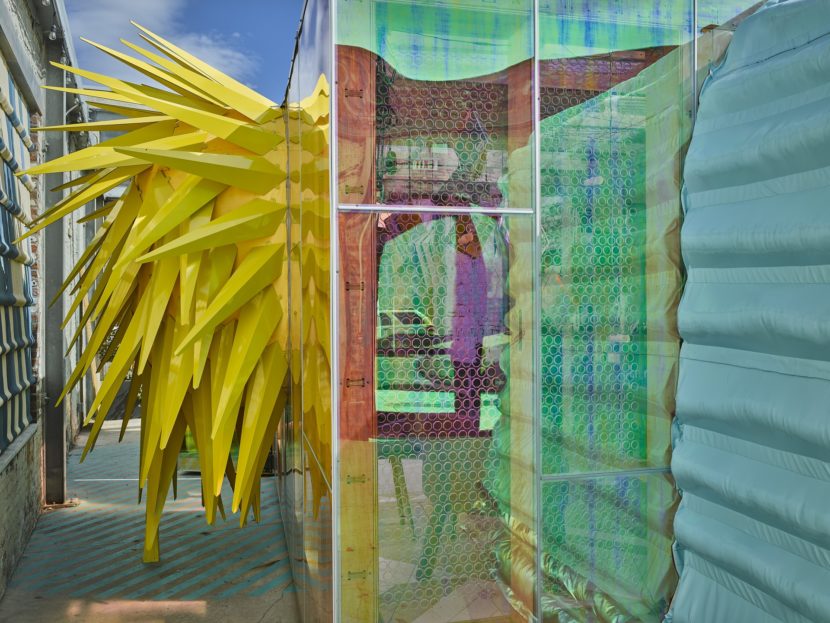 The Urban Cabin is a compact micro-house (approximately 160 square feet) designed to fit up to two people, featuring transformational aspects that enable both moments of privacy and interactions with the outside world in a clever and charming way. First launched at the London Design Festival 2017, Urban Cabin is an ongoing project that explores the future of urban habitats based on the creative use of space. As a means of this exploration, the MINI Living team has designed the micro-house as a research space for relevant urban needs and local cultures.

As the Urban Cabin moves locations, the MINI Living design team partners with architects in each city to learn and explore what is unique about their hometown. These local architects then create Kitchen and Experience rooms in each city’s Urban Cabin. One of today’s biggest challenges is the global crisis of forced migration, which has reached a record high. While this crisis involves numerous complex issues, at its core is a question of home. Millions of people from all over the globe call New York City home, making it one of the most culturally diverse cities in the world. The collaboration between MINI LIVING and Bureau V at A/D/O in New York City addresses the question of “home” through the URBAN CABIN, which creates a respite for the urban citizen, providing a sense of comfort and humor. 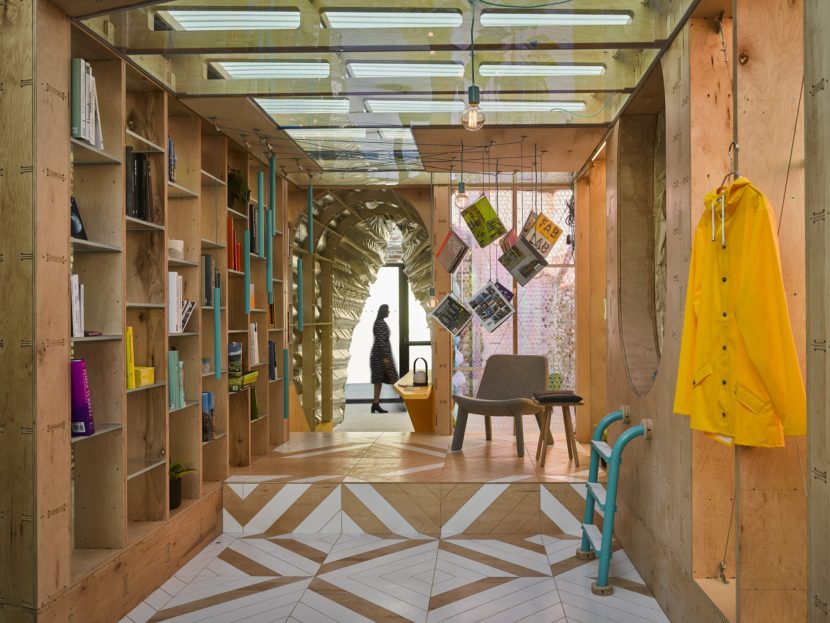 “The iridescent surface of URBAN CABIN plays with the angle of vision, your point of view on New York. Like when you are walking through the city – the colors are changing while you´re moving. The interior is a room of inspiration and surprising interaction designed to evaluate the personal needs of the NYC urbanite. It is crucial to our design process that we truly understand what makes living in this specific city unique,” explained Corinna Natter, Experience Designer MINI LIVING.

To complement the URBAN CABIN installation, A/D/O will host a series of events and workshops throughout the month of October, which will focus on topics of a changing residential landscape and further development of the URBAN CABIN into an inhabitable concept for 2018. The events will culminate in a workshop with AIANY’s New Practices New York committee on October 27th at 12 p.m., as part of a series entitled “New Local: Finding Ground in an Uncertain World.” MINI LIVING URBAN CABIN will be on view in the outdoor courtyard at A/D/O from October 6 – November 22, 2017. 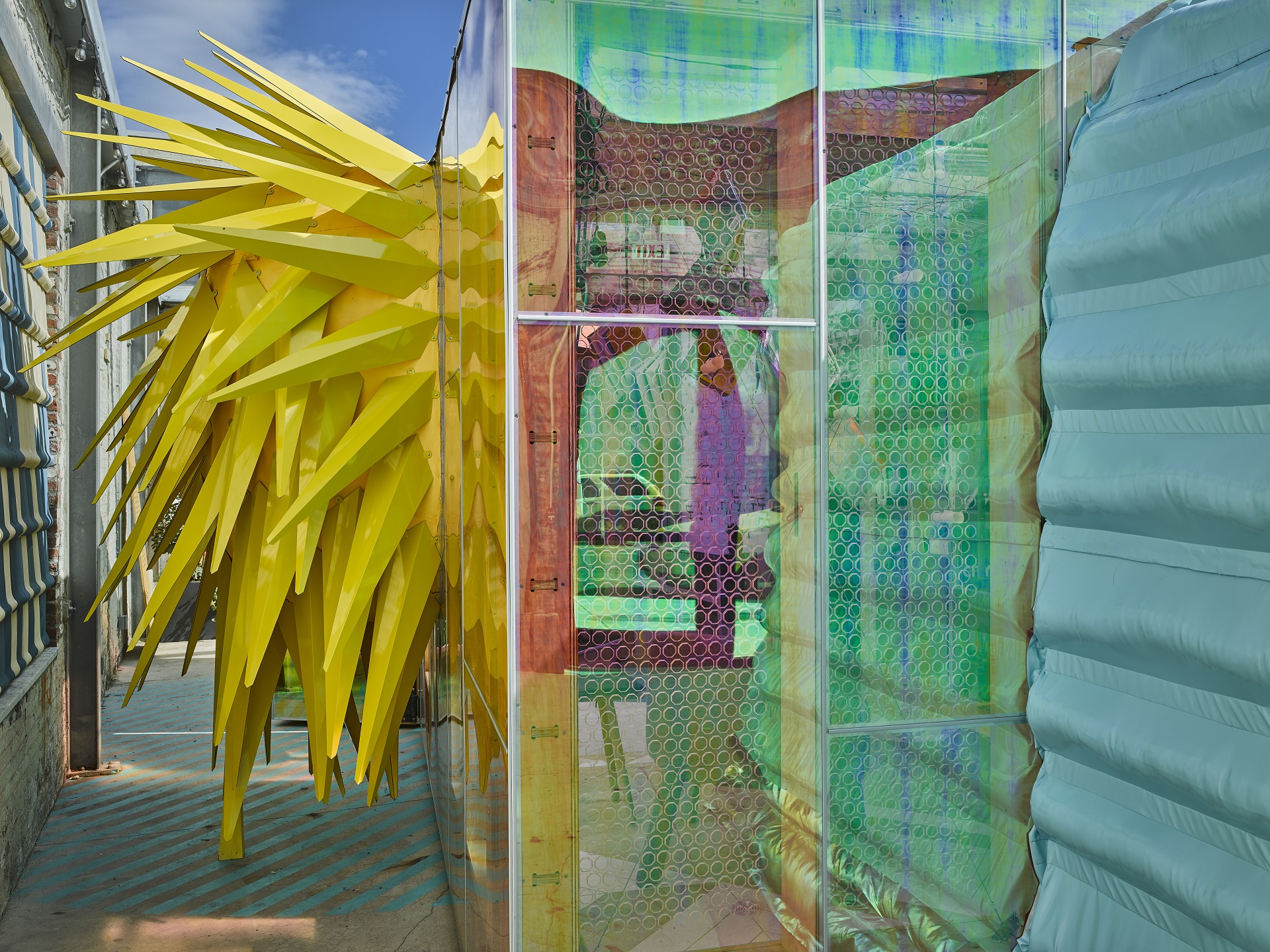 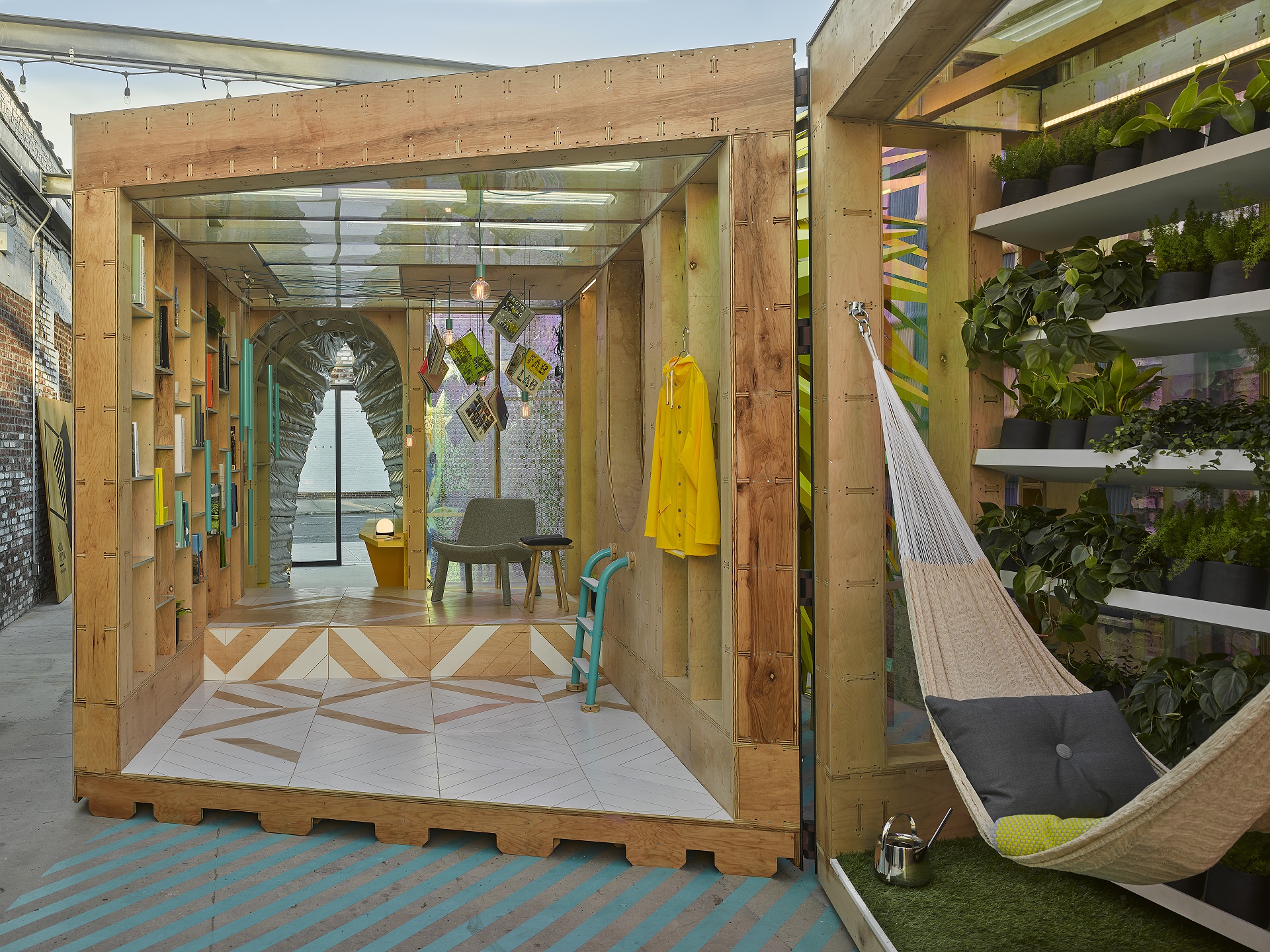 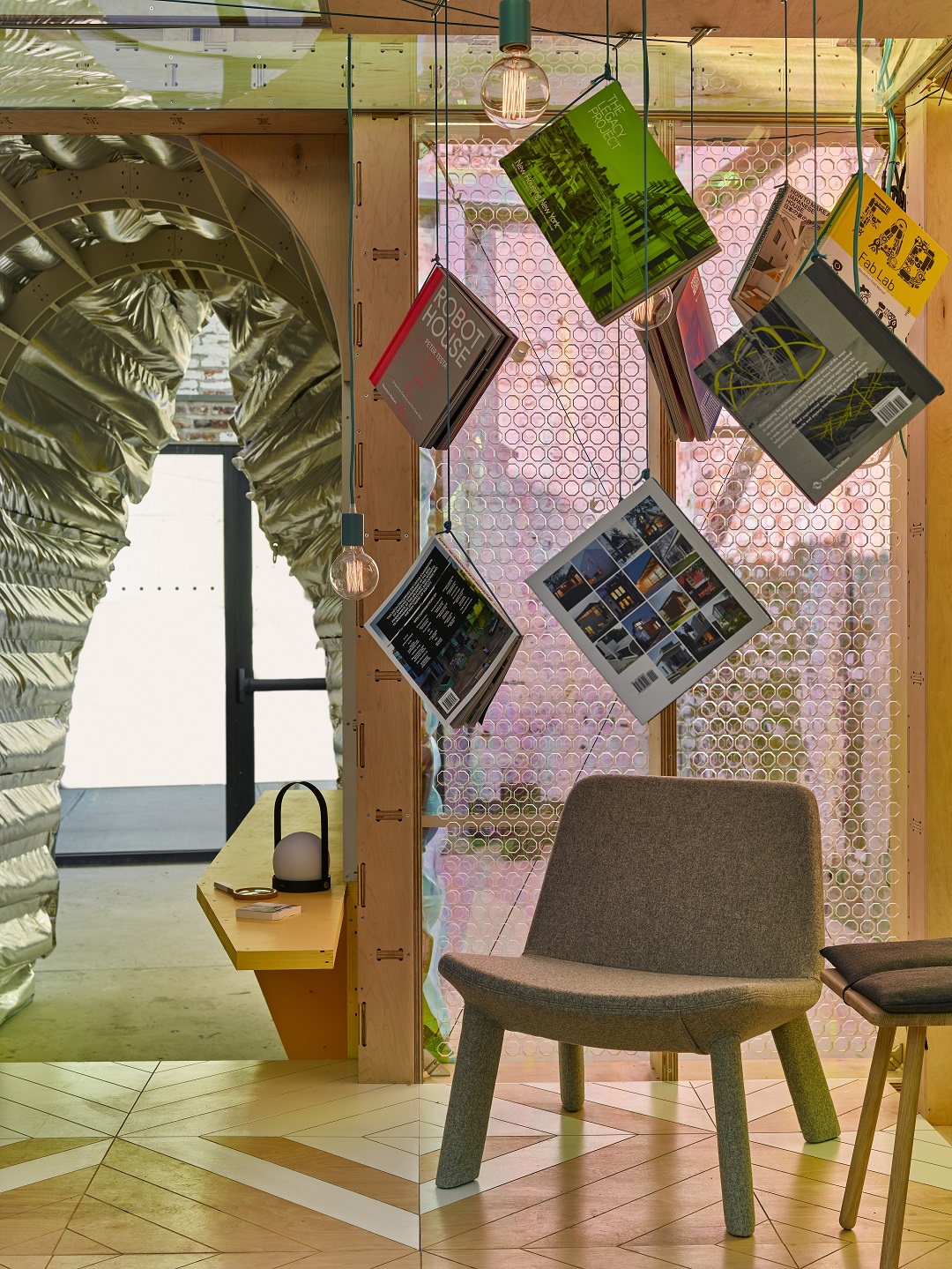 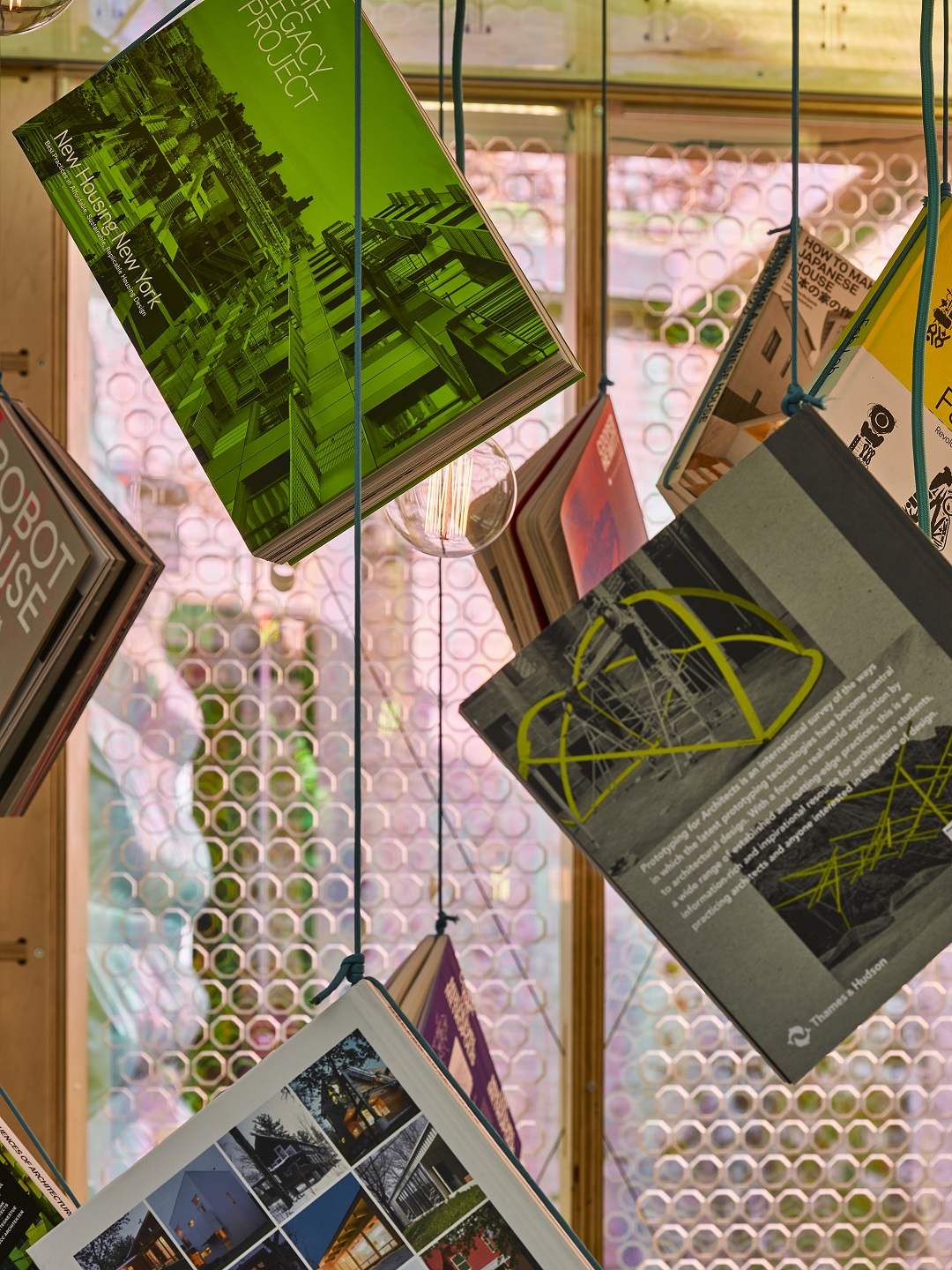 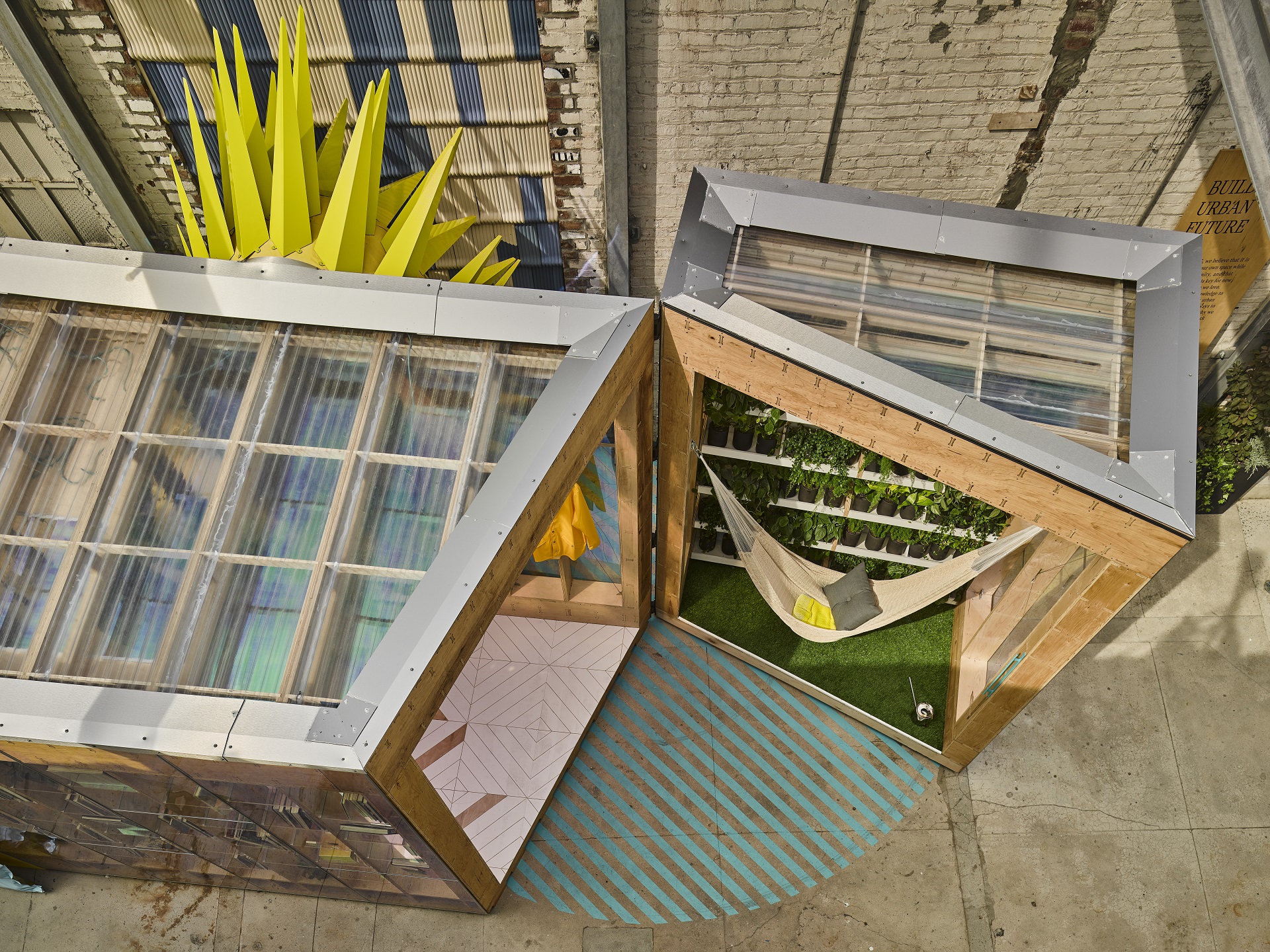