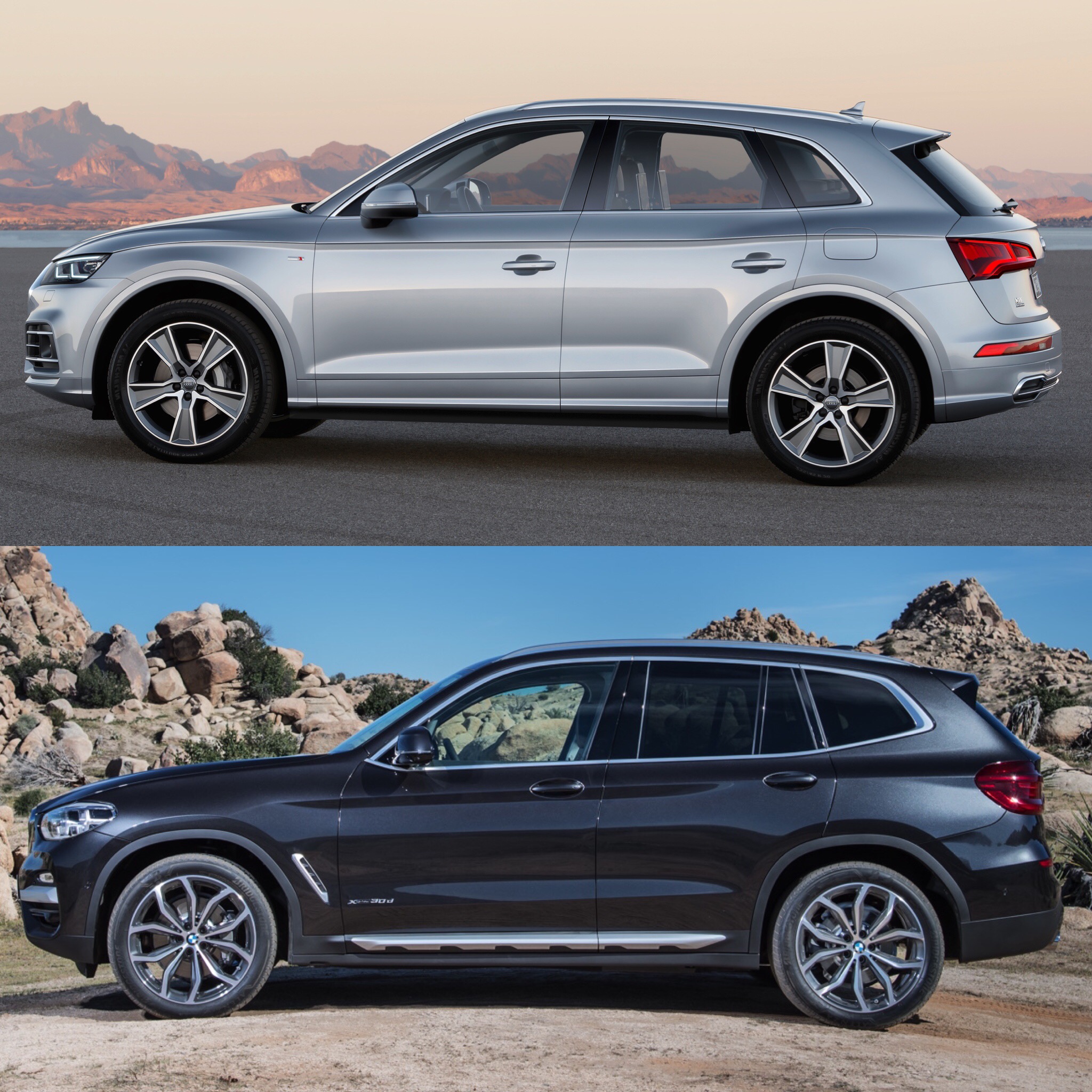 For the first few months of the new, second-generation Audi Q5’s existence, it’s enjoyed record sales. Compared to most of its rivals, it’s been doing quite well. One of those rivals was the F25-generation BMW X3, which the Q5 has done well against. Reason being is that the F25-gen BMW X3 was getting really old, having debuted in 2011. So customers were a bit bored of its design and started flocking toward the brand-spanking new Q5. Now, though, BMW has released some fresh competition for Audi’s new Q5 — the third-generation G01 BMW X3.

Now that BMW has premiered its new X3, we thought it a good idea to compare it to the new Audi Q5. Obviously, we haven’t driven the new X3 yet so we can’t compare how the two will drive. What we can compare is how they look and what sort of specs they both have. 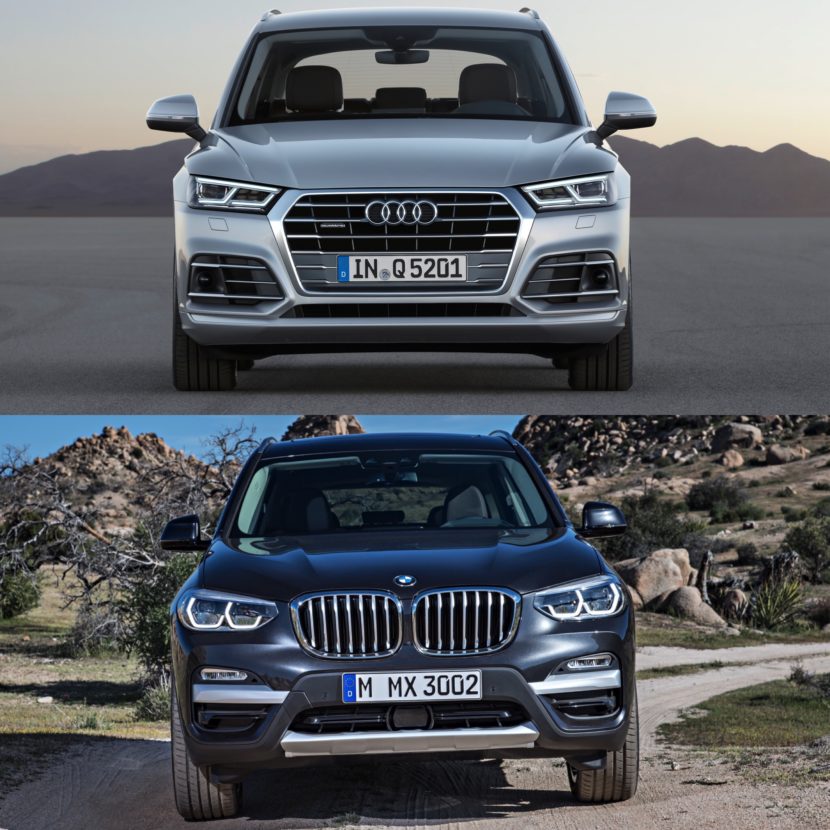 From the outside, it’s immediately obvious that the new BMW X3 is more muscular looking than the Audi Q5. The former has an aggressive shoulder line, muscular haunches and flared nostrils. It’s the angrier looking of the two cars. By comparison, the Audi Q5 is almost sterile. Though it has sharp, crisp and smart-looking lines and is attractive in its own right. It’s just no one near as aggressive or in-your-face as the new X3. BMW also seems to be pushing the idea that the new X3 is a pretty rugged car with some decent off-road capability, so it’s the more rugged-looking car of the two. It has a sort of Mad Max feel, especially in the pictures of it in the desert.

Inside, they both represent polar opposites in design. The cabin of the Audi Q5 is crisp and minimalist, with no unnecessary lines or design elements. It’s handsome, filled with technology and features superb ergonomics. By contrast, the BMW X3 is filled with sharp angles, changes in design and eye-catching lines. Where the Q5 seems smart and high-tech, the X3 seems exciting and aggressive. Both are very good looking, both are just very different. It really depends on what you’d like to drive everyday, something sporty and aggressive or something sleek and minimalist. Both are packed with tech and luxury, though, so you can’t go wrong with either.

While both cars are really very different on both the outside and inside, they’re actually quite similar in terms of power and performance. Base spec for each car — the Audi Q5 2.0T and BMW X3 xDrive30i, respectively — come with 2.0 liter turbocharged four-cylinder engines making similar power. The Audi Q5 makes 252 hp while the BMW X3 makes 248 hp and both cars are paired to eight-speed ZF-sourced automatic transmissions with all-wheel drive. Though, Audi claims its Q5 to be a bit quicker than what BMW claims for its X3. The Q5 2.0T is said to do 0-60 mph in 5.8 seconds while BMW claims 6.0 seconds flat for the X3. Those differences are tiny but, still, the Q5 is said to be quicker. 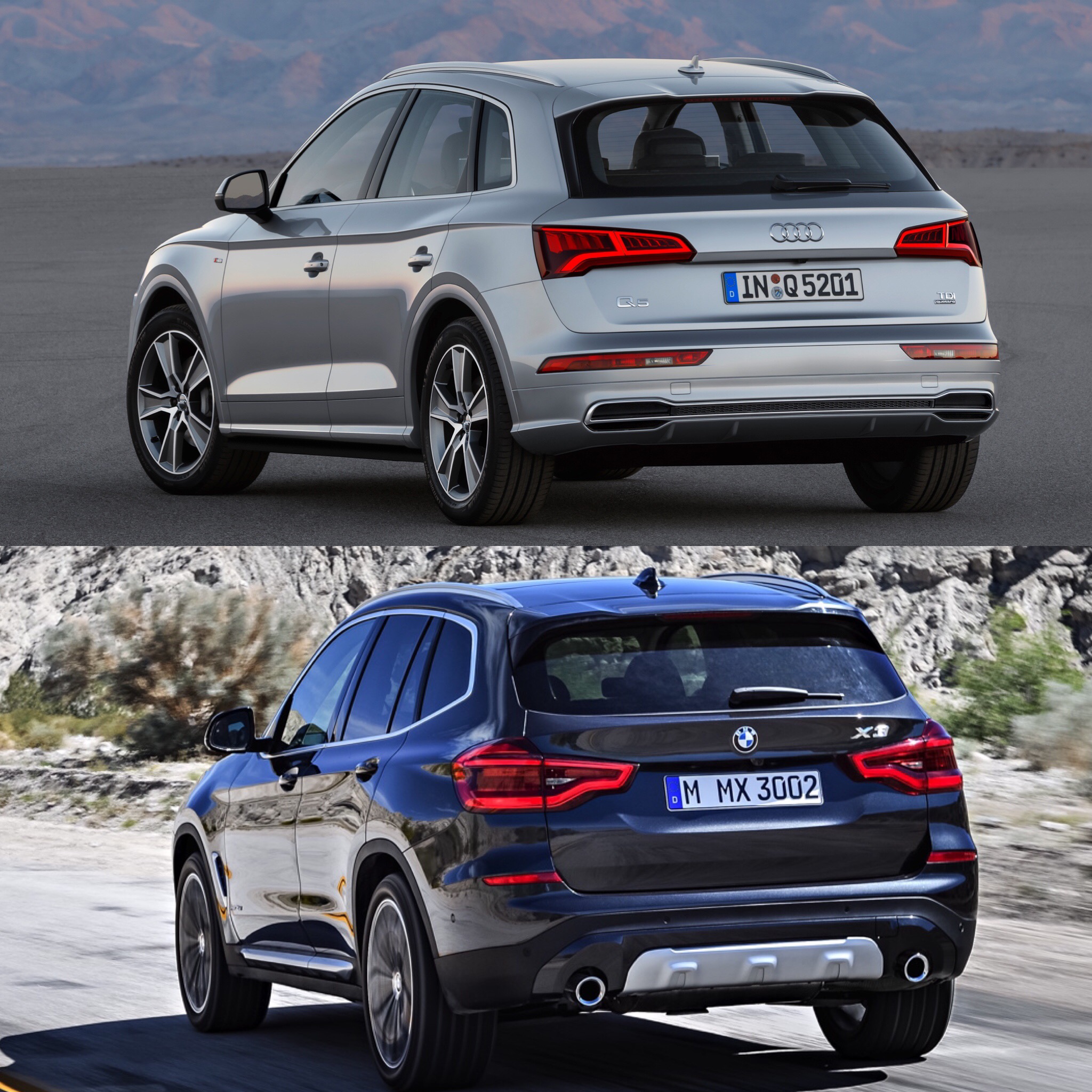 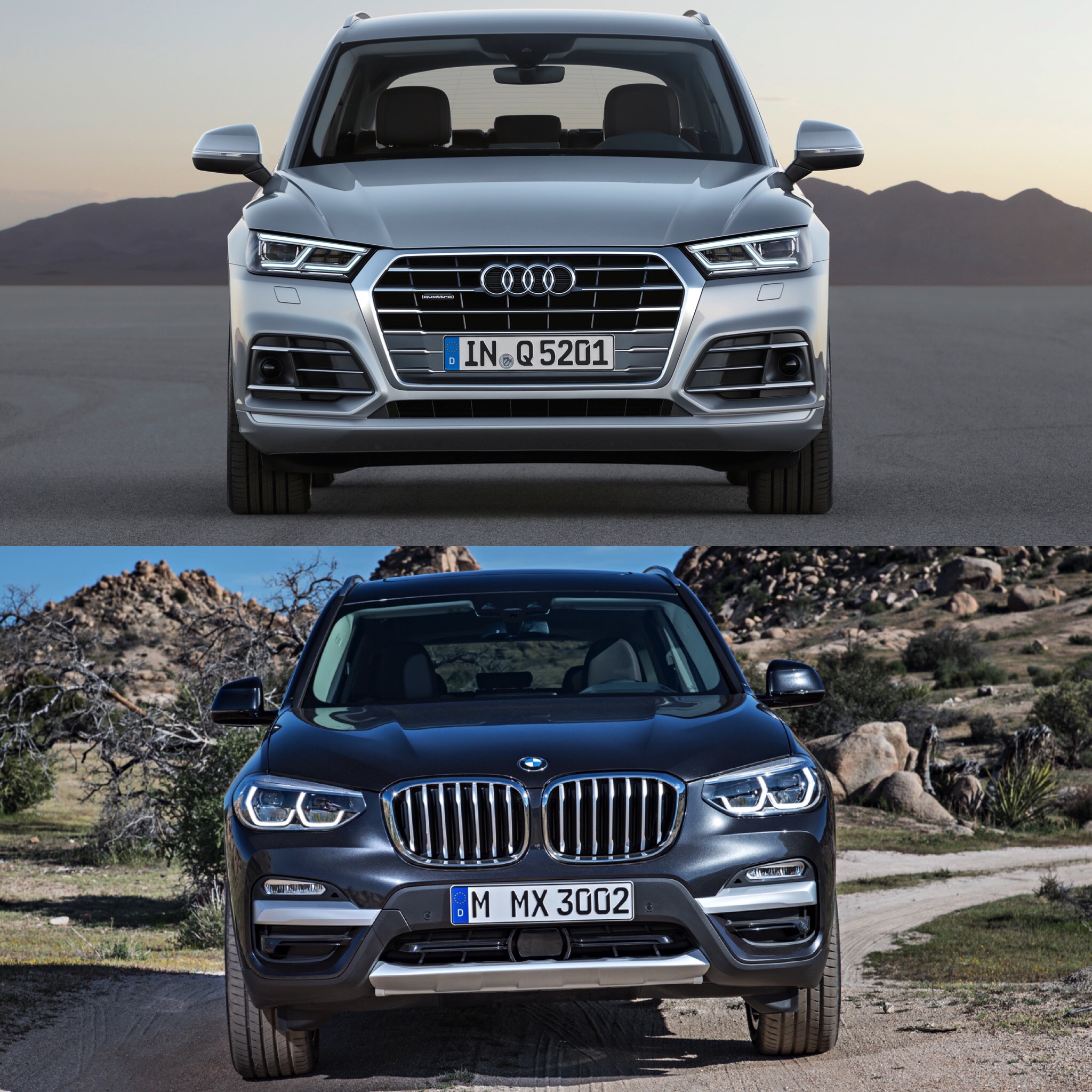 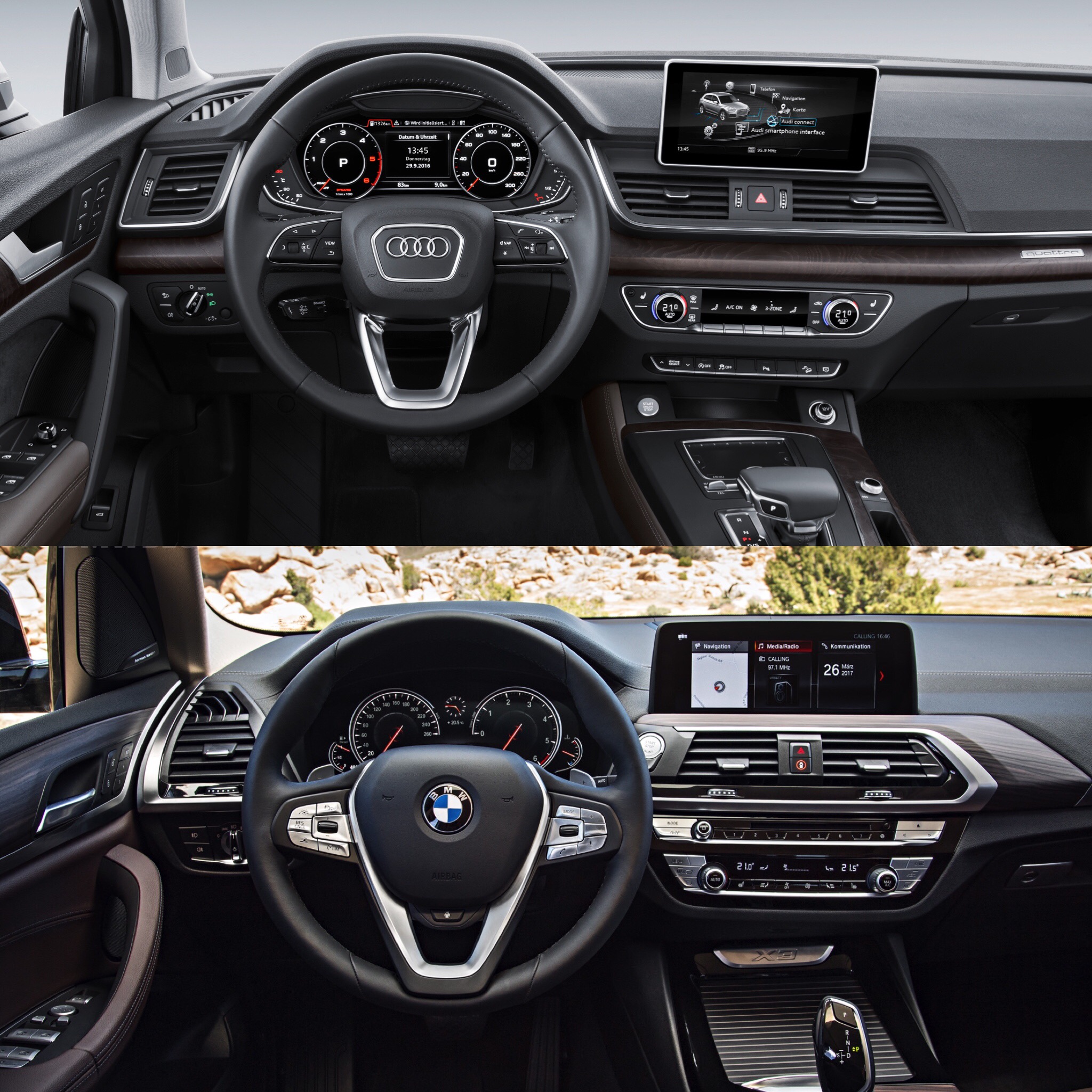